New York’s average gas price is down 5 cents from last week, averaging $4.95 per gallon, according to an announcement by AAA Northeast. 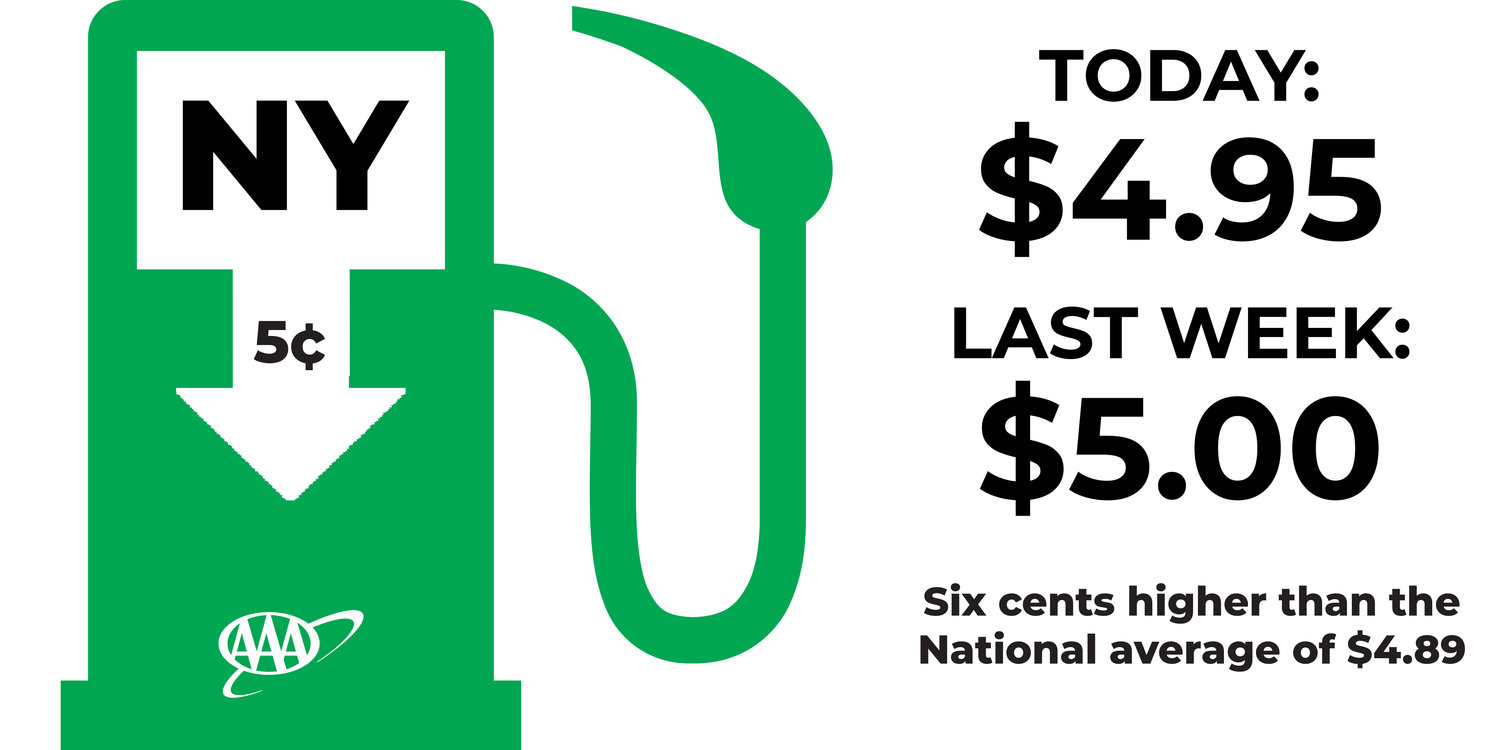 UTICA — New York’s average gas price is down 5 cents from last week, averaging $4.95 per gallon, according to an announcement by AAA Northeast.

A drop in the global price of oil helped the national average for a gallon of gas to fall for a second week to land at $4.89. Economic fears of a potential global recession leading to less demand for oil dropped the price to around $107 per barrel, down from $110 last week.

“Fear is not a good reason to move a market like the one for oil, but it is a powerful motivator,” said Patti Artessa, AAA Northeast regional director of public and government affairs. “The cost of oil accounts for nearly $3 for every $4.89 at the gas pump. Consumers should find more relief when fueling up if oil prices drop further.”

Locally, the average cost of a gallon of gas in the Utica/Rome area was just above the state average at $4.96 per gallon, the AAA report showed.