FX’s ‘The Bear’ roars on TV with word of mouth, critic love

The new FX series “The Bear,” streaming on Hulu, did not qualify for an Emmy Award nomination this year ...

FX’s ‘The Bear’ roars on TV with word of mouth, critic love 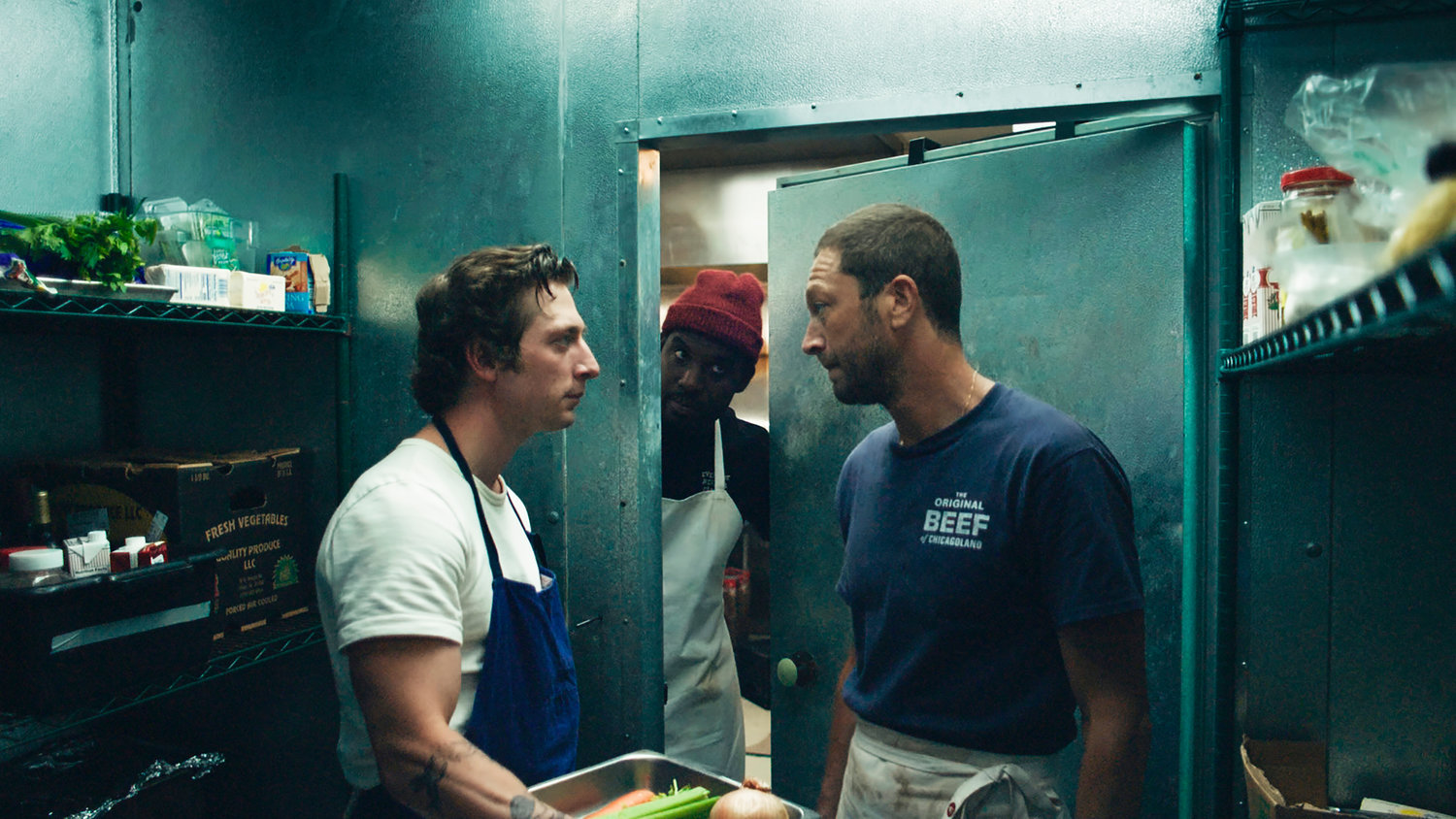 This image released by FX shows Jeremy Allen White, left, and and Ebon Moss-Bachrach, right, in a scene from "The Bear." White stars as Carmen "Carmy" Berzatto, a five-star chef running a Chicago dive sandwich shop that he inherited from his older brother. (FX via AP)
AP 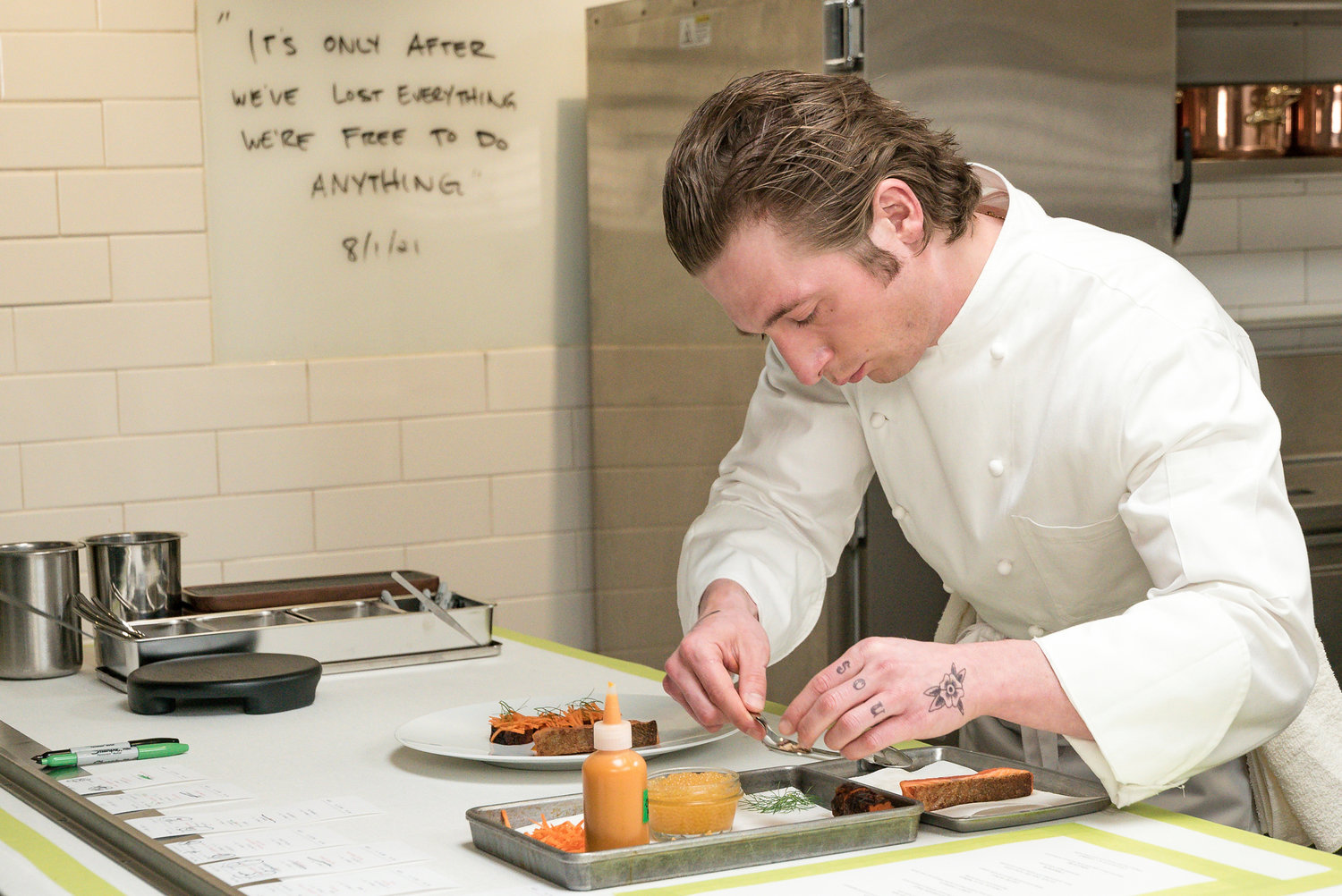 Jeremy Allen White in a scene from “The Bear.”
(FX via AP) 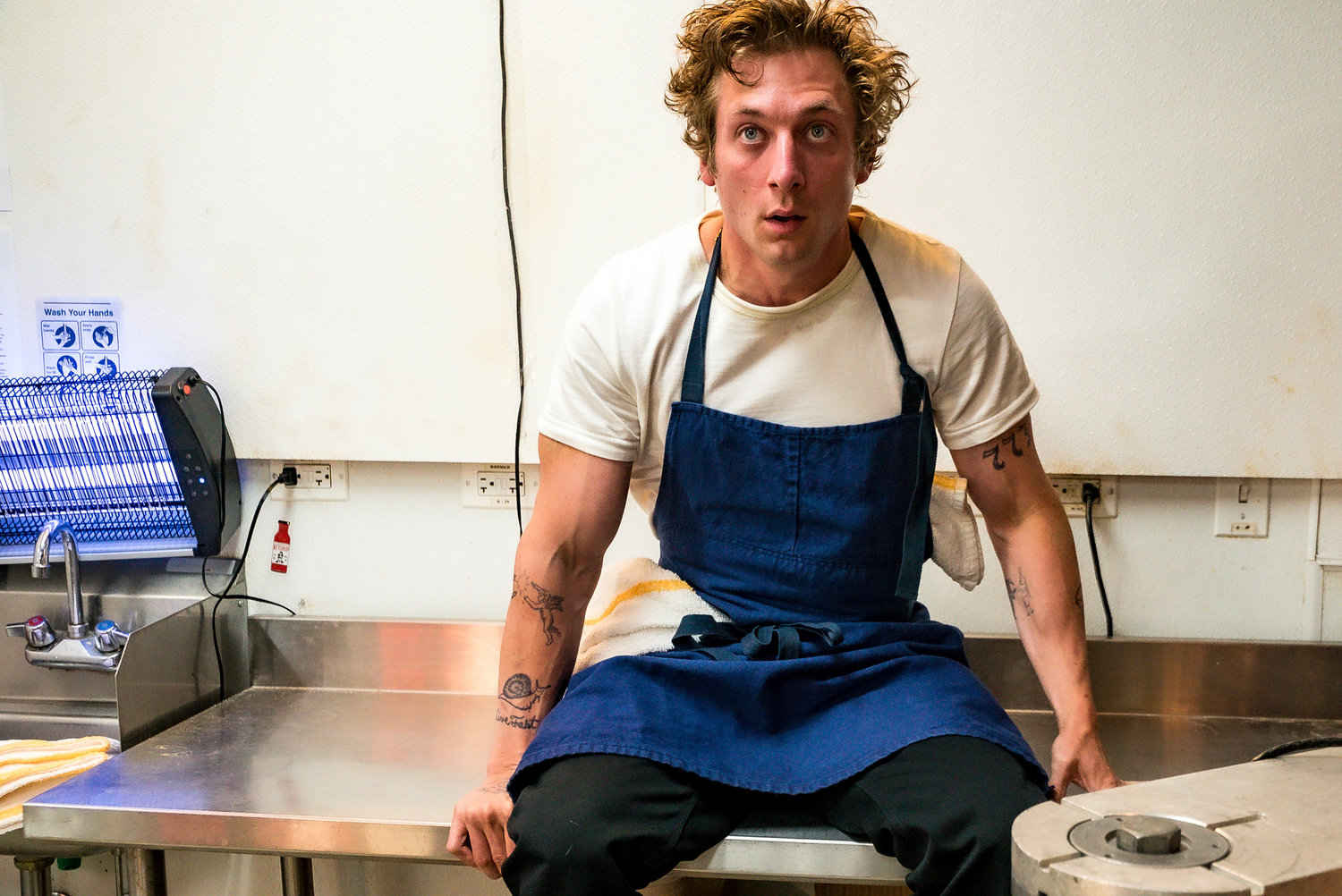 This image released by FX shows Jeremy Allen White in a scene from "The Bear." White stars as Carmen "Carmy" Berzatto, a five-star chef running a Chicago dive sandwich shop that he inherited from his older brother. (Matt Dinerstein/FX via AP)
AP
Previous Next
Posted Saturday, July 16, 2022 8:00 pm
Associated Press

NEW YORK — The new FX series “The Bear,” streaming on Hulu, did not qualify for an Emmy Award nomination this year but if its immediate success and popularity are an indicator, it could be a major contender next year. FX announced its season two pick-up on Thursday.

Jeremy Allen White (“Shameless”) stars as Carmen “Carmy” Berzatto, a James Beard Award-winning chef who has worked in some of the world’s best restaurants, He returns home to Chicago to run his family’s dive sandwich joint, called The Beef, after his older brother Mikey takes his own life.

Viewers meet Carmy a few months after his brother’s death and are immediately confronted with the chaos and mess of both the business and state of this kitchen — it’s an unorganized, struggling, dirty mess. Mikey was behind on vendor payments, could barely make payroll and now it’s Carmy’s problem. Carmy wants to class up The Beef, with menu changes and proper kitchen protocol, much to the dismay of its employees. The show moves extremely fast with natural dialogue that seems off-the-cuff. It’s not. The cast is just that good.

White would often speak with the show’s creator, Christopher Storer, about how they wanted the viewers to feel while watching. “It’s connecting with people in the exact way we hoped for,” said White.

When he read the script, White says “my heart broke for Carmy” because the character has no life outside of the kitchen. “His identity is so wrapped up in being a successful chef. The stakes seem so high for him all the time. If he fails, I believe that Carmy feels as though he would die. That’s how high the stakes are in his head all the time. And I think that’s such an exciting thing for an actor to play, because you aren’t allowed a casual moment.”

White tells The Associated Press about learning to cook for the role, what he imagines for the second season and what he learned from working with William H. Macy on “Shameless.”

AP: What would you like to see happen in season two?

WHITE: Chris and I have talked broadly about some ideas. We want to get into fine dining a little bit more and Carmy opens more of the restaurant of his dreams and then let’s say Carmy does find success, is that going to make him happy? Is he going to be OK or not? I think that’s an interesting thing to play with, too — to give a character kind of everything they thought they wanted and then to see if that makes them OK.

AP: Talk about the training you had to take on this role.

WHITE: For almost a year I was working with different chefs in different restaurants, going to culinary school, and it was really exciting to start to understand a character through studying a skill they’ve learned. I’ve never worked so hard at a skill for a character ever before. It was a nice way to get to know Carmy through that process.

AP: What was it like going from being a part of “Shameless” for 11 years (playing one of William H. Macy’s many children), to being The Guy on a show?

WHITE: I guess I’m The Guy but I find our show to be a lot like “Shameless,” where it is a really big ensemble. And while I might be No. 1 on the call sheet, which doesn’t seem like that important of a thing, it is such an ensemble, so it didn’t feel that different to me. That being said, when I signed on to do it, I thought about Bill Macy because Bill was our leader.

He set the tone and we’ve all admired him for 11 years, not only for his abilities as an actor, but the way that he behaves on set and the amount of respect he has for the rest of the cast, whether they’re there for a day or 11 years, like us, and for the crew. He never complains. He’s a lovely presence on set so I think all of us on “Shameless” were really lucky to have him as sort of like a compass for what No. 1 one on the call sheet should look like.