Oneida officials received some stern words about the lack of support for the feral cat program from a former councilor and a number of homeowners. 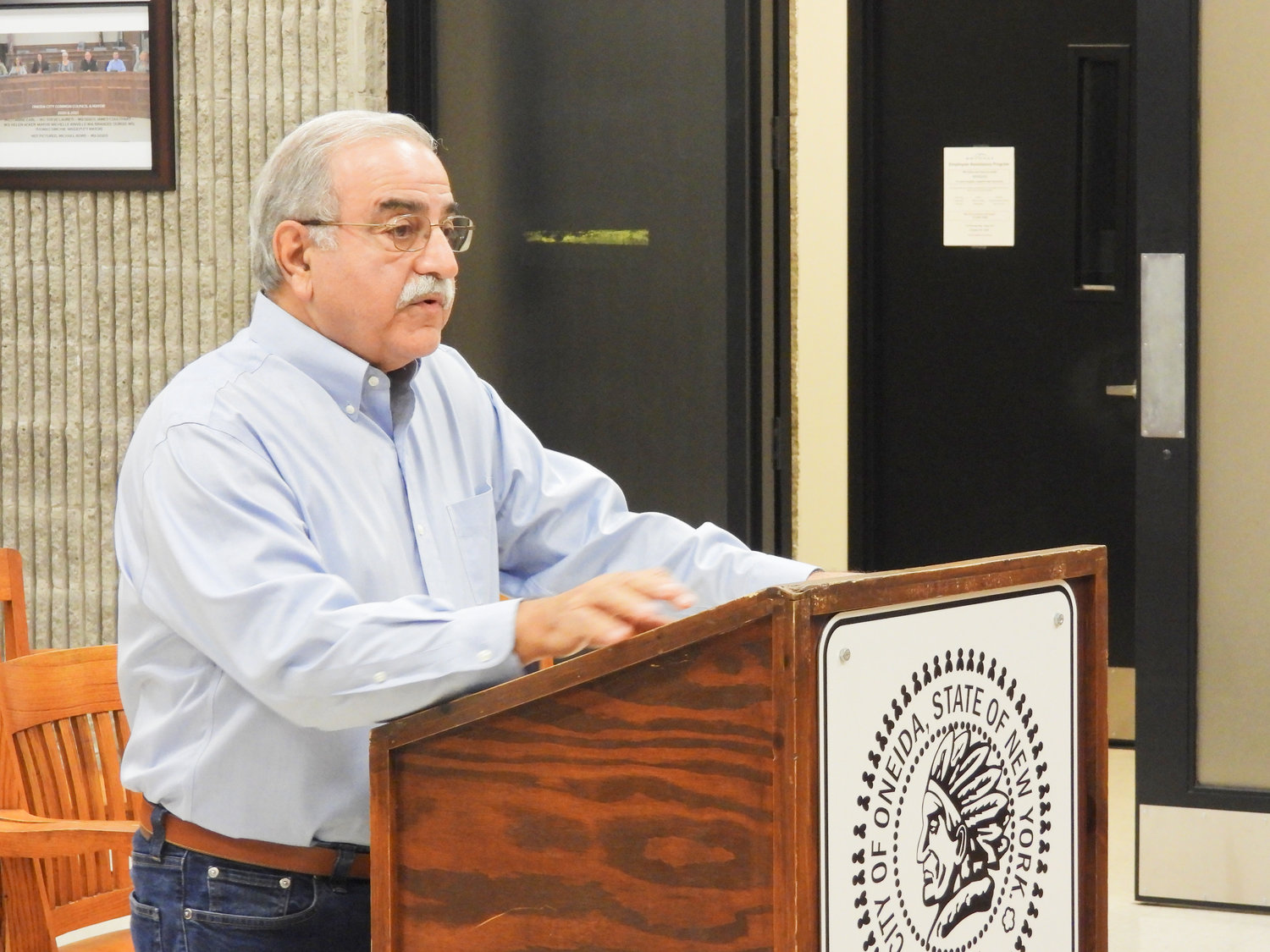 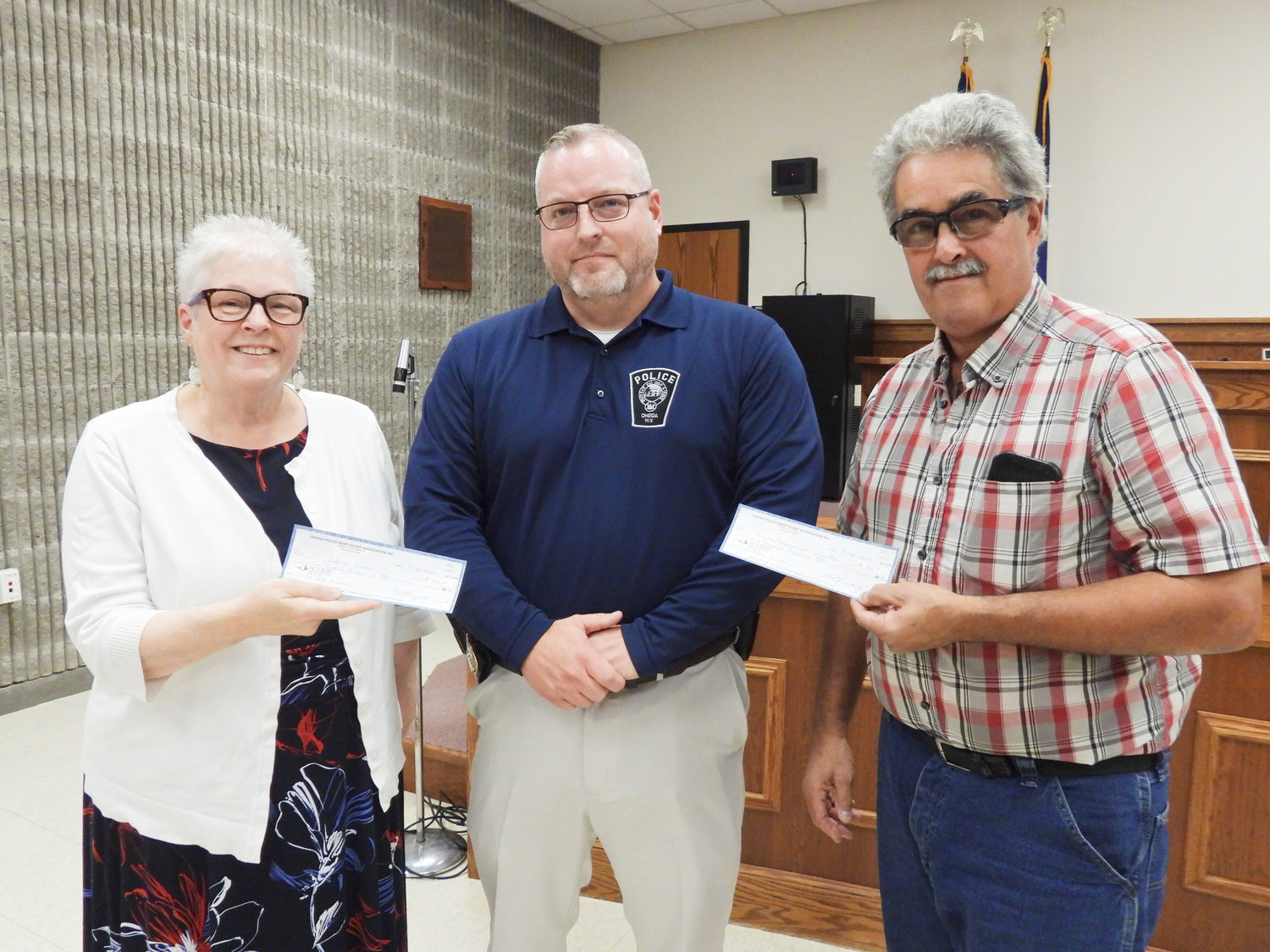 At the Tuesday, Sept. 20 meeting, Oneida Police Sgt. Mike Burgess, center, presents Oneida Improvement Committee President and Supervisor Joseph Magliocca with a check for $500 to help fund the Oneida Cat Committee’s efforts to trap, neuter, and release; $500 was also presented to Mayor Helen Acker to go towards construction of the new dog park in Oneida.
(Sentinel photo by Charles Pritchard) 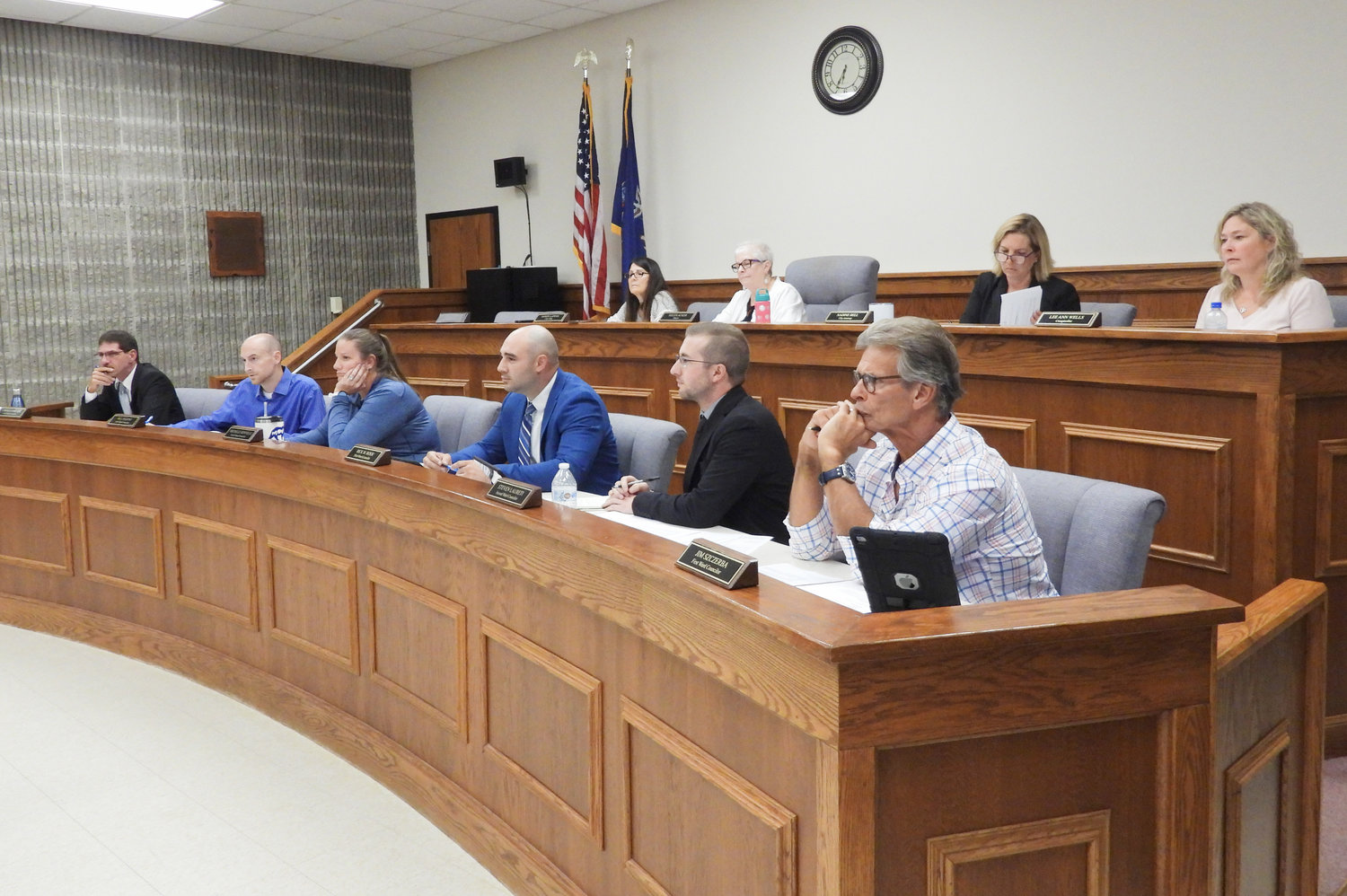 ONEIDA — Oneida officials received some stern words about the lack of support for the feral cat program from a former councilor and a number of homeowners working on homes in the city requested extensions at the Common Council’s regular meeting on Tuesday.

At the previous Common Council meeting, the Oneida city council denied a request from the Oneida Community Cats Committee for additional funding totaling $2,000 five to one — citing a problem too large and efforts too small to make a significant impact.

Ward 6 Councilor Tom Simchik was the lone vote in favor.

At Tuesday’s meeting, former Oneida Councilor Brahim Zogby said he was concerned about the council’s current stance regarding the Oneida Community Cats Committee.

“This has been a group of volunteers who have been working diligently on behalf of the city to get rid of a problem,” Zogby said.

“In turning down the money, there was no thank you for what’s already been done. No one on the council has ever trapped an animal, put that trap in your car, travel to a veterinarian, get it fixed, and then return it,” Zogby said.

“The question [last meeting] was [did the committee] get any grants?” he continued. “And my question is did you, the council?”

Ward 1 Councilor Jim Szczerba said in his research, the only way that trap-neuter-release programs are effective is when roughly 75% of the cat population are trapped at the same time — and the big problem is that cats can reproduce every six months.

“To take a handful of cats at one time or take just one cat to the vet is like bailing out a sinking boat with a teacup,” he added.

Both Szczerba and Zogby agreed on the point that a solution would be to hire a professional to capture a large amount of cats at one time — but then comes a new problem.

“The feral cat problem has been discussed in this city for years,” Magliocca said.

“The city has, for lack of a better phrase, has thrown money at different organizations with really no results... Would it be best to do a super-majority trapping all at once? Absolutely. That would cost a significant amount of money, but what limits the trappings are cost-effective vet appointments,” he added.

Magliocca explained that at this time, it costs $89 for male cats and $129 for female cats that are trapped. And this price is greatly reduced compared to a normal operation for a pet owner.

Magliocca said the Cat Committee is looking at vets well outside the Madison County area.

“But these are volunteers using their time and personal vehicles to do this because of their love for the animals,” Magliocca said.

“So either we turn away from the problem and ignore it or begin to address it. It might not be the best solution, but it’s the beginning of a solution,” Magliocca said.

“The Cat Committee can do three to four times the monthly trappings we do now and financing is a key part of that. But donations alone will not make this successful. In my opinion, the city needs skin in the game,” he said.

Magliocca added that at the next meeting, the Cat Committee will organize just how many colonies there are in Oneida and how many can feasibly be trapped per month and the costs it would entail.

The effects of COVID-19 are still being felt among those working on homes in the city of Oneida as supply chain issues delay rehabilitation projects.

Property owners who spoke at Tuesday’s meeting include:

Each one who spoke before council had the same story: supply chain issues are preventing them from finishing their rehabilitation projects in a timely manner.

According to the Associated Press, consumer inflation reached 7.5% over the past year — a 40-year high. This, coupled with high demand and tangled supply chains, has created scarcity for products.

“I’m on a six to eight month waiting list for a furnace,” Ellis said. “That’s going to hold me up from doing the plumbing and everything else.”

“We’ve been having a terrible time getting supplies,” Decharo said. “We get one house done, but then we get held back and then it’s a domino effect.”

For people like Ellis, an extension of one year was needed. In a worst case scenario, Ellis could be looking at nine to ten months before his property has its furnace installed and is ready.

The Common Council granted each of the property owner’s request for an extension on their rehabilitation projects.