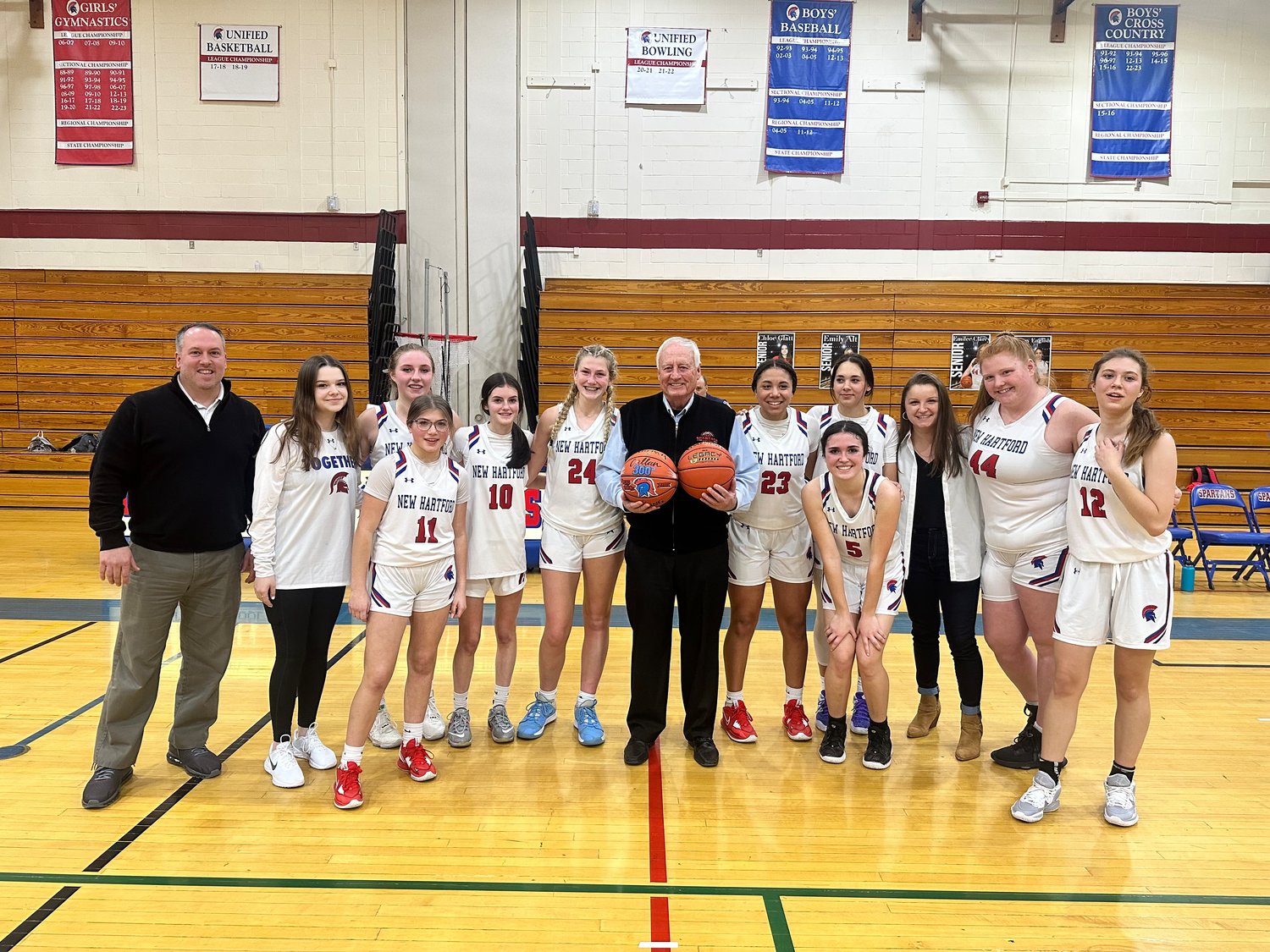 The original “four seasons” he planned eventually turned into more than 20 and 300 wins while guiding the program. The longtime New Hartford coach reached the 300-win milestone Friday in a win over Holland Patent.

The 72-year-old Callan reached the milestone as he nears another one: He’s planning to retire at the end of this basketball season.

“It has been a fun ride,” Callan said. “My dad always told me: You’ll know when to walk away from anything. … This is ‘when.’”

He has a 300-144 record along with a handful of Tri-Valley League titles, two sectional titles and an appearance in the state semifinals at New Hartford.

“(The 300th win) was an emotional time for me and the kids,” said Callan, who retired as an insurance agent at the end of 2022. “I tell people: I didn’t make a free throw or a basket. It is a team thing.”

He’s been coaching for more than 50 years at various levels, he said. In addition to basketball, he also coached baseball and tennis. Callan points out that while other coaches usually begin guiding teams in their 20s, he didn’t start as the New Hartford program’s head coach until much later. His first season as New Hartford’s head coach was the 1998-99 season.

“It just mushroomed (into continuing to coach),” said Callan, who notably coached Andy Van Slyke, who went on to play 13 Major League Baseball seasons. “I loved it. … I had my own business and I could afford the time. I just kept doing it.”

Along the way leading the program, he coached his daughter, Chelsea, and various other standout players such as Amanda Cavo, Nicole Karam, Jennifer Fleischer and Kaia Henderson. He said he has tried to treat all of his players the same.

Like all things, there have been challenges, he noted.

“It hasn’t been all roses and perfume,” Callan said, acknowledging he’s “an old school” coach.

What will he remember the most about his tenure coaching the New Hartford program?

“It is when the kids come back and say to you ‘thank you,’” said Callan, who noted that he tried to impart guidance even in tough losses. “The most important thing is that it has been fun. You don’t do it for as long as I have if it wasn’t fun. We’ve won big games. We lost big games. But, we’ve won a lot more than we’ve lost.”

Callan said he has told his players a few times he’s retiring at the end of the 2022-23 campaign. He said he’s hopeful Richards might be the next coach of the program.

“I’m going to ride off into the sunset,” he said.

Callan has eight grandchildren and is looking forward to spending more time with them. He has a house in Naples, Florida. He said he plans to spend at least “five or six months” of the year there with his wife, Susan.

“I want to go there and sit there and read a book,” he said.