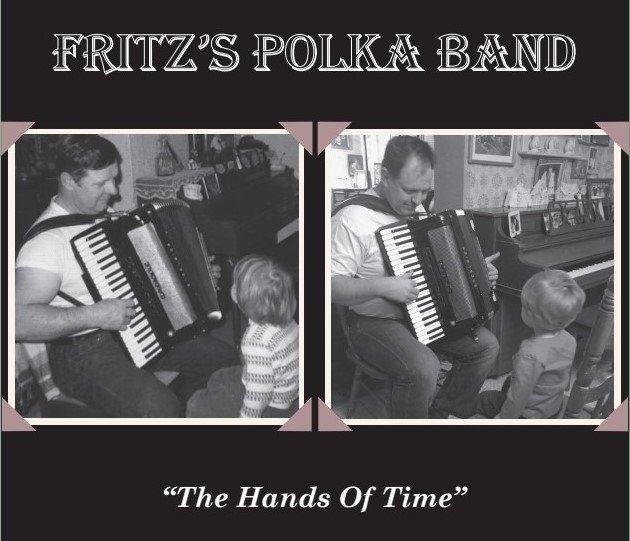 HANDS OF TIME — Fritz’s Polka Band has announced the released of its 20th recording, “The Hands of Time.”  The album, with its cover shown above, was released on Friday, Oct. 1.
(Photo submitted)
Posted Friday, October 15, 2021 4:00 pm

VERONA — Fritz’s Polka Band has announced the released of its 20th recording, “The Hands of Time.”  The album was recorded at SubCat Music Studios in Syracuse, and features 11 original songs. It was released on Friday, Oct. 1.

“My band has been playing some of the tunes that appear on this album at gigs, and they’ve really been going over quite well with the various audiences we’ve played for,” Scherz said. “I think the fact that the styles of songs on this album being so eclectic is a good thing, because there’s basically a tune for every mood someone might have.”

In addition to the band, the album also features several special guest performers.

“The special guests on this album really made it extra special, too,” said Scherz.

Among the songs, and guests, include:

How Can I Kiss Those Lips?;

I Know I Should;

Oktoberfest Is Here Again; and

Steins (with Ron Keck); and

A cover of All Along The Watchtower.

The Hands Of Time  is available from various online outlets which are posted at the website fritzspolkaband.hearnow.com, at Fritz’s Polka Band shows and by mail order. Information on ordering by mail can be found on the band’s website.

In October 2018, the bank marked its 40th anniversary, its announcement added.