What makes the Great New York State Fair is its people. Nearly half a million have turned out so far for the 2022 event. 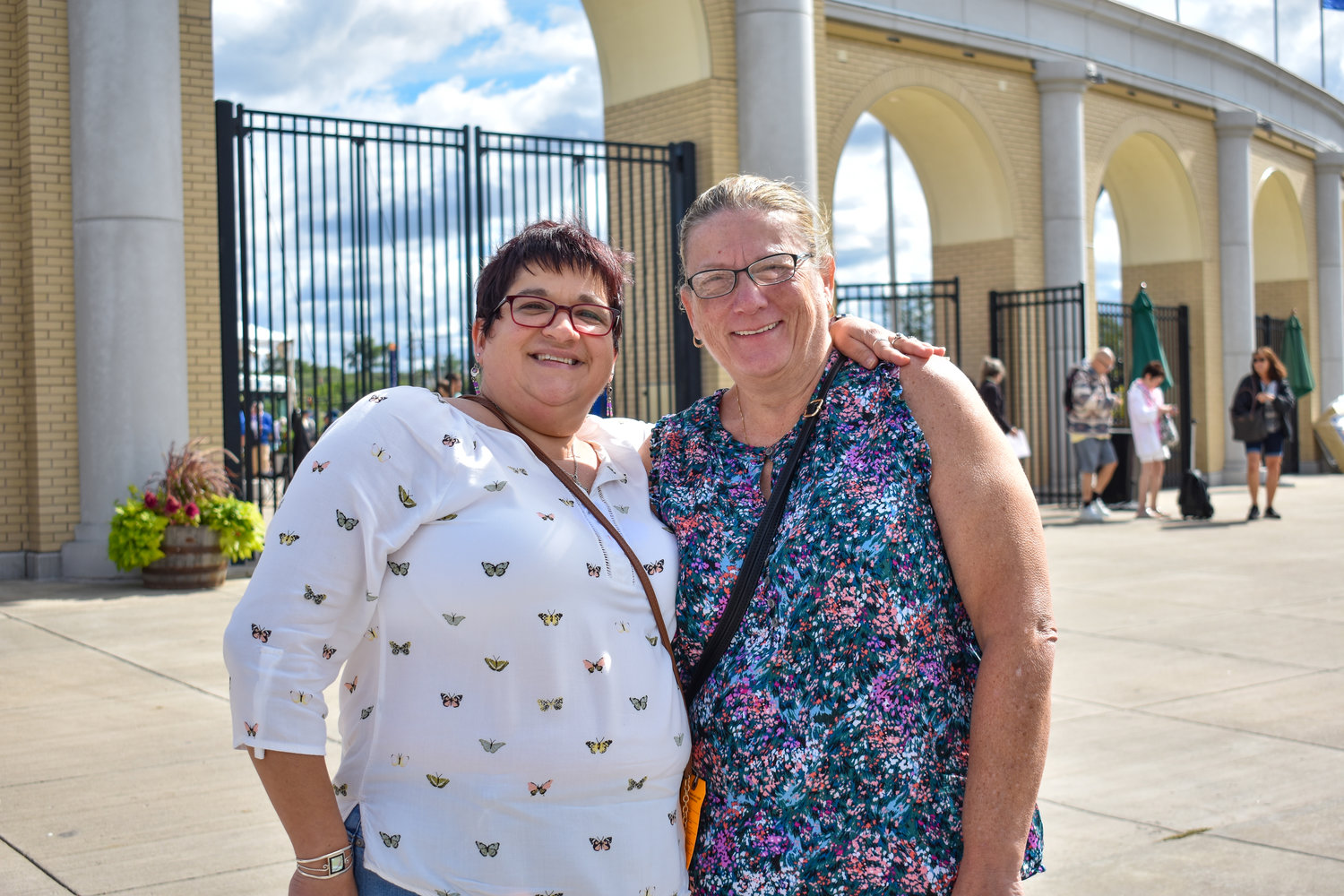 Best friends Leah Richmond, of Rome, and Karen Stepanick, of Utica, had simple motivations for attending the New York State Fair on Thursday, Sept. 1 — "food, drink, and wine coolers."
(Sentinel photo by Carly Stone)
Posted Thursday, September 1, 2022 10:20 pm
Carly Stone
Staff writer
email / twitter
GEDDES — What makes the Great New York State Fair is its people. Nearly half a million have turned out so far for the 2022 annual event, bringing along with them their cultures, colorful personalities, and curious minds.
Some people come from far, but others come right from this neck of the woods.
Best friends Karen Stepanick, of Utica, and Leah Richmond, of Rome, had simple motivations for attending: “food, drink, and wine coolers.” This was their first time back in several years, and they were hoping to take in the fair for all it’s worth while enjoying time together, just the two of them.
Some shopping is in store, and if they’re up for it, a spin around the carousel for the nostalgic feel, the two shared.
For many, exploring the fair is a yearly tradition.
70-year-old Richard Ferro, of Binghamton, has been a longtime attendant since coming with his parents as a kid. “I just like to hang out, and I people watch, and I like to look at the exhibits, usually catch one of the musical shows,” he shared of his plans for the day. He said he looks forward to enjoying the “decadence” of the experience, “letting your hair down for the day, not that I have any hair left,” he joked, and enjoying “garbage food” for the special occasion.
One married couple traveled from Connecticut to attend and have come three times so far this season. Since one of them is a Syracuse University alumni, they make an effort to come back every year.
In support of Armed Forces Day — Thursday, September 1 — Jenesis Fabian and Morgan Tilebein, of the Navy Reserve Center of Syracuse, paid a visit while dressed in uniform and planned to watch the parade later that evening.
“I love celebrating the state of New York,” said fairgoer Anne McArdel.
“Growing up on Long Island, there are a lot of people who don’t realize how huge New York actually is,” she commented. Living in Syracuse now as a frequent fair returner, she speculated that her passion for the state’s annual event started first with family visits to the Dutchess County Fair.
There’s so much to appreciate in New York, from the dairy industry, the Adirondacks, and the food, and the state fair packs that spirit all into one place, Mcardel said.