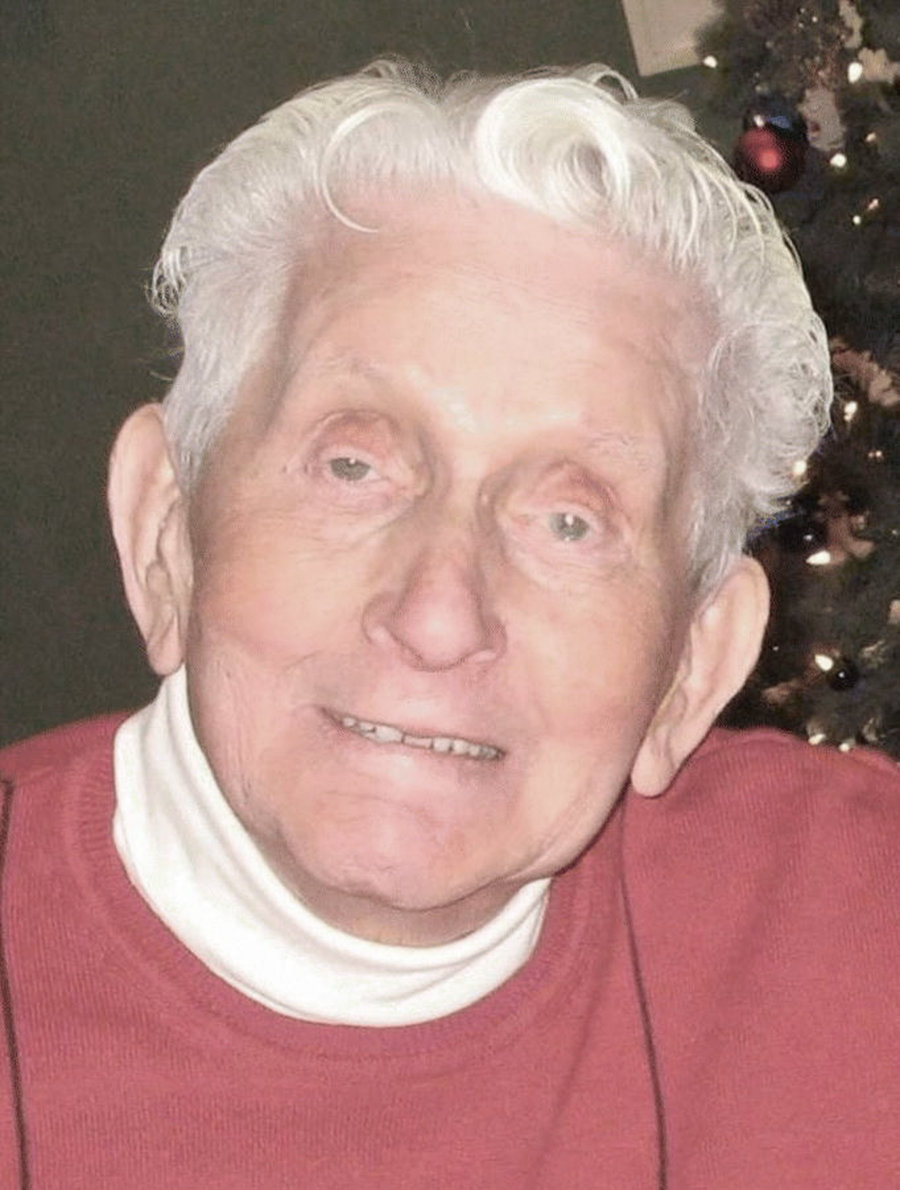 Frank E. Buicko of Schenectady and formerly of Rome, NY, passed away on the second day of his 100th year on Saturday, October 8, 2022, with his family by his side. Frank was born on October 6, 1923, in Rome, the son of Andrew and Anastasia Czerkies Buicko.

Frank married the love of his life, Betty Muldoon Buicko on Valentine’s Day in 1953 and they would share their life together for 65 years until her passing in 2018. They were truly soul mates until the end and even beyond. As Dad was passing, he looked up and said, “That’s my wife! You found me!”

Frank was employed for 40 years at Revere Copper and Brass in Rome. After his retirement from Revere, he was very active in the community, volunteering at Bethany House and the Rome Hospital for many years. He also worked as a greeter at Nunn and Harper Funeral Home.

When Frank was in his 40’s, he quit smoking and started running. Frank joined the Roman Runners and participated in many 5K and 10k events, winning several trophies and recognition for his age group well into his 70’s. He was an avid Red Sox fan, loved to bowl and would never miss the chance to belt out a song. Frank was a real charmer and even in his later years was known to greet women with “Hello, Beautiful!” and kiss their hand.

Frank was a devoted husband, father, grandfather, and great-grandfather. While Frank never boasted about himself, he was so proud to share all of the things his children and grandchildren achieved. He loved going to his grandchildren’s many sporting events and was the honorary opener of Rivers Casino in Schenectady when he rolled the first dice on February 8, 2017.

Frank was the “fun” Uncle to his many nieces and nephews as well as the Buicko family patriarch. He loved their extended family gatherings and could always be expected to challenge one of the nephews to arm wrestling (and he frequently won!) Many of our family traditions, especially songs, were ones that Uncle Frank sang at family parties, and he would always leave an event with a parting, “Irene, Good-night” and his signature, “Don’t we have a nice family?”

Surviving are his children, David Buicko (Christine) of Schenectady, NY, and Shawn Buicko of Clifton Park, NY; grandchildren, Dr. Jessica Lopez (Dr. Michael), Delray Beach, FL, Joseph Buicko (Kerry), Houston, TX, and Ryan Buicko (Alex), Austin, TX; and great-grandchildren, Luke, John Patrick, Lola and Beau. Also survived by the mother of his grandchildren, Maria Buicko; Holly Allen, his longtime caregiver who was like another daughter to him; and a wonderful, loving extended family of nieces and nephews. In addition to his wife, Betty, and parents, he was predeceased by his siblings, Andrew Buicko, Jane Miller, Carol Robin, and Sophie Gorski.

In lieu of flowers, contributions may be made to The Foundation for Ellis Medicine, 1101 Nott Street, Schenectady, NY 12308, www.ellismedicine.org/foundation/pledge.aspx; or to Double H Ranch, 97 Hidden Valley Rd, Lake Luzerne, NY 12846, https://www.doublehranch.org/donate.

The family wishes to thank Kingsway Community, especially the staff at Kingsway Arms C- Wing for their kindness and care to Frank over the years. We particularly want to express our deep appreciation to Shaheeda Dhanessur for her long-time love and devotion to both Dad and Mom during their stay at Kingsway.

You may view the obituary and send a message of sympathy at www.nunnandharper.com.