Four state corrections officers were injured — including one who was hospitalized — after an inmate attacked at the Mohawk Correctional Facility in Rome on Monday, according to the New York State Correctional Officers & Police Benevolent Association.

Authorities said a male inmate, age 29, attacked an officer who was seated at an officer’s station on Monday, repeatedly punching the man.

Authorities said the officer was able to get away and several other corrections officers were called as back-up, all while the inmate started smashing and throwing equipment at the station.

The inmate refused to surrender, authorities said, and had to be wrestled to the ground. Officials said a blast of pepper spray caused the inmate to finally become compliant.

He was hand-cuffed and treated at the prison infirmary before being placed in special housing to await disciplinary charges.

The inmate, whose identity was not released, is serving a seven year sentence after being convicted in Oneida County in 2017 for weapon possession, authorities stated.

The first correctional officer who was attacked suffered a laceration to his lip and pain to his eye, cheek, elbow and nose, officials said. He was treated at Rome Health and received five stitches to close the cut.

Three officers who responded as back-up were treated in the facility for wrist, chest and arm injuries, officials stated. 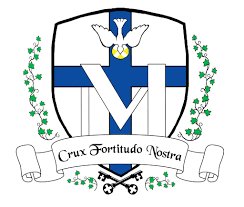