SYLVAN BEACH — Four new rides, as well as continued upgrades to the park and historic Yesterday’s Royal restaurant are part of the plans ahead for Sylvan Beach Amusement Park.The amusement park … 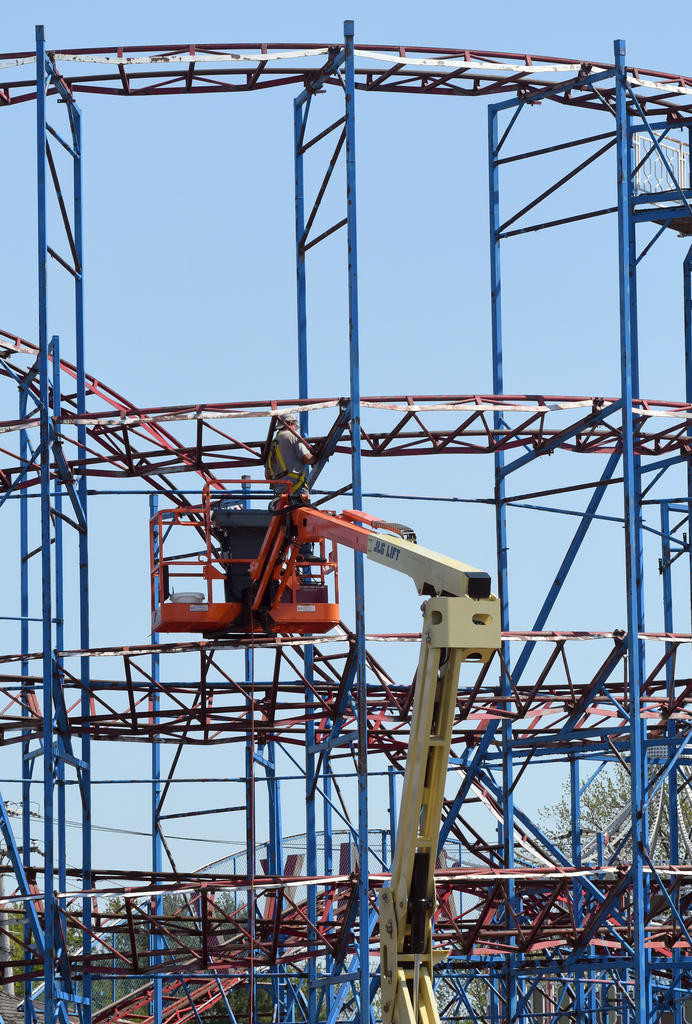 CHECKING IT TWICE — A worker checks out the Galaxi Coaster at the Sylvan Beach Amusement Park earlier this week as park staff puts the finishing touches on the park in anticipation of its opening today. The park will once again welcome visitors looking for laughs and thrills. (Sentinel photo by John Clifford) 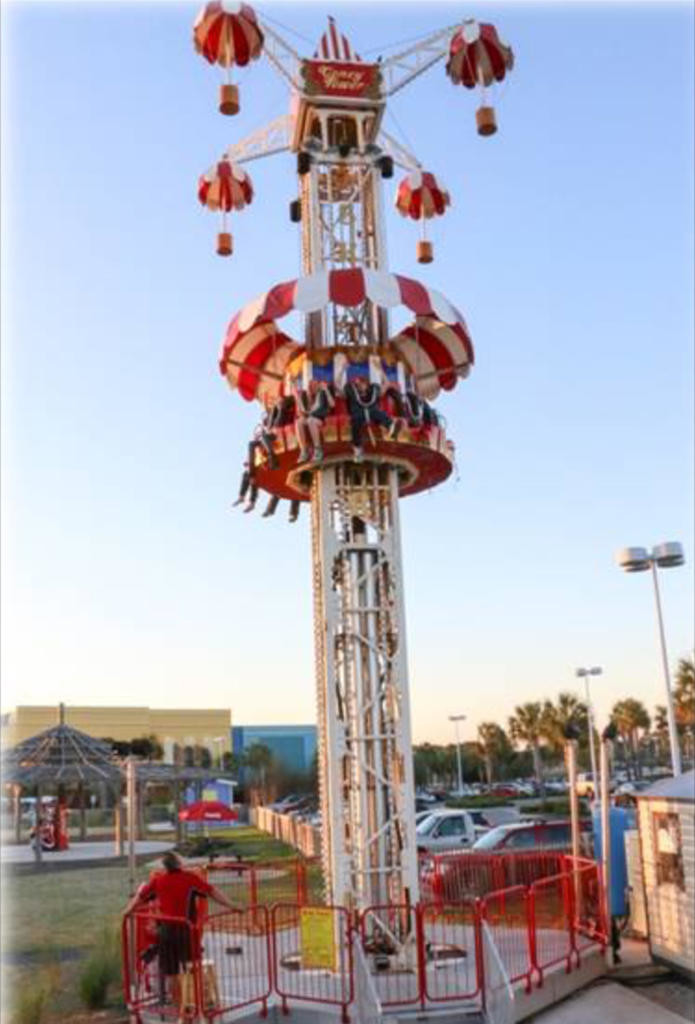 NEW RIDE — One of four new rides scheduled to be added to the Sylvan Beach Amusement Park is shown in a prior location in this photo courtesy of Douglas Waterbury, owner of Empire Attractions, which operates the amusement park. (Photo submitted) 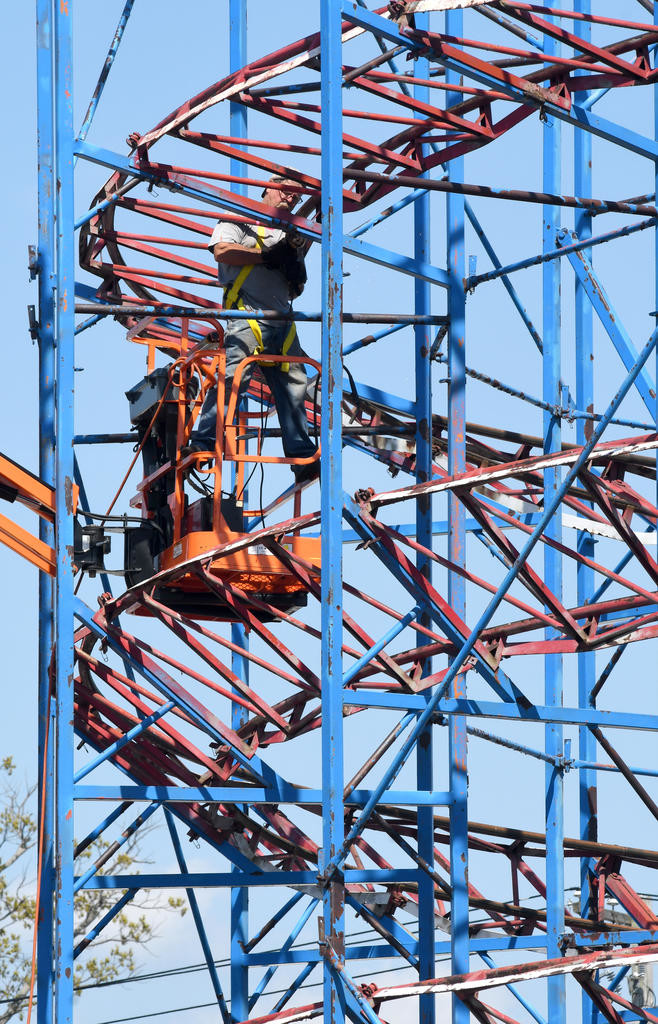 GETTING ATTENTION — The Galaxi Coaster at Sylvan Beach Amusement Park gets attention as the park will be opening up Friday. (Sentinel photo by John Clifford)
Previous Next
Posted Friday, May 26, 2017 4:10 pm
Nicole A. Hawley
Staff writer
email

SYLVAN BEACH — Four new rides, as well as continued upgrades to the park and historic Yesterday’s Royal restaurant are part of the plans ahead for Sylvan Beach Amusement Park.

The amusement park will begin its season on Friday and will be open weekends only until school lets out. Once summer is in full swing, the park will be open to patrons Tuesday through Sunday, as well as holiday Mondays, said Douglas Waterbury, owner of Empire Attractions, which operates Sylvan Beach Amusement Park.

Waterbury said as part of a long-range plan for the park, on-going repairs, restorations and upgrades have continued for more than a decade.

“One thing to keep in mind is that a lot of things need to be done before all the fun and colorful stuff, which includes housekeeping issues like electrical boxes, computer and telephone systems, rides, equipment and mechanical systems — things that need taking care of while making sure our operating needs are being met,” he said.

But as part of the “new fun and excitement,” the owner said he is thrilled to add four new rides to the amusement park, as well as some new arcade equipment.

“We’ve been waiting a long time to increase our ride count and now we have the budget to make it happen,” Waterbury said. “We’re adding four new rides, which takes our rides up to 28, which is exciting.”

He said, “We recently bought two new rides from two different companies, one in Panama City and another from Daytona Beach, Fla. and had them shipped here by truck about a month ago. We had to hire cranes down there and up here to put the rides on the truck to transport, and huge forklifts” to install it.

As for upgrades to the historic landmark, “We’re speculating it will be something in the range of $750,000 to $1 million over the next 24 months for its restoration,” the owner said. “It’s historic landmark property, and it’s very deserving of the investment, which we appreciate very much. Regional folks have worked with us very closely to help make it happen. It’s somewhat of a matching grant, so we have to put in a significant investment of our own as well.”

Between the restoration of Yesterday’s Royal and the new rides, the investment into the park over the next 18-24 months will be at least $1.5 million, Waterbury said.

Of the rides, the most significant addition is the Sky Tower, which is a 60-foot tower with “spectacular light fixtures that’s very dramatic and will be the focal point of the park,” he said. “It will be located near the carousel. Because these are sophisticated rides, they will require sophisticated installation for strength and stability.”

Waterbury said the Sky Tower is a 2009 model, but new cables and pulleys, as well as cosmetic details, have been added to the ride to give it the “overall look and feel of the park.”

“There are only 3-4 of them in North America, and the closest is located in Coney Island,” he said of the Sky Tower. “It takes you up and drops you quickly, and gives you that sensation in the pit of your stomach. It’s fun and colorful — by day and night.”

Also among the new rides will be a Kite Flyer, which consists of 2-3 feet long bench seats with a hang glider over the top. The hydraulic bench has riders going in all different directions as they spin around in a circle, Waterbury explained. The owner said another new “kiddie ride” will have a pirate/nautical theme, and the fourth ride will be a gyroscope, twisting and turning riders in all directions that can seat up to six people.

All the new rides will eventually be phased into the park during the months of July and August, Waterbury said.

In addition to the new rides and continued renovations, Waterbury said his business has also acquired some artists who will paint murals and add a bit of fun nostalgia to the park’s atmosphere.

“Park artists will help with our signage and cosmetics on the rides, and possibly paint murals on the main sides of buildings,” Waterbury said. “The public might come and see more typical upgrades being done, but we hope they’ll also see more detailed artistry —adding a little more flavor and taking advantage of open space — other ways of bringing smiles to young and old.”

Other renovations include upgrades to the restrooms and some painting to the buildings.

“We have a lot of earth tones there” on the property, Waterbury said. “But every time we refinish a building or add a new roof or do some exterior work, we try to add a more fun and playful look. We want to look like a retro blast-from-the-past amusement park.”