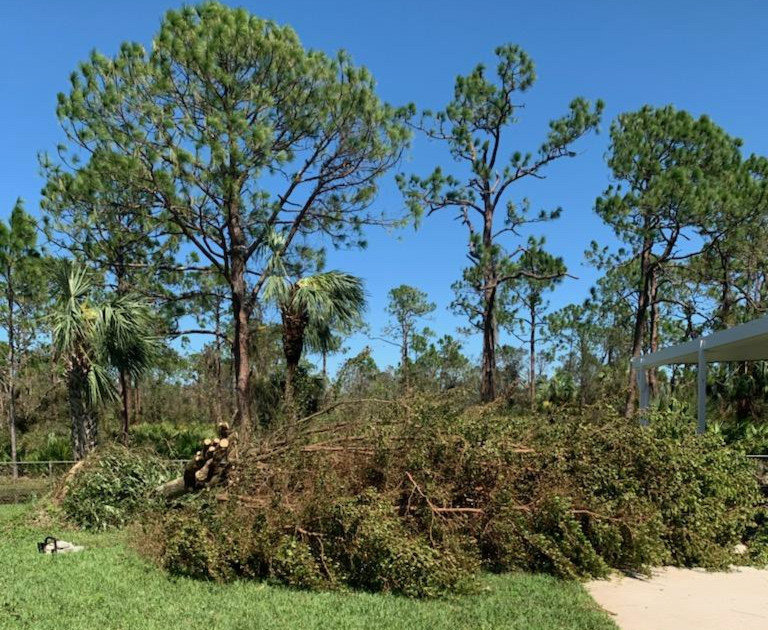 Pictured are trees that were battered by Hurricane Ian in Fort Myers.
(Photo courtesy Megan Arpasi) 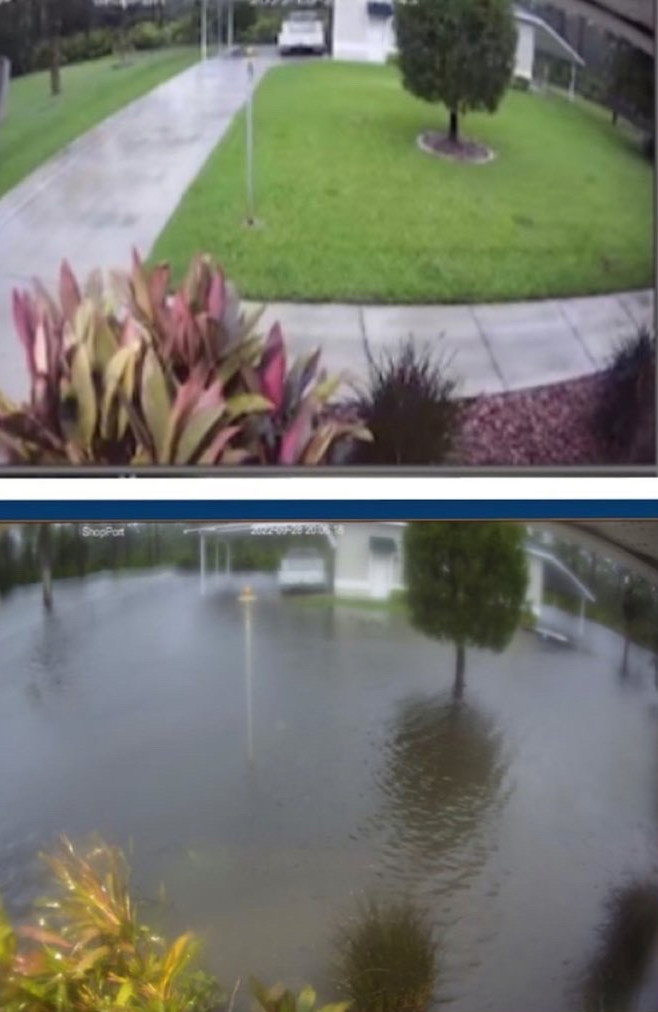 Early Friday, a revived Hurricane Ian threatened coastal South Carolina and the historic city of Charleston with severe flooding Friday after the deadly storm caused catastrophic damage in Florida and trapped thousands in their homes.

With South Carolina’s coast under a hurricane warning, many left Charleston for higher ground and store owners used sandbags to ward off high water levels.

Ian left a broad swath of destruction after it came ashore Wednesday on Florida’s Gulf Coast as one of the strongest storms ever to hit the U.S. At least seven people were confirmed dead in the state. That number is likely to increase as officials confirm more deaths and continue searching for people.

Floridians like Fort Myers area resident Megan Arpasi — who has family ties in the Mohawk Valley region — were picking up the pieces on Friday.

Arpasi said, “We unfortunately got the eye wall of the storm which is the most dangerous. So we had 150+ mile per hour winds for over eight hours. It was the longest and most extreme hurricane I’ve ever been through. Then came the storm surge and within minutes it was coming inside our garage.”

“... I honestly don’t know how our roof didn’t come off, it sounded like it was going to,” she told the Daily Sentinel. “Our home is concrete block and has roll down shutters and it almost sucked our front doors and sliding glass back doors out. It was the scariest thing I’ve ever been through.”

She added, “Fort Myers beach is decimated, and (at) Sanibel Island the bridge collapsed in one area so people are taking boats trying to rescue survivors on the island.”

At a neighbors home, the bottom floor flooded and all possessions were destroyed, she said.

“Neither of my neighbors’ homes are livable,” she reported, adding that an older couple who lives near her were stuck trying to evacuate. They rode the storm out in a driveway that was high enough to not be underwater.

Friday afternoon — as cleanup was underway — Arpasi said the storm had fully passed.

Arpasi added, “If it ever happens again, I’m not staying. I can’t go through that again ... we are lucky, (but) almost everyone around us lost everything.”