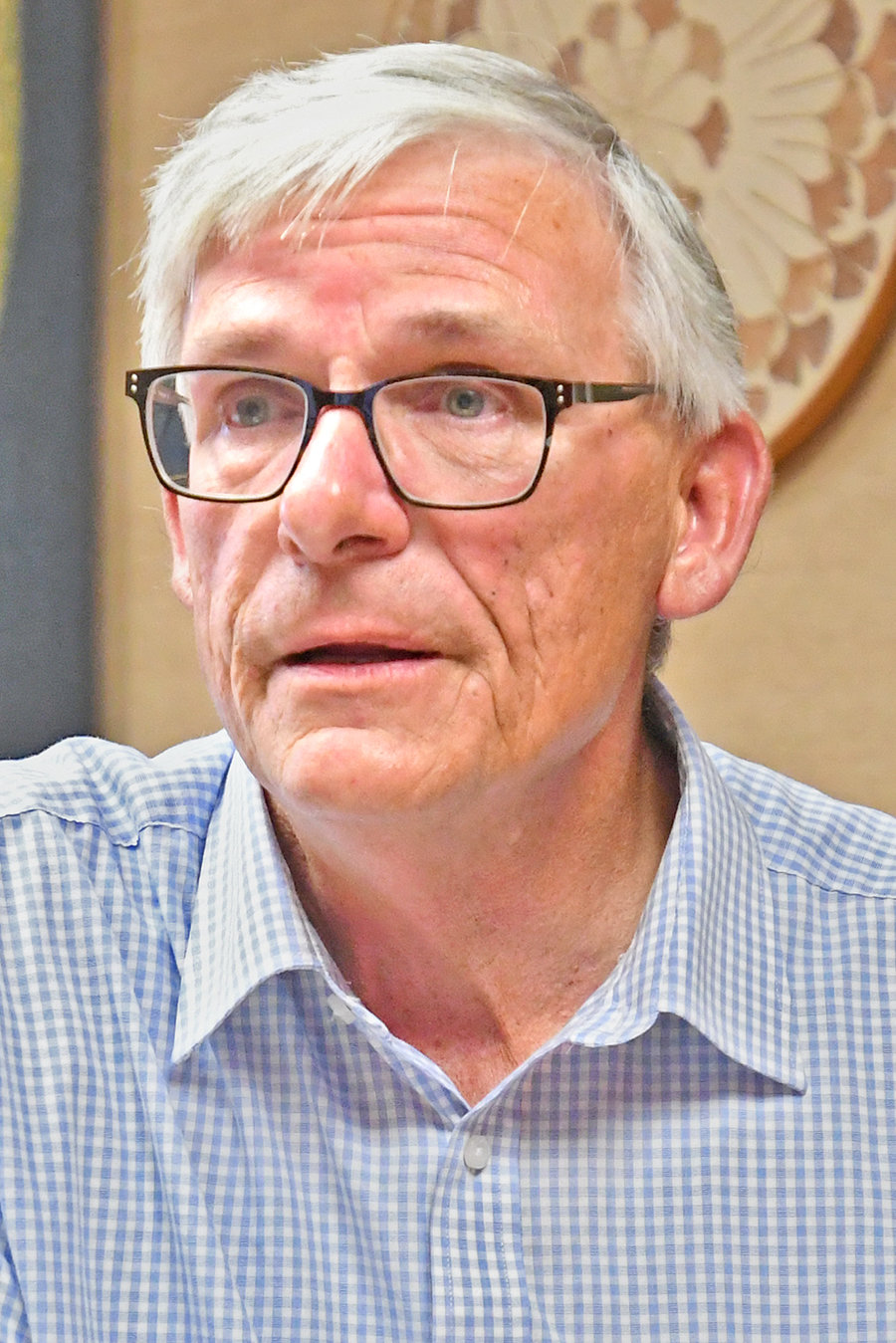 David Halpin, who had stated he was unable to attend the meeting in person due to a Lake Delta Kiwanis function, submitted comments read aloud for public record by Third Ward Councilor Kimberly Rogers.

In his comments, Halpin addressed several issues, including city-wide potholes, the need for more trash pickup and codes inspections, lowering rental costs for hockey programs at Kennedy Arena, improvements to the boat launch area at Muck Road, and questioned the costs for projects concerning the city’s waterfront property at Bellamy Harbor Park and Copper City Commons on West Dominick Street.

Halpin stated that he “appreciates the crews that are out filling potholes,” but that he sent some notifications for potholes to the city’s 311 app that have not been addressed. The city “needs to double-up its efforts,” he said. “The administration must recognize that this is a safety concern.”

As for the local youth hockey situation, Halpin said lowering the cost for Rome Free Academy and the Youth Hockey Association ice rental fees has helped hockey programs continue at the arena, but the city “needs to reduce the cost more to compete” with arenas “in neighboring towns.”

He also asked for updates on waterfront housing on lower South James Street and the boat launch area, as well as the boathouse owned and constructed by Hamilton College in Clinton. Halpin addressed the need to clean-up the boat launch area and then asked what city dollars went toward the park, as well as patio areas (Copper City Commons) in back of Franca’s restaurant and neighboring businesses. Rogers indicated later that both projects used Downtown Revitalization Initiative funding.

Halpin then requested that more lighting be added to Franca’s and the Copper City Commons area because “it’s quite dark and the little lights on the building don’t shed much light, and it’s a safety concern.”

In the rear Gigliotti Avenue area, “There’s been four containers of garbage on the curb there all week that are overflowing, and the lid is broken on one of them and is just laying on the ground. It’s disgusting,” he said.

As for debris and trash littering areas throughout the city, “It’s driving property values down in many areas with debris in front of houses and on the sides of homes,” said Halpin, noting some yards having construction debris or junk cars.

He said, “Maybe the city needs to hire more codes people or the councilors need to walk the neighborhoods with codes officers. I’ve talked to many citizens and they’re not interested in new housing developments or what’s happening at the base (Griffiss Business and Technology Park),” etc., adding that residents want potholes filled and for trash and litter to be removed.

In addressing some other comments made by Halpin, “We’re working for sidewalk improvements in South Rome,” Rogers said. And Copper City Commons, “In the end, it’s a great project — you can sit out at Franca’s and enjoy the beautiful lights at the Capitol Theatre, which looks fantastic.”

• Bobbie O’Brien, president of the board of trustees of Rome Historical Society, thanked city crews for cleaning out the Erie Canal waste weir. At the last Common Council meeting, O’Brien noted that the weir “desperately needs restoration.”

“The weir was cleaned out beautifully — I think there was more debris there because of all the rain we’ve had,” she said.

O’Brien then asked the council for updates on the former Erie Canal Village packet boat, now owned by Richard Rios of California, as well as Shull House and the Caretaker’s House.

As for the weir clean-up, “It’s an improvement over what it was. It looks like there’s loose and missing stones that could be repaired there that’s hopefully put into the capital plan,” Rogers added. “It’s definitely an important part of the system for stormwater management.”

Also on the agenda

The following resolutions and ordinances were unanimously approved:

• Resolution 45: Authorizing City Treasurer David C. Nolan to close capital projects and to make appropriate accounting entries. Projects to be closed are the 2016 Streets Program at a total cost of $2.2 million, as well as various city department repairs for a total of $87,000.

• Ordinance 9511: Authorizing a temporary rebate increase to the sidewalk rebate program for the 2022 calendar year and rescinding Resolution 42.

• Ordinance 9512: Authorizing a 90-day moratorium extension with respect to the establishment and construction of solar arrays within the city. Rogers said she and assisting councilors have drafted a lengthy list of recommendations for review by the city’s Corporation Counsel and Codes Office. An extension was to finish the process — before the legislation could be presented to the council, she said.