Former lawmaker says he was panicked during pepper-spray incident

Former county legislator Ronald D. Townsend told law enforcement officials that he was panicked when he sprayed another man with dog repellent on Westbrook Drive. Townsend said the man had been harassing him for years.

The victim told police that Townsend was the aggressor while he was bicycling on Townsend’s street.

Townsend, 74, of 1112 Laurel St., pleaded not guilty in Rome City Court on Thursday on a charge of third-degree assault. His case was adjourned to June 19.

Police said at about 1:40 p.m. June 2, Townsend sprayed the man with pepper spray, causing a burning sensation to the face and blurred vision. Police said Townsend was in his motor vehicle at the time and sprayed the man from the driver’s seat, then drove away. The victim sought treatment at Rome Memorial Hospital.

In a statement he gave to police, the victim said he was bicycling around the city when he spotted Townsend driving on Laurel Street. The victim said he knew Townsend because Townsend was convicted in 2016 of forcibly touching the victim’s daughter at the YMCA in Rome.

“As Ronald passed me, he pointed his fingers at me through his windshield,” the victim told police.

“As Ronald got close, I saw him roll down his driver’s side window. Ronald told me to get off his street and then I saw him pull out a white can…and he sprayed me in the face with pepper spray,” the victim told police.

The victim told police he captured the incident on a camera mounted to his bicycle.

Townsend said his wife asked the man to leave them alone, and the man replied, “why, do you have a gun?”, and then added, “well you better have one next time I see you.”

Townsend said he reported this harassment to the police.

“I saw (the victim) coming pretty quickly right toward my car. He was shaking his hand and was yelling something, so I put the window down to hear what he was saying, and by the time I got the window down, he was inches from my car,” Townsend told police.

“He was yelling, ‘I’m after you’, and shaking his hand at me. He stopped right in my window, and that’s when I panicked and grabbed the dog repellent that was in my center cup holder.”

Townsend continued, “I think I sprayed him in the face. I don’t know if I got him or not, he was wearing a hood. After that, I just took off because I figured I gotta get out of here and I didn’t know what he was going to do after that.”

Townsend said in his statement that he contacted his lawyer, who told him to contact the police and file a report.

Townsend has twice served on the county Board of Legislators. He ran again in 2015 and lost. 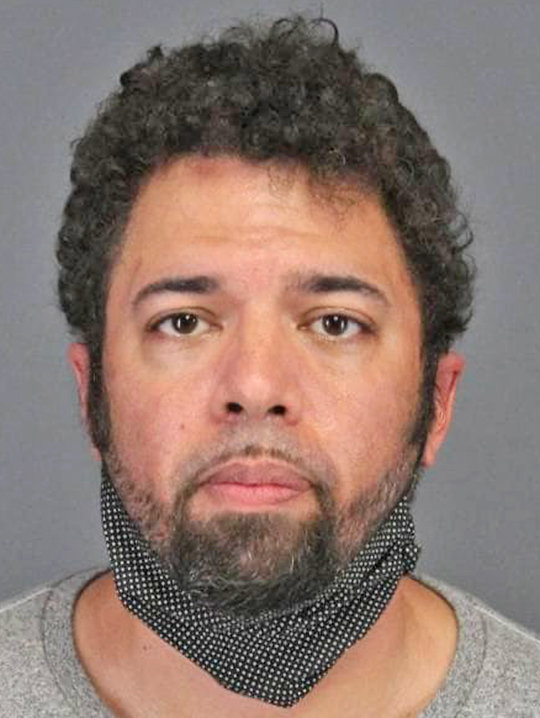