Food and service will keep you coming back to Knuckleheads Brewhouse

“The Land of Seven Hamlets” - spreads a population of about 6,000 over almost 45 square miles of hills and vales lapping over the landscape as far as the eye can see.

Food and service will keep you coming back to Knuckleheads Brewhouse 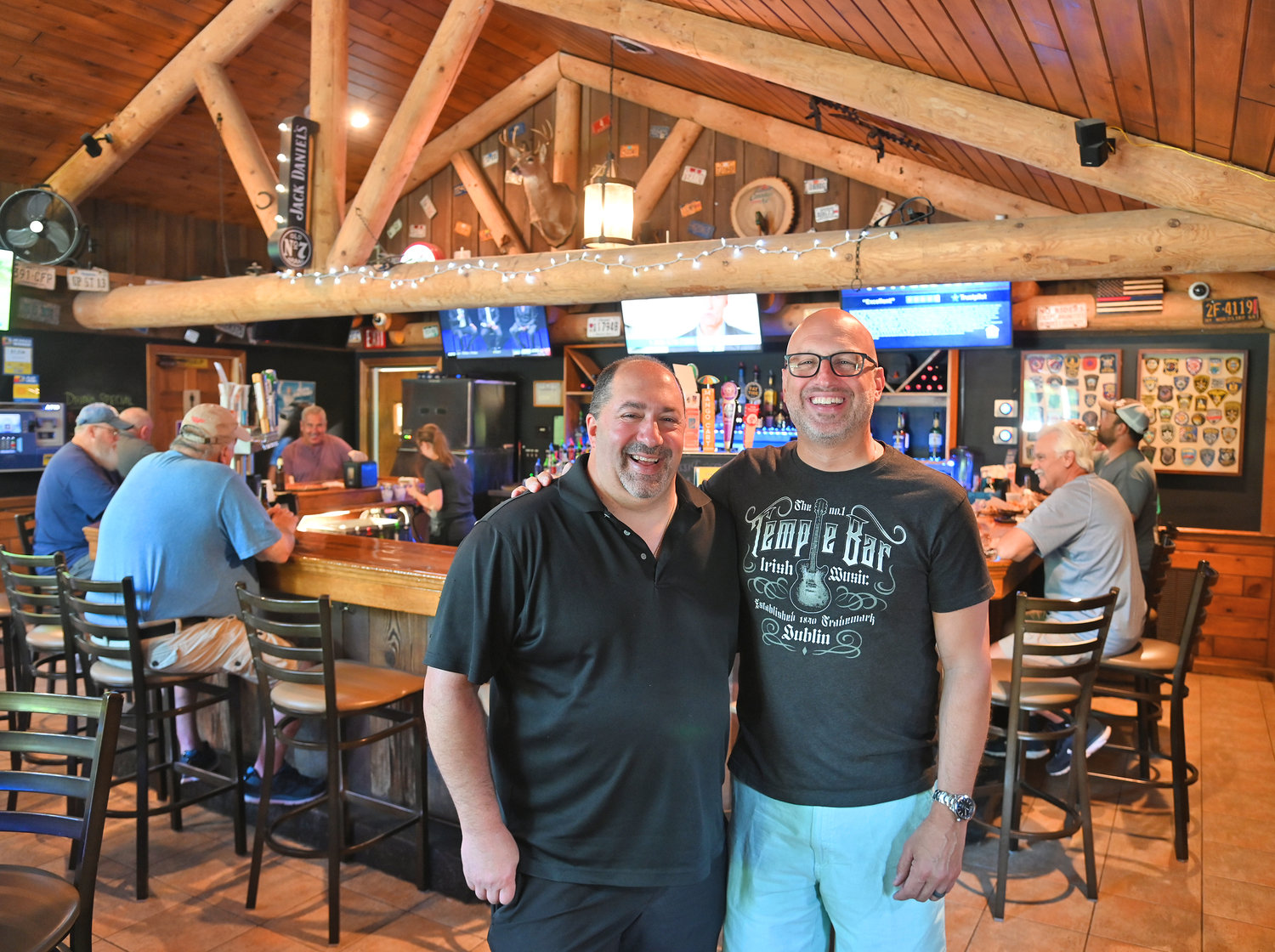 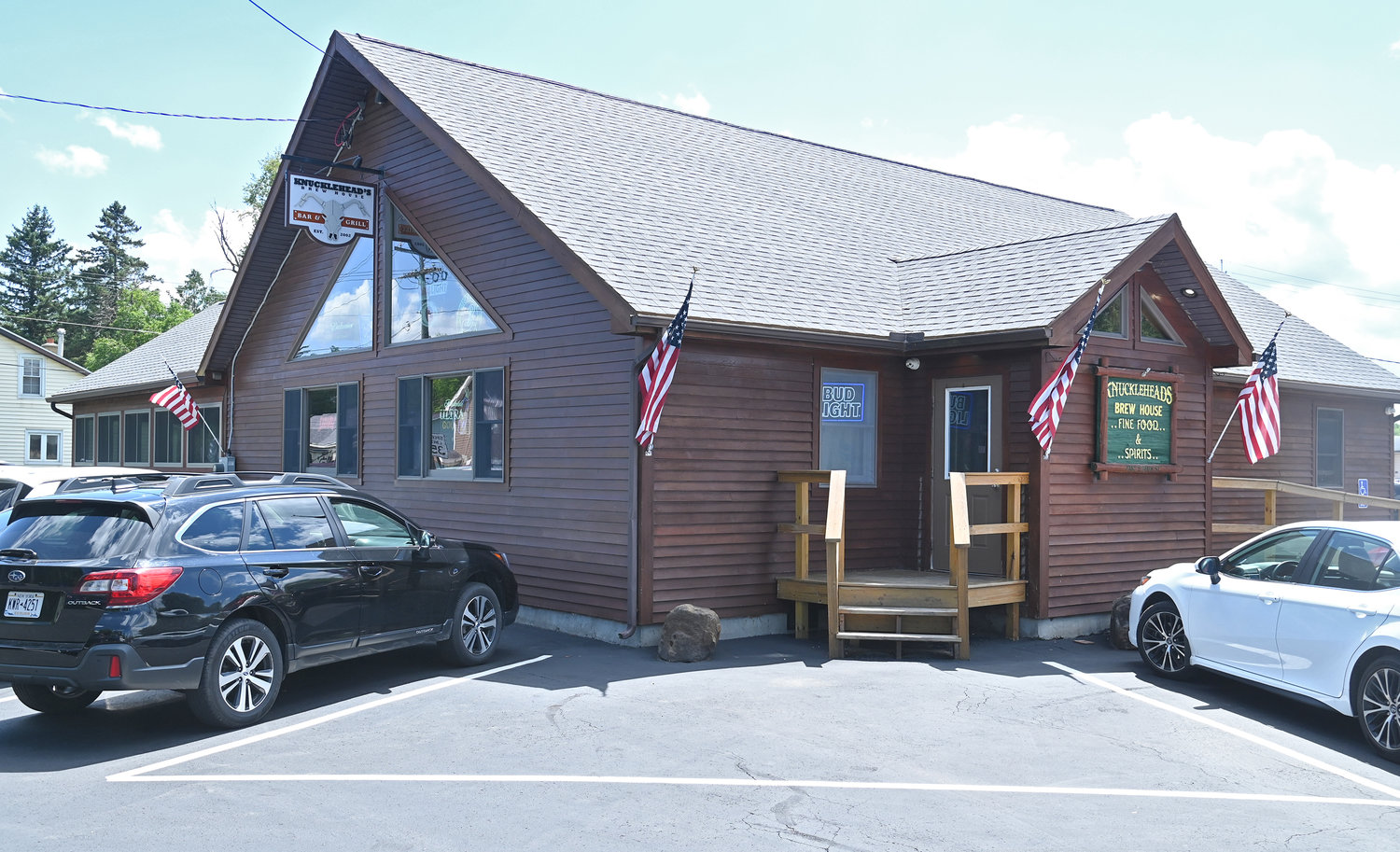 WESTMORELAND — “The Land of Seven Hamlets” - spreads a population of about 6,000 over almost 45 square miles of hills and vales lapping over the landscape as far as the eye can see.

For visitors pulling off Thruway Exit 32 or locals looking for cold beer and hot wings, Knuckleheads Brewhouse is an exhale from the breathtaking pastorals that lead to it from every direction.

“Any given day, there are folks pulling in on Harleys, having a beer in suits and ties, little league teams from across the street, or guys coming in after a shift in their tree-cutting T-shirts,” said  Greg Raab, one of the owners, “and they all fit in at Knuckleheads.”

Knuckleheads opened in Westmoreland almost 30 years ago, currently at home on the corner of Main and Station Road.

As names were batted around back in the 90s, whenever an idea was dismissed, the guy was called a knucklehead for having it … until so many knucklehead ideas were rejected, they decided to just call it that.

When it was time for the original owners, Greg and Barb Techmanski, to sell, they interviewed potential buyers. They weren’t looking for the best offer, they were looking for the right owner. And the one they chose was a partnership between Greg Raab, his cousin, Mike Collea, and his “friend since kindergarten,” Mike DeSantis.

“We’re best friends - we’re family - we look at it as a family investment,” said Raab.

“Mike DeSantis was head chef for 13 years at a local Italian restaurant,” said Raab. “He brought a following and a little of that flare to our ‘BBQ Americana’ type menu.”

The “family” embraces Knuckleheads’ role as neighbors, a legacy they inherited from the Techmanskis. They sponsor the local Little League, a men’s hockey team, local MMA fighter, Josh Ricci, and their latest, Car #22 at the Utica-Rome Speedway.

“We do that type of stuff because we want to be part of this community. So we give back a lot.”

While 12 taps feature favorite foams to locally crafted brews, be surprised by a selection of seasonal cocktails. Where most upstate joints close on summer Sundays, Knuckleheads leans in, daring to host brunch.

The staff refer to the regulars as “extended family,” But Knuckleheads has coined the phrase “out-of-town regulars” for those who find their way to the Westmoreland watering hole off Exit 32. And find their way back again.

The most popular dish is “Whatever Wings,” but pressed to pick one signature dish, Raab named the standing Saturday Night Special - smoked prime rib.

“Nobody does a smoked prime rib like we do,” Raab assured.

On the rare occasion they don’t sell out, enjoy an open-faced smoked prime rib sandwich special on Sunday.

Knuckleheads takes the upstate chill off with homemade soups and chilis. Salads include their “Stella,” a healthy toss of kale, quinoa, chickpeas, and dried cranberries. Burgers are standard at half-a-pound, the pizza menu includes cauliflower crust and wings come in a dozen flavors, including “Death Wish.”

And don’t rule out this brewhouse for a dinner date, with steaks, chops, bbq brisket, and the like at home on the menu with “The Village Idiot,” blending sirloin, greens, and provolone.

We found the portions especially ample, the food especially fresh and the fries especially … well … just good. But what stood out was the service, so authentically friendly that it made our first visit to Knuckleheads sure not to be our last.