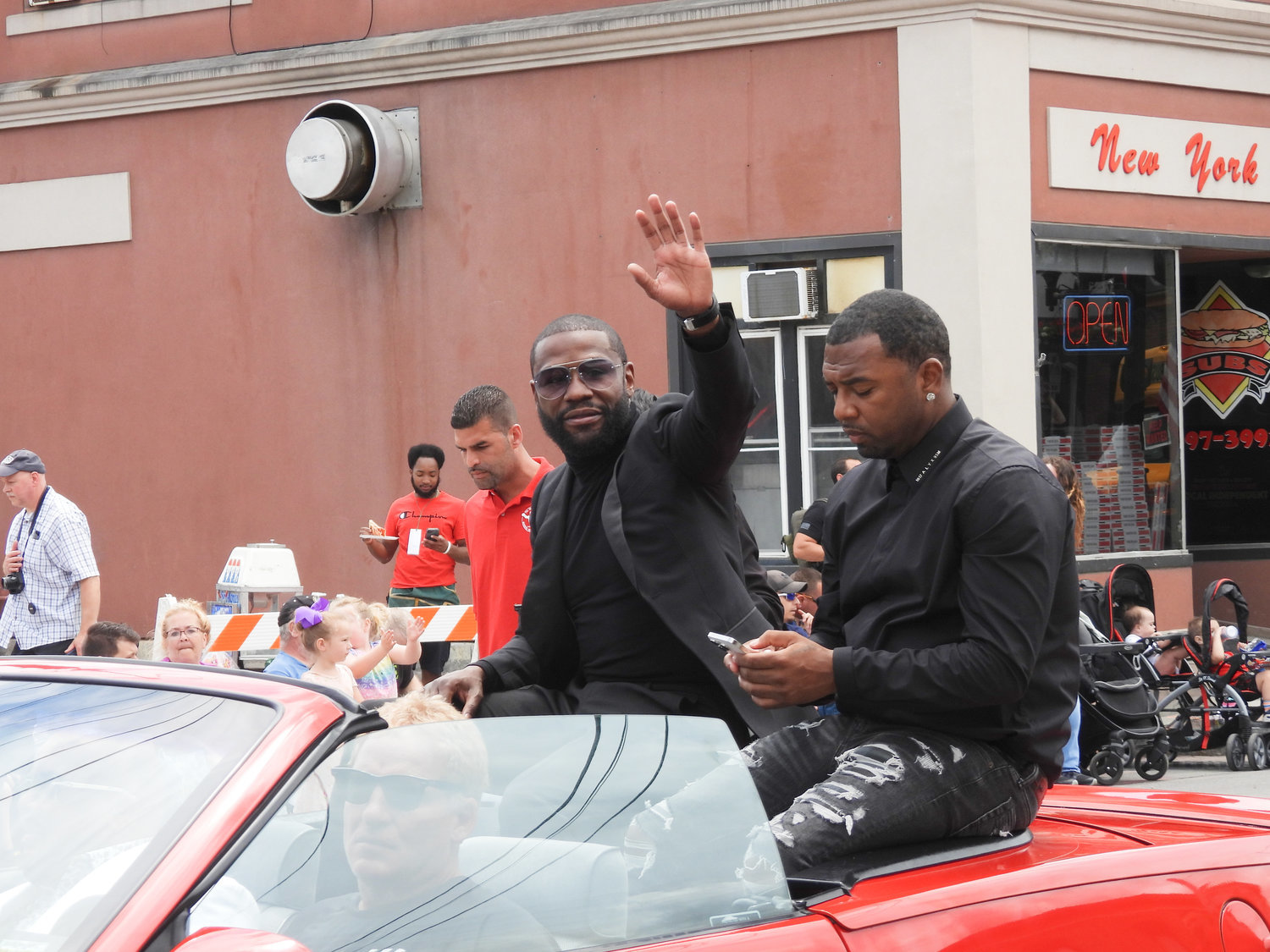 The Parade of Champions held during the International Boxing Hall of Fame Weekend in Canastota, stepped off on Sunday, June 12, 2022. Pictured is Hall of Fame Inductee Floyd Mayweather.
(Sentinel photo by Charles Pritchard)
Posted Monday, June 13, 2022 7:19 am
Associated Press

VERONA — Reduced to tears at a banquet on the eve of his big day, Floyd Mayweather Jr. was inducted into the International Boxing Hall of Fame on Sunday, just a tinge of emotion in his voice as he accepted the honor.

"I done a lot in my career, but this is by far the best," said Mayweather, who credited his mom, dad and sister for much of his success.

"I want to thank the International Boxing Hall of Fame for giving me this. This right here is going to my dad because he deserves it. Bernard Hopkins said it best — `You've got to earn it.' — and my dad earned this ring.

"I want to say thank you to everybody for your support. I want to tell all the fighters — thank you, you guys are remarkable. There wouldn't be no me without you guys."
Mayweather, who retired unbeaten in 50 fights, headlined the three classes that were inducted Sunday. The pandemic forced the postponement of the previous two induction ceremonies, making 2022 a crowded affair. The ceremony was moved from the Hall of Fame's home in Canastota, New York, to Turning Stone Resort and Casino in nearby Verona to accommodate the 36 honorees.
Roy Jones Jr., Miguel Cotto, James Toney and female champions Regina Halmich and Holly Holm were part of this year's class. The Class of 2020 included multi-division champions Hopkins, Juan Manuel Marquez, and "Sugar" Shane Mosley. The Class of 2021 included Mayweather, Wladimir Klitschko, and Andre Ward.

Also among those honored were the first female fighters — Christy Martin, Laila Ali, Lucia Rijker, Regina Halmich, and Holly Holm — to be enshrined. Martin shot to fame when she was featured on some of Mike Tyson's fight cards in the 1990s. Induction came on her 54th birthday.

For Laila Ali, it was a return to where her career started — and against the advice of her famous father. She won her first match in October 1999 against April Fowler at Turning Stone.

"He told me not to do it. I had to earn his respect in the ring," said Laila, who retired unbeaten in 24 fights.

All but one of the 27 fighters inducted were scheduled to be at the ceremony. The one missing was former heavyweight champion Wladimir Klitschko. He's in Ukraine helping his brother, Vitali, a Hall of Famer himself and now the mayor of the capital city of Kyiv, during the ongoing war against invading Russia.

Instead, Wladimir Klitschko, who was heavyweight champion for 12 years and 2 days, longer than anyone in history, and finished with a pro record of 64-5 (53 KOs), released two short videos on social media to acknowledge the honor.

"Thank you fans. I never ever dreamed of getting that far in the sport. Amazing," Klitschko said. "Boxing just made me a better person, period. It taught me a lot."
Although his videos were short, Klitschko made a point of criticizing fellow inductee Jones for traveling to Russian-occupied Crimea.

"So Roy, whose side are you on? " Klitschko said. "I really respect you as a fighter, but I really question your moral compass."
Jones had other things on his mind.


See a Daily Sentinel photo gallery of the Parade of Champions here:  https://romesentinel.com/stories/gallery-boxing-hall-of-fame-weekend-parade-of-champions-june-12-2022,136210 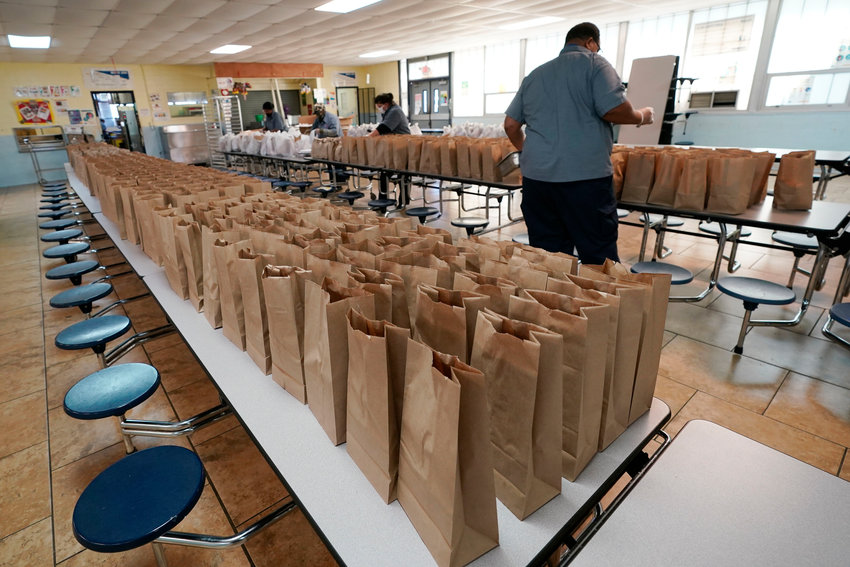