Florida fugitive wanted in killing taken into custody in Utica 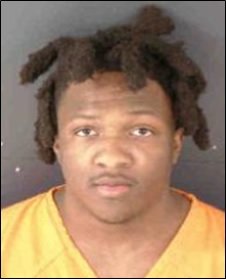 UTICA — A Florida man wanted down south for shooting and killing a man in late December was found in Utica on Thursday and  taken into custody, according to the Utica Police Department.

Nyquan Priester, 20, of Bradenton, Fla., will soon be extradited back to Florida to answer charges of second-degree murder and discharging a firearm from a vehicle, authorities stated.

According to the Sarasota County Sheriff’s Office, a large group of people were gathered at Ackerman Park in the City of Sarasota around 11 p.m. Dec. 29 when gunshots rang out from the backseat of a nearby vehicle.

A 20-year-old man was shot in the back and he was soon pronounced dead, according to the Florida law enforcement officials.

Authorities said Kalvion Turner, 20, turned himself in and pointed the finger at Priester as the shooter.

Turner was charged with principal to second-degree murder and the Sheriff’s Office spread the word that they were looking for Priester.

Utica Police said they received word that Priester had fled to Utica after the shooting and he was staying at a residence on Faxton Street.

Utica Police said they worked with the U.S. Marshal’s Regional Fugitive Task Force to take Priester into custody on Thursday when he was spotting leaving the residence, the law enforcement officials added.