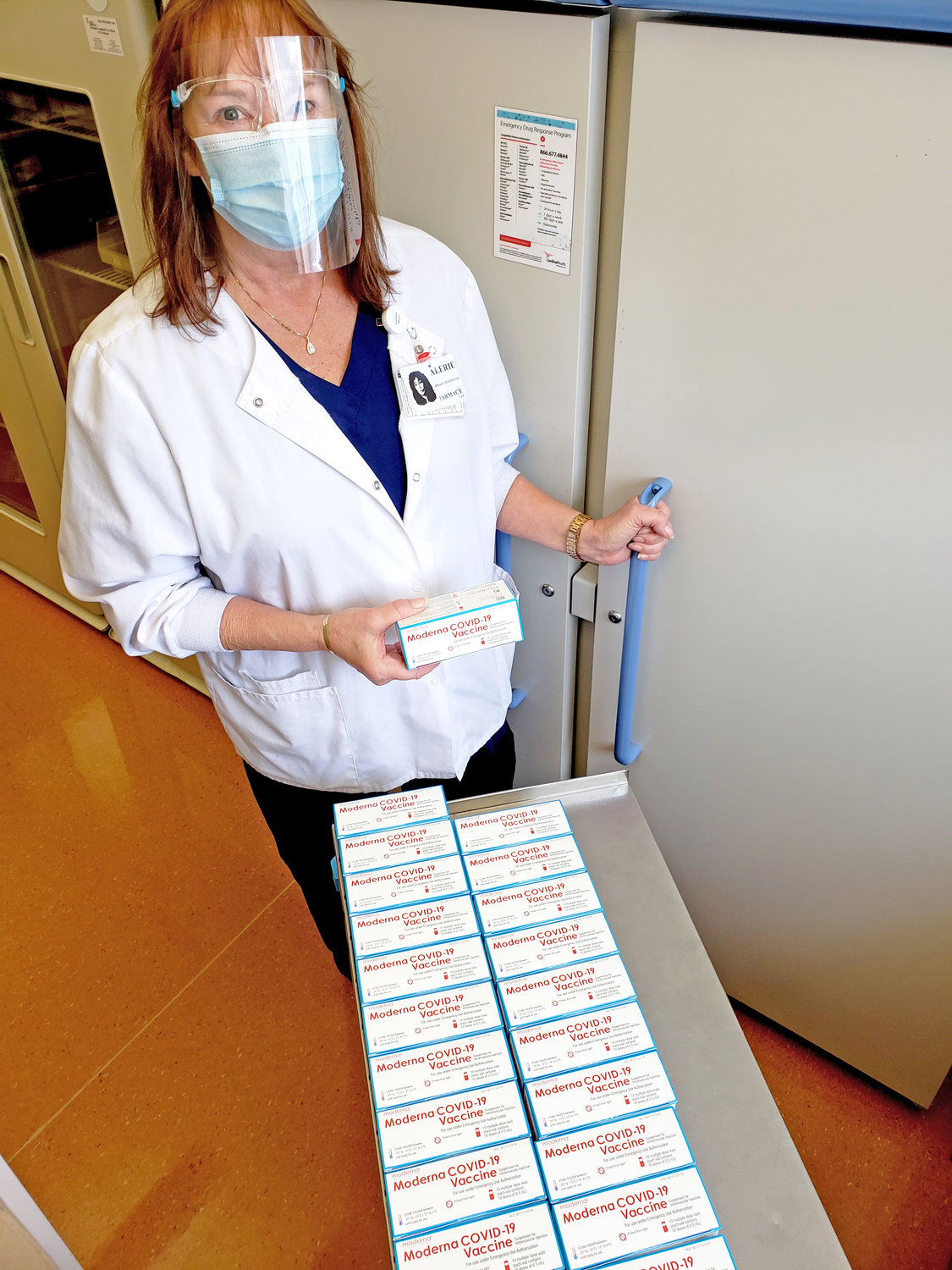 Oneida County reported 222 new cases of COVID-19 on Tuesday, but the number of new positive tests each day appears to have stabilized, offering hope that the spread of the pandemic locally has leveled off.

Still, Oneida County Executive Anthony Picente Jr. implored residents to continue avoiding gatherings over the Christmas and New Year’s Day holidays to lessen the risk of another spike in January.

The weekly average of tests that indicate COVID-19 in the county rose sharply from late November through early December, from 3.3% as of Nov. 5, to 9% Dec. 9, and has stayed relatively flat since then. It was 9% Tuesday, according to the state Health Department.

The number of new cases reported daily peaked Dec. 10 at 293.

“The positivity rate has not moved, which is a good indication, not great, just an indication that maybe we have reached a plateau,” Picente said during a media briefing on COVID Tuesday afternoon.

Two COVID-related deaths were reported, for 198 in the county since the pandemic began.

As of Tuesday afternoon, 137 county residents were hospitalized with COVID: 14 in Rome Memorial Hospital, 113 in the Mohawk Valley Health System, and 10 in some other county. Among the total, eight were nursing home residents.

As of Tuesday, the county had 3,759 known active cases, with another 3,026 in mandatory quarantine because of close contacts with someone with a recent positive test.

The length of stay has been reduced, Picente said. “That’s a good sign that people are not staying as long in the hospital, those that have to be hospitalized.”

Rome Memorial Hospital received its first shipment of the vaccine made by pharmaceutical company Moderna on Tuesday and planned to being vaccinating employees with the highest risk of exposure Wednesday morning. Employees were provided a link to register and will be scheduled based on state Health Department guidelines.

How vaccines are distributed was taken up by Picente on Tuesday. He called on Gov. Andrew Cuomo to let county health departments lead vaccine distribution rather than have it done by regional hospitals and hospital systems, which Picente said are capable but overwhelmed.

Counties are designated by law as the agencies responsible for vaccine planning and distribution during pandemics and regularly train for it, PIcente said. He read from a plan developed earlier in the year as the pandemic was just arriving in the United States, and noted Oneida County has already identified points of distribution throughout the county.

“Logistics, locations, IT needs, crowd flow, emergency preparedness, security — those are the things that we practice in tabletop exercises and staging centers throughout this county,” Picente said. “So governor, again I implore you: take another look at the plan that has been put in place for the vaccine distribution … give the role to the agency that is best equipped to handle it, and that is the public health departments across the state.”

It’s not clear how many doses have been distributed in or sent to Oneida County so far, but between employees of Rome Memorial and the MVHS hospitals alone, some 10,000 doses would be needed, Picente said. Both vaccines approved in the United States require two separate injections.

The Mohawk Valley continues to have the highest rate of tests indicating COVID-19 among New York’s 10 regions.

As of Tuesday, 8.5% of tests in the six-county region indicated COVID-19 expressed as an average of results received over the past seven days. The Rochester-based Finger Lakes region was close behind at 8.4%.

Statewide, the rate was 5.4%. Central New York, which includes Madison County and the Syracuse area, was at 6.5%. The North Country, including Lewis County, was at 5.2%.

In his daily COVID briefing, Cuomo said hospitals in New York are not at the critical level of available space. The target that triggers further steps is being within 21 days of having only 15% of bed capacity available, and no hospital in the state is there yet, Cuomo said.

The motto through the holidays will be “Celebrate Smart. Stop shut-downs,” Cuomo said.

The governor also said the state Department of Health is facilitating testing for a variant of COVID-19 that has been detected in Britain and which led to a shut down of much of the United Kingdom economy. The variant has not been detected yet in the state after some 4,000 samples were screened randomly.

“If it is here I want to know exactly where it is and contact trace immediately from that point back and then isolate it immediately,” Cuomo said. “This is about time and urgency, and this would be urgent.”