More than 20 years after that fateful day, communities from across the region came together to remember and honor those that lost their lives on Sept. 11, 2001 – with memorial ceremonies … 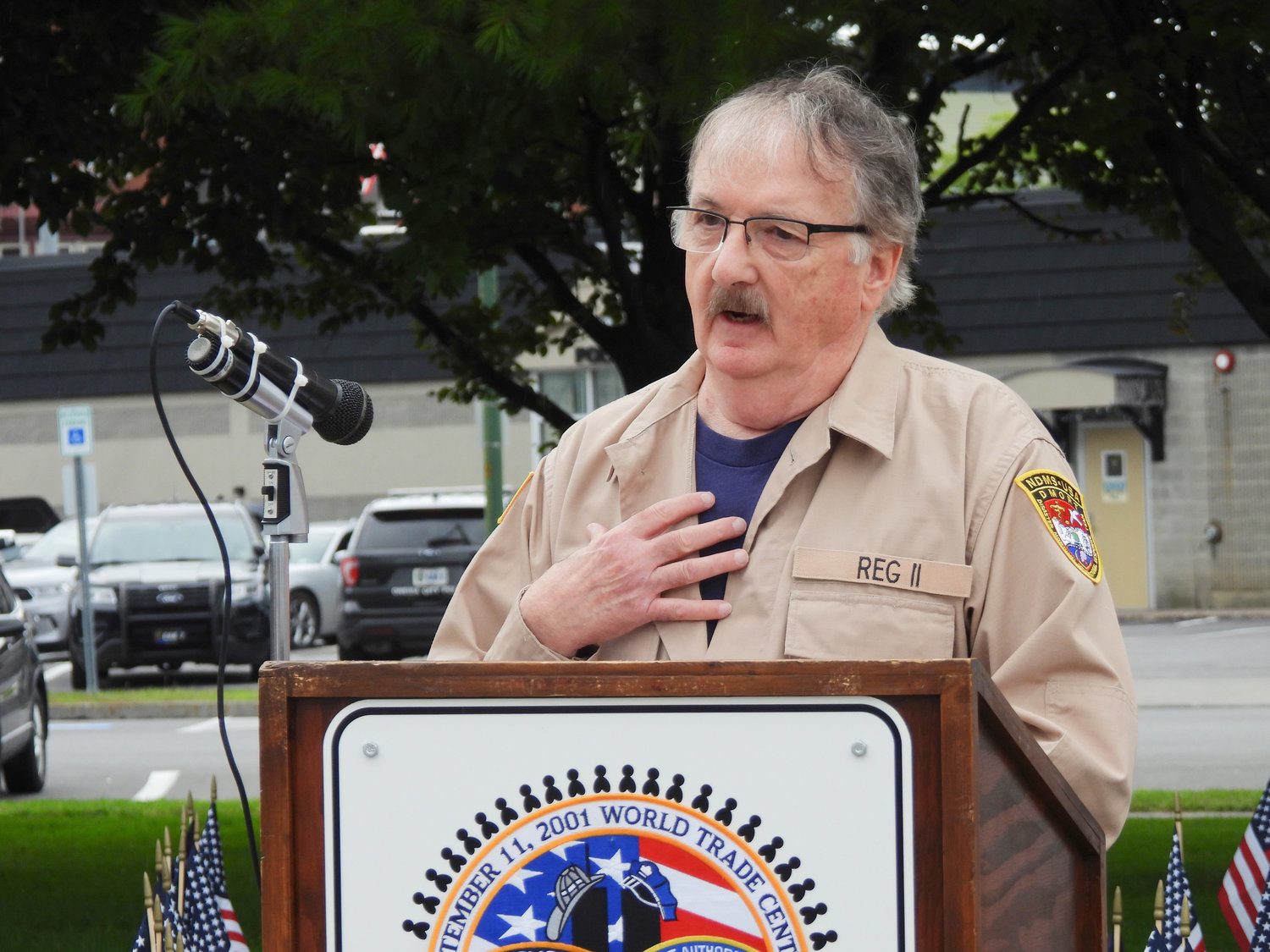 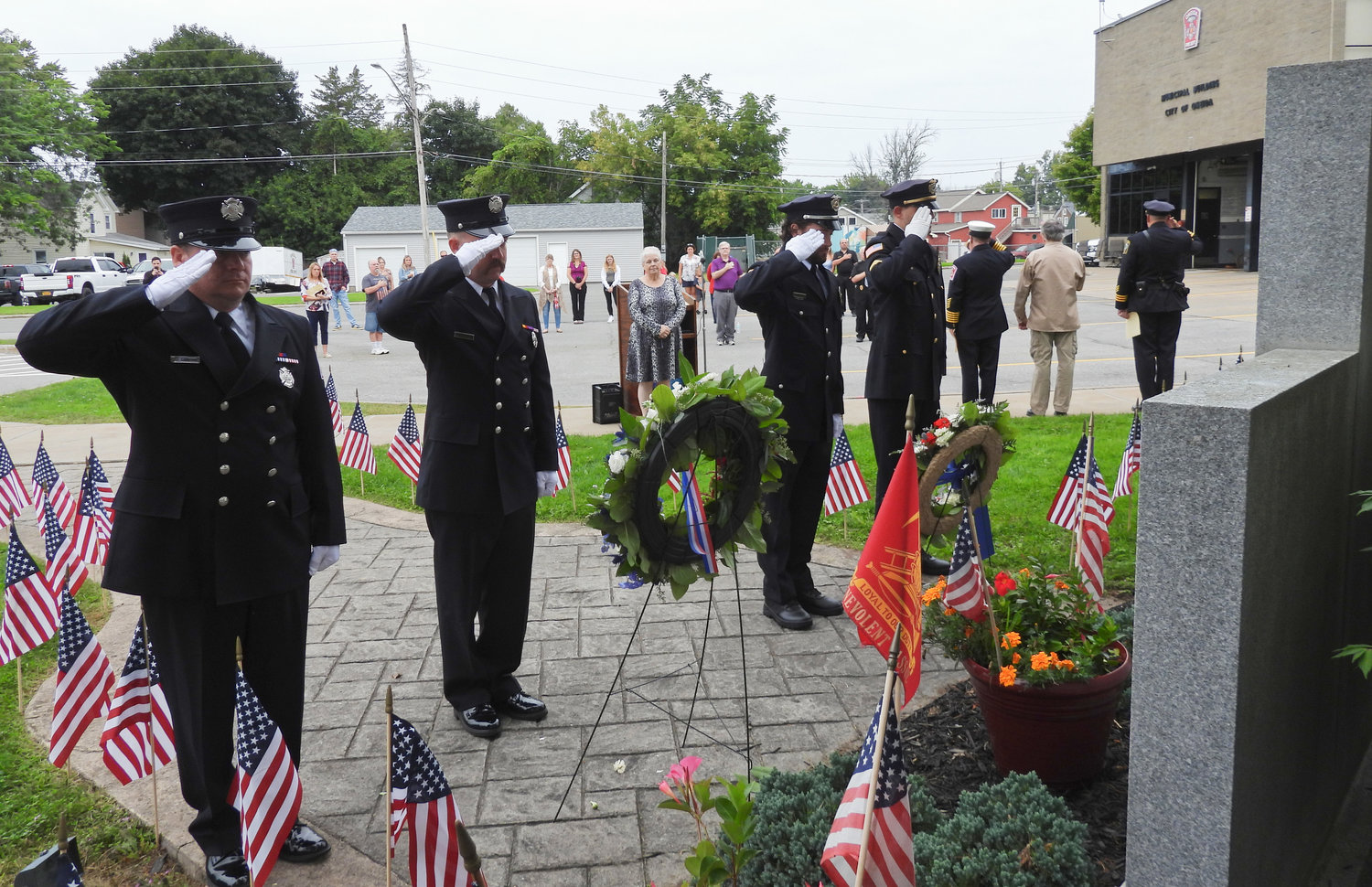 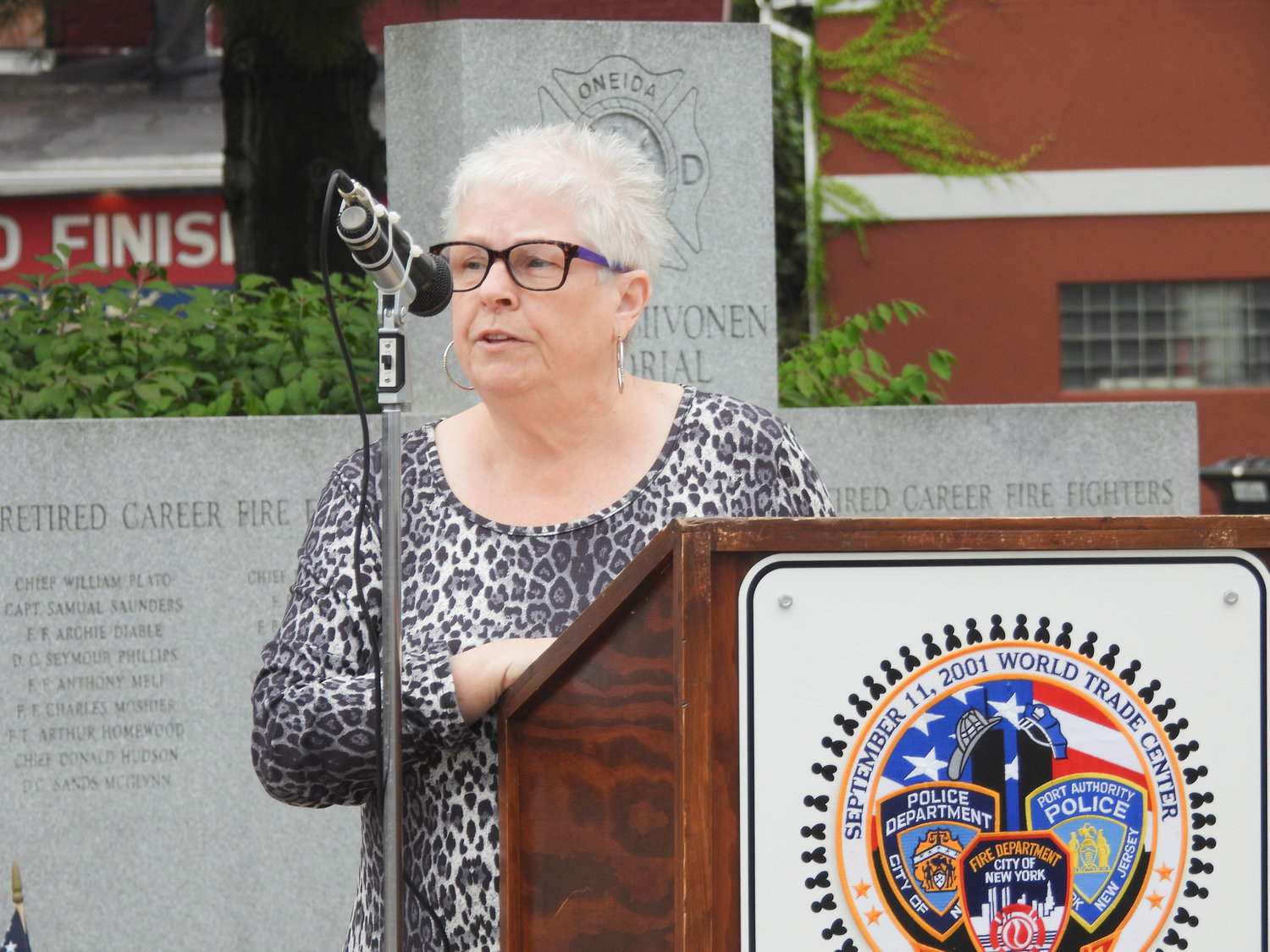 Mayor Helen Acker speaks at the city of Oneida's 9/11 Ceremony on Sunday, asking people to never forget what happened on that fateful day
(Sentinel Photo by Charles Pritchard) 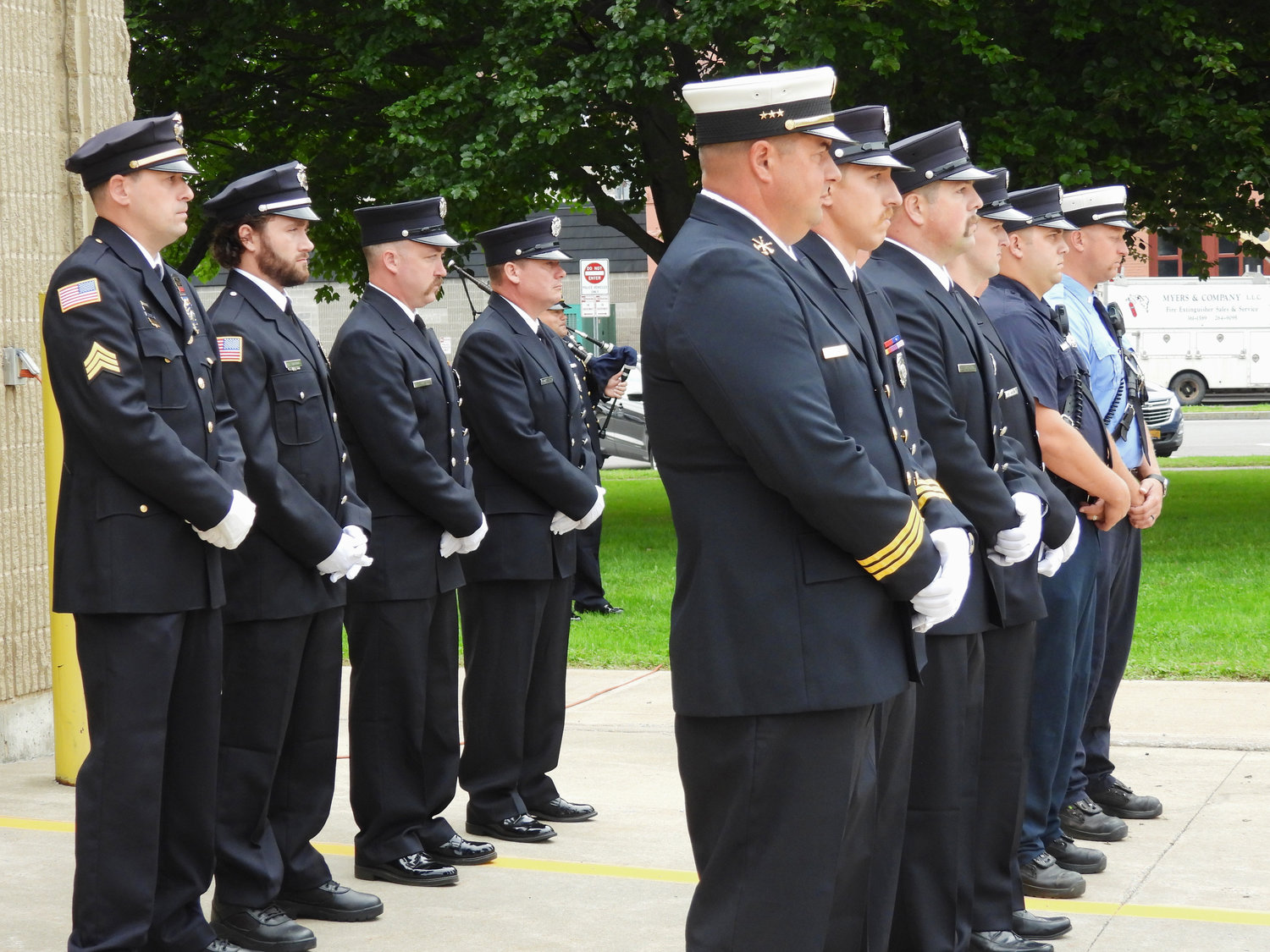 ONEIDA — More than 20 years after that fateful day, communities from across the region came together to remember and honor those that lost their lives on Sept. 11, 2001 – with memorial ceremonies taking place in Rome, Utica, Sherrill, Oneida and other communities in the Mohawk Valley.

“The terrorist attack on 9/11 still affects the families of the first responders,” Oneida Fire Chief Dennis Fields said. “Years later, illnesses linked to exposure to toxic materials following the attack have led to nearly 300 deaths. So please, never forget our brother and sister first responders and their families.”

“On the 21st anniversary of the September 11 attack on our country, we remember the loss we suffered that day,” Oneida Police Chief John Little Said. “And we continue to suffer to this day. But we showed American courage, sacrifice, and hope. Despite the intents of those attacks and our loss and heartache, we showed our values could not be shaken, our compassion would not cease, and our hope would not be extinguished.”

Speaking this year was former Madison County Undersheriff Douglas Bailey. For some, the events of 9/11 were seen only through a television screen. But for others, they heard the call to action, and Bailey was among those who answered.

Bailey was born and raised in Oneida, graduating from Oneida High School before enlisting in the United States Army in 1964. In 1970, he became a member of the Oneida City Police Department. In his spare time, he drove school buses for the Oneida City School District, and for 10 years, he was an EMT. In 1991, he became the Madison County Undersheriff under Ron Carey and served for another 20 years in law enforcement before retiring in 2010.

In 2001 on Sept. 11, Bailey attended training in Albany, where an ATF agent discussed the bombing of hospitals.

“It was 8:30 a.m., and there were 250 of us in the class,” Bailey recalled. “There’s a federal ATF agent in front of us and two 15-foot screens with the World Trade Center on the screens. And this agent is teaching us about the 1993 bombing and the attempt to bring the south tower down with a bomb.”

“We’re listening to this lecture,” Bailey continued. “And suddenly, we start hearing screaming in the hallway. We thought it was a domestic disturbance. And then a roommate came running into our conference room and screaming that a plane hit the towers.”

Bailey said it was surreal, and within the hour, he had been deployed and was on his way to Ground Zero.

“The skies were closed, so we had to drive down, and we staged at Stewart Air National Guard Base,” he said. “The federal government also has a disaster medical team. Where they deal with the living, we deal with the dead. And after six hours, we left the base. And no one from the medical team left. So we knew right away that wasn’t a good sign.”

It was a tough topic for Bailey to talk about, and on a few occasions, he choked up. The mission of his team had always been to identify the dead. “Our mission this team? It was just to identify the remains as human.”

Bailey likened the area to a warzone and saw things he had never seen before.

“Every hour on the hour for days, there were explosions,” he said. “So many cars were on fire, and their tires are under pressure. And I was a fire investigator with the Oneida Police Department for 12 years, and if someone had told me there was such a thing as purple smoke, I would have called them a liar. And I still can’t figure out what that was. And every day, there were bomb scares. That’s an Al-Qaeda thing, to bomb the emergency responders.”

Much that Bailey and what everyone on his team saw shook them, and for some, it would stay with them forever.

Bailey said that people don’t realize body bags come in different sizes, and in one case, a young EMT came down from a building carrying a tiny body bag.

“She brought a pouch up to us, and she wouldn’t let go,” he said. “We had to forcefully remove it as she held it like a baby. We found out later that this was her first week back after giving birth.”

For Bailey, there was one thing that truly stuck with him.

“There were many things that bothered me, but one day? We had 13 firefighters in a row. They were intact, and everyone carried a stretcher — like pallbearers,” Bailey said. “And I will never, ever forget. These people carrying them, their faces covered in dust — all except lines (down their eyes) from the tears running down.”