In the wake of three major fires in only five months, the county Health Department and the Rome Fire Department hosted a safety education event at the Pine Haven mobile home park on Saturday.The … 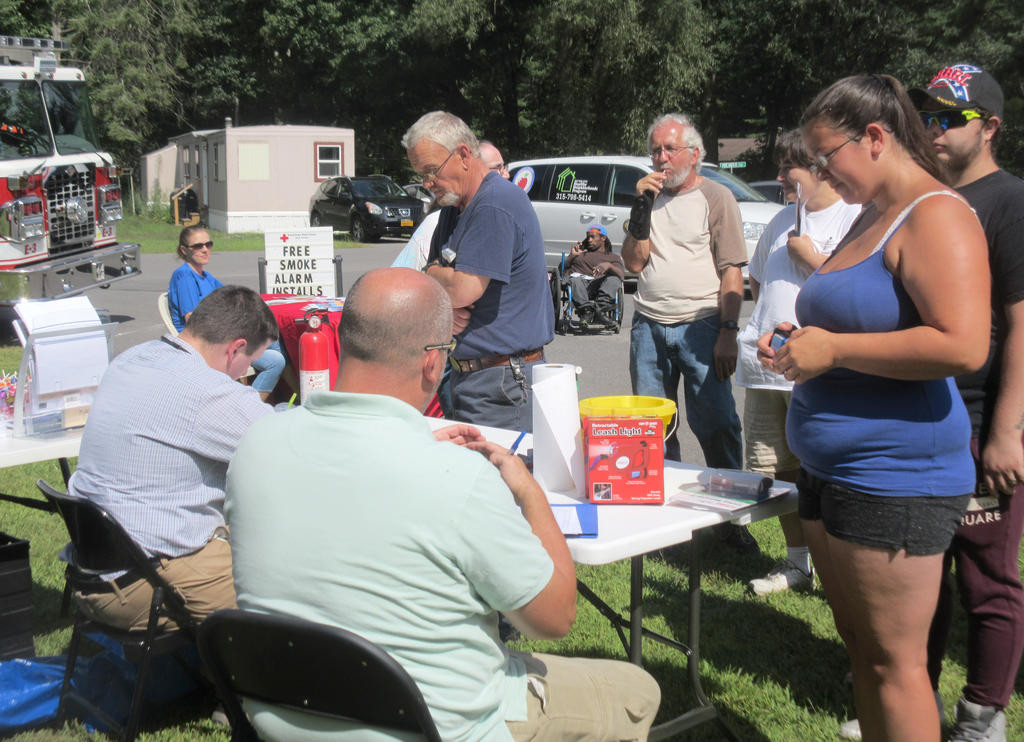 SAFETY DAY — Residents of the Pine Haven mobile home park lined up on Saturday for free safety equipment and information offered by the county Health Department. After three fires in only five months, Health officials said they wanted to get out into the neighborhood and meet directly with residents as part of their Healthy Neighborhoods Program. (Sentinel photo by Sean Mills)
Posted Monday, August 27, 2018 4:00 pm
Sean I. Mills
Staff writer
email • twitter

In the wake of three major fires in only five months, the county Health Department and the Rome Fire Department hosted a safety education event at the Pine Haven mobile home park on Saturday.

“We know that a working smoke alarm is invaluable in the case of a fire,” said Deputy Fire Chief Timothy W. Reilly on Saturday. More than 50 smoke detectors were installed in homes, fire officials stated.

“They provide early warning, and it’s a huge plus for the fire department to get people out of the building,” Reilly said.

“We knew that the community here had some issues that happened recently and we wanted to do something to help,” said Matt Lince, a public health technician with the county Health Department.

Lince said the day was conducted as part of the Healthy Neighborhoods Program, which uses state grant money to educate citizens, give out free safety equipment and collect survey data on health and safety standards in rural homes. Lince said the Health Department usually only hosts events like Saturday at conventions or one-on-one appointments, but they wanted to get out into Pine Haven after the fires.

“People have been getting nervous. They want to know what’s going on, why so many are happening at one time,” said Pine Haven resident Joseph Cook, who has lived in the neighborhood for the past year. He said he lived next door to the Croad family.

Merlinda Lipp said she has anxiety about fires and has trouble sleeping. She has lived in Pine Haven for about five months and has a 1-year-old child at home.

“It’s just too close for comfort,” Lipp stated, adding that she unplugs the appliances in her home each night before bed, just to be safe.

The residents also said they were grateful for the Health Department and Fire Department for coming out with equipment and information.

“I think it’s great. I don’t have a fire extinguisher, I don’t know if my smoke detector works,” stated Cook. “And I wouldn’t know how to go out and get this stuff otherwise.”

Lince said the turnout was “very successful” on Saturday. He said the Health Department had more surveys than they’ve ever gotten at one time, and the residents of Pine Haven were very grateful. He said the department might consider more neighborhood visits in the future.

The Rome Fire Department has a long-standing partnership with the American Red Cross to hand out free smoke detectors in the city. The Red Cross provides the detectors and the fire department provides the expertise and installation. The detectors have a 10-year lifespan on a lithium battery, which does not need to be replaced.

Chief Reilly said this is also the first time the department has taken the free smoke detector program out to a specific neighborhood and gone door-to-door. Usually they install the smoke detectors upon request. 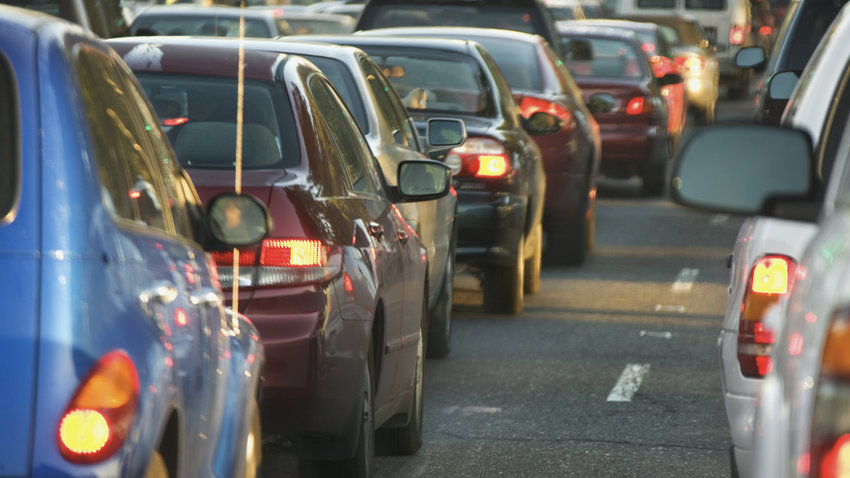 The New York State Thruway Authority is proposing a systemwide toll increase that would take effect in 2024.