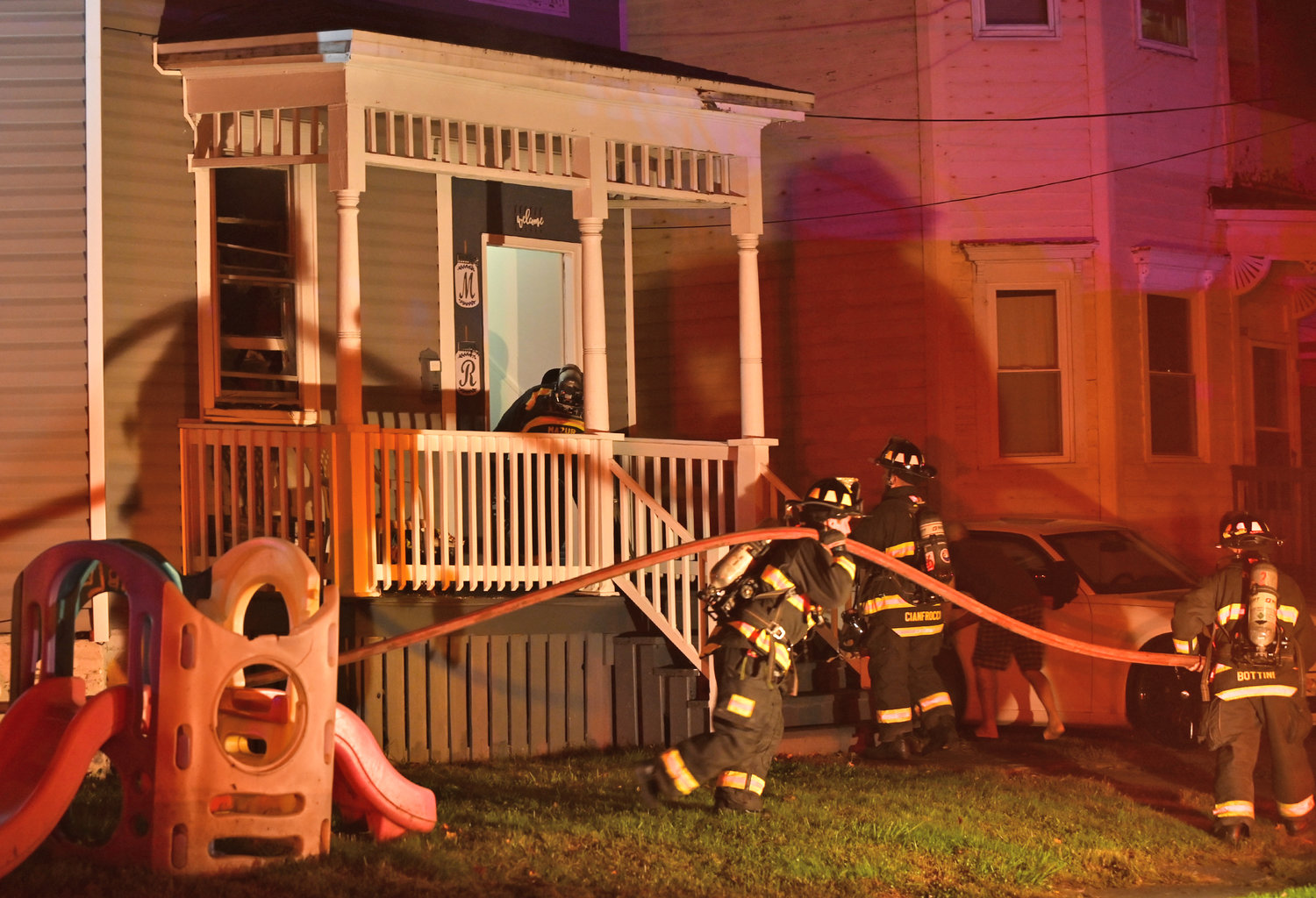 INTERIOR ATTACK — Rome firefighters battle a blaze that destroyed one apartment in a four-unit apartment building located at 601 N. Washington St., Sunday night. A mother and her two children, who were not home at the time, were displaced by the blaze. Cause of the fire remains under investigation.
(Sentinel photo by John Clifford) 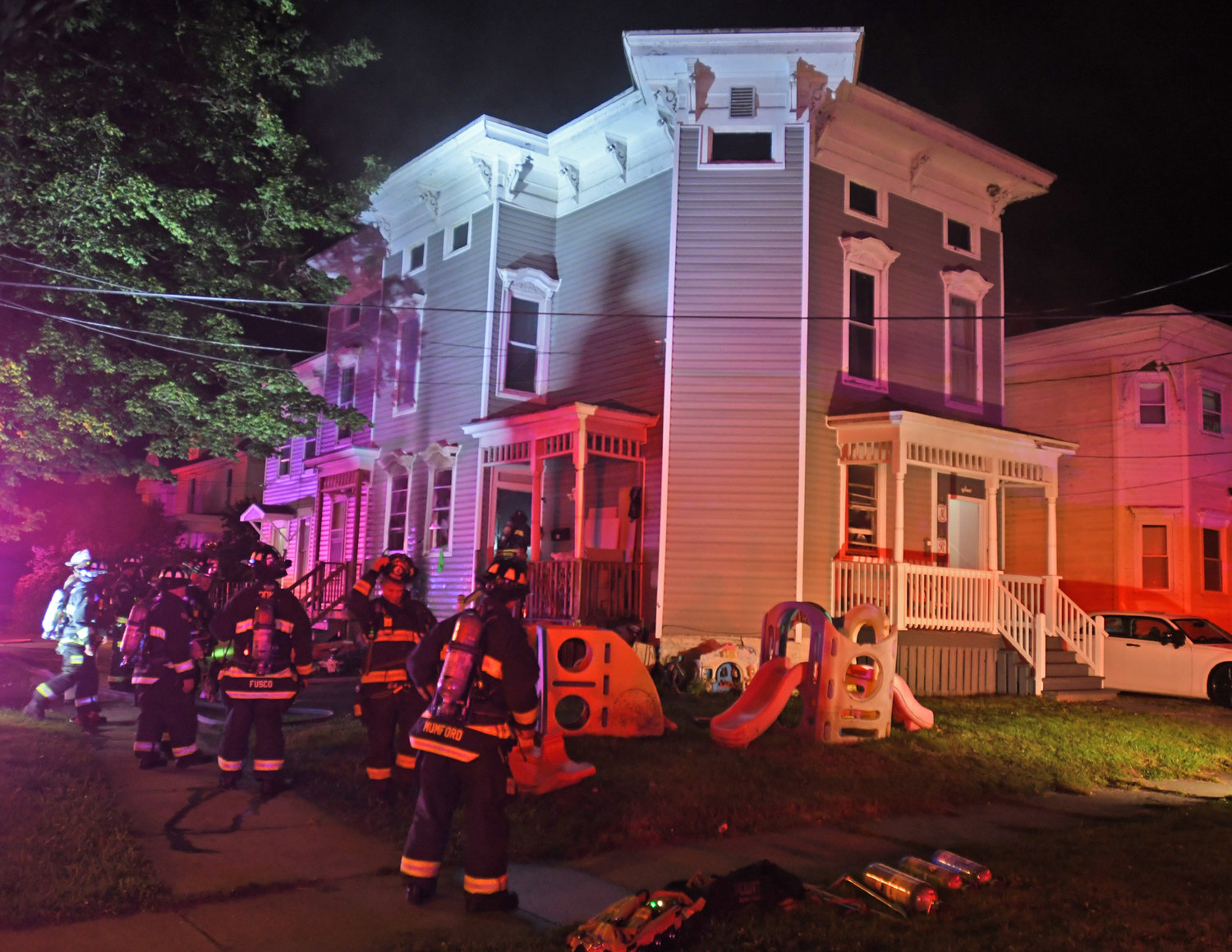 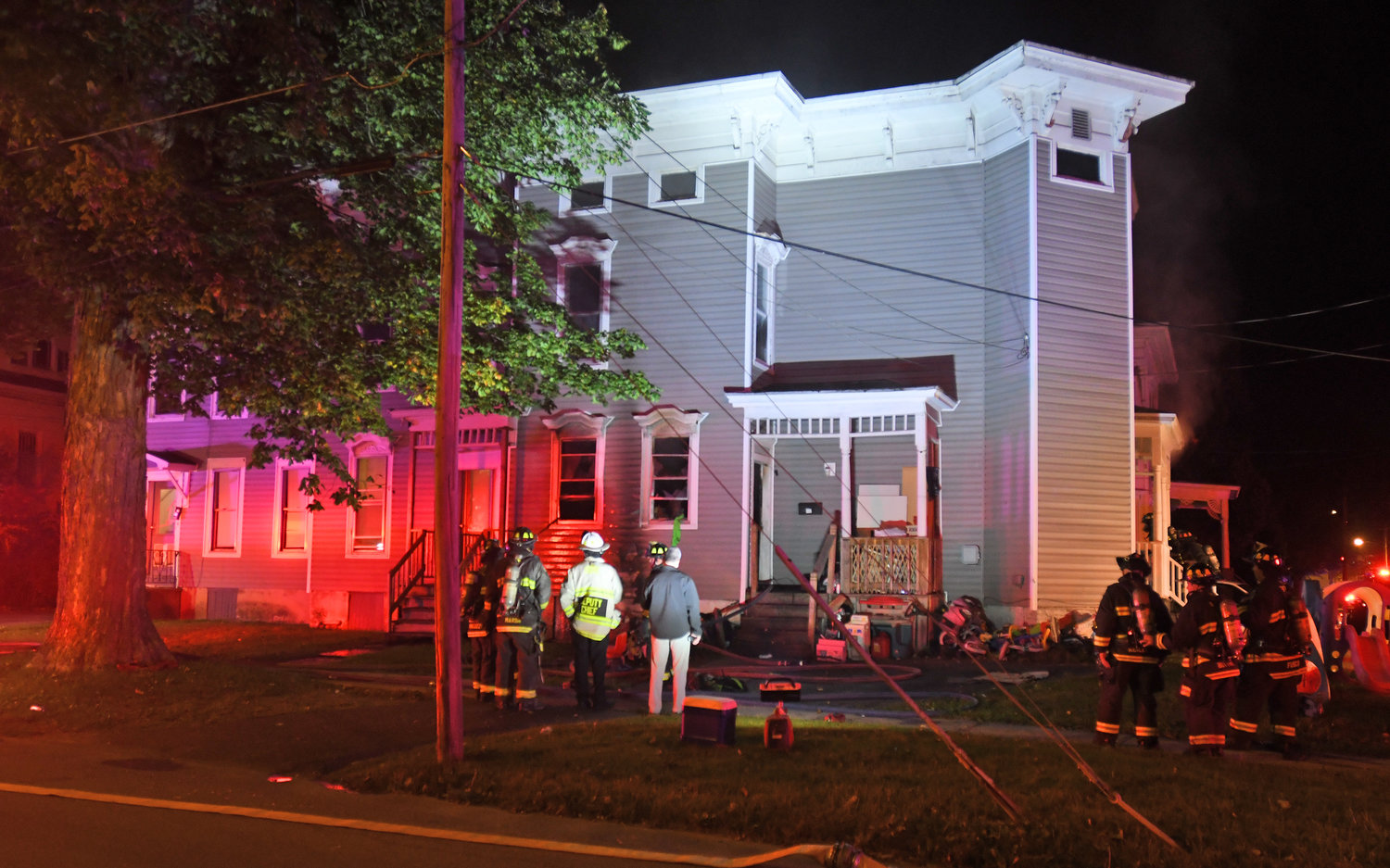 A mother and her two children were displaced in an apartment fire on North Washington Street Sunday night.

Fire Chief Thomas M. Iacovissi said the department received the alarm at 8:50 p.m. for the four-unit apartment building at 601 N. Washington St. Upon arrival, flames and smoke were visible from the apartment where they reside.

“We got everyone else out of the building when we got there,” Iacovissi said.

Firefighters quelled the flames quickly but the blaze still caused significant damage to the effected apartment.

“We went right in and it went out very quickly, but it destroyed the apartment,” the chief said.

Iacovissi said the woman and her children residing at the apartment were not home at the time the blaze broke out.

Fire damage was contained to the one apartment, and a cause remains under investigation, he said.