CLINTON — A restaurant slinging homemade butters and gourmet grilled cheeses has abruptly closed its primary location in Clinton after the owners said they felt unwelcome in the village. The … 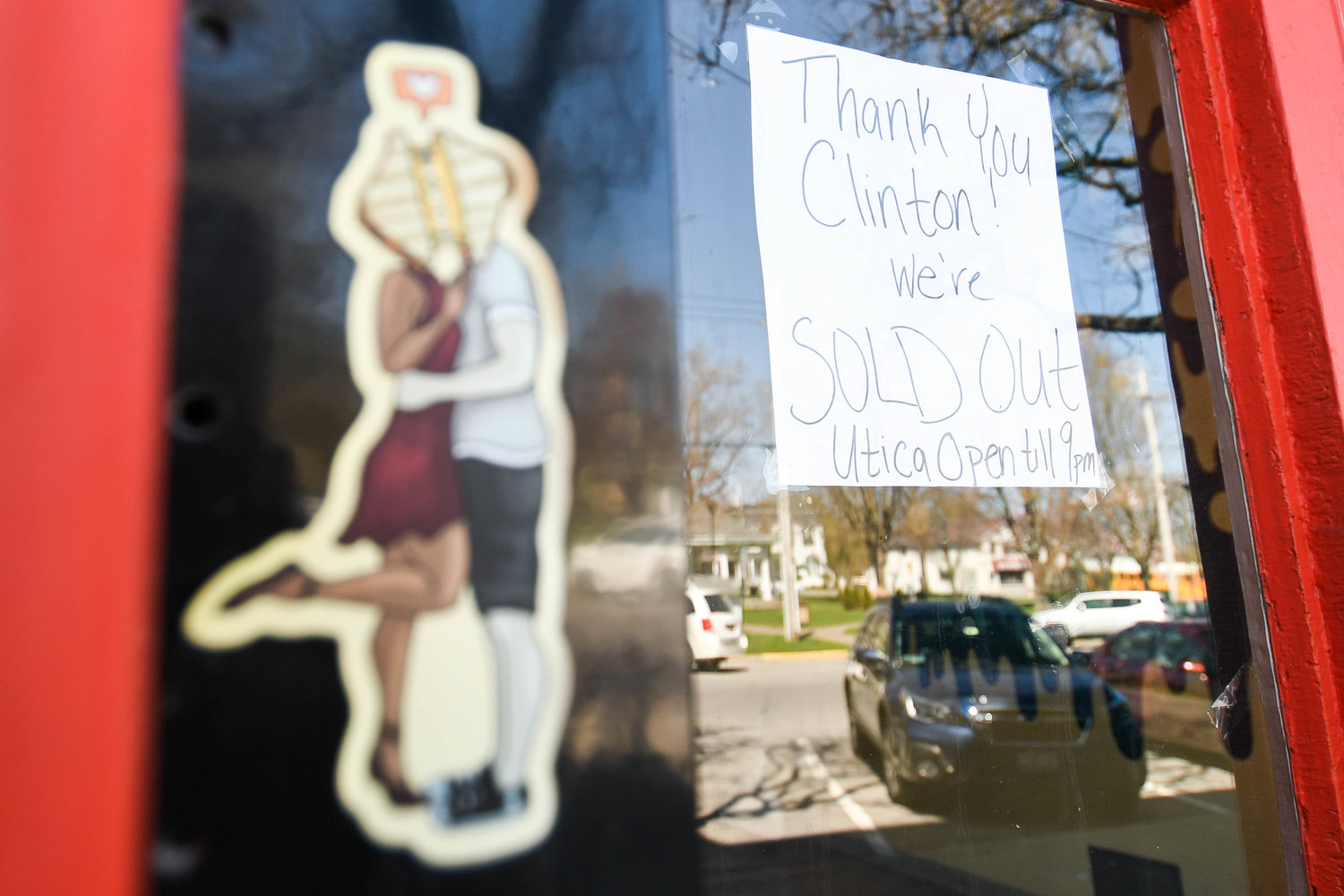 The grilled-cheese eatery, the Compound, will now focus on its location at 106 Genesee St. in Bagg’s Square, Utica.
(Sentinel photo by Alex Cooper) 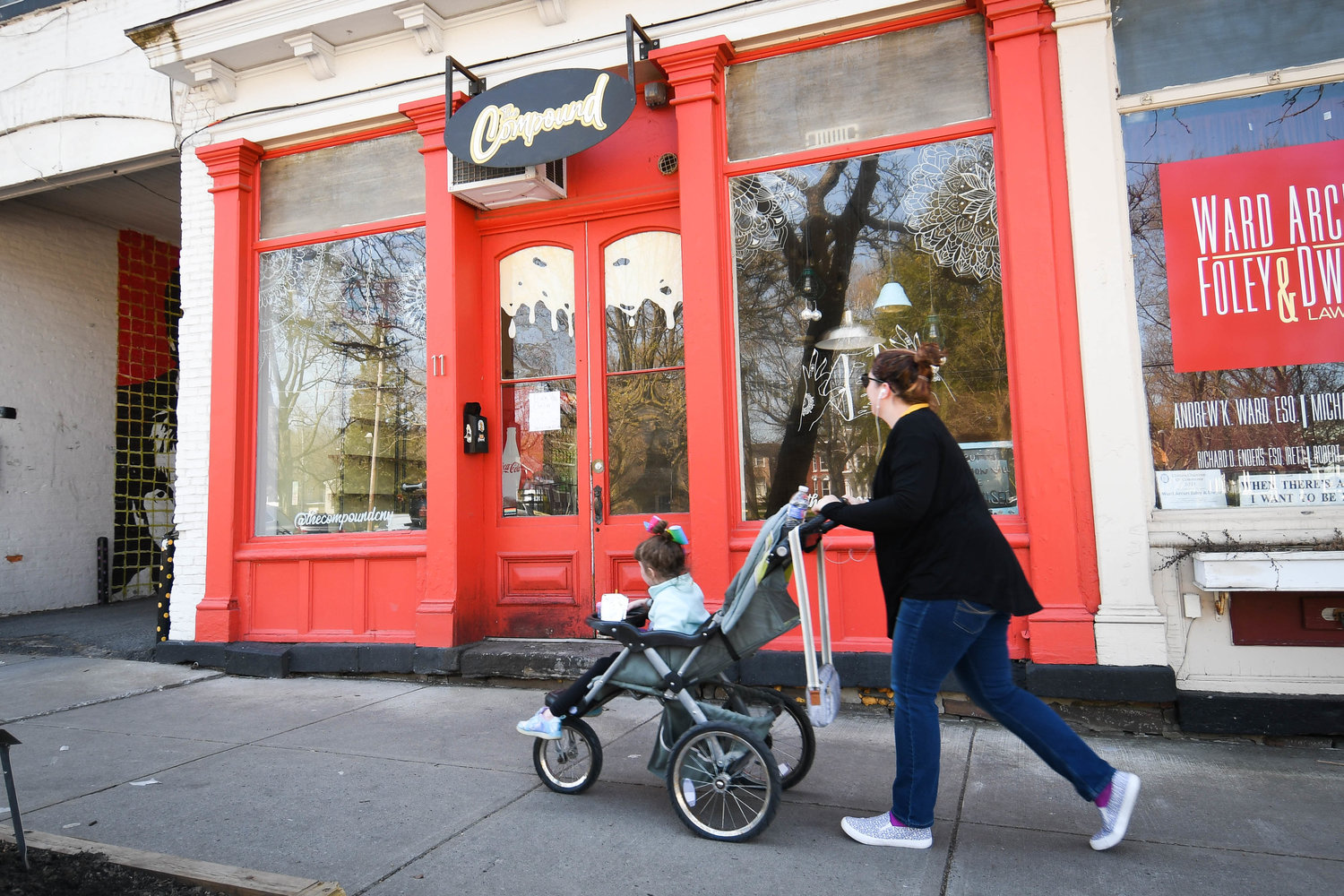 The Compound in Clinton, at 11 W. Park Row, closed its doors in late April.
(Sentinel photo by Alex Cooper)
Previous Next
Posted Tuesday, May 10, 2022 9:22 am
Carly Stone
Staff writer
email

CLINTON — A restaurant slinging homemade butters and gourmet grilled cheeses has abruptly closed its primary location in Clinton after the owners said they felt unwelcome in the village.

The Compound, run by owners Anna and Sharrone Sofer, was once one of “Clinton’s starlets” receiving many praises, Sharrone said. Following what they have called a progressing feeling of hostility within the village, the owners decided to close the West Park Row venue in late April and instead focus solely on their recently opened venue of the same name in downtown Utica.

“Clinton overall maintained its profitability, so it wasn’t an easy decision to close it since it was making money,” Sharrone shared. “We have a lot of transgender staff, we have a lot of queer staff, and they didn’t always feel comfortable in the environment there. Between that and then just the stress of having to deal with difficulties with the current administration, I guess would be the way to put it, it became less of a question of whether it was like, financially feasible or a question of whether it was emotionally.”

Those difficulties, the couple said, were largely directed by Clinton Mayor Elizabeth Tantillo, who said she was blindsided by the couple’s comments, which were termed “totally baseless” in a statement from the village.

Since opening in 2020, the Compound has always centered itself on creating a welcoming sense of community. Conflicts with the village were few if none at all, the couple said, until they hosted a pride event at their business in June 2021. That’s when they said everything changed.

Sharrone also came out publicly as transgender on the Compound’s social media at that time.

“There’s been a lot of specific instances that have just kind of bubbled up overtime” since then, Anna shared.

The couple said they felt purposeful evasion, discrimination, and accusations directed at them by Tantillo.

“In terms of hostility and discrimination, the claims made [by the Sofers] are totally baseless,” said a statement by the village on behalf of Tantillo. In that statement, Tantillo said that up until receiving notification from the Sentinel for a request for comment, “I had no idea of their sexual identification, no knowledge of the Pride event. I admired that they started a business in the village in a pandemic which was a bold move under the most difficult of situations.”

The statement also addressed the role of elected officials in village government to make decisions for the “good” of the community. “At times, the greater good may not seem fair to the individual. Luckily, the village has substantive laws and codes to guide their decisions so as not to seem capricious or biased over individual concerns,” the statement read.

It continued, “The role of mayor is complex and mostly involves governance. It would be virtually impossible to be intimately involved with every business, organization, or individuals as suggested. It is the role of village administration to respond to information, inquiries, and problems. In this case, the owners have fabricated the problem and sought to blame the mayor.”

Regardless of the conflicts between the owners and the village, the Sofers said their staff didn’t feel welcome in the village.

“We did have a hard time not keeping staff, but finding staff that liked being in Clinton,” Sharrone explained. Contributing to this was the eatery being accused by neighboring building owners and building managers of bringing in the “wrong crowd,” the couple said.

“I never really considered myself part of the wrong crowd. I don’t really know exactly what that means,” Sharrone remarked. “Nobody says ‘the wrong crowd’ and means something that’s like, benign.”

“Who wants to really be a part of a community that really doesn’t want you to be a part of it?” Anna reflected. She continued, “We have three kids, we have this business — who has the emotional energy to be dealing with this stuff all the time?”

The Sofers said they are thrilled with how they’re fitting in in Utica since opening in March 2022. “Going to work everyday now doesn’t feel like anxiety,” Anna said.

Although, it’s sad to let their first venue go. “We have really wonderful regulars [in Clinton], and we see the Hamilton college kids,” many who started eating there as freshman, Anna continued. “So yeah, it’s sad. And also, it’s kind of like this relief of we don’t have to deal with any of the drama.”