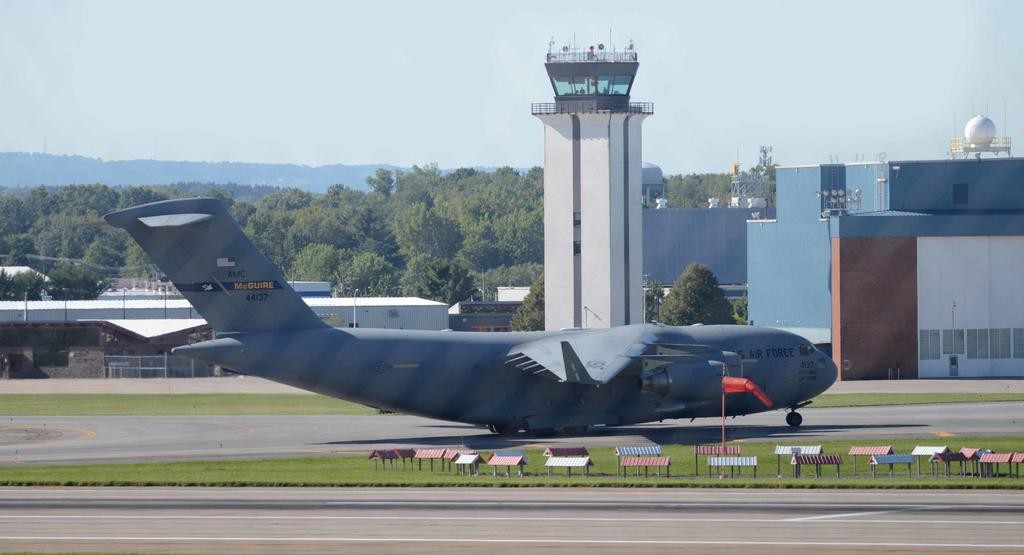 PROJECT FUNDING — A C-17 from McGuire taxi's back to take off at Griffiss International Airport in this file photo. Griffiss International Airport will receive $256,581 in federal funding to design of the first phase of the reconstruction of the runway. The entire project will be done in three phases, and should be fully funded by federal grant money. The work, which could take only one construction season, could be done next year. (Sentinel photo by John Clifford) 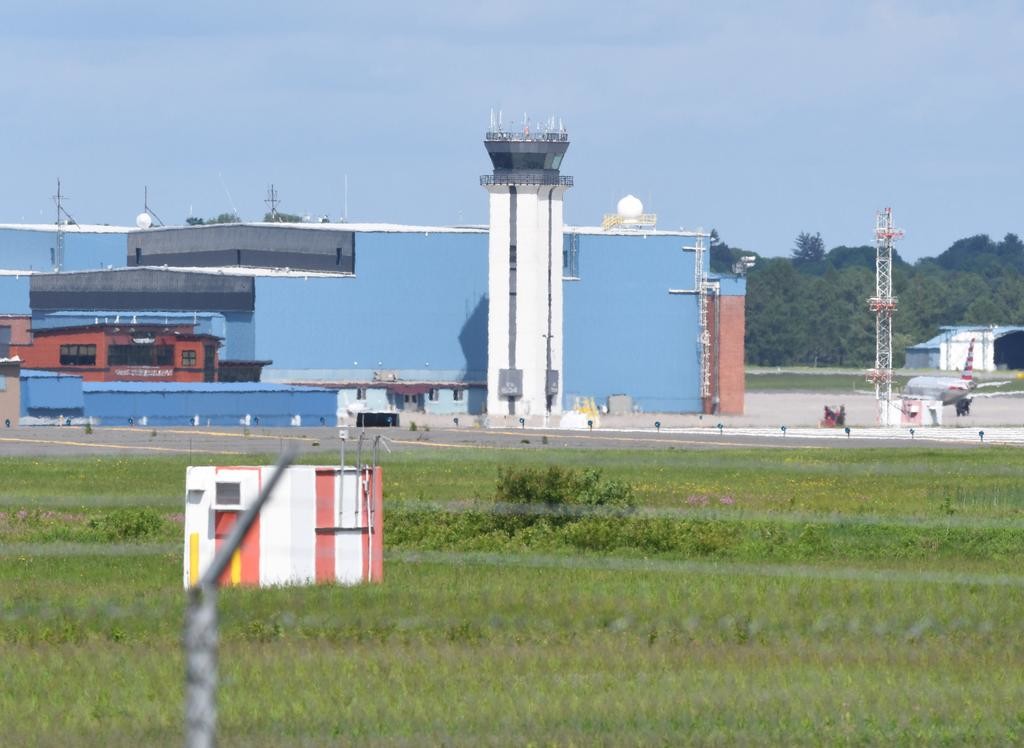 NEW RUNWAY — Griffiss International Airport will receive $256,581 in federal funding to design of the first phase of the reconstruction of the runway. The entire project will be done in three phases, and should be fully funded by federal grant money. The work, which could take only one construction season, could be done next year. (Sentinel photo by John Clifford) 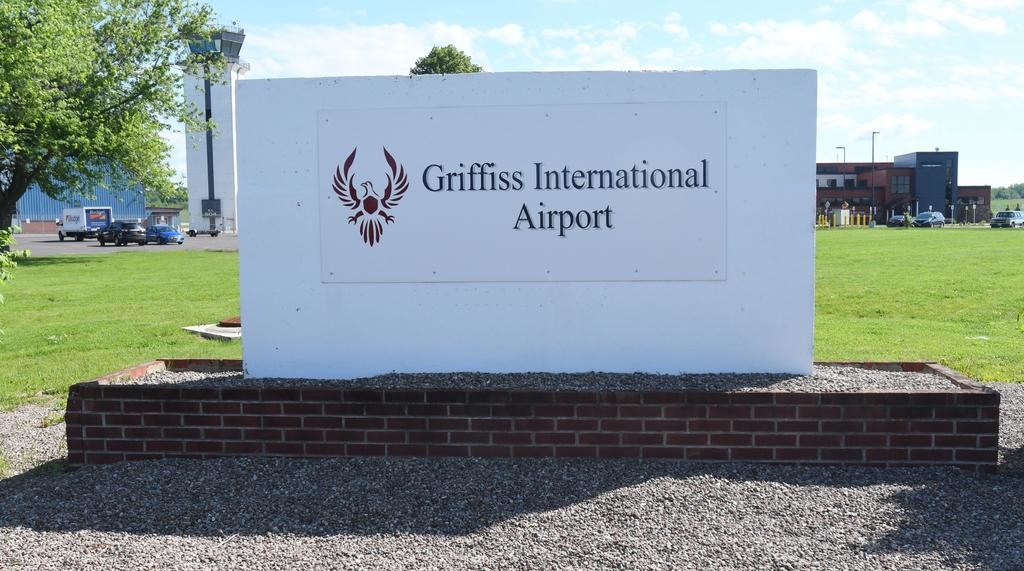 Griffiss International Airport will receive $256,581 in federal funding for infrastructure projects, part of over $17 million announced for local airports across upstate, according to U.S. Sens. Charles E. Schumer and Kirsten Gillibrand. The money will fund design of the first phase of runway reconstruction.

This funding was allocated through the Federal Aviation Administration’s (FAA) Airport Improvement Program (AIP). Specifically, the federal funding will be used for renovations and improvements to operational efficiency.

The funds will pay for design to reconstruct the first 3,000 feet of the 11,820-foot runway, county Aviation Commissioner Russell O. Stark said. The entire project will be done in three phases, and he noted that the FAA has programmed money to cover the costs of design and construction for each phase.

The project will cost upward of $10 million all told, Stark said, but the cost of materials at the time of construction will play a big part in the final figure. The plan is to be able to do all the work for entire runway in one construction season, and that could be in 2018. The new runway surface should last 20-30 years, Stark said.

“We do have one of the longest runways in the region,” Stark said. Safety of tenants and aviation community is a key in all development and upgrades, he said. “We’re going to continue to be a safe place for people to operate, and we’re going to have a brand new runway for people to operate from.” After the runway is redone, the focus will likely shift to reconstruction of the taxiway and the apron, he noted.

“This FAA grant will be instrumental in renovating the runway at Griffiss International Airport which is in serious need of repair,” said Oneida County Executive Anthony J. Picente Jr. “The money will go toward the design phase for the first portion of the rehab project and will ultimately allow our facility to provide improved service to our growing list of tenants and customers.”

“Making sure our airports are clear for takeoff is essential for the safety of air travelers and the smooth functioning of the local economy,” said Schumer.

“I am very pleased to announce that more than $17 million will go to modernize airports and to support New York State’s infrastructure. Making these critical upgrades will pave the way for supporting local economies and communities in Upstate New York. I will keep fighting to bring meaningful investment to modernize New York State’s airports which enhance overall quality and safety for the passengers and pilots that fly in and out of the state every day,” Schumer said.

“Investing in our airport infrastructure enables safer, more efficient service for the businesses and travelers who utilize it every day,” said Gillibrand.

“These funds are a major investment that will provide several airports across Upstate New York with the resources to renovate and upgrade their facilities. I will continue to push for resources that enhance efficiency and public safety at airports across New York.” Gillibrand added.

This program provides grants to public agencies for the planning and development of public-use airports that are included in the National Plan of Integrated Airport Systems.