REMSEN — In early 2019, Rachael Hurlburt was looking forward to the last two months of her pregnancy. At 32 weeks, she was eagerly anticipating a baby shower with family and friends and making … 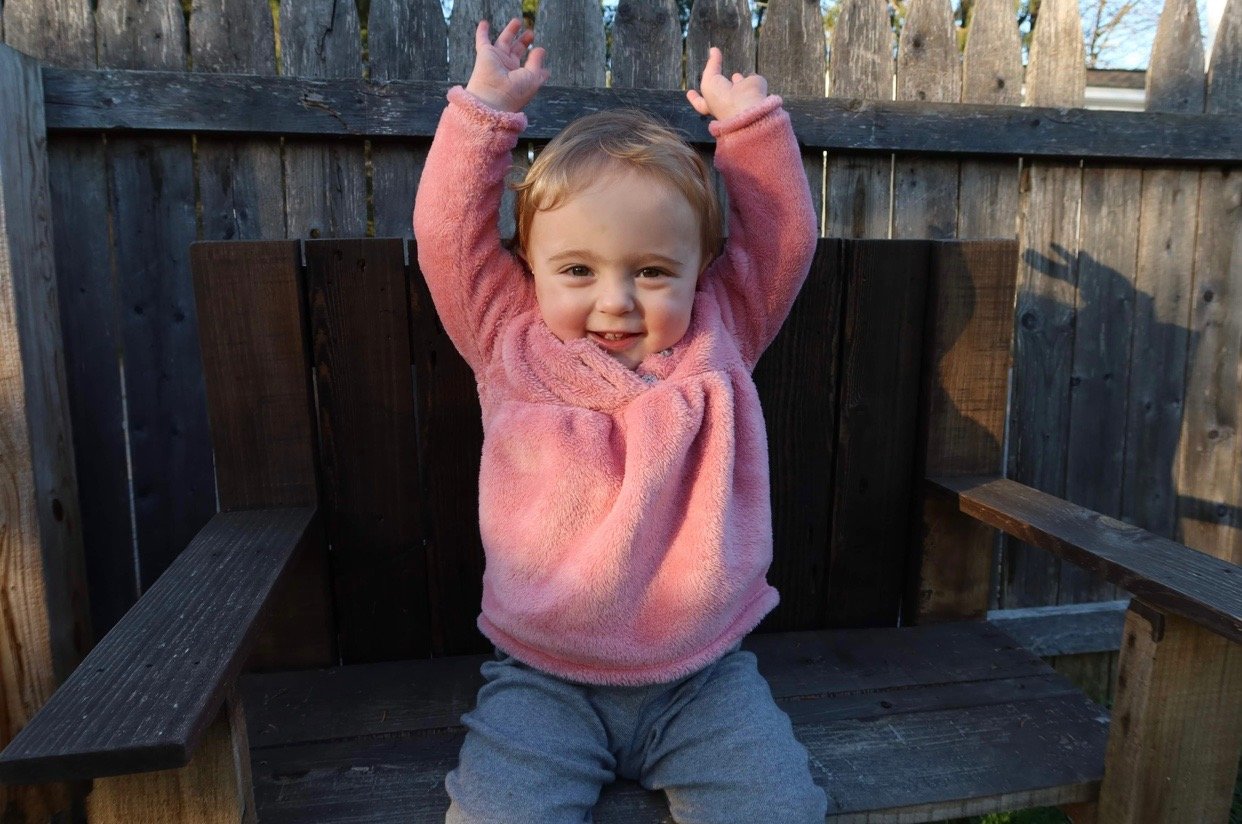 PLAYTIME — Sloane Rose Hurlbut throws up her hands and smiles as she enjoys some recent playtime. The happy, healthy Remsen toddler was born prematurely. Her parents are sharing their story, marking Premature Birth Awareness Month this November with the aim of helping others.
(Photos submitted) 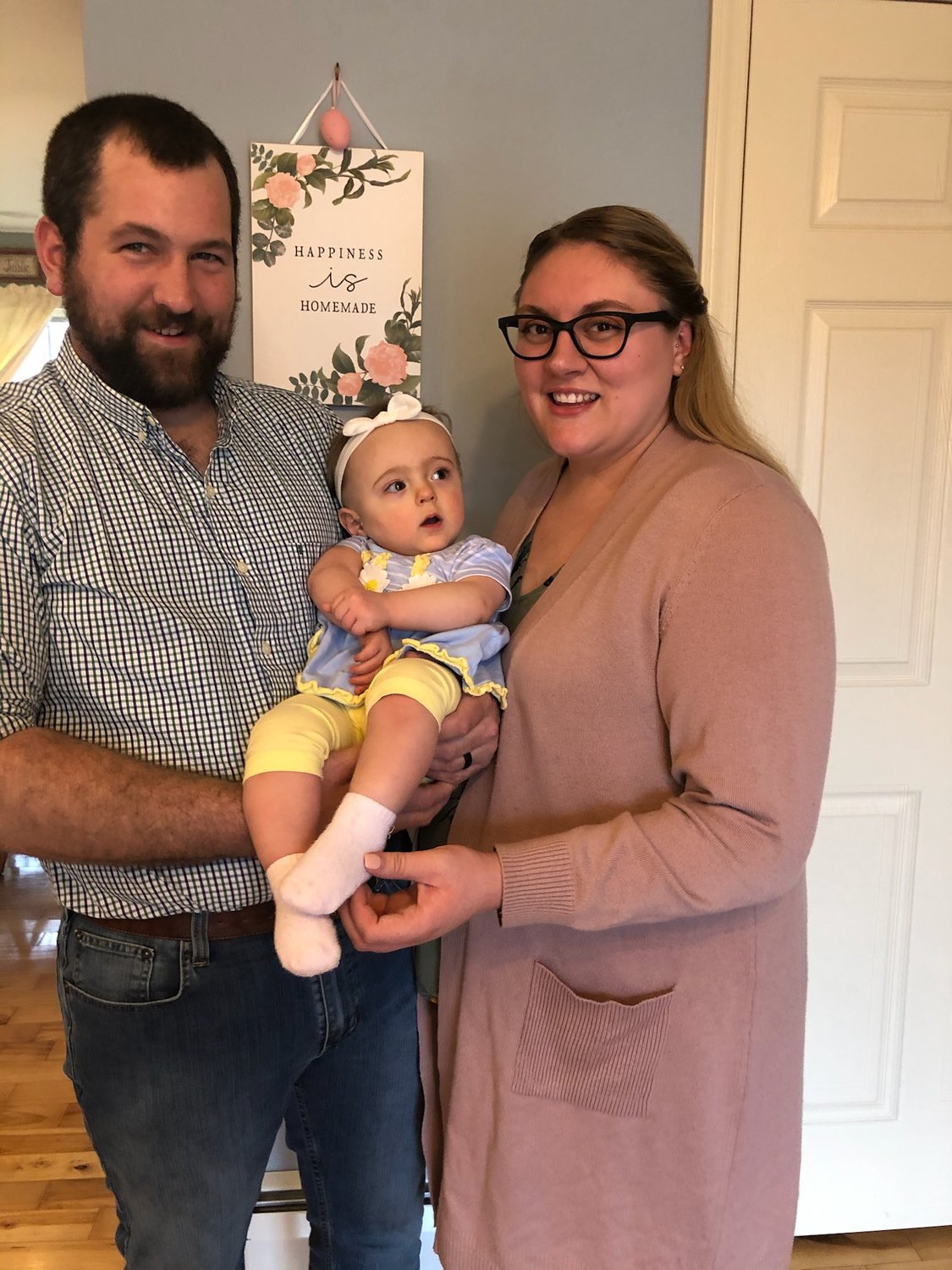 OVERCOMING CHALLENGES — Cory and Rachael Hurlbut enjoy some time with daughter, Sloane Rose, recently. November is National Premature Birth Awareness Month, and the Hurlbuts shared their story of their daughter’s premature birth in the hope of helping others facing a similar journey.
(Photo submitted) 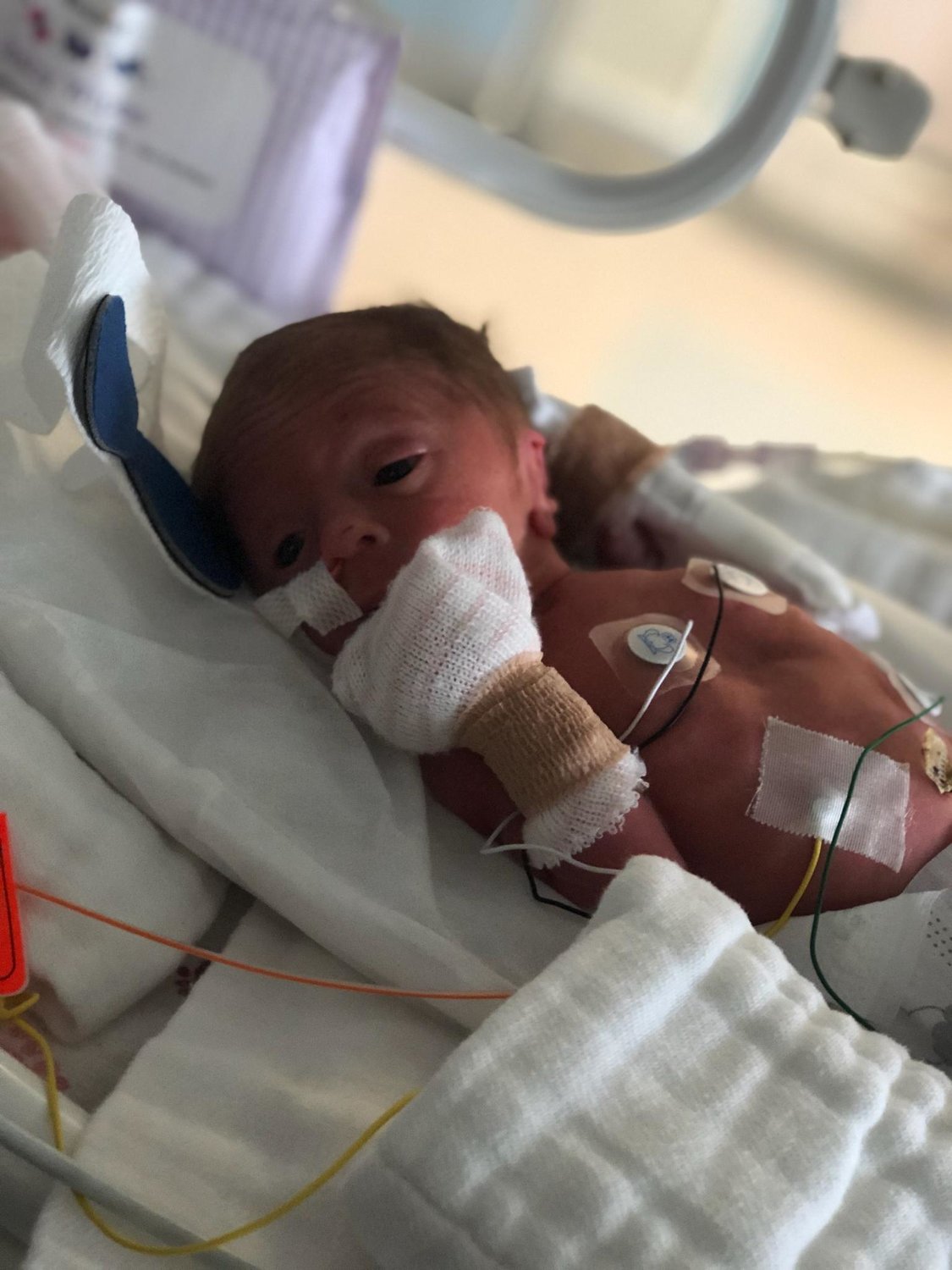 GETTING TREATMENT — Sloane Rose Hurlbut rests in the hospital following her premature birth in early 2019. She is now a healthy, happy toddler.
(Photo submitted) 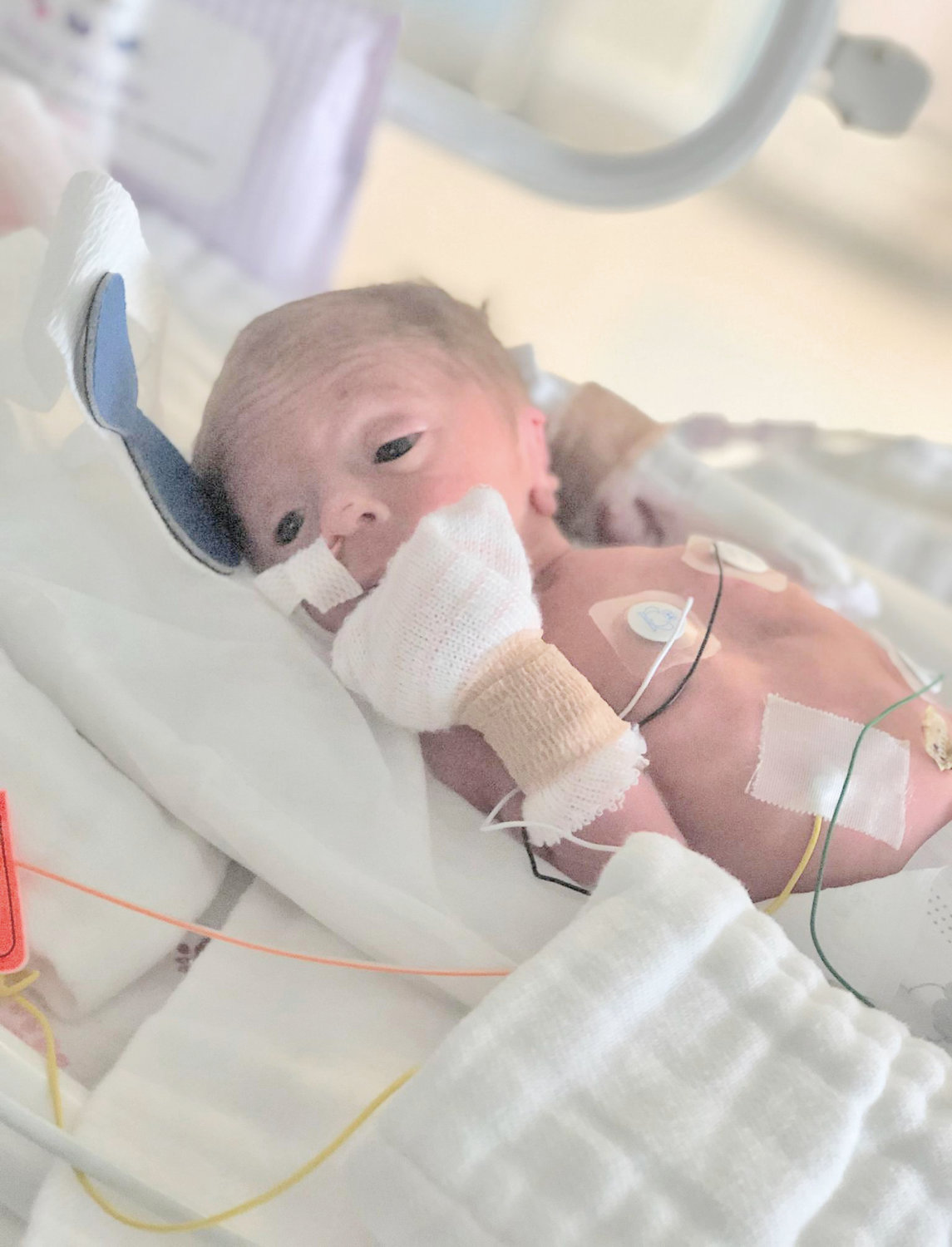 REMSEN — In early 2019, Rachael Hurlburt was looking forward to the last two months of her pregnancy.

At 32 weeks, she was eagerly anticipating a baby shower with family and friends and making plans for her daughter’s nursery when suddenly something didn’t feel right.

She and her husband, Cory, were visiting friends when she began to experience chest pain that she thought was heartburn. She went home and rested, and the pain resolved temporarily.

Not long after that day, she was at work when the pain returned, but worse.

First she tried soaking in the tub to ease the pain. It didn’t help, and she ended up curled on the floor crying in pain. At 3 a.m. she called the on-call doctor who suggested she go to the emergency room because it did not sound pregnancy related.

“It was a really weird pain,” Hurlburt said. “It was in my sternum and ribs and into the center of my back. The only thing I could equate it to was that it felt like I was having a heart attack.”

Hurlburt waited in the emergency room for five hours before being seen by a doctor. Finally the doctor sent her to Labor and Delivery.

In Labor and Delivery the doctor first thought she might be experiencing intercostal myalgia, but after testing and bloodwork she was diagnosed with preeclampsia and HELLP syndrome.

Preeclampsia is a pregnancy complication characterized by high blood pressure. HELLP syndrome is a complication of pregnancy characterized by hemolysis, elevated liver enzymes, and a low platelet count. It is rare, (affecting less than 1% of all pregnancies) but it can be life-threatening for both the mother and baby. Prompt response is generally required for the best outcome, usually in the form of delivery.

According to Healthline, some experts believe HELLP syndrome is a severe form of preeclampsia, a pregnancy complication that causes high blood pressure. Approximately 10% to 20% of women who develop preeclampsia will also develop HELLP syndrome.

She was sent home to monitor symptoms, but after two days returned to the hospital. Hurlburt was given magnesium sulfate to prevent a seizure due to the elevated blood pressure. She was also started on shots to strengthen her baby’s lungs. “I remember when they first diagnosed me, looking at Cory and saying ‘this is not how this was supposed to happen,” she said.

Immediately following the cesarian, their daughter was whisked away because of concerns over the baby’s health. Hurlburt never saw her daughter in the delivery room. There was no time for the nurses to hold her up so she and her husband could meet her.

Hurlburt’s husband and mother were able to meet Sloane before she was. Due to the magnesium sulfate she was prescribed, she was not able to walk to the unit where her baby was being cared for. Hurlburt desperately wanted to see her daughter and finally the next day a nurse wheeled her down to meet her.

“Seeing her was the most surreal experience,” she said. “She was so tiny, and we still had hurdles to face.”

According to the Centers for Disease Control, approximately 1 in 10 infants is born prematurely every year in the United States. That’s nearly a half-million preterm births, 80% of which are unexpected.

Sloane spent the first 30 days of her life in the hospital.

“I kept asking myself ‘what did I do wrong that my baby isn’t ready to come home yet,” she said. “Even though there was nothing I could do and it wasn’t my fault, as a new mom that’s all you think about.”

“When you get pregnant you imagine having your baby shower, the whole nesting thing, bringing your baby home and everything being great,” Rachael said. “And that’s not what we got.”

While there, Sloane spent time on a feeding tube and breathing with a nose cannula. This was a challenging time for Hurlburt. She spent many hours a day at the hospital, going home just to rest and tend to the dogs.

“The nurses at St. Lukes were amazing,” Hurlburt said. “Everyone on L&D and maternity were awesome. They did make it easier because they made sure that we were okay. There were days when I would be crying next to her crib or her incubator and they would do whatever they could do.”

Hurlburt has some advice for parents dealing with similar situations.

“Be an advocate for you and your baby,” she said. “In the aspect of a long hospital stay, it’s so hard but remember that that’s the best place for them. You want to take them home and provide everything that you can. All you can do is be there and provide the any support you can.”

“Once the baby comes home, know that your baby is going to progress at their own pace,” she added. “Everybody compares their kids to other babies, and especially as a preemie mom, you find yourself doing it even more. Babies are so resilient; the more you love and nurture them, it’s going to be what’s best. There is no handbook for having a preemie. Everybody’s experience is going to be different. You do the best you can.”

These days, Sloane is a thriving, healthy toddler keeping her mom and dad very busy.

“You never imagine you’re going to leave the hospital without your child. Bringing her home we finally felt like a complete family,” she said. “When we brought her home it was like the piece of the puzzle was finally here. We had our baby, we had our dogs; we were all together under one roof.”