Family of four injured in fire 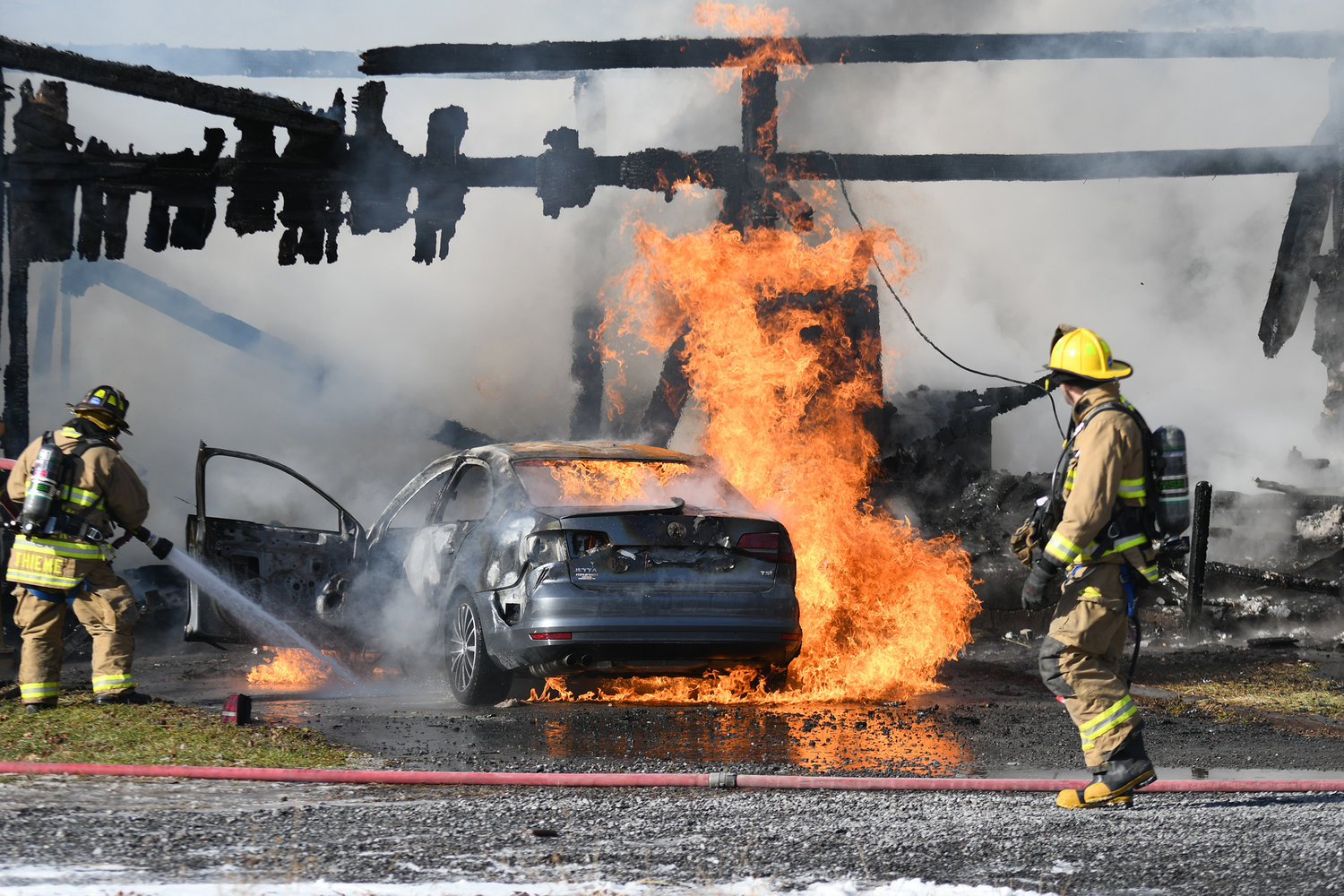 ORISKANY FALLS — A family of four was injured, including two children, in a blaze that destroyed a home on dead end Post Road Thursday morning.

Oriskany Falls Volunteer Fire Department received the alarm for 2580 Post Road at approximately 11:30 a.m. from a delivery person who noticed smoke and flames coming from the house.

Oriskany Falls Assistant Chief Jim Dowd said there was a delay in reporting the fire because the victims may have had trouble getting through due to their cell phone coverage. More details were expected to be learned once he met with the family this afternoon, he said.

Deputy Chief Andrew Ecker was the first on the scene and reported that the two-story wood structure fully involved. Several companies were called in for mutual aid including Vernon Center, Deansboro, Waterville, Munnsville and Madison, providing water and manpower.

Dowd said at least 50 firefighters from the fire companies responded to the scene.

“There’s not much water up here, so we really needed those assisting departments to bring in tankers,” the assistant chief said.

The victims have not yet been identified, but Dowd said the father did suffer some minor burns and the other family members were evaluated. They have since been released from the hospital.

“They literally lost everything, there’s nothing salvageable,” the assistant chief said. “There was some delay in the alarm, and we’re not sure if it was due to cell phone coverage. They had to walk up the street at least a quarter of a mile to a neighbor’s house so they could call it in. We don’t know about smoke detectors yet either.”

Dowd said the family rented the home and there was no insurance, so they lost everything.

It took 3-4 hours before flames were deemed under control. Dowd, who is investigating the cause of the blaze, said it’s believed the fire started in the nearby garage.

Post Road is located off Knoxboro Road, near Route 26.