Oneida’s history is rich and unique, and sometimes is thrust into the national spotlight, even associating itself with one of the nation’s former presidents. 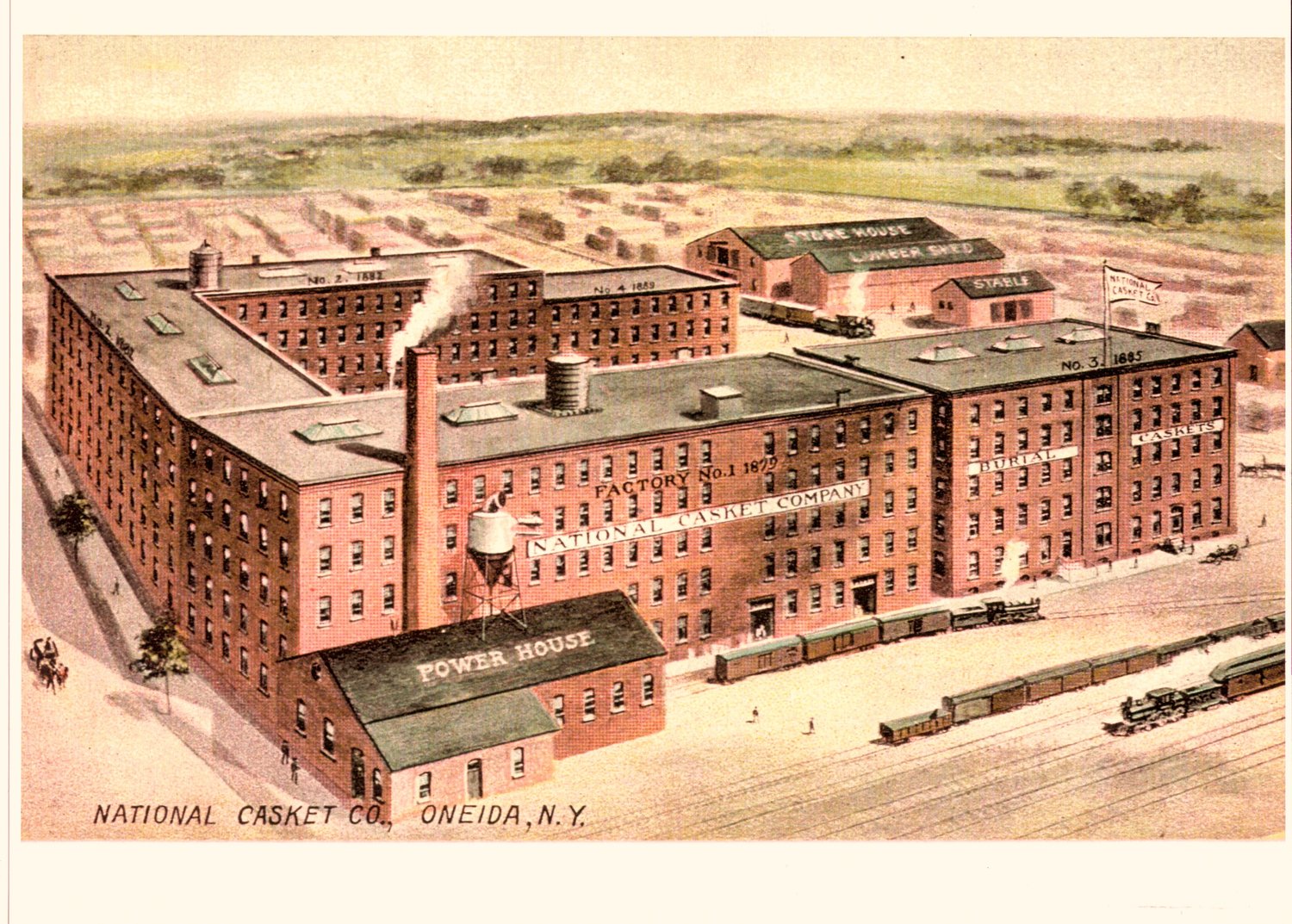 An old postcard depicts the National Casket Company factory in Oneida, once one of the premier companies of its kind in the United States.
(Courtesy of town of Sullivan Historian Mike Beardsley) 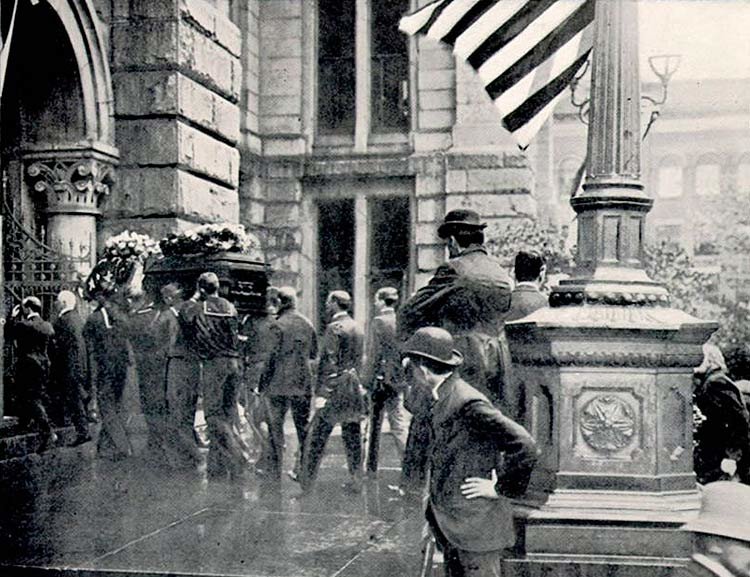 In this image, one can see the mahogany casket made by National Casket Company, used for President William McKinley’s funeral services and visitations.
(Courtesy of town of Sullivan Historian Mike Beardsley) 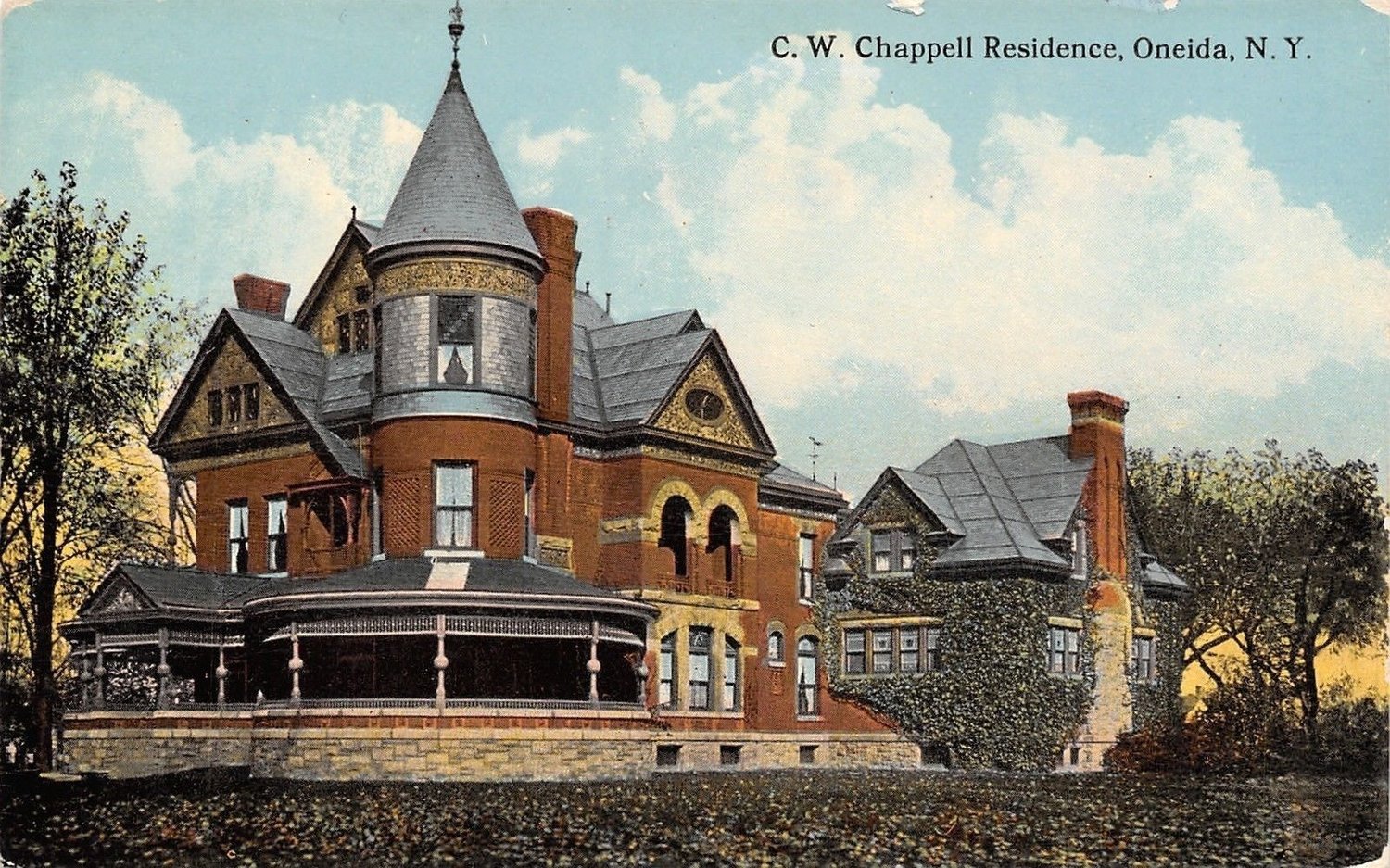 ONEIDA — Oneida’s history is rich and unique, and sometimes is thrust into the national spotlight, even associating itself with one of the nation’s former presidents.

President William McKinley, the nation’s 25th commander-in-chief, served from 1897 until his assassination in 1901. At one time, his body lay in a casket made in Oneida by National Casket Company.

National was an economic powerhouse headquartered in Oneida. At its height, the company had 15 factories and over 40 selection room locations in most major cities in the U.S, according to town of Sullivan Historian Mike Beardsley.

According to Beardsley, C. Will Chappell (originally from Cazenovia), Benjamin Chase, and John Maxwell, founded the Chappell, Chase, and Maxwell Casket Company in Oneida around 1873. Chappell had previous experience selling men’s and undertaker clothing.

Local businessman John Tuttle joined the team in 1876. In 1880, they merged with Stein Manufacturing of Rochester and Hamilton, Lemmon, and Arnold of Pittsburgh, the same year the Oneida Building Association built the Oneida hardwood factory.

In 1890 the company changed the name of their group to National Casket Company headquartered in Oneida. In 1891, three more casket companies joined National — Boston Casket of Boston, Maryland Burial Case of Baltimore, and Chase Casket of Albany, further widening the company’s reach.

By 1881 they already had branches in Syracuse and New York City.

According to Beardsley, the business “went on to become the largest casket company in the United States.”

He added, “They were into everything, from hearses to embalming fluid. National was the 3,000-pound gorilla of its day. So it’s absolutely no surprise that McKinley’s family would have chosen National.”

A wooden, hand-carved mahogany casket, model 2040, was the chosen vessel for McKinley’s ornate resting place — at least at first, Beardsley explained. The Oneida casket was apparently used for the funeral services, and later McKinley was transferred into another casket, made in Ohio, for the actual entombment.

A New York Times article from September 15, 1901 reads: “[McKinley’s casket] was furnished by the National Casket Company of Oneida and is elaborate in design. It is made of solid crotched Santo Domingo mahogany. It measures 6 feet 3 inches in length, is 22 inches wide, and 20 inches deep inside.”

While hardwood manufacturing took place in Oneida, the company would also build metal caskets in a number of different locations. Hardwood would later move to Tennessee, Beardsley said.

National Casket Company’s Oneida factory shut down in 1967 due to old and outdated equipment.

In the 1980s, National Casket Company “faded into oblivion,” as Beardsley put it, as it changed hands several times.

“They came in with a bang and out with a whimper,” he remarked.

The old Oneida factory building succumbed to a fire in 2006.