Prior to the holiday slump, the local housing market was still hot, but realtors say they are starting to see some things shift. 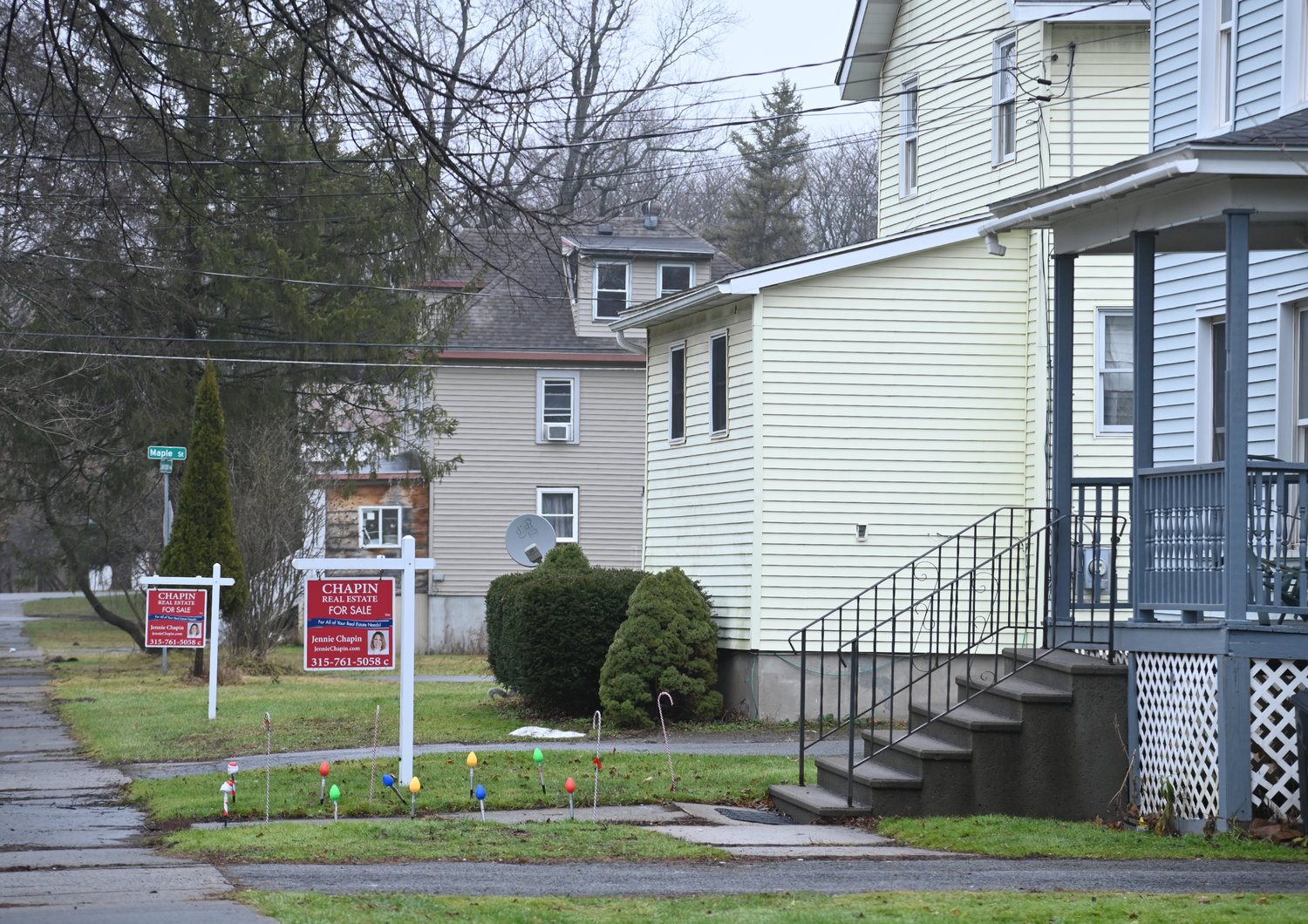 Prior to the holiday slump, the local housing market was still hot, but realtors say they are starting to see some things shift.

“Demand traditionally wanes during the holidays, as it did this year as well. That said, pre-holiday season, we saw slightly lower demand than the frenzied activity of 2021 and earlier 2022. That’s also affected by the fact that we currently have more buyers than homes for sale in buyers’ desired price ranges,” shared Ann Rushlo, executive officer, Mohawk Valley Association of REALTORS.

In addition, buyers are starting to include more contingencies in their purchase offers, something that hasn’t been done as much until recently due to such a competitive market, he said.

“For a while there, home inspections, 48-hour contingencies, you never saw that on a purchase offer, because there were so many people vying for the same property,” Sacco explained. “Now, you’re having more people say ok, I want to have a home inspection, [or,] I have to sell my house first before I can afford to buy yours, so we’re seeing more of that coming to contract now rather than in the previous year.”

Sacco reported a 30-year fixed rate loan in the area has an average interest rate of 6.4%. “We’re a little bit higher than we were in the past 3-4 years,” Sacco said.

That figure is slightly less, 6%, for FHA loans, which are typically taken out by first time homeowners and require less money down, he said.

“The rates don’t necessarily impede purchases, but in fact affect the amount of a home people are able to purchase,” Rushlo noted about mortgage rates.

“It’s always a good time to look and to purchase because if the interest rates go down, you can always refinance,” Sacco added.

“We very rarely have the very very highs and the very very lows in Oneida County, we’re pretty much level throughout the last four or five years,” Sacco said of the market. “The last couple of years has been very active with the housing market having less inventory. . .Our inventory is down, and it’s still down.”

He continued, “We’re shifting very slowly from a seller’s market to a buyer’s market, but we’re not there.”

“In summary, the market is still strong, mortgage rates only slightly affect buying power, and we’re looking forward to a bustling 2023,” Rushlo remarked.