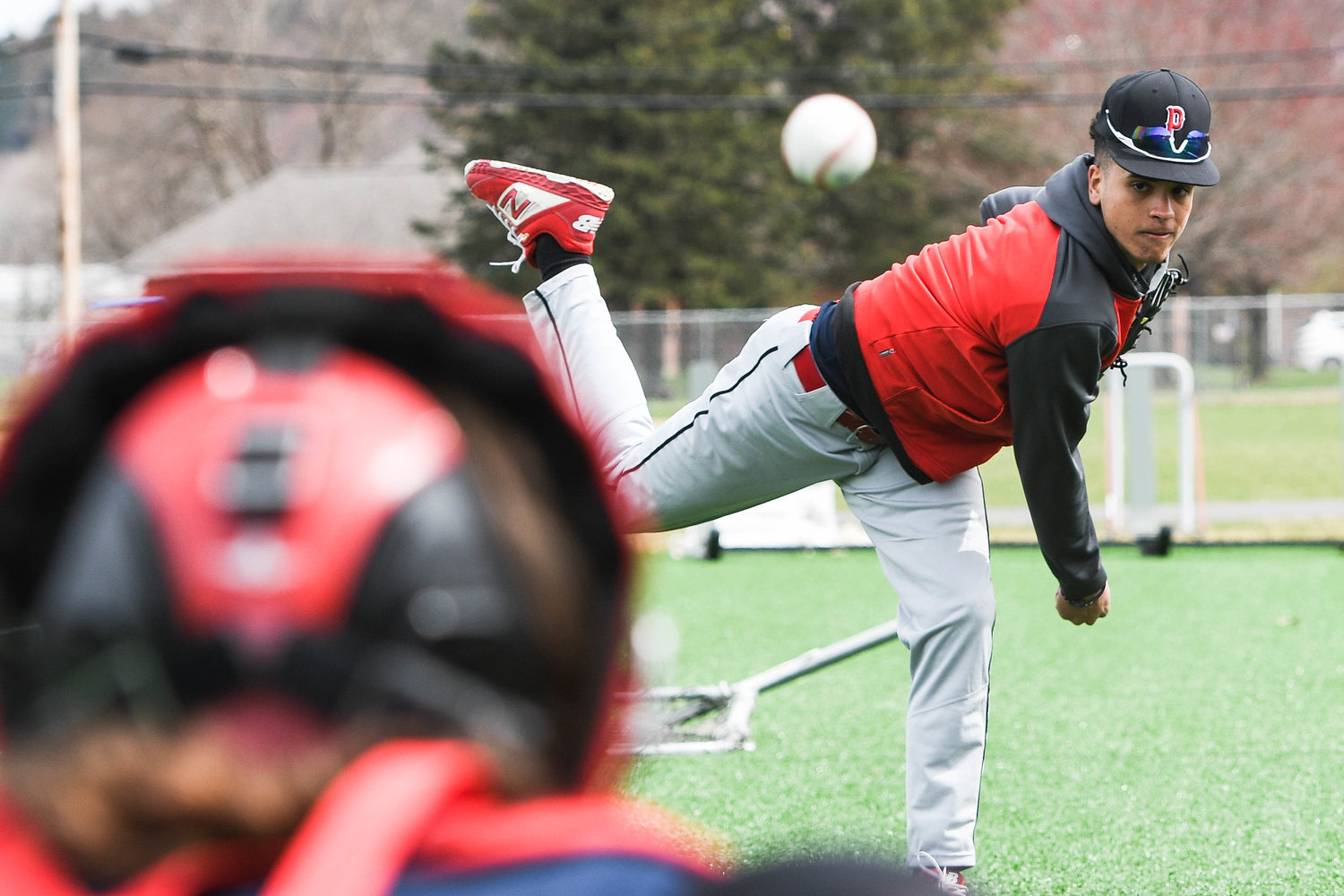 LOOKING IN — Proctor pitcher Manny Baez warms up his arm during practice on Monday at the high school in Utica. He’s considered a key pitcher and outfielder for Proctor, according to coach Dave Guido.
(Sentinel photo by Alex Cooper) 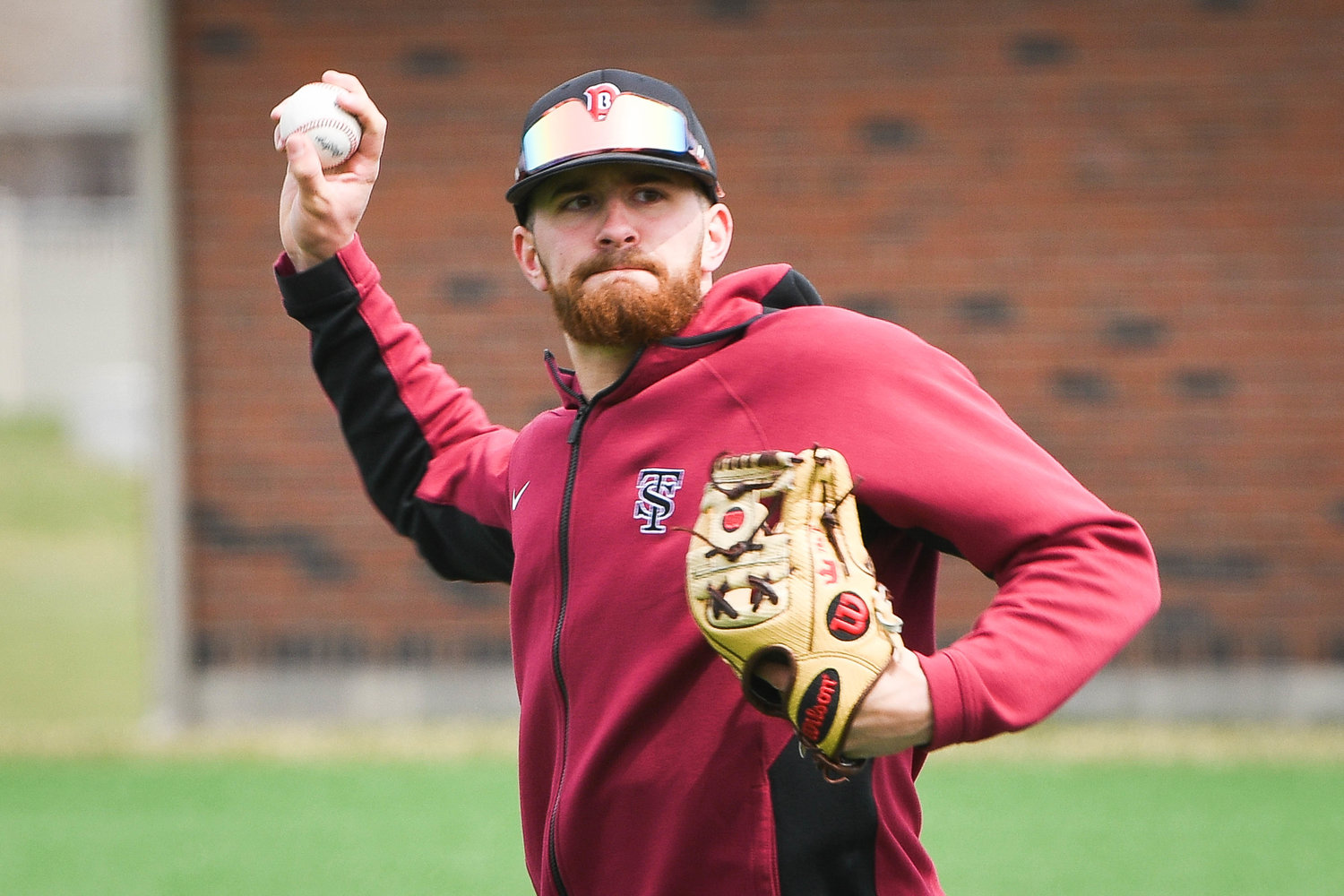 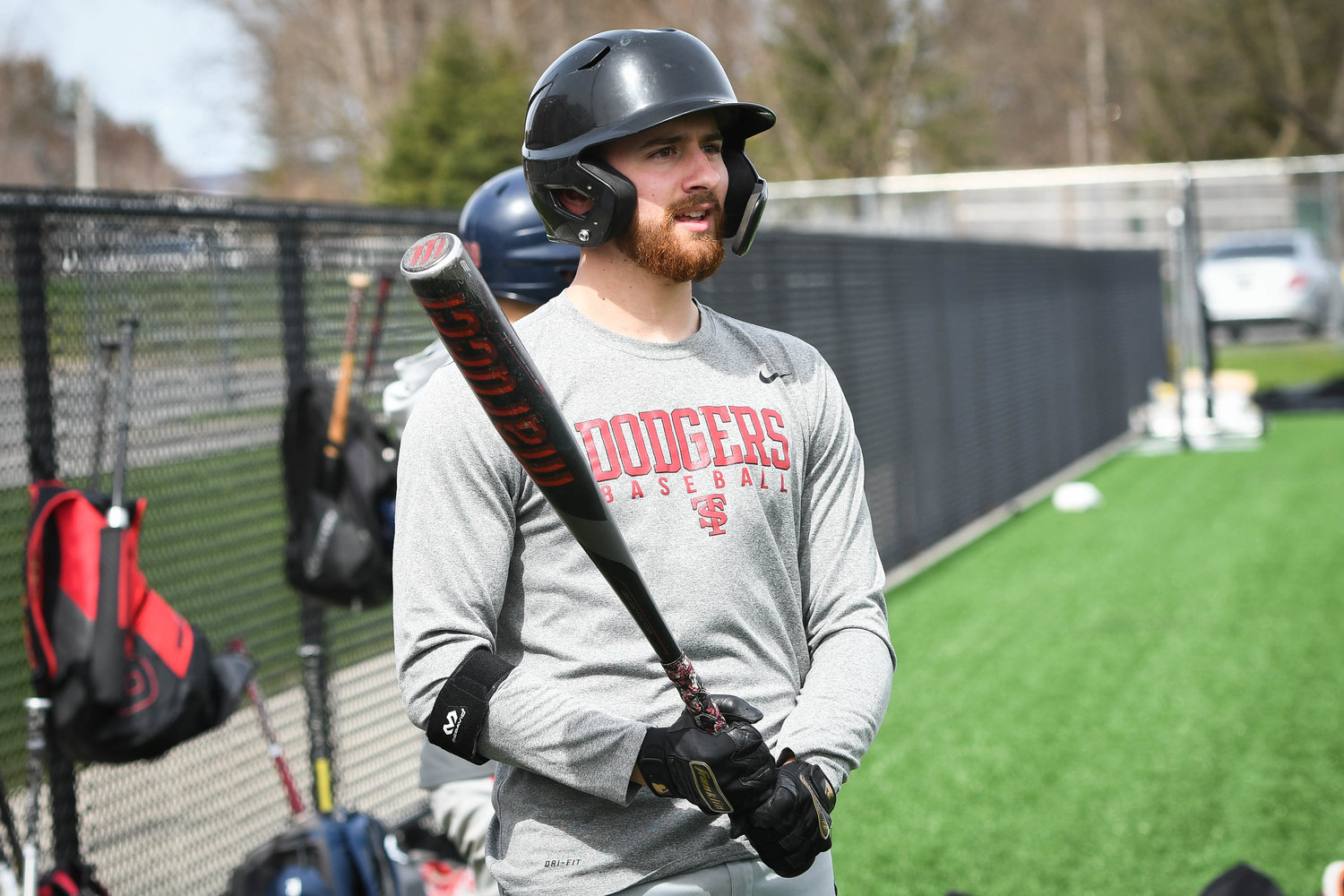 GRAB A BAT — Proctor's Todd Abraham prepares for hitting drills during practice on Monday at the high school in Utica. Abraham was the Tri-Valley Colonial Rookie of the Year in 2021.
(Sentinel photo by Alex Cooper) 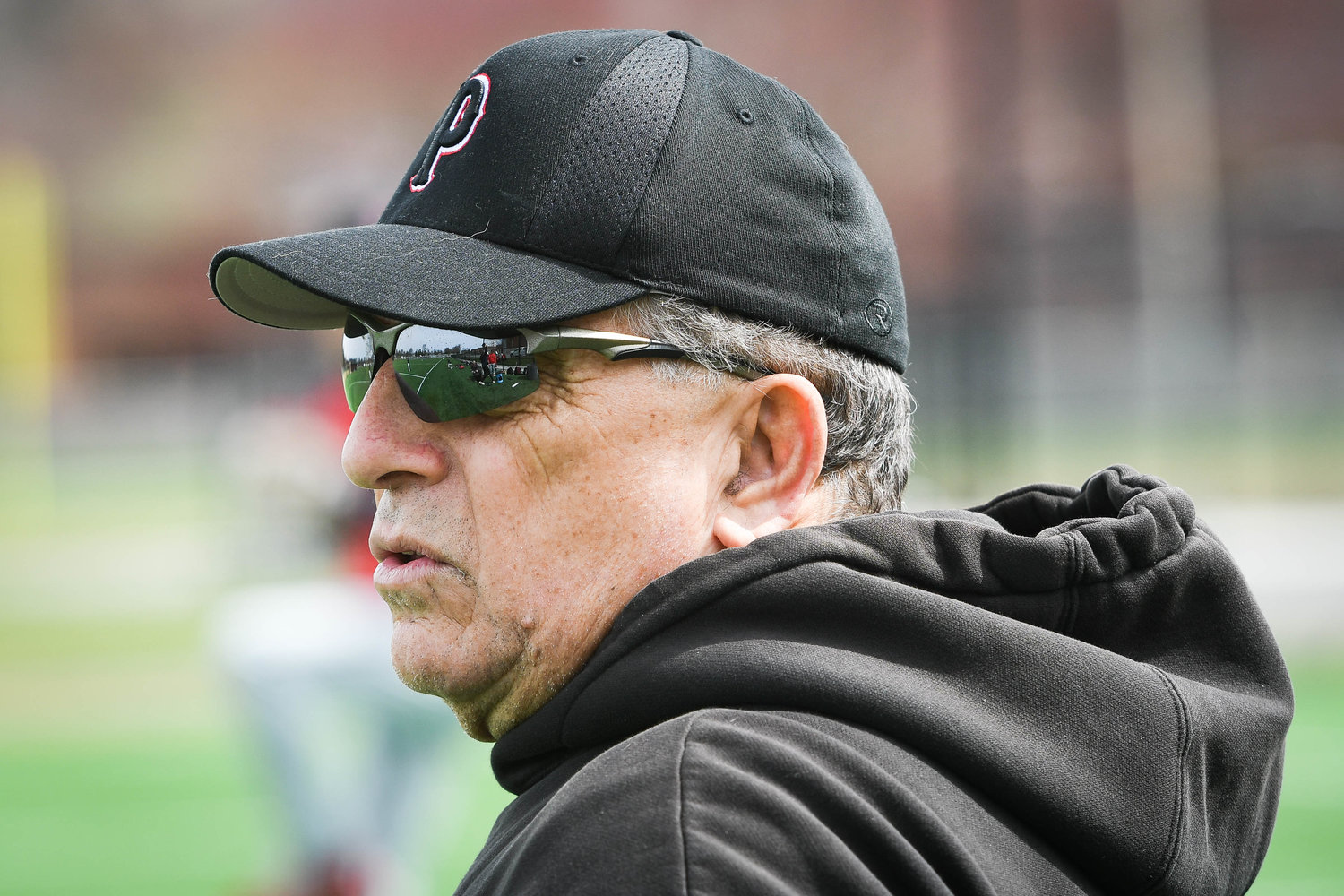 (One in a Series)

UTICA — This season is already much different for the Thomas R. Proctor High School baseball team.

Longtime coach Dave Guido points out the Raiders are well ahead of where they were at this time last year. In 2021, Guido said the the team didn’t meet for practice until April 18. That was after not playing in 2020 due to COVID-19 challenges.

Going into this season, there has already been good preparation over the last few months.
While Proctor has yet to play a game – the team’s start to the regular-season has been postponed a few times including Tuesday’s contest against Rome Free Academy – Guido thinks the Raiders are ready.

“We’re just chomping at the bit to get a game in,” said Guido, who has totaled more than 500 career victories. “It is so much different than last year. I’ve been coaching 35 years. I was actually in limbo (in 2021), I didn’t know how to approach it with a pitcher not having enough preseason work and worrying about hurting people’s arms and not being physically ready to play. … The kids responded well.”

The goal for Raiders – winners of eight Section III titles and the 2007 Class AA state championship under Guido – is to qualify for sectionals. It is a one-game-at-a-time approach for Proctor, which finished with a 6-6 overall record in 2021. The team lost Michael DeFazio, Kaleb Slover and Josh Gross – Tri-Valley League all-star selections in 2021 – as well as Joshua Duvall to graduation.

This season, Proctor has two seniors in left-handed pitcher/outfielder Martin Learnard and outfielder Vin Dardano who will be counted on. Most notably, Proctor has 15 juniors – led by last season’s TVL Colonial Division Rookie of the Year Todd Abraham – which has the team looking forward. Ten of those players were on varsity at the end of last season, Guido said.

“I think that’s the sole difference from this year to last year and how they’re going to help us. They’ve been in the weight room, throwing and swinging (bats) in the winter. I hope they were all positives.”

The biggest standout is Abraham, a shortstop who has verbally committed to NCAA Division I Binghamton.

“He’s one of the premier players in the whole area,” said Guido, who noted Abraham might also only be used in some short relief pitching situations. “He has all five tools, that’s for sure. … There isn’t anything in the game he can’t do.”

Proctor’s infield includes juniors – and “every day players,” according to Guido -- in second baseman Joe Gentile, catcher Joe DePaul and first baseman Angelo Podagrosi, who is backed up by Jude Paladino. Sophomores Genero Clemente and Parker Giruzzi are in the mix at third base. Juniors Mike Albertine and Chris Perez are also in the mix.

“If I was a pitcher on this team, I would try to throw quality strikes and let the other team swing the bat,” Guido said. “We have a very good defense.”

“(The trio) has to be probably the fastest outfield around,” Guido said.

Also in the mix are juniors Frank Pelli, Phil Sbarra and Pedro Frias.

“If our pitching holds up and they throw strikes I think we can be a pretty successful team,” Guido said. “We’ve got a lot of team speed.”

Guido cautioned that speed only helps if they can get on base. He said the team has been batting well and there are three or four guys who have good power. The team is also prepared to play small ball to be competitive in a tough TVL, he said.

The lefthanded Podagrosi, Kimball, Gentile and DePaul will be counted on for the Proctor offense.

“They’re the guys that we’re used to having in Proctor baseball for the last 25 or 30 years,” Guido said.