Exhibit harkens back to earlier times

EARLY AMERICANA — Clocks made in Madison County in the mid 1800s will be on display at the Madison County Historical Society from Nov. 1 to Dec. 19. The owner of the collection, Russell Oechsle, will be offering guided tours on Nov. 21 and 28 at 1 p.m. and Dec. 12 and 19 at 1 p.m.
(Submitted Photo) 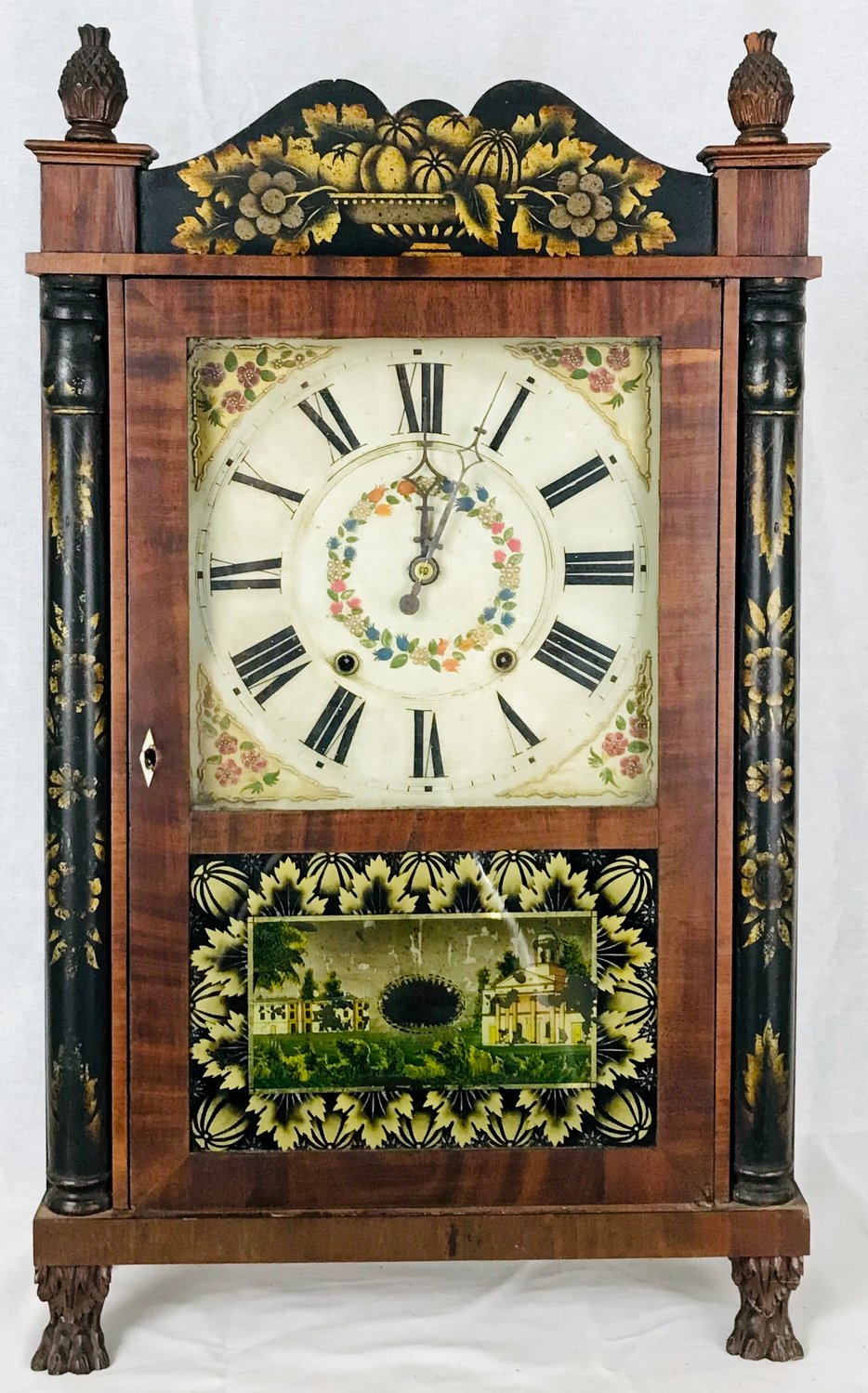 HAND CRAFTED — Clocks made in Madison County in the mid 1800s will be on display at the Madison County Historical Society from Nov. 1 to Dec. 19. The owner of the collection, Russell Oechsle, will be offering guided tours on Nov. 21 and 28 at 1 p.m. and Dec. 12 and 19 at 1 p.m.
(Submitted Photo) 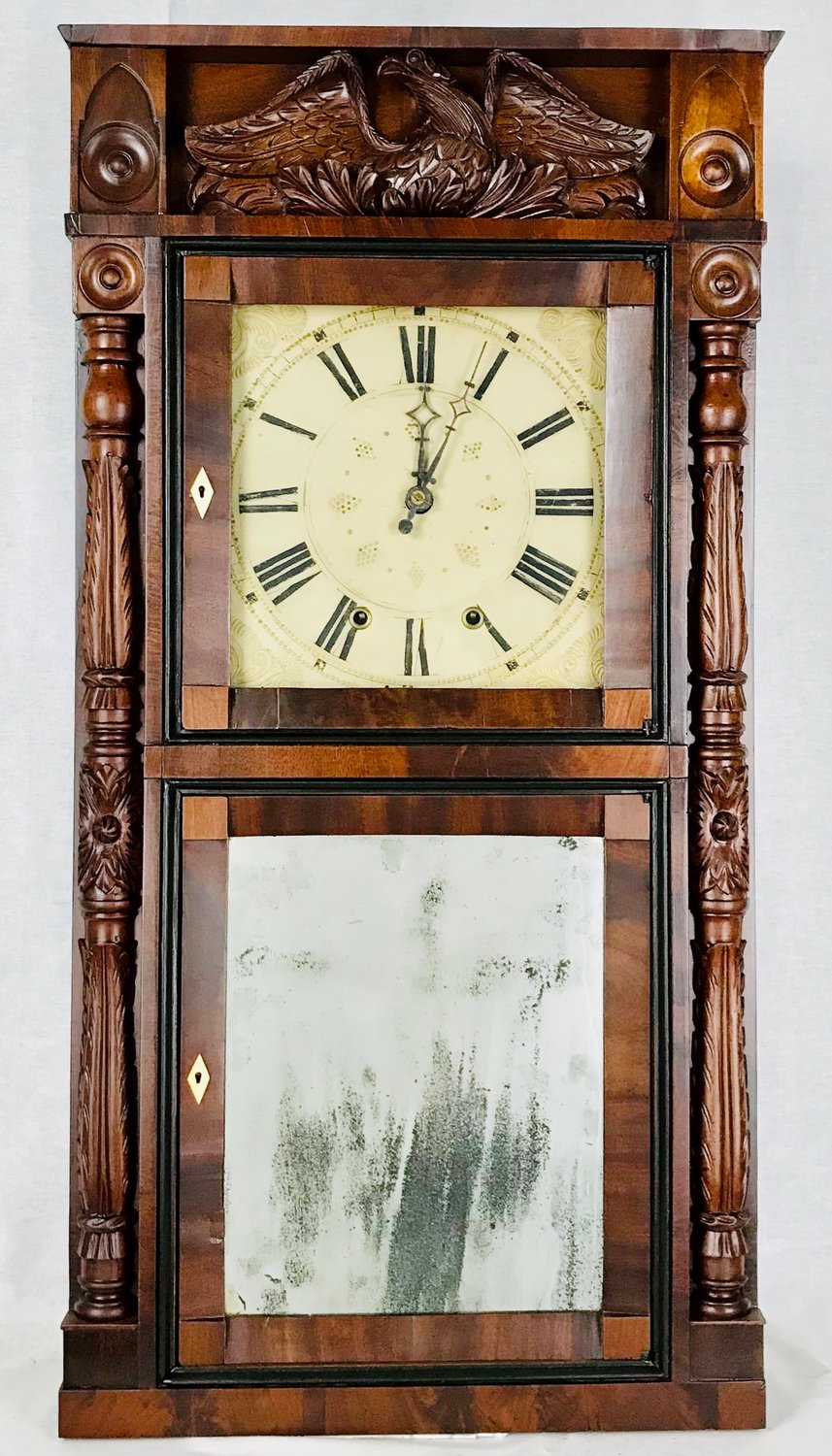 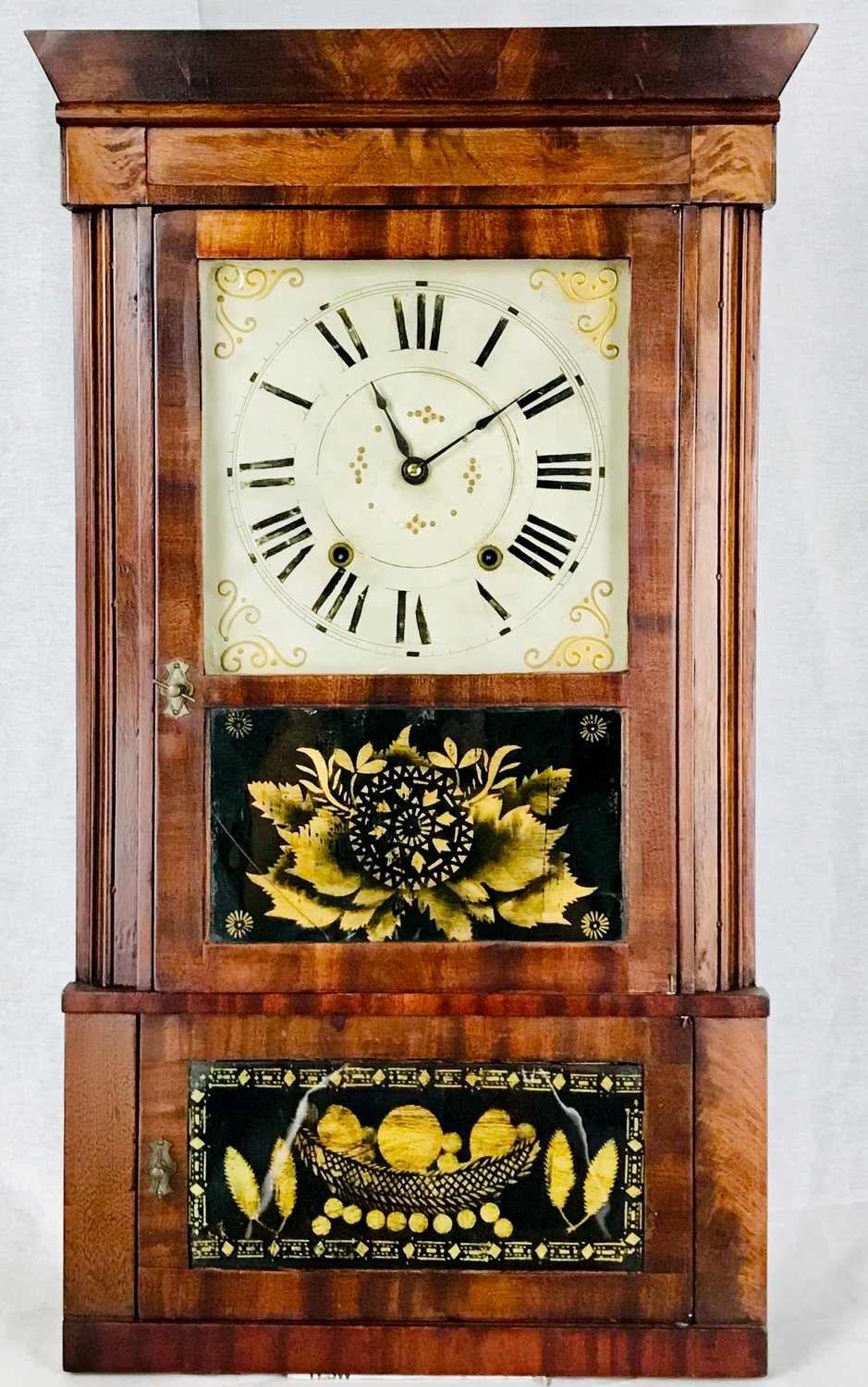 ONEIDA — Travel through time to an age when Madison County clockmakers did their best to compete with big names as the Madison County Historical Society and Russell Oechsle share a treasured collection of timepieces in a new exhibit.

A former resident of Madison County, Oechsle has a collection of more than 20 rare early-American shelf clocks made in Madison County in the mid-1800s.

Oechsle lived in the Boston area for a couple years and frequented local flea markets with his wife. “On one occasion, we picked up an old clock we thought we’d restore,” Oechsle said.

After a failed repair, Oechsle was spurred on to do more research, study repair, and look for more clocks to restore and collect.

“When I came back to Central New York [in the mid 1970s], my wife and I had a lot of time on our hands, and we went to a few auctions and found clocks made in Central New York,” Oechsle said. “But nobody seemed to know about the makers or when they were made. That piqued that my historic research interest and that’s what got me started.”

Working in the Madison County Clerk’s Office, Oechsle had resources available to research the origin of these clocks he acquired.

There were four major shelf clockmakers in Madison County, each one trying to compete with major clock companies mass producing time for a new generation.

“They either made clocks that looked just like the mass produced clocks that were made in Connecticut at the time but then they made ones that were either slightly or dramatically different,” Oechsle said. “And those are the ones that I think are the most different. They’re variations on those Connecticut clocks with a real country flair and theme.”

Oechsle said Madison County clockmakers realized they couldn’t compete making their own internal components when Connecticut clock companies were mass producing pieces out of wood and instead, purchased them and made their own cases.

“They were made by their own hand, right here in Madison County,” Oechsle said. “I’ve spent 40 years or so searching for Madison County clocks. They really are quite rare and made for a short period of time. Many of these makers realized they couldn’t make a livelihood making clocks and pursued other occupations. They’re very scarce.”

There are a few clocks on display that Oechsle said were his favorite, but didn’t want to spoil anything before the tours.

The cost is $10 for members, $15 for non-members. Tours are by appointment and space is limited.