“Without thinking too much about it in specific terms, I was showing the America I knew and observed to others who might not have noticed.” — Norman Rockwell 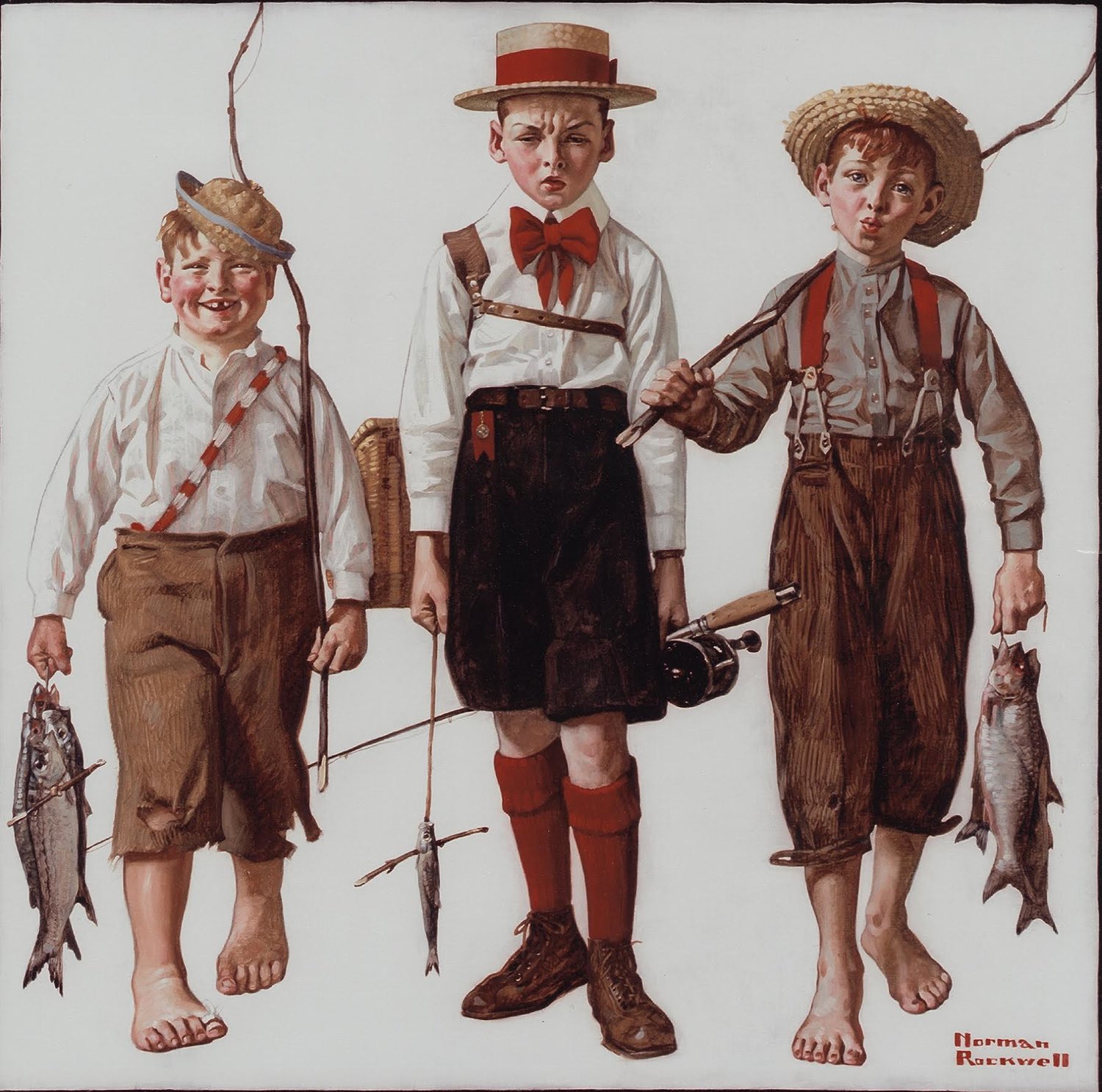 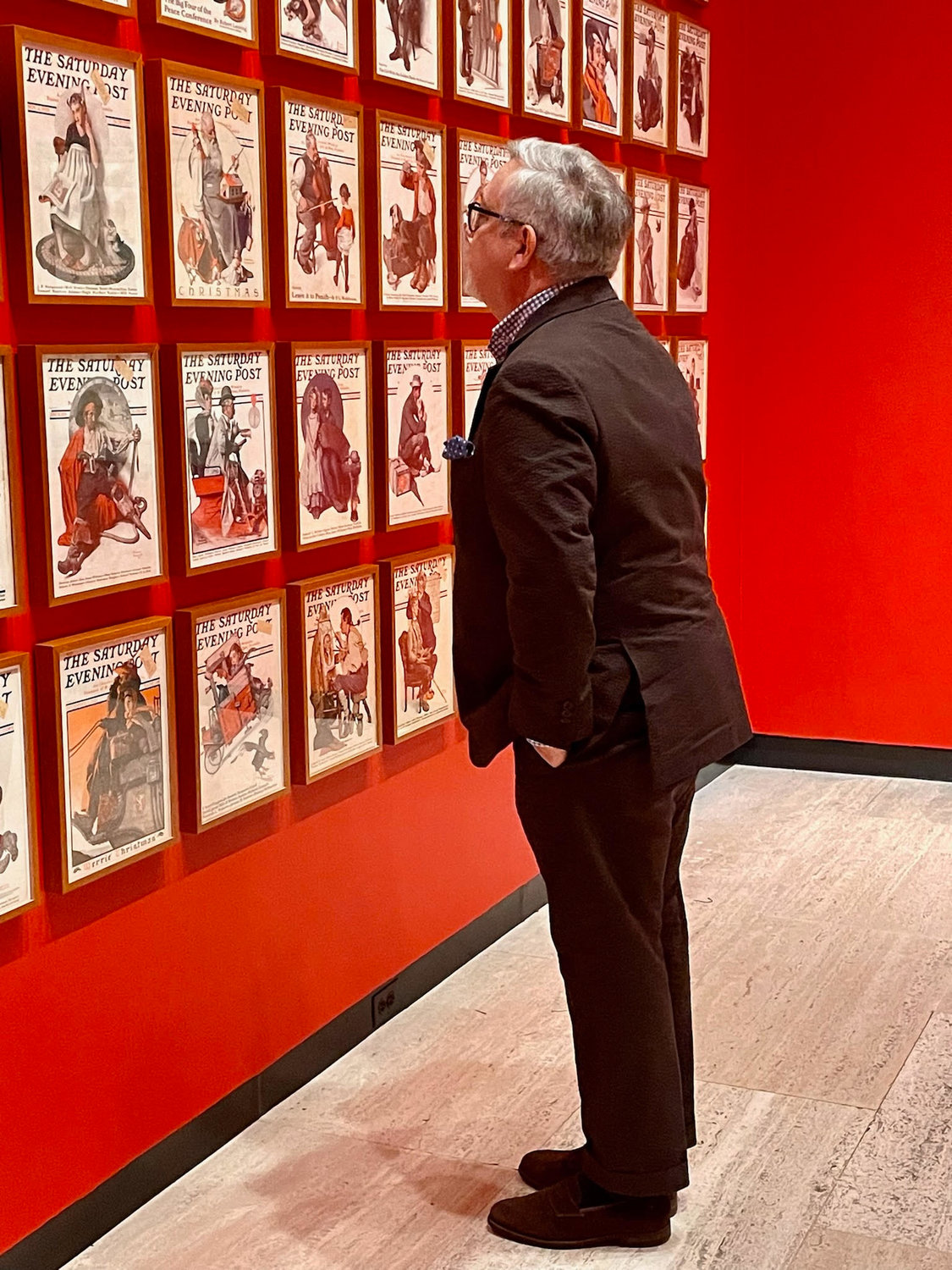 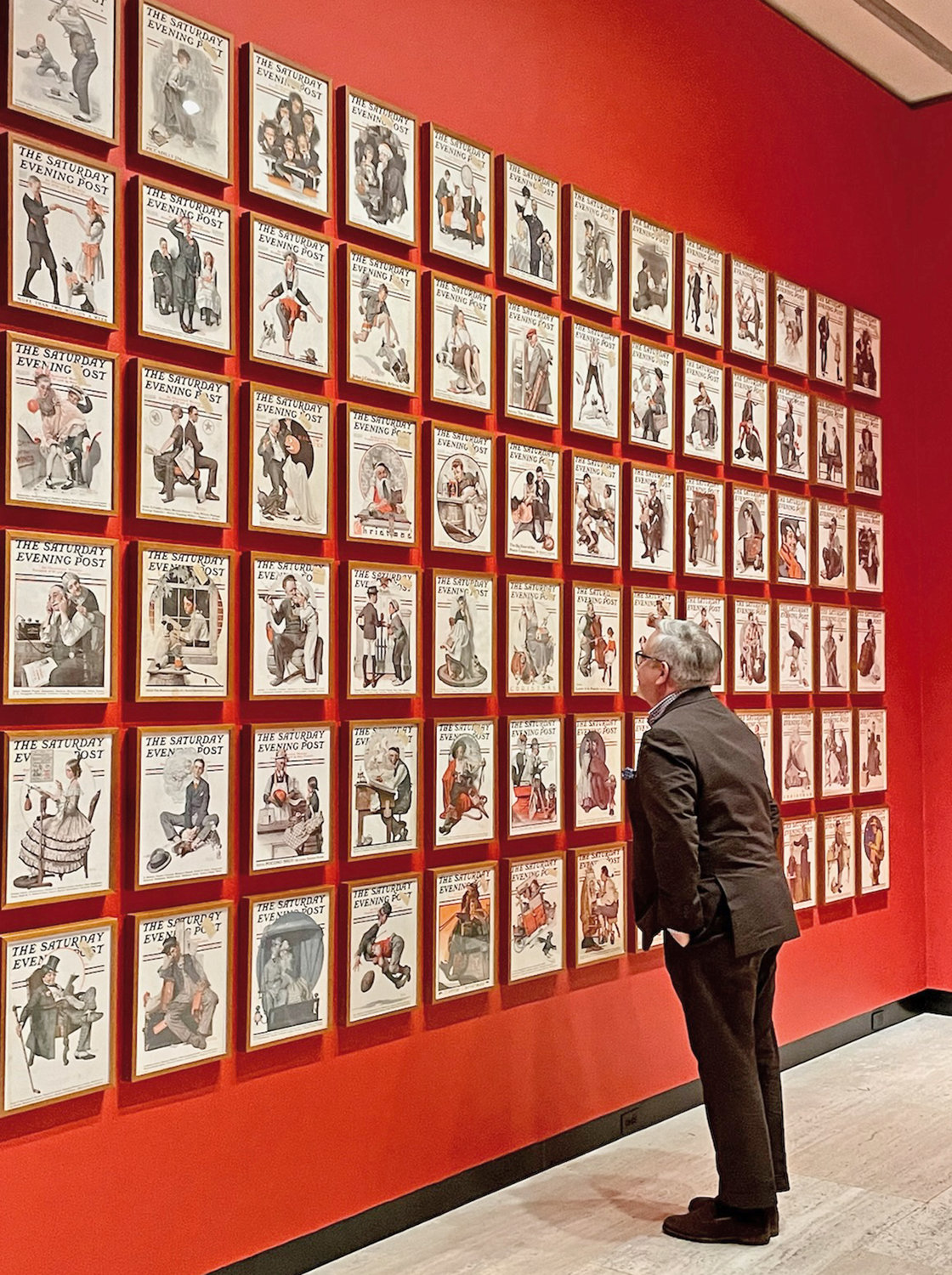 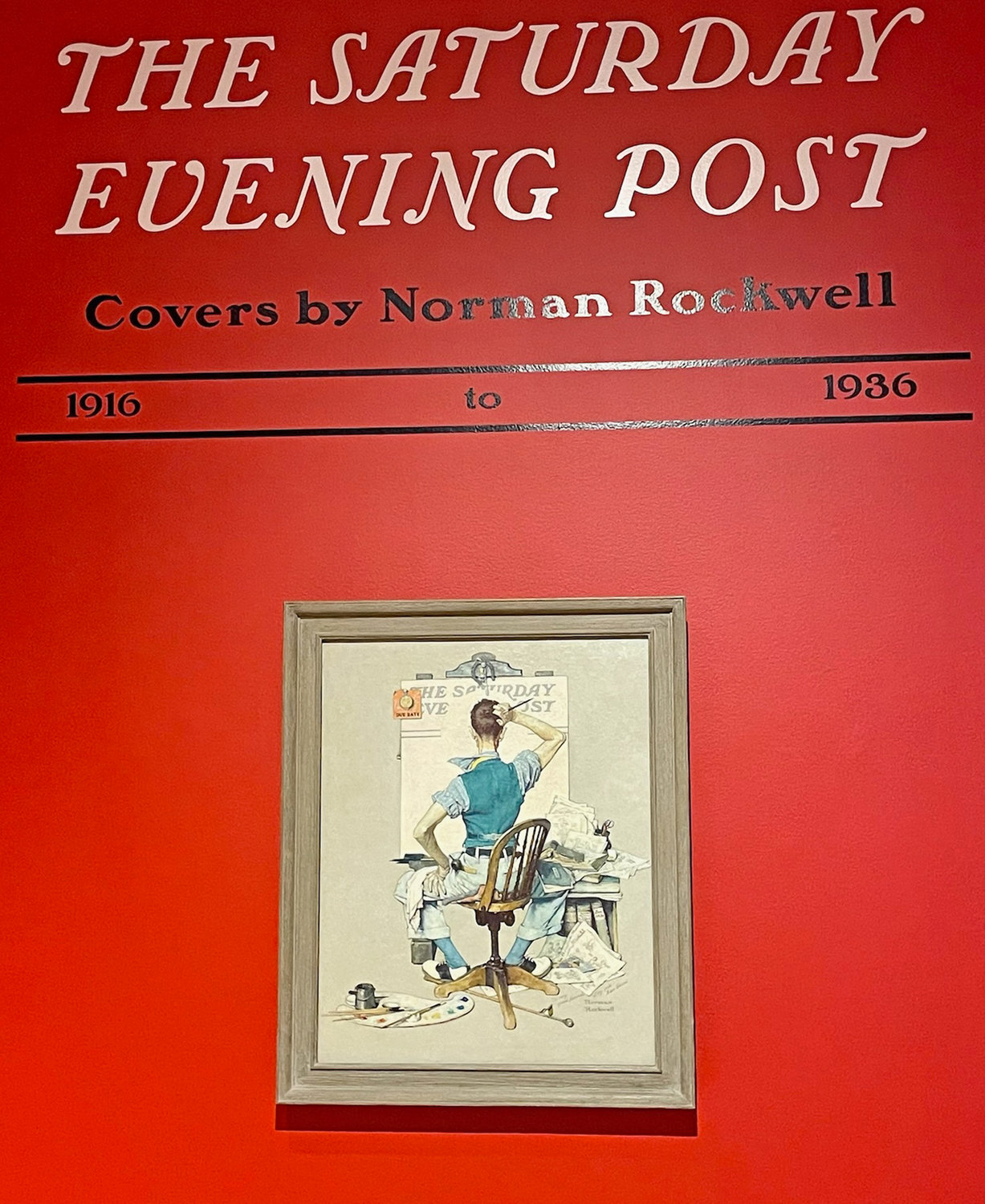 One of the famous self-illustrations painted by Norman Rockwell is the main focal point inside one of the exhibition rooms at Munson-Williams-Proctor Arts Institute in Utica. 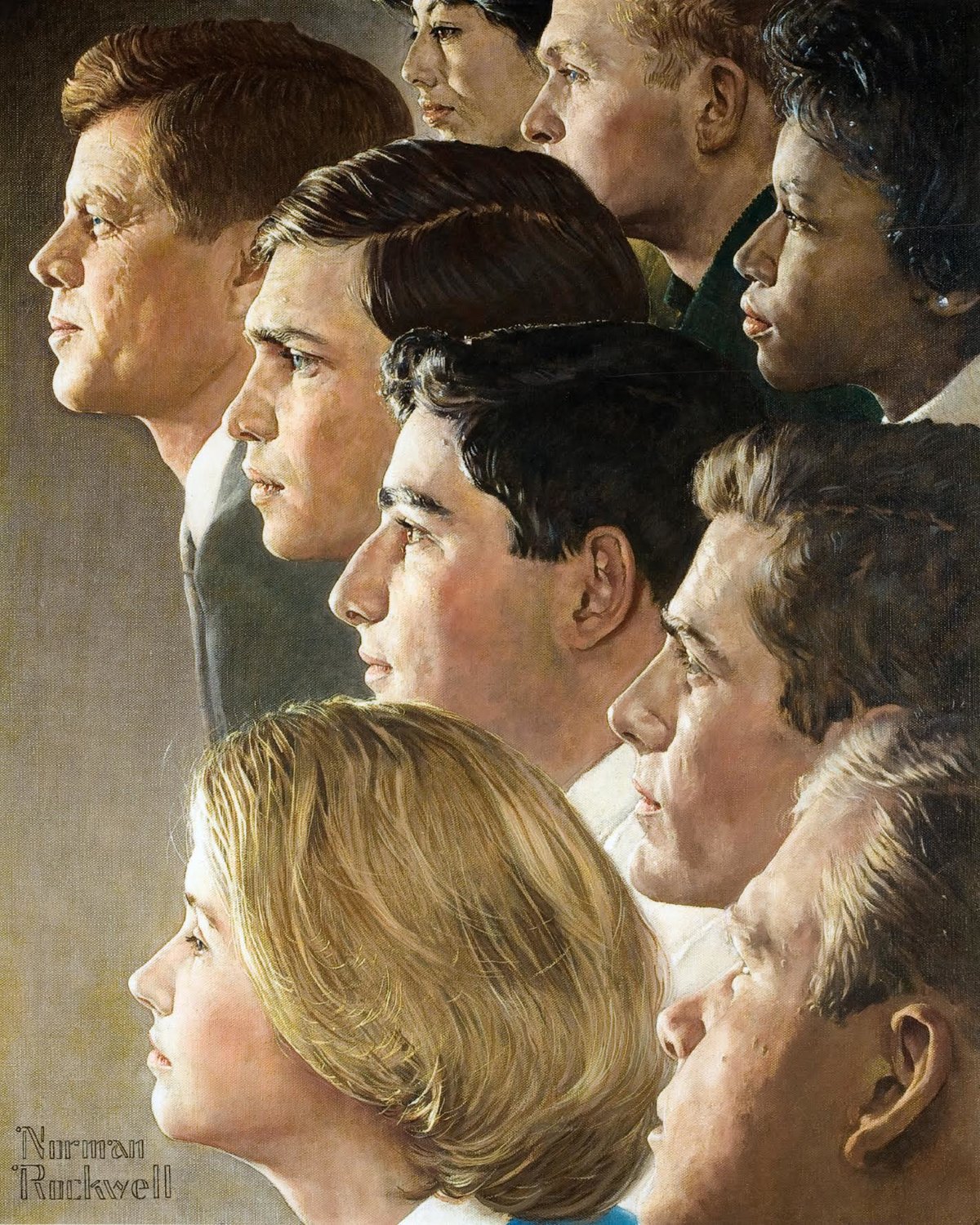 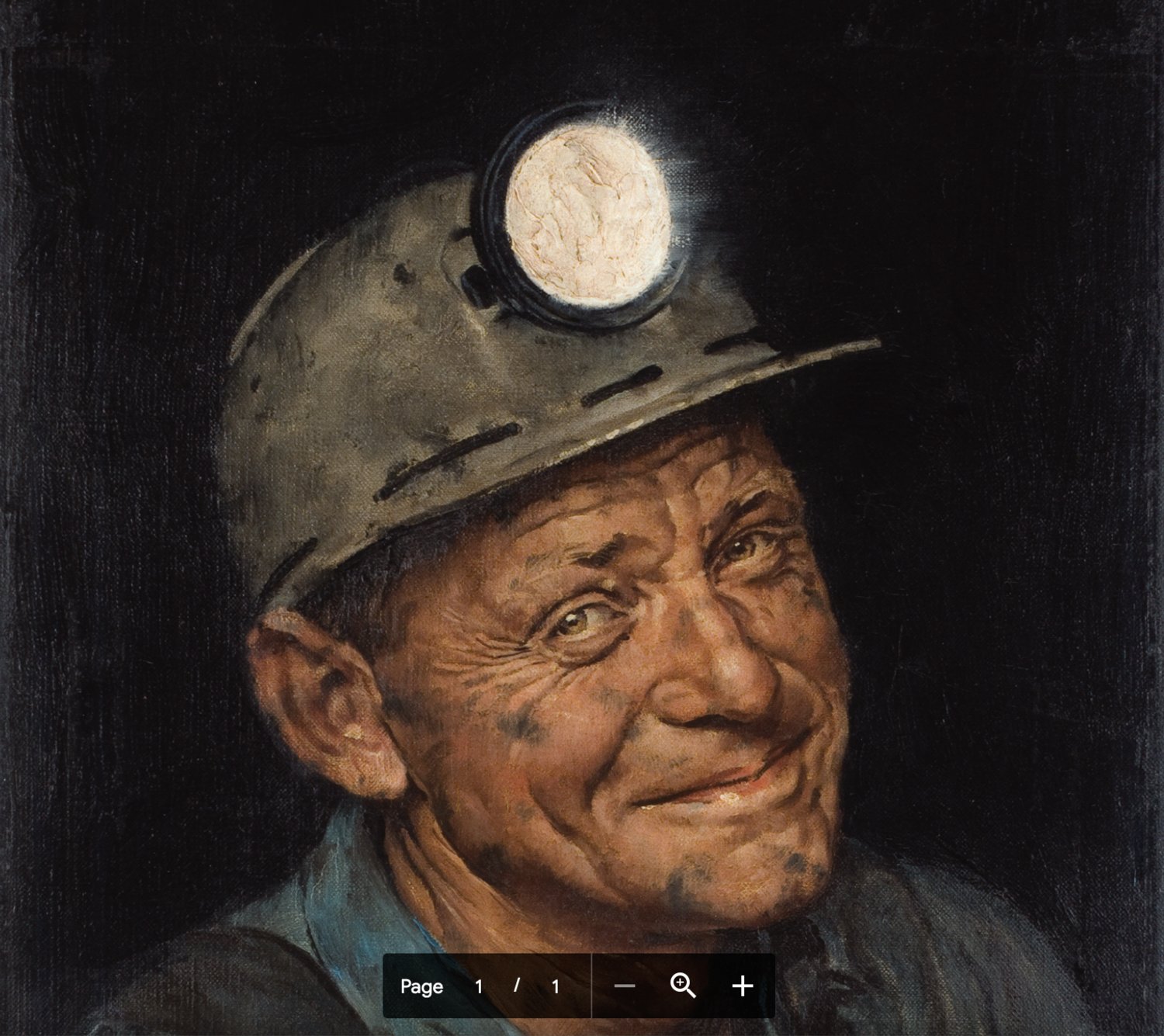 UTICA — “Without thinking too much about it in specific terms, I was showing the America I knew and observed to others who might not have noticed.” — Norman Rockwell

From 320 of his illustrated covers of The Saturday Evening Post to rare, unpublished sketches of Tibetan refugees encountered during his travels later in life, the works of renown illustrator and painter Norman Rockwell, meant to captivate the American story, are now on display at Munson-Williams-Proctor Arts Institute, 310 Genesee St.

One of the most beloved artists of the 20th century, the Norman Rockwell Exhibition will be on display in the MWPAI gallery through Sept. 18.

The exhibit will even feature some interactive components, including a model of a soda fountain where guests can have photos taken with a replica of Rockwell’s “The Runway” painting of a small boy and police officer sitting together at the diner counter, which was painted in 1958, in the backdrop. That gallery room will also feature a “pop-up shop,” where visitors may purchase Norman Rockwell themed merchandise.

Over the course of his six-decade career, Rockwell illustrated the everyday moments in America, featuring diverse races, nationalities, economic backgrounds and creeds. Through two world wars, the Great Depression, the wars in Korea and Vietnam and the Civil Rights struggles, Rockwell promoted an optimistic world in the face of hardship and struggle.

With more than 50 original artworks, including full-scale oil paintings, photographs, drawings and archival magazines and tear-sheets, the “Norman Rockwell” exhibit is meant to unlock the mystery of how the artist’s most significant commissions developed from start to finish, explained MWPAI Chief Curator Stephen Harrison. The exhibition includes all 323 Saturday Evening Post covers that Rockwell illustrated from 1916 to 1963, divided into two separate gallery rooms.

Harrison said when he came to the Utica museum about 1 1/2 years ago, he was surprised to learn there had never been a Rockwell show at MWPAI, and here the Norman Rockwell Museum in Stockbridge, Mass. is only just more than 2 hours away.

The exhibition showcases “the depth and breath of Rockwell’s career,” Harrison described. “From his early days with the Boy Scouts and his years at The Saturday Evening Post, to the last chapter of his life.”

He said, “With the strife that’s going on in the world and with the war in Ukraine right now, this was a good time to host this exhibit. They are not unlike the times lived then” in Rockwell’s illustrations and paintings, “and you appreciate what he stands for and how his art gives optimism and hope to the world.”

Rockwell’s artworks were known to capture the American spirit, even from some of his earlier works when he was commissioned by the Boy Scouts of America. Rockwell was first hired to create pen and ink drawings for the Boy Scout’s Hike Book and was then appointed as art editor of Boys’ Life magazine at the young age of 19.

MWPAI is featuring some of Rockwell’s Boy Scout themed works, including “A Scout is Helpful” painted in 1941, with a Boy Scout carrying a small child and cat to safety from their flooded home during the Great New England Hurricane of 1938.

“He had a lifelong commitment to them,” said Harrison of Rockwell’s relationship with the Boy Scouts. “He was known to combine emotion with storytelling” in his pieces.

By the time he was 22 in 1916, Rockwell resigned from the Boy Scouts and began his tenure with The Saturday Evening Post, and MWPAI is showcasing all 323 Rockwell covers.

But by the 1960s, Harrison said the artist grew more and more unsettled about the strict restrictions placed upon him under his contract with The Post. His work, “Marriage Counselor,” featuring a gentleman with a black eye and his wife with a smirk on her face waiting outside the therapist’s office, was rejected by the magazine in 1963, and even by The Ladies Home Journal.

“He was no longer OK with having to portray Black people in the servant role,” Harrison said, adding that Rockwell’s messages in his works grew more progressive with age.

Harrison also explained that Rockwell often times used models for his works, which are noted through the exhibition — from neighborhood kids to his own children. One of those paintings includes “The Problem We All Live With,” the painting of Ruby Bridges, the 6-year-old who defied a mob to desegregate her school. The “Ruby” in the painting is actually a composite of three different girls who modeled for the painter, Harrison explained. It would become an iconic image of the Civil Rights Movement.

Rockwell was also struck by Franklin D. Roosevelt’s address to Congress in which the president declared war against Japan on Dec. 8, 1941, following the bombing of Pearl Harbor, which sparked America’s involvement in World War II. He was inspired to create his four Freedoms posters, which encouraged citizens to buy war bonds to help fund the war efforts. All four are on display in the exhibition.

Harrison said Rockwell was also known to create illustrations like, “Mine America’s Coal,” for the United States Employment Service to encourage Americans to keep working for resources needed during the war, and to find work after the Great Depression.

Whether Rockwell is depicting America’s struggles through war, depression, segregation or racial and sexual discrimination, Harrison said Rockwell battles stereotypes through the multiple layers and stories told through his works.

As part of the exhibition, MWPAI will also host Rockwell’s granddaughter, jazz singer/songwriter/writer Abigail Rockwell, at 6 p.m. Thursday, June 30. Cost is $30 for museum members and $35 for non-members.

Rockwell will provide personal insights into the life and art of Norman Rockwell, drawing from her family history. As the editor of the re-released Norman Rockwell autobiography, “My Adventures as an Illustrator: The Definitive Edition,” Rockwell will showcase new illustrations, drawings and information during a discussion with Mary E. Murray, curator of Modern and Contemporary Art at Munson-Williams. A question-and-answer period will be included.

A light reception, cash bar, and book-signing will follow the program, with an opportunity to view the Norman Rockwell Exhibition. Books will be available to purchase at the Museum Shop. For more information, contact MWPAI at 315-797-0055 or go to www.mwpai.org.