Julie Garrett is a supervising examiner for the Monroe County Department of Human Services and manages a staff of twelve people who determine initial and ongoing eligibility for SNAP and Medicaid. 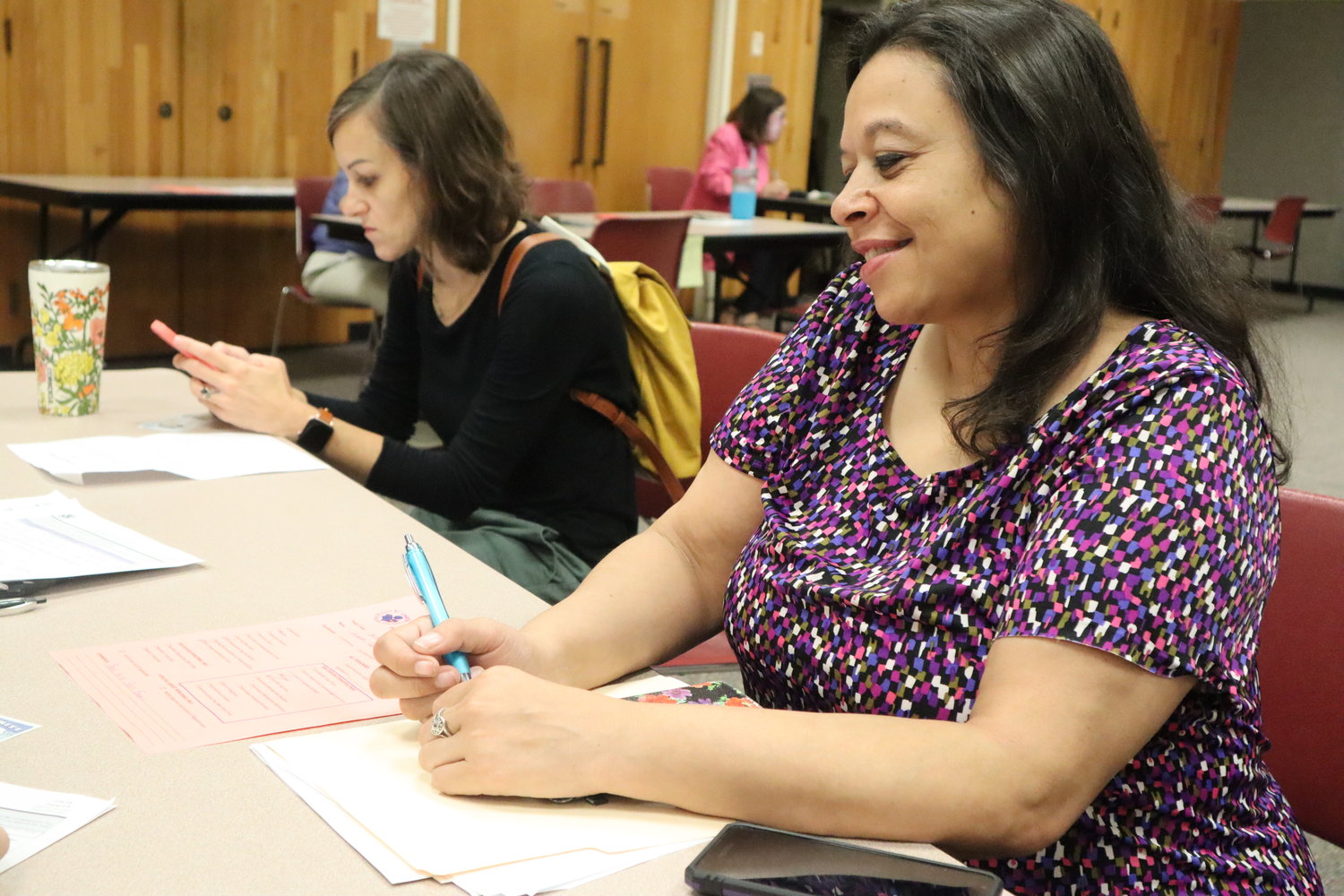 Julie Garrett is a supervising examiner for the Monroe County Department of Human Services and manages a staff of twelve people who determine initial and ongoing eligibility for SNAP and Medicaid. The small team she leads is short by two examiners, but considers her unit fortunate compared to others.

“There are two teams on my floor that are down by seven people ― almost half of their staff.”

Because of those vacancies, Garrett and her group have to spend more time helping with extra work. “Caseloads are ridiculously high right now. More people are coming in to apply for benefits.”

Are there still child-care issues? Early retirements? Long COVID? Was the pandemic the catalyst for a perfect storm that strengthened the labor market for workers and weakened it for employers that have not yet made adjustments to meet the demands of a changed workforce? Or has the ease of remote work simply tipped the scales, allowing people to work wherever they want ― from anywhere?

Monroe County Executive Adam Bello said, “Increasingly, job seekers are interested in ... remote or hybrid work options. Unfortunately, some but not all of our open positions can allow for that flexibility. Many Monroe County employees are on the frontline of services — CPS, caseworkers, parks, DES, Sheriff’s deputies, DMV — these are vital services that call for direct public engagement.”

Garrett thinks that over a decade of low wages in the past contributed to retirements and a high turnover. Acknowledging the need for base rate increases, this year, Monroe County instituted a series of aggressive pay raises and incentives for their workers including:

Given the bonuses and wage increases that the county has signed off on, there is still a struggle to find workers, said Bello: “Our efforts have helped garner more interest from job seekers, and have led to positions being filled, but we are still working to find workers in today’s competitive job market.”

He said, not only is the county competing locally, but with other cities around the country, since people can work remotely from just about anywhere.

Nonprofit organizations have a more limited operating budget than local governments. Villa of Hope, a Rochester based employer is still feeling the pinch.

April Hill, director of Human Resources for “the Villa” started her job in Dec. 2020, at the beginning of the pandemic. She made a switch to the nonprofit from another HR related job after a long tenure. Hill was attracted to the organization because of the leadership there. “I respected and admired the people that I would be working with and saw opportunity for a lot of growth under senior leadership’s tutelage.” Hill saw herself in them, and like her, they are women.

Hill said that workers need to feel supported and that diversity in the workplace is key. “When they don’t have colleagues to identify with, who have similar experiences to them it can feel very lonely.” She stresses the need to show up authentically at work.

Known primarily for their residential facilities for distressed youth, Villa of Hope has closed some of its cottages in recent months and is now down to one. They have pivoted their mission to focusing on mental health and education, noting a spike in substance abuse since the onset of the pandemic — particularly with young people.

The nonprofit is challenged with finding teachers, social workers and behavioral health therapists — largely in-person jobs. Hill says that they cannot offer the generous signing bonuses some of the larger employers in the area have. So they focus on the “why” and work to understand why people are trying to make a change in their careers.

The Rochester City School District recently acknowledged an all-out hiring crisis at the beginning of the summer. There were hundreds of teacher and support staff vacancies reported just weeks ago, according to the Democrat and Chronicle. With 352 classroom teacher openings in July, now just days before the start of the school year, and as of Aug. 25, they aimed to hire 85 more to reach their goal of zero.

Chris Miller, chief of human capital for the Rochester City School District, says that things have thankfully turned around but there is still work to do. “We have been able to realize some successes in part because we shifted our approach to recruitment. Working to change mindsets because the labor market is different now.”

In fact they have added positions; 25 new school sentry jobs were created, with just 10 openings left from 61 vacancies just weeks ago. If you would like to become a paraprofessional at the city school district, there might be a little wait. They are fully staffed in that department at the moment.

Miller attributes these strides to an emphasis on the way he and his team approached the challenge. The human capital department brought in extra recruiters and even some retired principals to help. He says that there are a lot of options out there for candidates, and this summer he and his team met people where they were like the Mercantile on Main and the Public Market — places central to neighborhoods and bus routes.

Working for a school district also has its perks. Employees who are parents tend to have time off at the same time as their children. Miller called that another draw and said, he and his staff take time to explain the job, pay and personal leave benefits and hire many people on-the-spot after an interview. “We have a desirable work calendar that is convenient for caregivers. We have had success because we are changing how we do things.”

Dr. Sandra Vazquez is a Licensed Mental Health therapist who specializes in trauma. She is also the director of recruiting, hiring and diversity practices for Gates Chili Central School District. Through the lens of her private practice Vazquez is seeing a lot of social phobia and people not wanting to risk their health because of loss around them.

She believes that anxiety is impacting whether people even come back to work or not and said there are a number of employees out there considering early retirements. “Students are graduating from college that have not had the opportunity to interact in person for a long time. There are many factors to consider.”