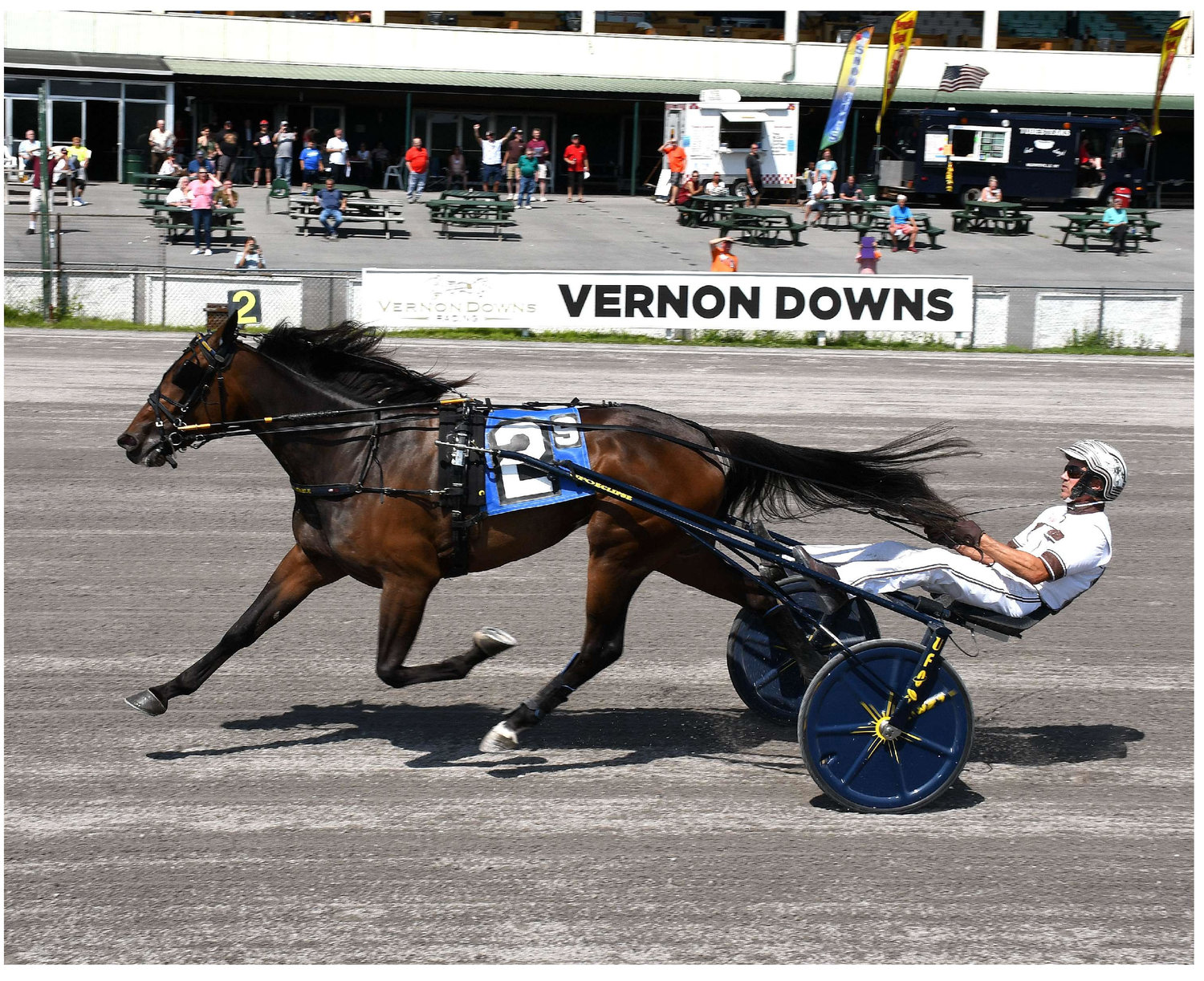 Joviality S will be one of the top competitors in Empire Breeders Classic for 3-year-old trotters at Vernon Downs Friday afternoon.
(Photo by Fotowon)
Posted Thursday, June 16, 2022 9:00 am

Seven daughters of the state’s leading sire of trotters, Chapter Seven, will face the starting gate in race 5 for a purse of $187,500.

Joviality S has victories in the New York Sires Stakes (NYSS) final, Breeders Crown final and Goldsmith Maid last year at two resulting in earnings just shy of $900,000. She has come back at age 3, with a pair of NYSS wins including a career best of 1:51.2 in her last on May 30. Brian Sears returns to the scene of his early lessons to drive Joviality S from post position five for trainer Marcus Melander.

The competition is led by Crawford Farms’ Valentina Blu, who has earned over $300,000 in her young career for trainer Tony Alagna. Andy McCarthy plots her course from post seven.

Branded By Lindy (Yannick Gingras) sits atop the “Road to the Hambletonian” poll and has had one over the course with a 1:54.1 win last week in his first start of the season. He is the fastest of the field with a record of 1:52 taken at The Red Mile last fall for trainer Domenico Cecere. Lindy Farms bred and owns the Chapter Seven colt.

NYSS 3-year-old filly pacers are on the undercard. Racing gets underway with the matinee post time of 12:15.