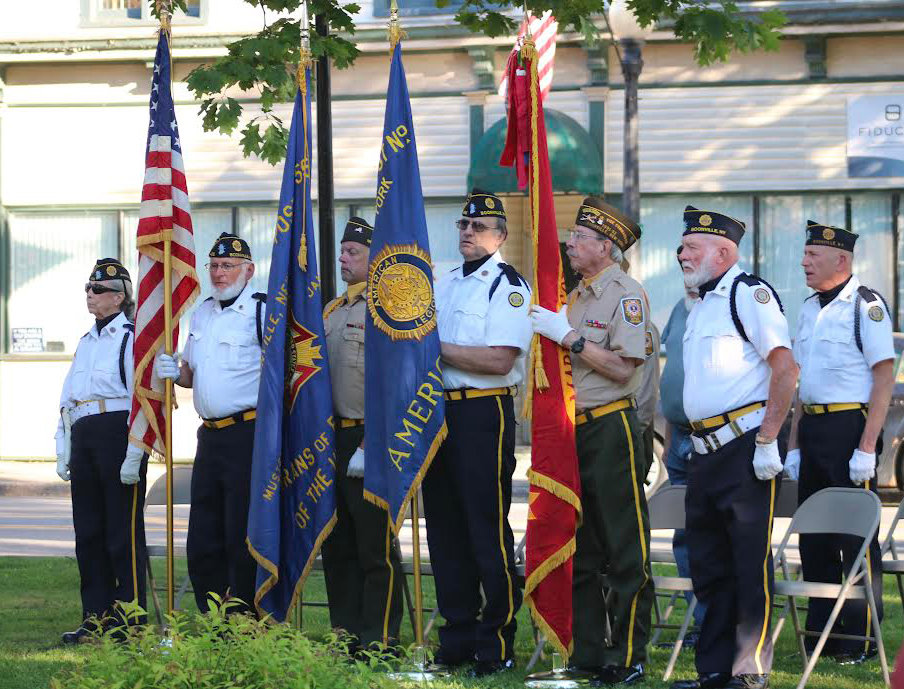 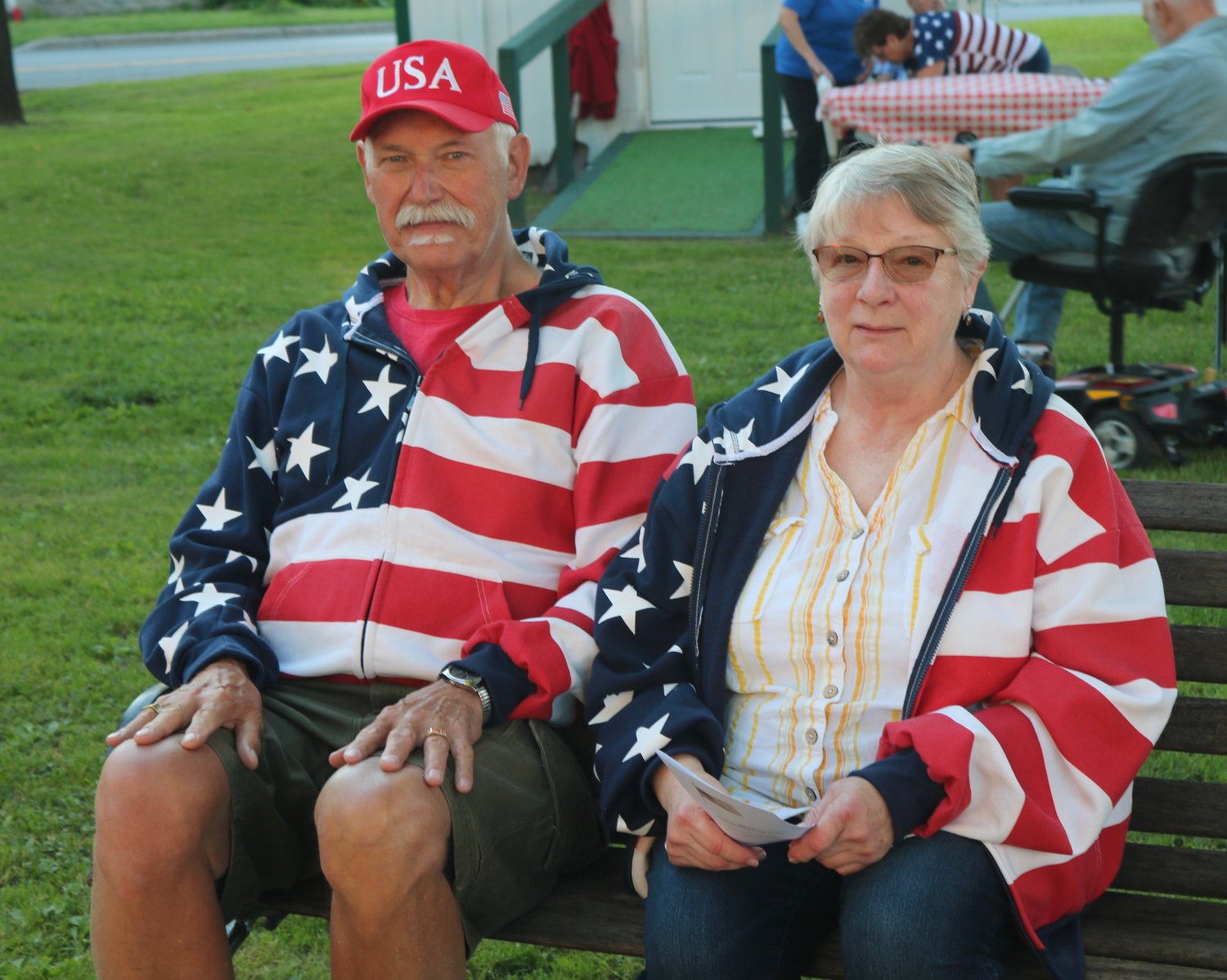 John and Sue Hennessey of Boonville were dressed in patriotic attire for the Elks’ Flag Day ceremony. John is a nephew of Harland J. Hennessey. Harland, who died on Nov. 1, 1942 at age 24. was the first serviceman from our area to die for our country in World War II. The Harland J. Hennessey VFW Post, named in his honor, was organized on Jan. 1, 1946.
(Photo by Gail Hempel) 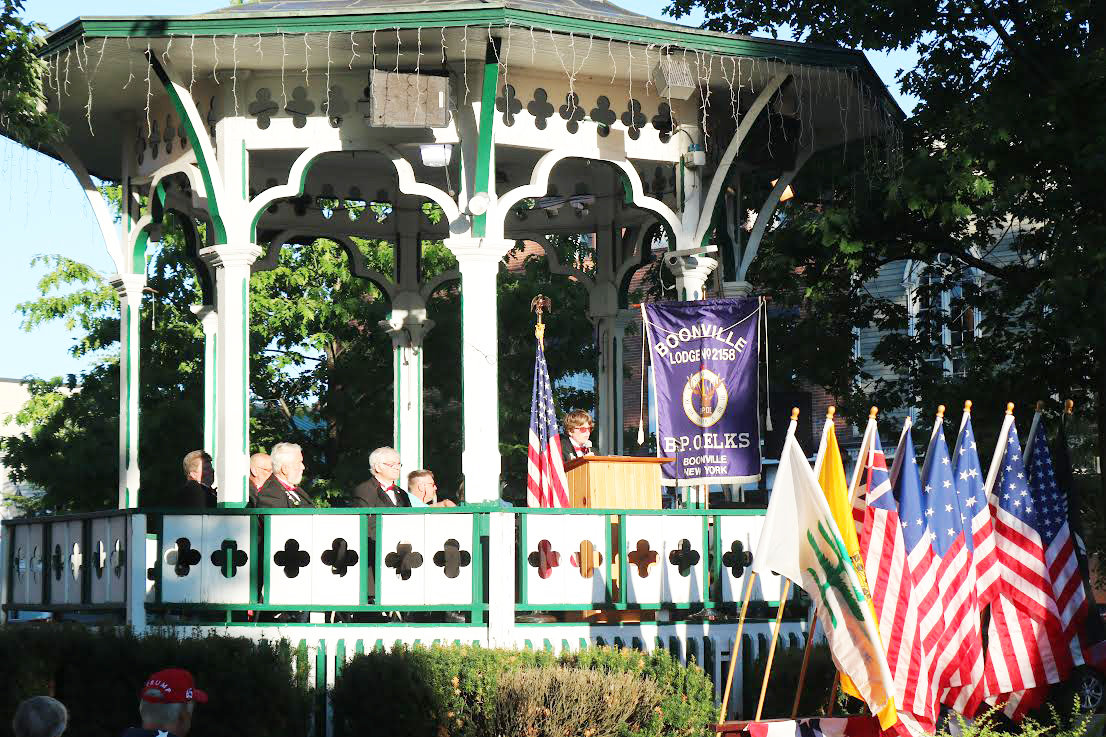 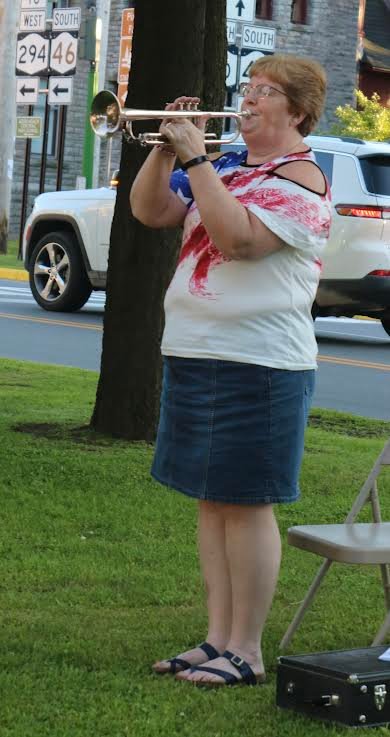 The evening began with members of the Charles J. Love American Legion, Harland J. Hennessey VFW and Tun Tavern Marine Corps League Posting of the Colors, followed by the singing of the National Anthem by Kenzie Karpinski, co-valedictorian of the Adirondack Central School class of 2022.

Presenting the Introductory Ritualistic Exercises were Boonville Elks Exalted Ruler John Doiron and other officers of the Lodge. Wendy Schultz, Lodge chaplain, led all in prayer, and then the history of the United States flag was given by Past Exalted Ruler Cathy Duncan and participating organizations.

Patriotic music was provided by brass quintet members Gretchen Schlict on trumpet, Kenzie Karpinski on trumpet, Heather Nunneker on French horn, Ryan O’Neil on trombone, and Joe Sins on tuba. Duncan also gave the Response and Patriotic Address, and led all in the Pledge of Allegiance. Following the conclusion remarks by Doiron, Sue LeClar played “Taps.”

After the ceremony, all participants and attendees were treated to pulled pork sandwiches, apple crisp and ice cream.

The Elks extended a special thanks to participants, volunteers, attendees, and all who supported their annual Flag Day ceremony. They also thanked the village board for allowing them use of the gazebo in the Little Village Park, the Elks’ house committee for the refreshments, and Mercer’s Dairy for the ice cream.