‘Elf the Musical’ reborn from screen to Stanley stage

The Broadway Theatre League of Utica will present “Elf the Musical” at 7 p.m. Wednesday and Thursday, Nov. 16-17 at The Stanley Theatre, 259 Genesee St.

‘Elf the Musical’ reborn from screen to Stanley stage 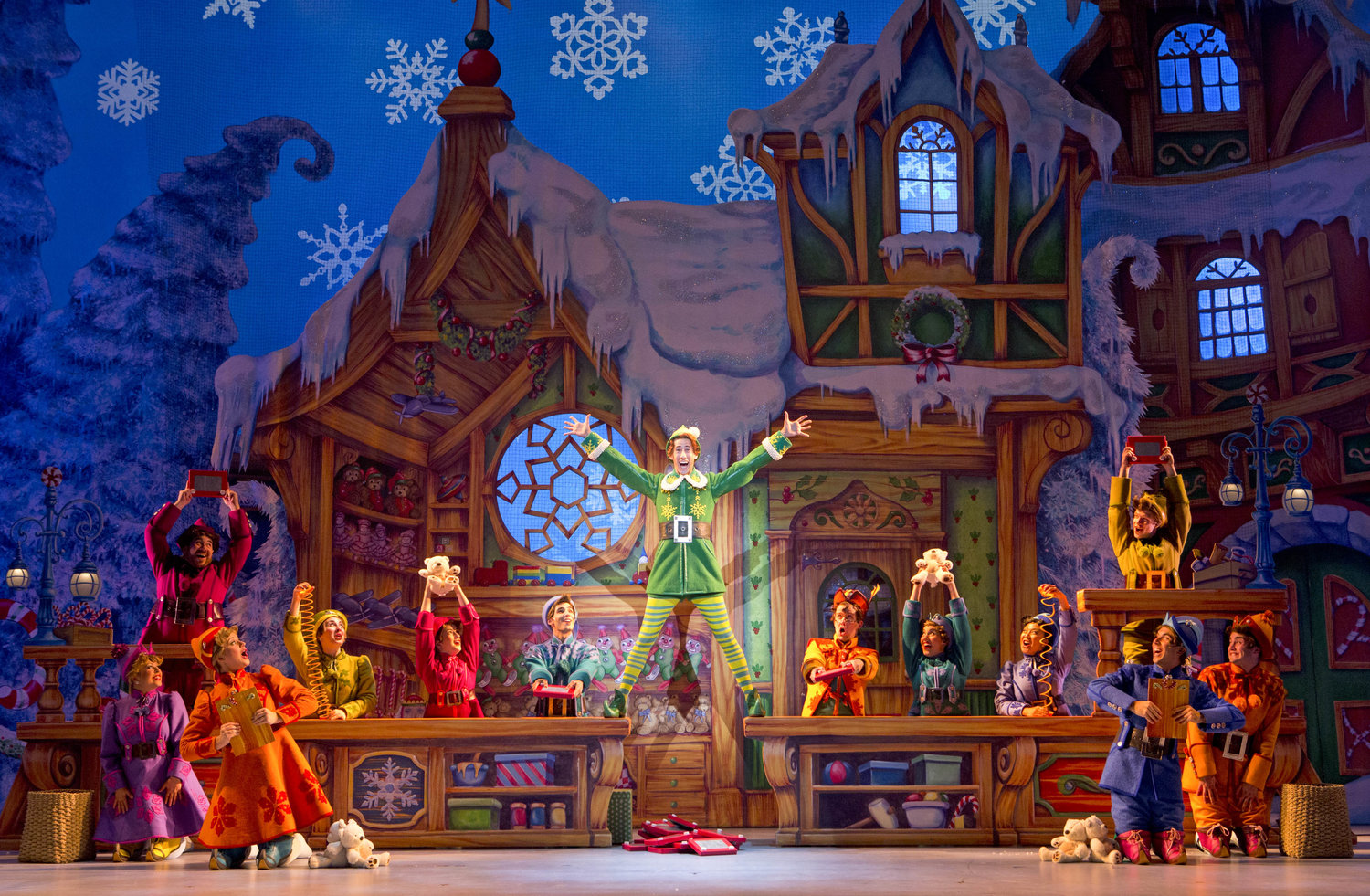 The Broadway Theatre League presents ‘Elf the Musical’ at 7 p.m. Nov. 16-17 at The Stanley Theatre in Utica.
(Photo submitted) 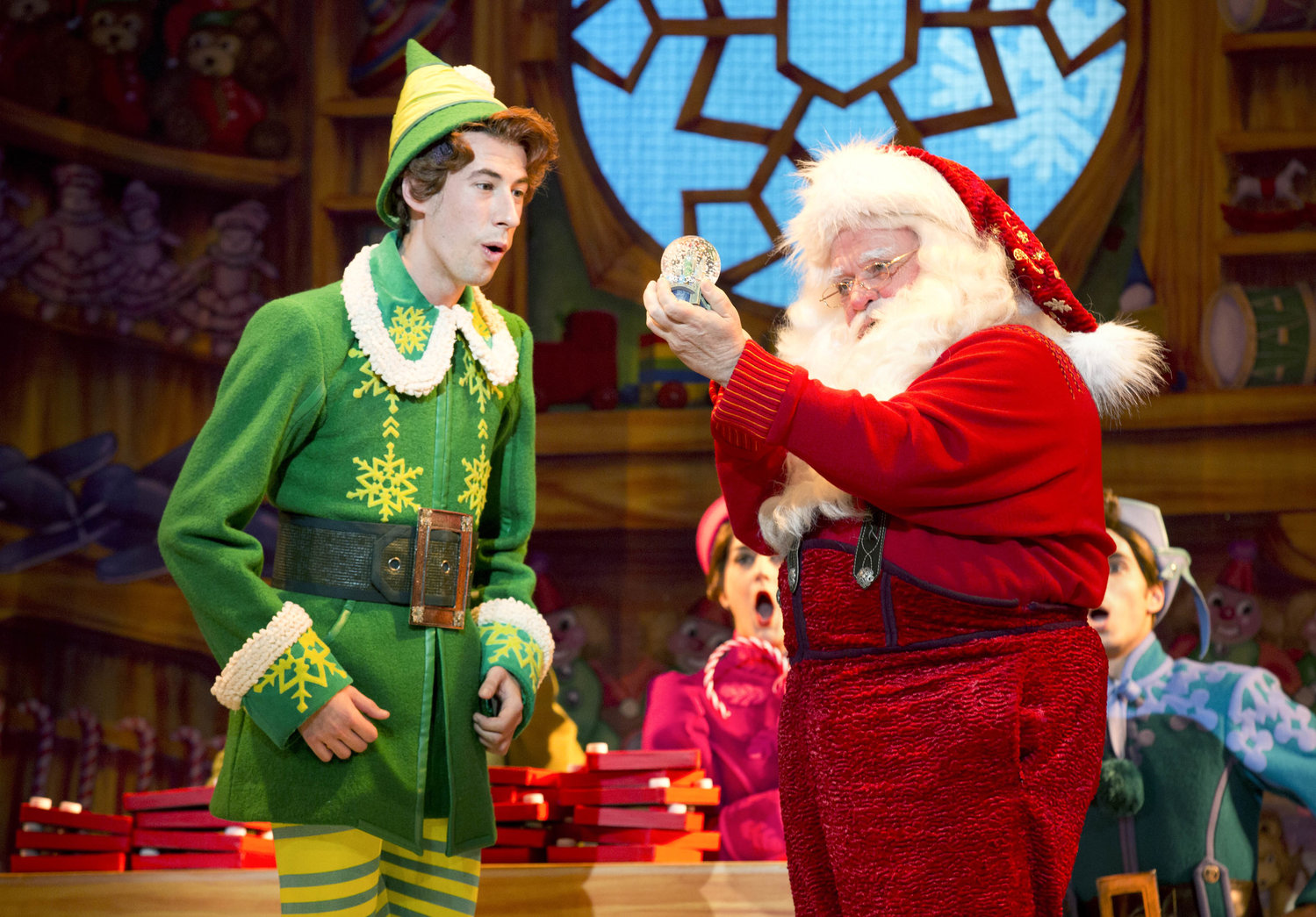 Buddy the Elf confers with Santa in this scene from ‘Elf the Musical,’ presented at 7 p.m. Nov. 16-17 at The Stanley Theatre in Utica by The Broadway Theatre League.
(Photo submitted)
Previous Next
Posted Sunday, November 13, 2022 6:30 am
More

For information, call the Broadway Theatre League of Utica at 315-624-9444 or via its website at www.broadwayutica.org.

For more information about “Elf the Musical,” visit www.broadwayutica.org/shows/elf and www.elfthemusicaltour.com.

UTICA — The Broadway Theatre League of Utica will present “Elf the Musical” at 7 p.m. Wednesday and Thursday, Nov. 16-17 at The Stanley Theatre, 259 Genesee St.

Currently on its fifth year of touring the country, the musical has successfully grown from screen to stage, reinventing itself anew for live audiences. The show premiered on Broadway in 2010 and became an instant hit.

But for the musical to work on the stage, the creative team knew it was crucial to include the movie’s familiar locations, but with some shiny new elements and fresh humor. They created big, flashy Broadway song and dance numbers that take place inside Santa’s workshop and outdoors in Central Park. There’s clever skating choreography in Rockefeller Plaza, and, of course, the Empire State Building looms large.

The musical’s smart and funny opening number, “Happy All the Time,” strikes a perfect chord from the start with the indefatigable elves singing and dancing and making toys. Santa laments that he loves his elves and loves Christmas, but it’s sometimes a little exhausting because they’re just so darn happy all the time.

The writers made the show accessible to young people, but with enough sophisticated storytelling to engage the parents, too.

In conceiving their stage Buddy, the creators had some big curly-toed elf shoes to fill. Director Sam Scalamoni realized that movie star Will Ferrell’s appeal was in his portrayal of Buddy as uncharacteristically genuine, sweet and honest. So the challenge in casting their stage Buddy is not to imitate Ferrell but to find an actor who can convey that heart and sincerity.

And because it’s live theater, he also has to be that rare a triple threat – someone who can act, dance and sing – with impeccable comic charisma and an athlete’s stamina to keep up the energy for 90 minutes on stage. Stage Buddy gets to make the role his own.

The Broadway Theatre League of Utica has teamed up with Stuff the Bus in conjunction with “Elf The Musical.”

Stuff the Bus is an annual toy drive designed to help Mohawk Valley families enjoy the holidays, despite financial hardships. Organized by Roser Communications for the past 15 years, Stuff the Bus invites community members to donate unwrapped toys and games to help fill the bus to capacity.

Hoping to help Stuff the Bus surpass its goal, Broadway Utica is seeking to tap into everyone’s inner elf.

Drop-off locations will be in front of the Stanley Theatre from 5:30 to 7 p.m. for both performances, officials said, adding that “all Elf ticket holders are encouraged to participate and donate a new unwrapped toy.”

“As Broadway Utica continues its Beyond The Stage initiative this holiday season, we are excited to participate again this year in Stuff The Bus, a local toy drive, organized by Roser
Communications,” said Daniele Padula, executive director for Broadway Utica.

“Broadway Utica’s involvement this year is going to be bigger than ever, as we host this amazing effort to collect toys for families of the Mohawk Valley for two days,” she added.

Beginning Monday, Nov. 7, Broadway Utica and Elf began donating a ticket to a charitable family supported by Stuff The Bus Toy Drive, for every ticket purchased for Elf.

Theater-goers can help share in this experience by using the code FAMILY at check-out.

While giving the gift of theater to a family in need might be the ultimate reward, Broadway Utica continues to show its appreciation by providing 25% off of the purchase.

“Broadway Theatre League of Utica hopes this modern Christmas classic will bring joy and smiles to hundreds of children while warming the hearts of generous patrons who donate toys and games for those in need,” the announcement added.