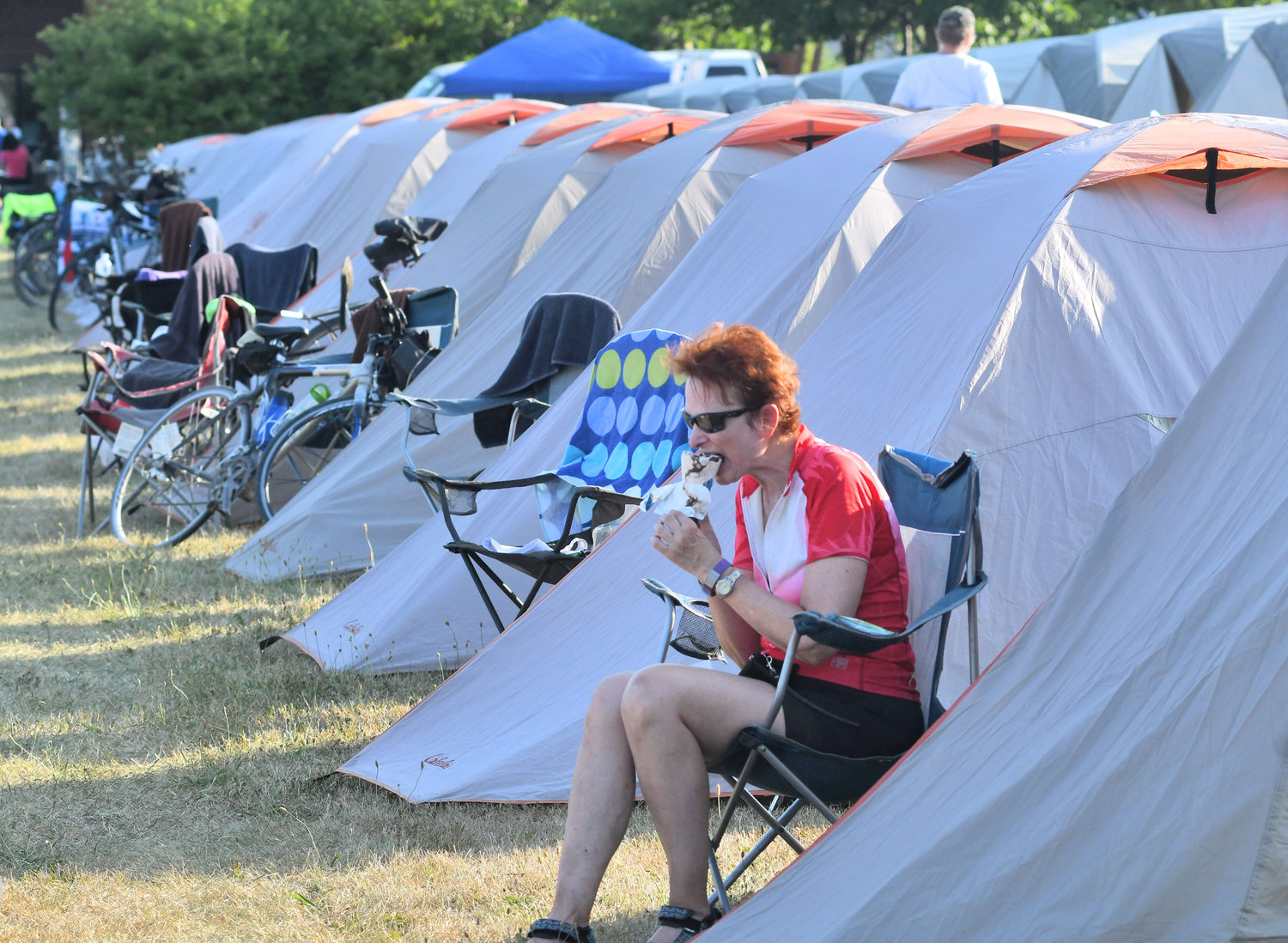 ROLLING THROUGH — A cyclist enjoys an ice cream treat after arriving in Rome for an overnight camp out at Fort Stanwix National Monument in this 2018 file photo. Event organizers and local officials, including the Rome Area Chamber of Commerce, are working toward a return of the popular event to the community.
(Sentinel file photo by John Clifford)
Posted Wednesday, January 12, 2022 7:30 am

Every summer, cyclists leave their cars behind in Buffalo to pedal along the historic Erie Canalway Trail to Albany for Parks & Trails New York’s annual Cycle the Erie Canal bike tour.

The 400-mile journey along the legendary Erie Canal ends in Albany eight days later. Along the way, cyclists enjoy some of the finest scenery, most interesting history and unparalleled cycling in the United States, said Parks & Trails NY.

Covering between 40 and 60 miles per day, cyclists travel along the Erie Canalway Trail, which is now more than 85 percent complete and the east-west axis of the statewide 750-mile Empire State Trail.

Rome Area Chamber of Commerce President William K. Guglielmo said cyclists are scheduled to camp out on the grounds of Fort Stanwix National Monument from July 14-15. Parks & Trails New York has confirmed its intention of 700-plus riders returning to Rome, he said. In 2021, due to COVID restrictions, bikers stayed overnight at Verona Beach State Park instead of Fort Stanwix, where cyclists on the tour had stayed for about 20 years prior.

An organizational meeting to coordinate efforts to host the cyclists on the fort grounds will be held Feb. 8, with another meeting to follow in June.

“The chamber is in close contact with the fort, City of Rome, Oneida County Tourism, YMCA and Rome Historical Society who help to make the Rome visit possible,” Guglielmo said.

Among the items included for cyclists on the tour include:

• Recognition as a Cycle the Erie Canal End-to-Ender.

To sign up to receive more information or to register for the ride, go to the Parks & Trails NY website at www.ptny.org.