As e-cigarettes continue to be wildly popular, particularly with teenagers, groups in Central New York are working to curb usage among children and teens. 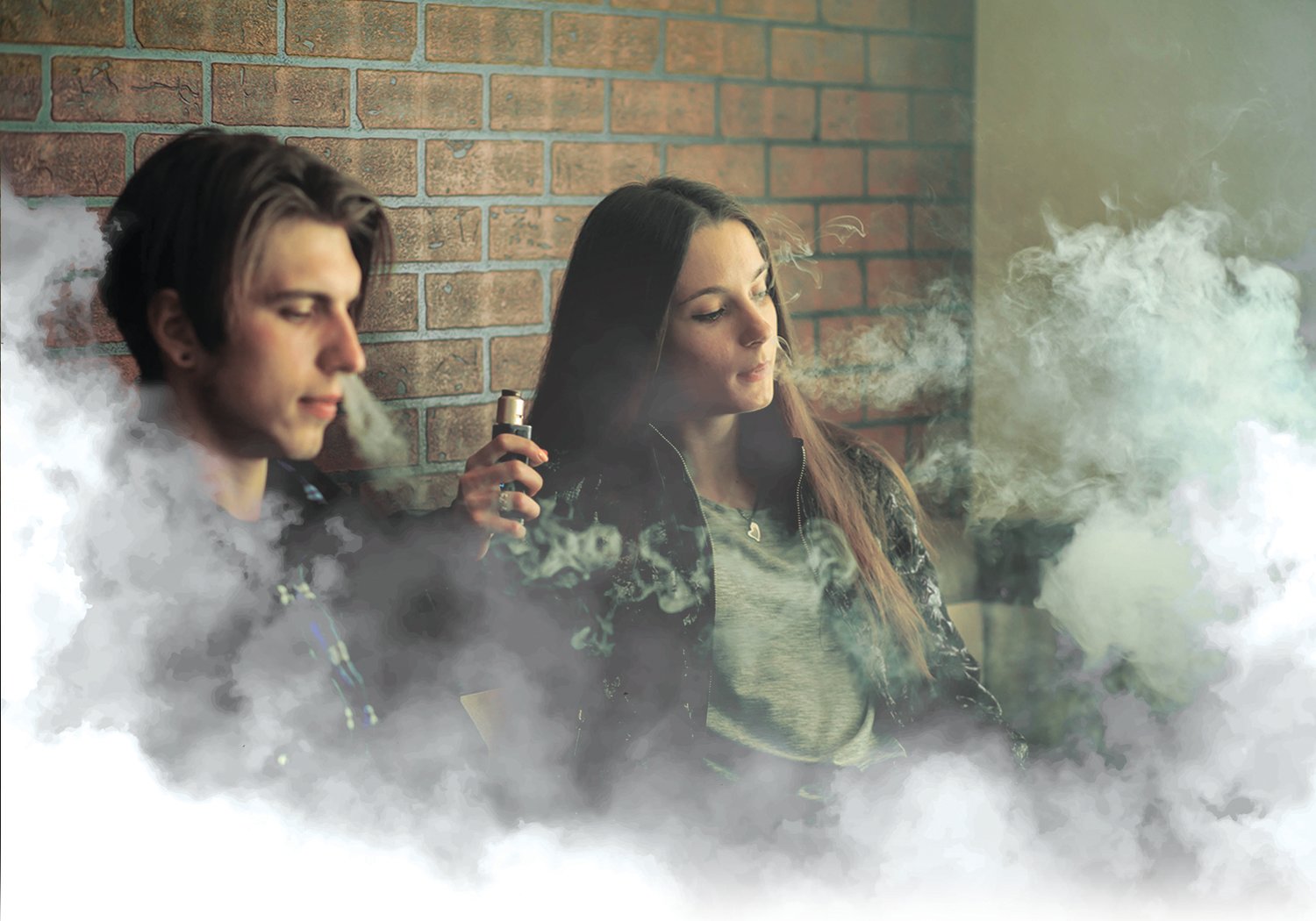 The CDC found that in 2022, 2.55 million high school and middle school students reported they currently use an e-cigarette. About 85% reported that they use flavored e-cigarettes, and over 50% reported using a disposable e-cigarette.
(Sentinel graphic)
Posted Tuesday, October 18, 2022 10:50 am
Alexis Manore
Staff writer
email / twitter

UTICA — As e-cigarettes continue to be wildly popular, particularly with teenagers, groups in Central New York are working to curb usage among children and teens and to provide education on the harm that the tobacco industry causes.

The CDC found that in 2022, 2.55 million high school and middle school students reported they currently use an e-cigarette. About 85% reported that they use flavored e-cigarettes, and over 50% reported using a disposable e-cigarette.

“This study shows that our nation’s youth continue to be enticed and hooked by an expanding variety of e-cigarette brands delivering flavored nicotine,” said Deirdre Lawrence Kittner, Ph.D., M.P.H., director of the CDC’s Office on Smoking and Health in a statement. “Our work is far from over. It’s critical that we work together to prevent youth from starting to use any tobacco product — including e-cigarettes — and help all youth who do use them, to quit.”

In July, the FDA banned the selling and distribution of the Juul e-cigarette, and its products, and ordered the removal of any products that were on the market.

Juuls were massively popular among young populations, with flavors like creme brulee, mint, and mango. Juul is often credited with sparking the huge surge in youth e-cigarette use and has been accused of marketing to children and teenagers.

With the decline of the Juul, other e-cigarette brands that do offer flavored cartridges have grown in popularity.

Young people who currently use e-cigarettes reported using brands like Puff Bar, Vuse, Hyde and Smok, according to the CDC.

Abby Jenkins, community engagement coordinator for BRiDGES of Madison, Oneida and Herkimer counties, said that tobacco companies are smart, they know they have to change their products and marketing tactics in order to stay in business.

“It’s unfortunate, because not only with the flavors, but just with the amount of nicotine that folks are taking in, it’s addicting people at a whole other level than what we might have seen with traditional cigarettes,” Jenkins said.

Jenkins said that secondhand smoke concerns still exist with e-cigarettes, a fact that may not be very well known.

“It’s more education that we need to do, it’s making sure that we’re diversifying our tobacco control efforts to address not just traditional tobacco, but vaping as well,” Jenkins said. “And just continuing to be on top of our game and continually assessing what the tobacco companies are putting out there … and how we can address that and educate our community members.”

BRiDGES has partnered with statewide organizations for the “It’s Not Just” program, which brings to light how menthol is not just a flavor, and how the tobacco industry preys upon marginalized and vulnerable populations.

Previous campaigns have been about how tobacco companies targeted youths and African Americans.

The current campaign is focusing on how big tobacco companies have aggressively marketed its products — especially menthol — toward the LGBTQ+ community.

“You talk about other flavored products, like candy or grape, it’s very clearly meant to enhance the flavors of these products to get people interested in it,” Jenkins said. “But menthol is trickier, because not everyone sees it as a flavor.”

This is shown through New York legislation, where in 2020, former Gov. Andrew Cuomo put forward a ban on all flavored e-cigarettes, but initially excluded menthol e-cigarettes. A week later, he banned menthol vapes as well.

“What we do know from research, is the menthol additive to these products make it easier to start smoking, and harder for them to quit. It cuts down on that harshness of the smoke itself,” Jenkins said.

The increased societal stigma that the LGBTQ+ community faces, along with homophobic and transphobic discrimination, can nudge those who are part of the community toward unhealthy behaviors, like smoking.

As a result, LGBTQ+ individuals report higher smoking rates that heterosexuals. According to the Smoking Cessation Leadership Center, 16.1% of adults who identify as LGBTQ+ smoked cigarettes in 2020, while 12.3% of heterosexual adults smoked in 2020.

Jenkins said that it is important to acknowledge previous shortcomings that have led many in the LGBTQ+ community to have trouble trusting the government and the medical profession, like how both have mishandled previous public health crises.

“It’s all about transparency and making genuine, authentic connections,” Jenkins said. “Being very clear with what our intentions are, reaching out and making it a point to just listen, not just talk at people but really listen about what’s going on in that community. What concerns they have, what roadblocks they have, and helping in a way that hopefully they find beneficial … hopefully in a collaborative way with the community.”