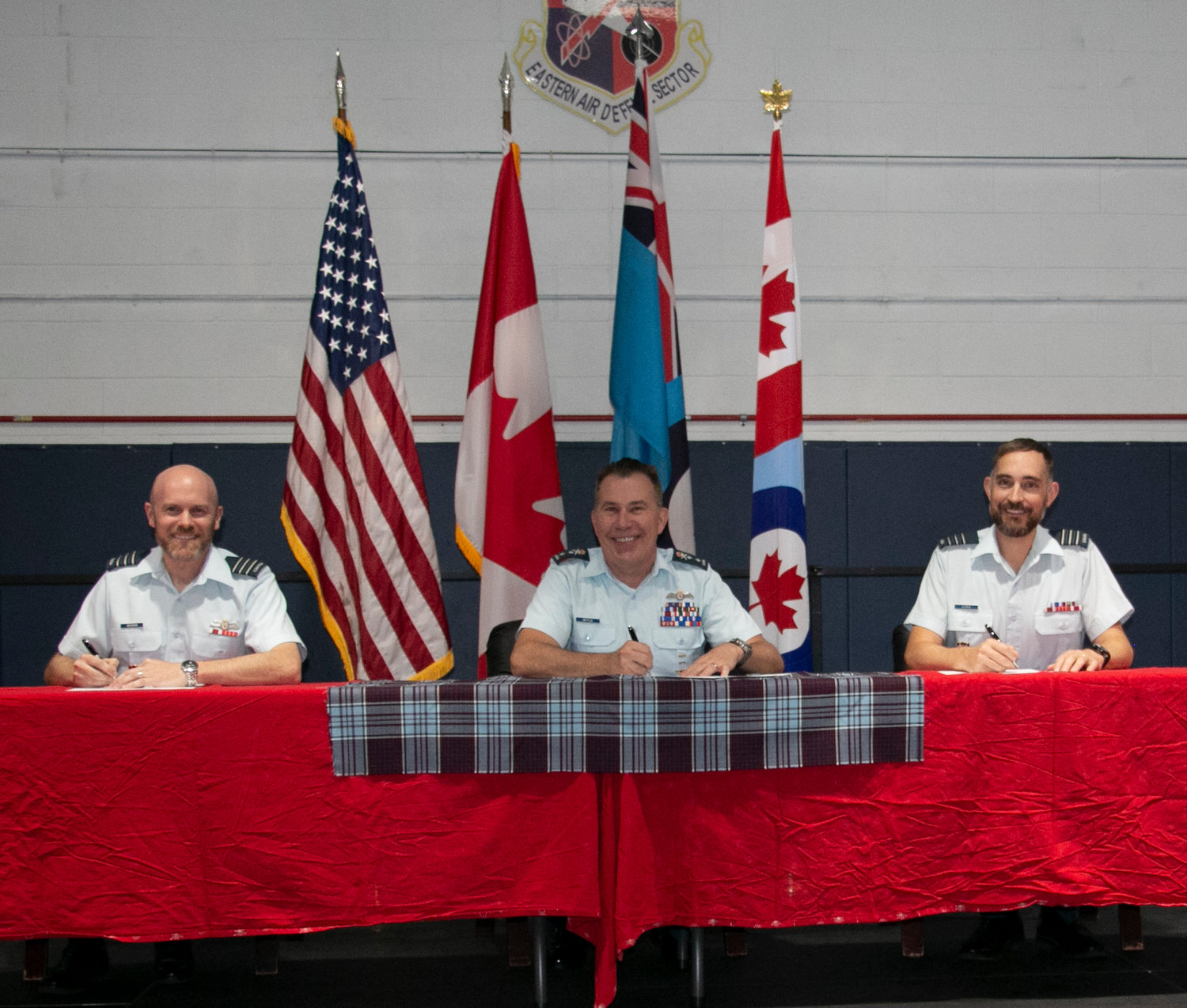 ROME — The Canadian Forces Detachment at the Eastern Air Defense Sector has a new commander.

As the new commander, Wiseman will lead the 15-member Canadian Detachment and serve as part of the EADS staff. Klemen is transferring to Canada’s National Defense Headquarters in Ottawa.

“Canadian Forces personnel are a critical part of EADS daily operations and play an essential role in protecting the North American airspace,” said Col. Paul M. Bishop, EADS Commander. “On behalf of the unit, I want to welcome Lt. Col. Wiseman and his family to EADS. I also want to thank Lt. Col. Klemen for his service and wish him the best in his new assignment.”

A 20-year veteran of the Royal Canadian Air Force, Wiseman is making his second tour at EADS, where he was an air weapons officer and senior director in the early 2000s. Since then, Wiseman has served as a maritime fighter controller with the Canadian Navy’s Pacific Fleet, as an executive assistant with the RCAF’s 22nd Wing and at the 552nd Air Control Wing at Tinker AFB, Oklahoma.

During his time at Tinker, Wiseman was a mission crew commander aboard a U.S. Air Force E-3 Airborne Warning and Control System aircraft, the Deputy Commander of the Tinker AFB Canadian Detachment, and the Director of Operations for 965th Airborne Air Control Squadron. In 2017, he transferred to the Western Air Defense Sector, where he was a mission crew commander and deputy commanding officer of the Canadian Detachment.

Prior to his current assignment, Wiseman was the commander of Canadian Forces Recruiting for Atlantic Canada.

Wiseman has a bachelor’s degree from Memorial University of Newfoundland and a master’s degree from Southeastern Oklahoma State University. He is a graduate of the Canadian Joint Command and Staff Program.

Wiseman is married with two children.

The Eastern Air Defense Sector is located at Griffiss Business and Technology Park in Rome. A headquarters element of the Continental U.S. NORAD Region, EADS is responsible for the air defense of the eastern United States.