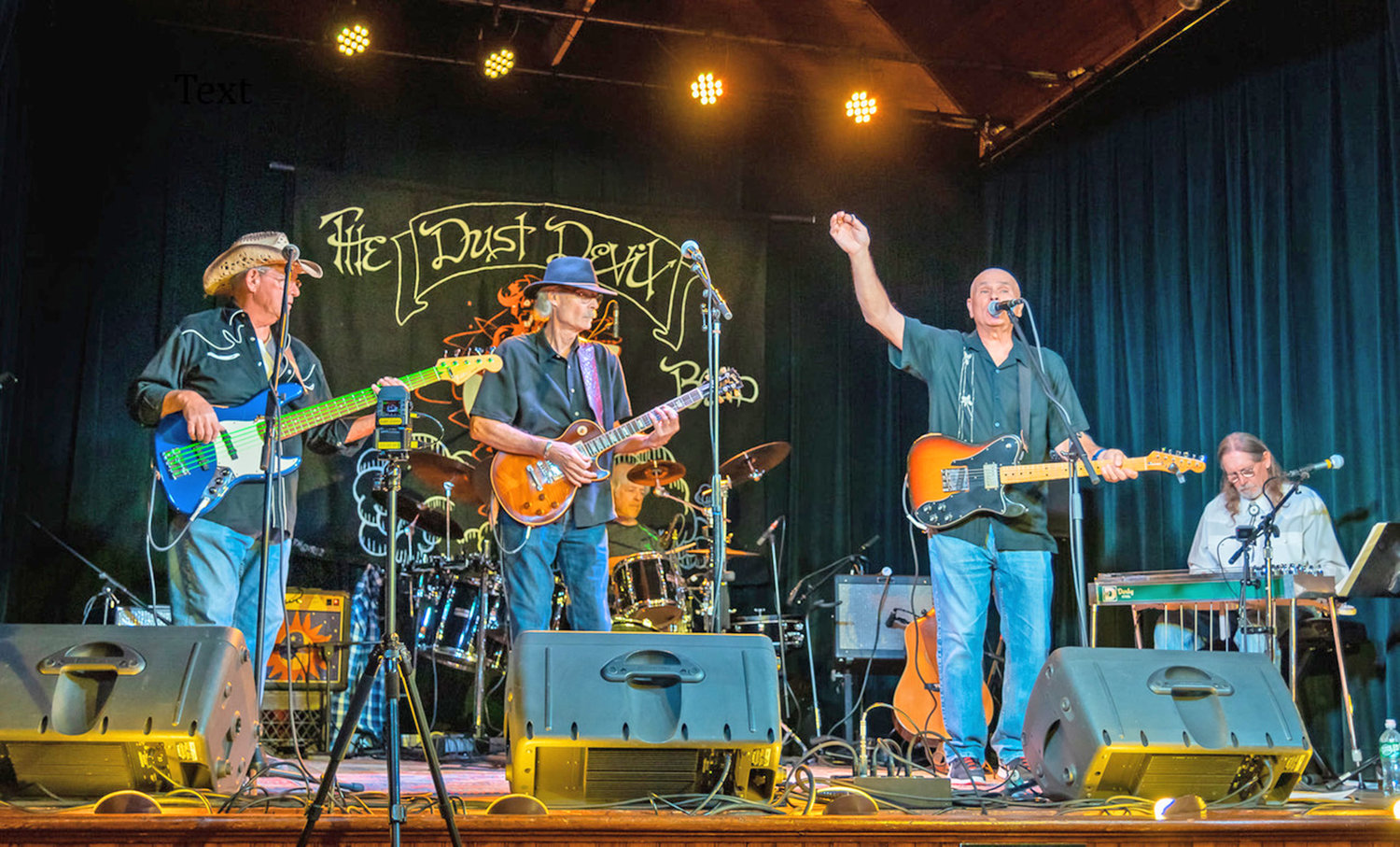 BARNEVELD — The Dust Devil Band, a long-time favorite of local music fans and constant supporter of Unity Hall, is returning for a concert at the Hall on Saturday, April 2, at 8 p.m.

Tickets are $20 and can be purchased at www.unityhall.com and at the Adirondack Cheese Company in Barneveld.

A part of CNY’s musical history, DDB has a style that originated from the Waylon and Willie genre of Outlaw Country music and was adopted by the Southern Rock genre that followed. Over time, the DDB band has developed a unique sound blending blues, southern rock, Americana, and alternative country.

The Dust Devil Band’s talented veteran musicians are long-time fans of Unity Hall’s unique performance space. It is a special place for musicians to play and for fans to hear live music.

“We are so excited to be performing again,” said band member Ed Rosenburgh. “We have been forced to cancel multiple gigs since March 2020. Being able to finally play live on stage at Unity Hall is a gift. Our last gig there was a virtual concert for New Year’s Eve. That was great, but there’s nothing like having music fans in the audience.”

Doors will open at 7:15 p.m. Advance tickets are recommended and can be purchased online at www.unityhall.com and the Adirondack Cheese Company on Route 12. Tickets will also be available at the door. COVID vaccinations are required, and masks are recommended.

The event is presented by the Unity Hall Foundation, a not-for-profit organization founded in 1995 to maintain the 1896 hall as a center for the arts and community activities.

The Music Series project is also made possible with funds from the Decentralization Program, a regrant program of the state Council on the Arts with the support of Gov. Kathy Hochul and the State Legislature, and administered by CNY Arts.