Dunkin’ and Make-A-Wish Central New York today celebrated the 10th anniversary of the Make-A-Wish Star Donut campaign which symbolizes the continuation of a community initiative. 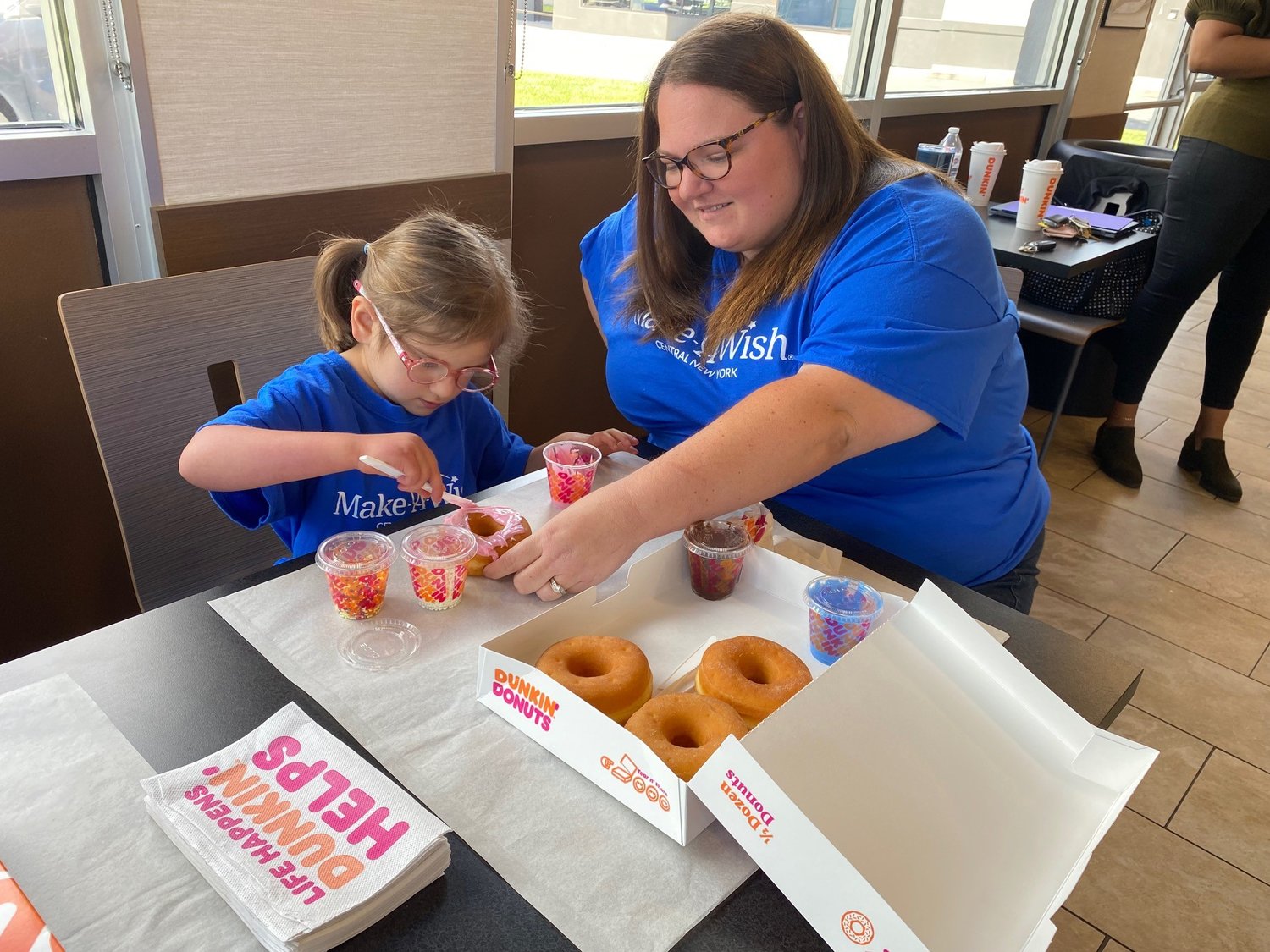 Mohawk Valley Wish Kid Raelyn Gordon, left, celebrates the 10th anniversary of the Make-A-Wish Star Donut campaign with her mom, Heather Gordon, by frosting her own donuts on Thursday at the Dunkin’ restaurant at 112 N. Genesee St. in Utica. Guests who donate $1 to Make-A-Wish at participating Dunkin’ restaurants in the Mohawk Valley through September 12 will receive a specially-crafted Make-A-Wish Star Donut.
(Photos submitted) 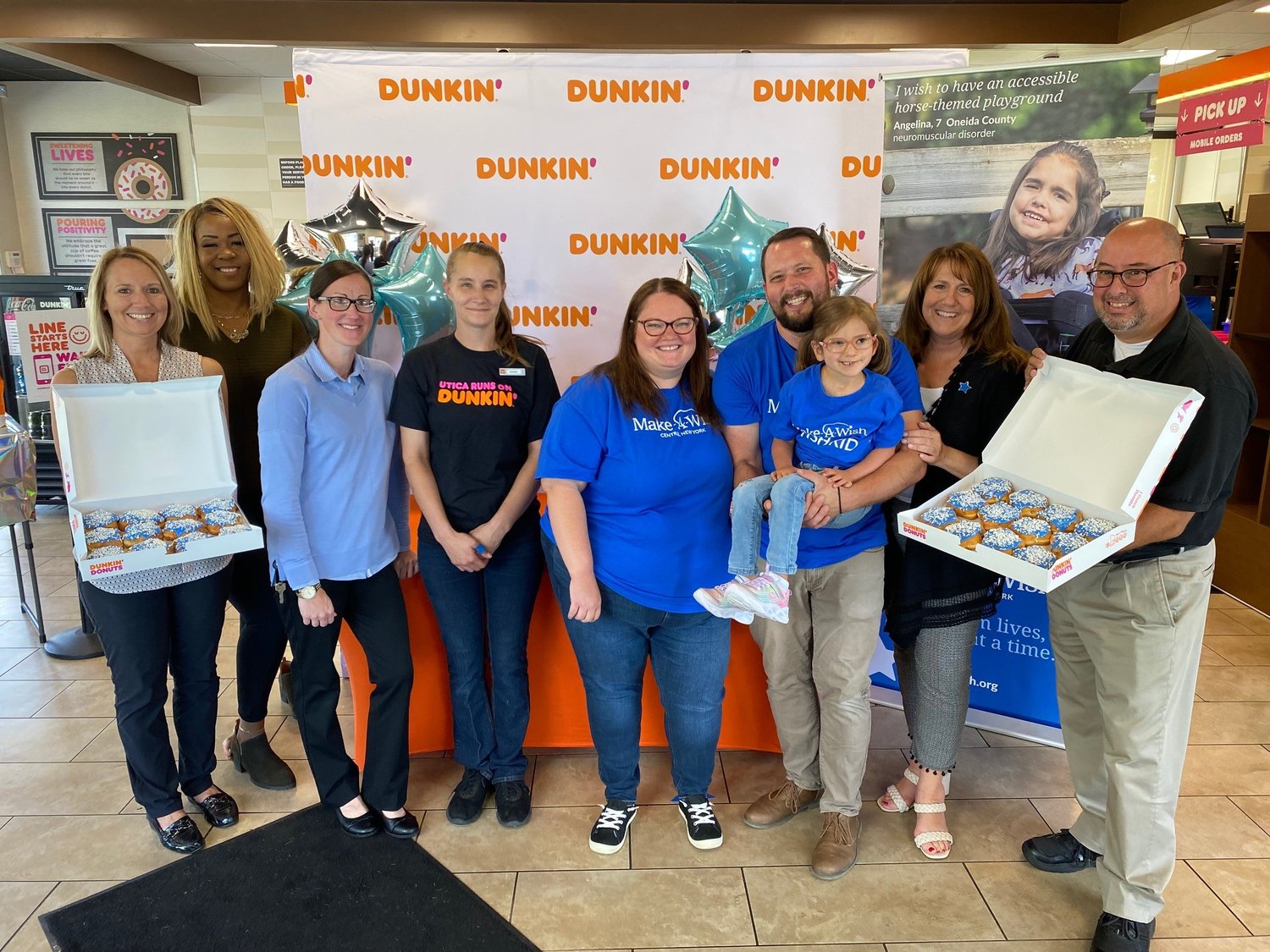 For more information on Make-A-Wish Central New York and or to learn ways to become involved go online to www.cny.wish.org or call 315-475-9474.

Officials kicked off the effort on Thursday whereby guests who donate $1 to Make-A-Wish at participating Dunkin’ restaurants in the Mohawk Valley will receive a free specially-crafted Make-A-Wish Star Donut, while supplies last. All proceeds will benefit Make-A-Wish Central New York. The campaign will run through Monday, Sept. 12.

“Dunkin’ is pleased to celebrate a decade of support for Make-A-Wish Central New York, an organization that works day-in and day-out to help make the wishes of local children come true,” said Dunkin’ franchisee Mark Cafua. “I encourage Mohawk Valley residents to enjoy a special treat while supporting a non-profit that is so important to the children and families in our community.”

“For 10 years the Dunkin’ Star Donut campaign has had a tremendous impact on our chapter and the critically ill Mohawk Valley children we serve,” said Make-A-Wish Central New York President and CEO Diane Kuppermann. “The 10th anniversary of this yummy treat will once again bring smiles to everyone who participates, as each location and their generous guests continue to help make wishes come true across our 15-country region. We are grateful for and proud of our partnership with Dunkin’ and their guests. It’s true. Wishes run on Dunkin’!”

Make-A-Wish Central New York creates life-changing wishes for children with critical illnesses throughout a 15-county region of New York State, including Herkimer, Lewis, Madison and Oneida counties. The organization has granted more than 2,000 wishes since inception in 1985.