The Ray brothers are donning the color pink yet again in support of the fight against breast cancer. 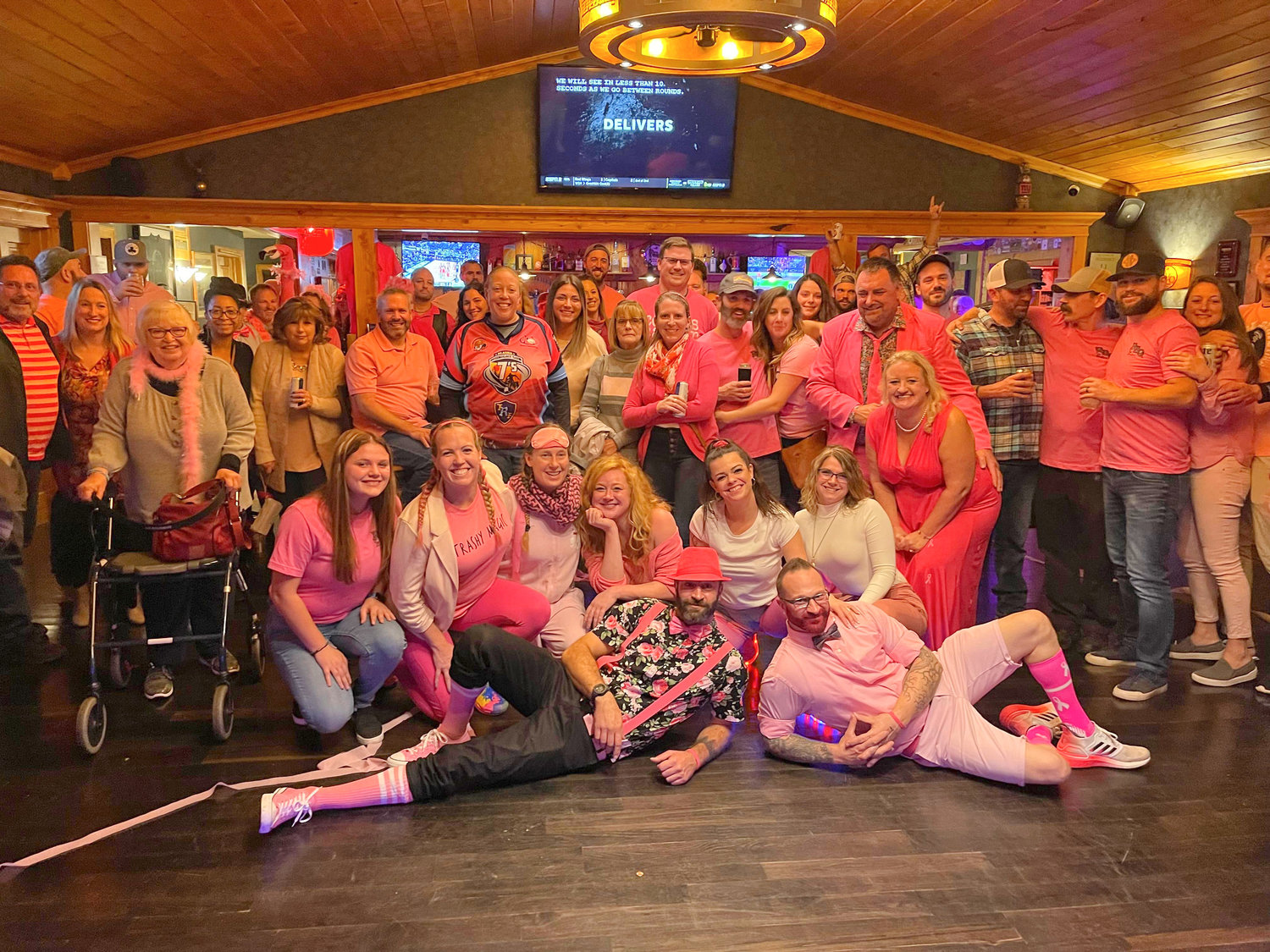 BOUCKVILLE — The Ray brothers are donning the color pink yet again in support of the fight against breast cancer, and they want you to get involved.

Brothers Tucker and Colin Ray, owners of Ray Brother’s Barbeque (RBQ) in Bouckville, will be hosting a Real Men Wear Pink (RMWP) fundraising dinner in support of the American Cancer Society (ACS) from 6 to 9 p.m. on Wednesday, Oct. 26.

While the ACS reported female breast cancer surpassed lung cancer as the most commonly diagnosed cancer worldwide in 2020, it is not only a women’s issue. All genders can be impacted by breast cancer, and the more who step up in the fight, the more powerful the impact can be.

The ACS RMWP campaign encourages community leaders — and particularly men, who are far less likely to be diagnosed with breast cancer — to step up to raise awareness and money to support the mission of the American Cancer Society to save more lives than ever through early detection and prevention, breakthrough breast cancer discovery and research, and lifesaving patient support. Real Men Wear Pink has raised more than $40 million since its inception, according to the ACS.

The Madison County restaurateurs have been involved with the American Cancer Society for the last few years, participating in and hosting numerous events to help bring awareness and funding to the cause.

“We lost our father a few years ago to cancer. Watching the ravaging effects of cancer on someone toward the end is something no one should ever have to deal with. If by any of our actions we are able to help someone else not have to suffer alongside their family members, it is the least we can do,” the Ray brothers say.

In the past, the two have gone head to head in a friendly competition to see whose pink getup could raise the most funds. Their colorful, creative outfits, like pink spandex and suspenders, were posted online and got a lot of attention for the cause.

As owners of a prominent business with an extensive reach, the brothers say they feel it is their “obligation” to get involved and make a difference. Their fundraising goal is $5,000.

Tickets to the dinner are $60 a person, 21+ only. Your ticket includes an RBQ dinner buffet from 6:30 to 7:30 p.m., your first well drink or domestic beer, an RBQ Real Men Wear Pink T-shirt, and live music. Pink outfits or costumes are required. There will be a competition and a prize for the best dressed.

Tucker and Colin will be bartending for the evening, decked out in pink. All tips and proceeds go to their RMWP campaign.

To purchase tickets, visit Ray Brother’s Barbeque, 6474 Route 20, Bouckville. Tickets are first come, first served. Tickets will not be sold over the phone or online. Sales must be by cash or check only. “We want all of the money to go to the American Cancer Society and we don’t want to lose any funds to credit card fees,” the Ray brothers say.