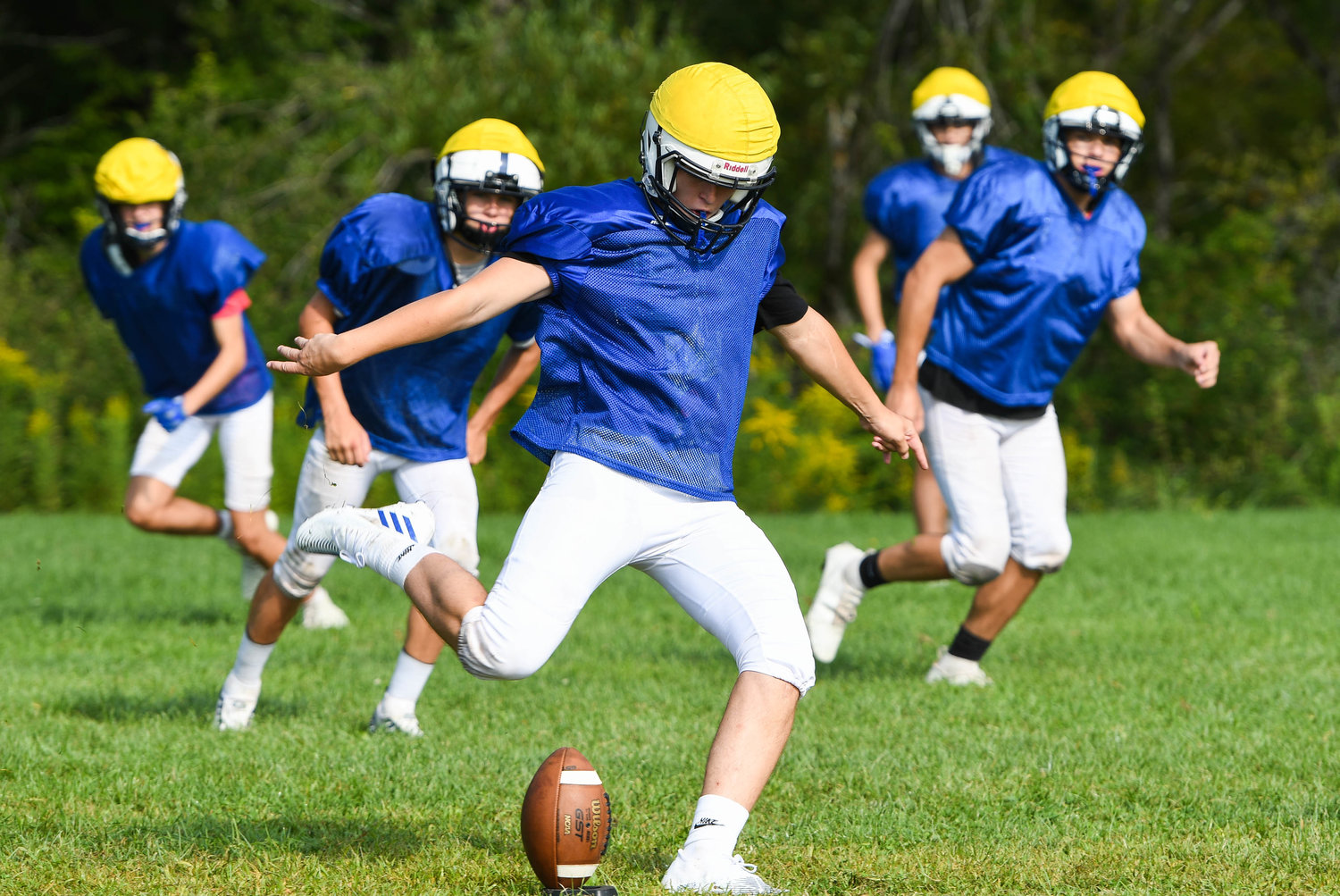 Dolgeville players work on special teams with onside kicks during a morning practice on Aug. 25.
(Sentinel photo by Alex Cooper) 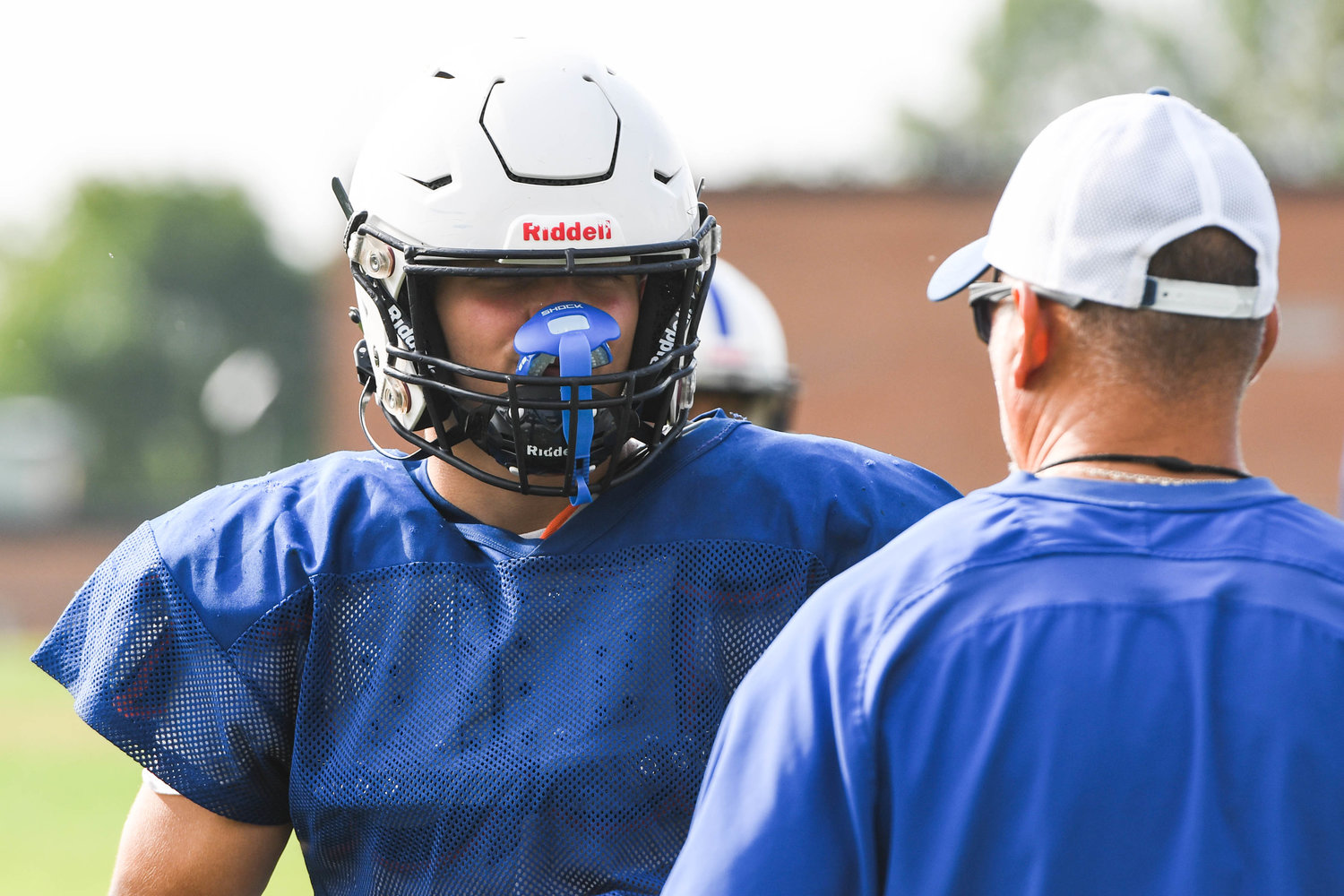 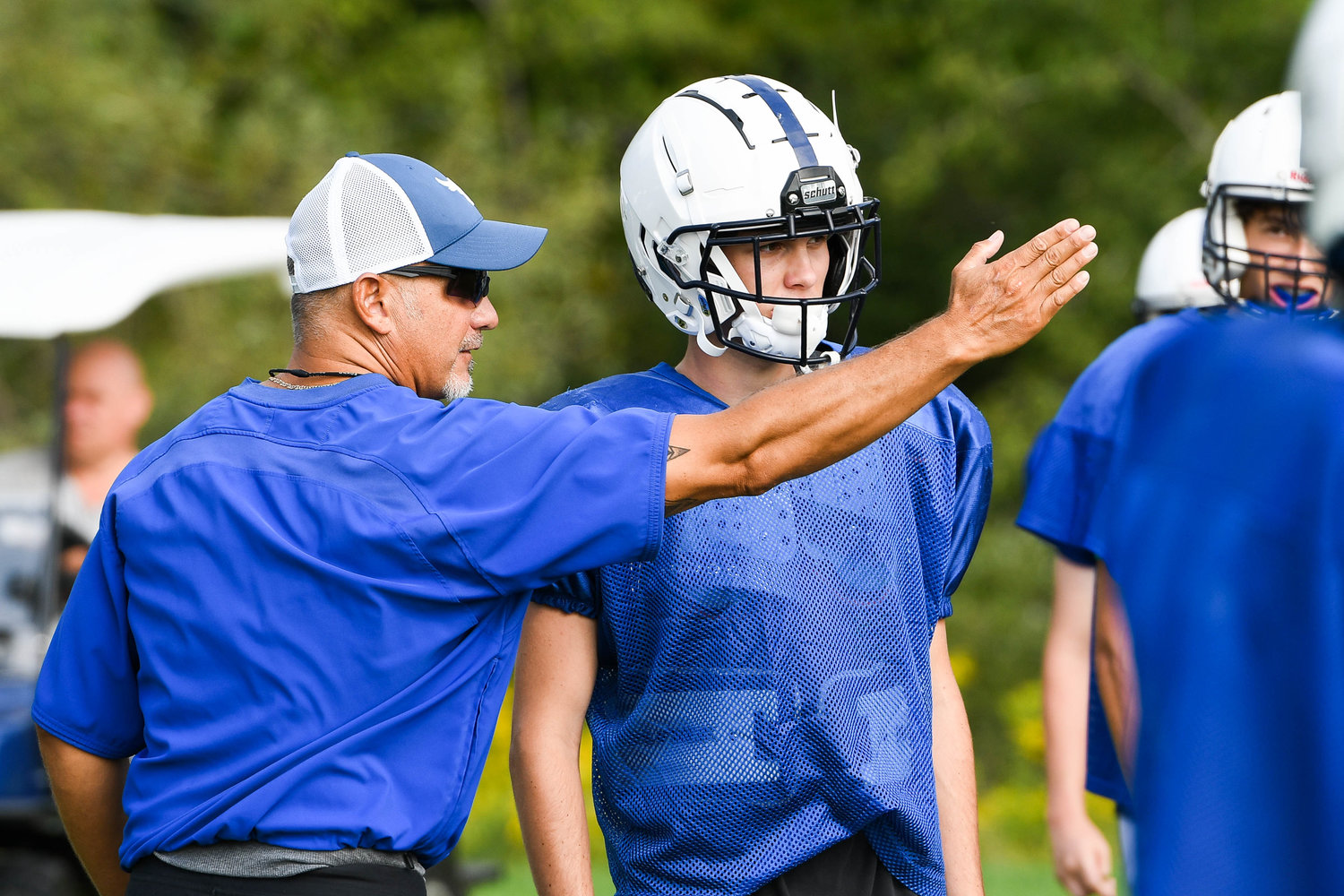 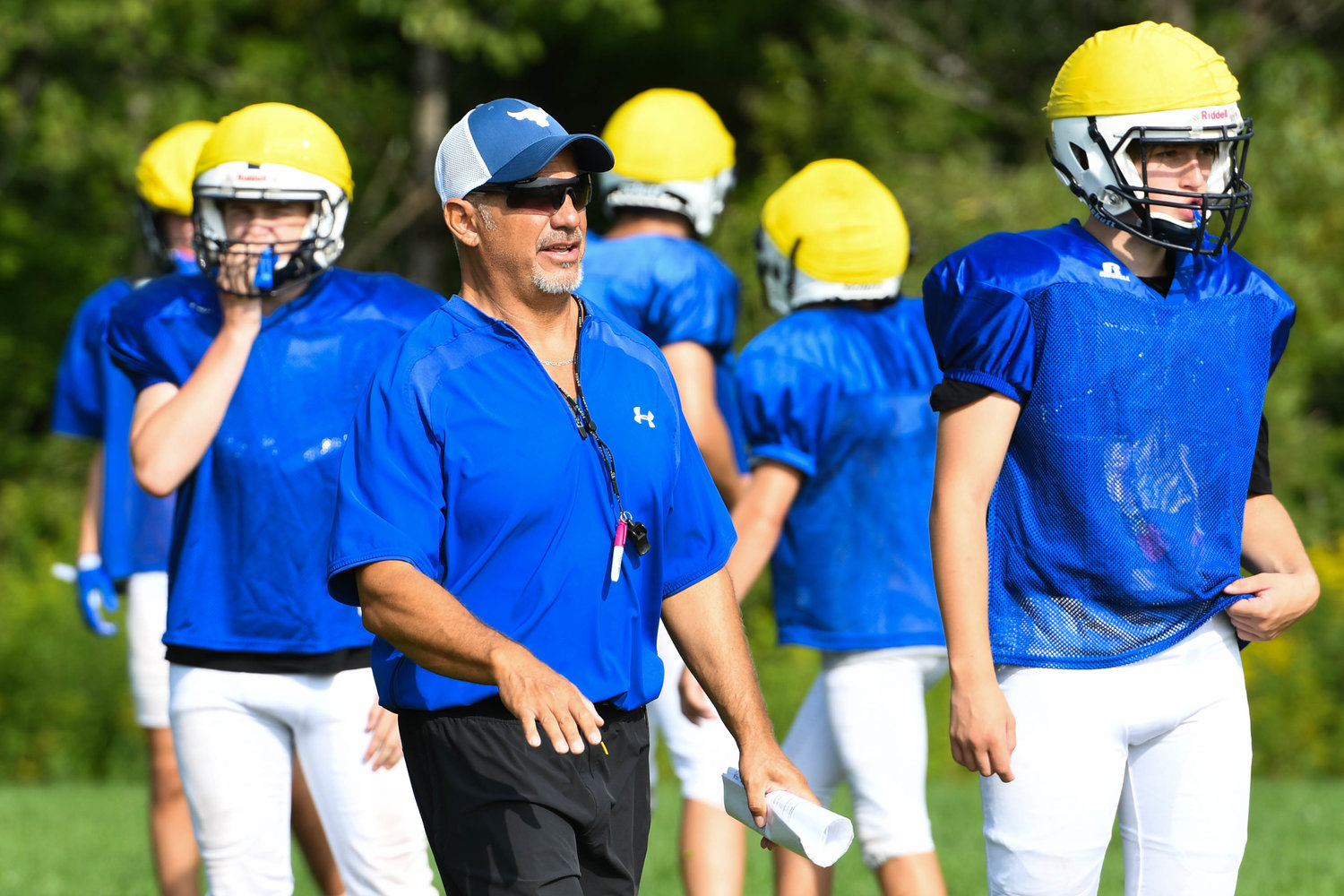 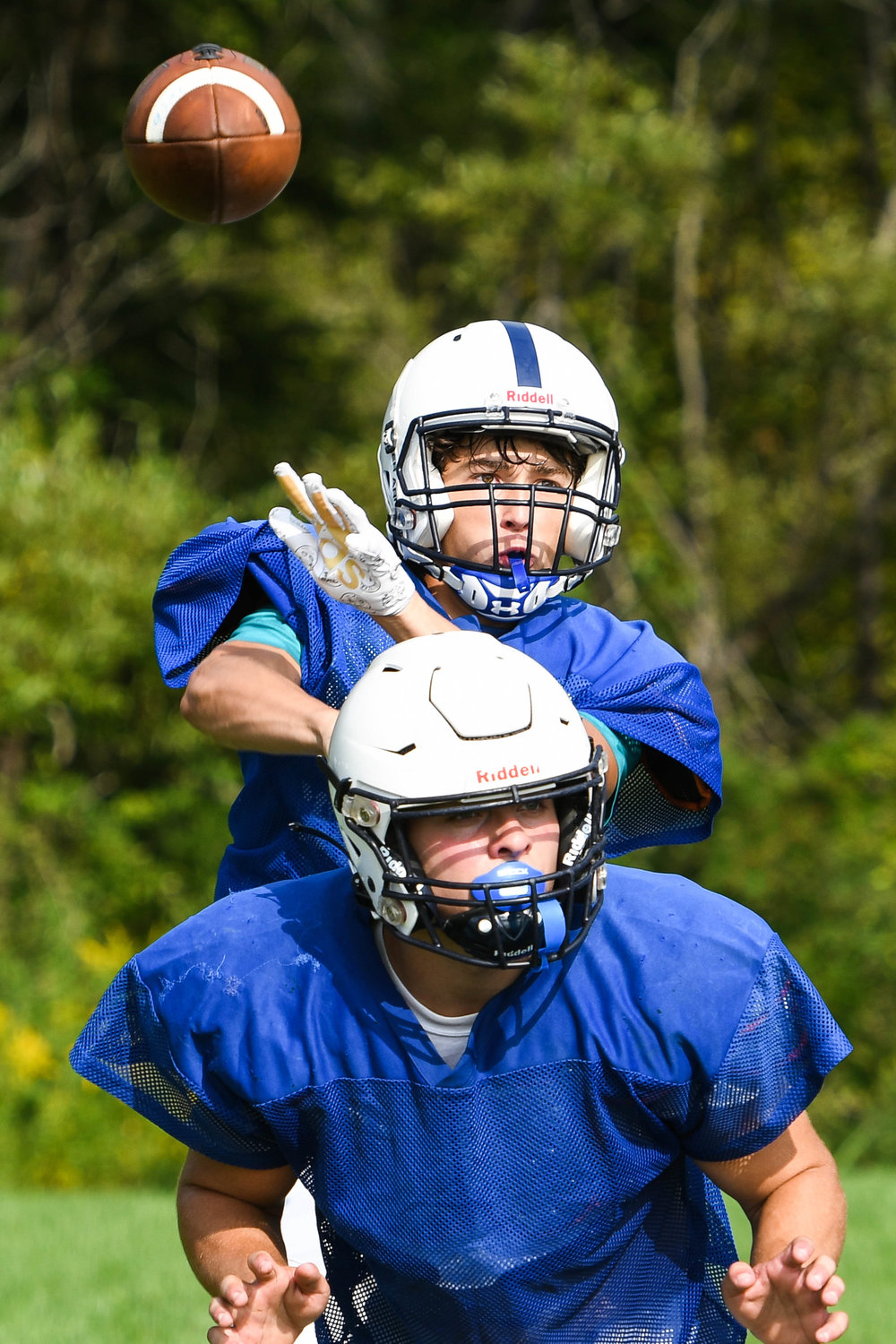 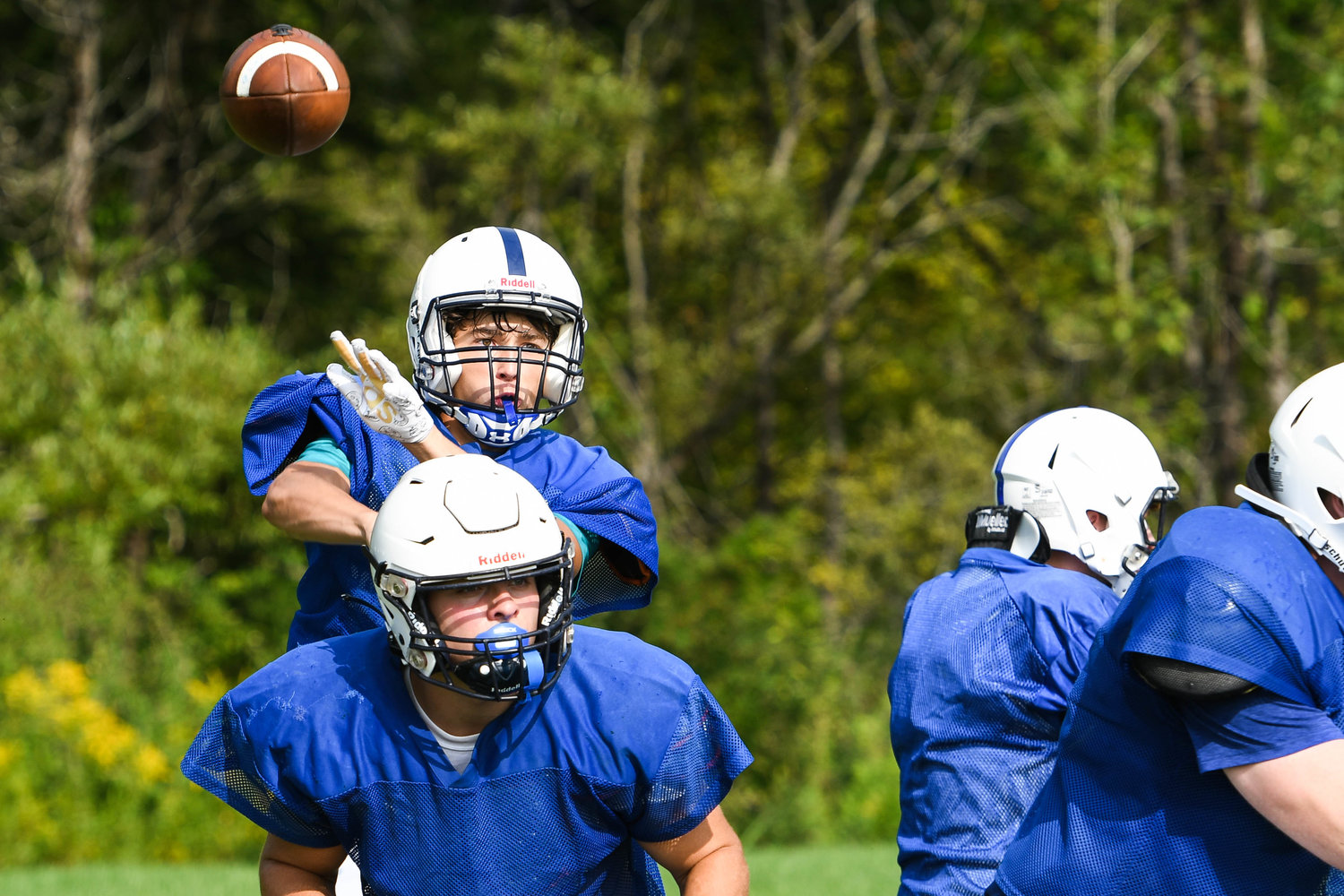 The Blue Devils are coming off a 10-1 season last year, where they won the Class D East and earned the program’s 18th sectional crown and first since 2017. Dolgeville defeated Adirondack 20-6 in the Class D title game at the then-Carrier Dome. The Blue Devils lost in the regional final to Section IV’s Tioga, the eventual state champion, 50-12.

Zilkowski, who has been at the helm of Dolgeville since 2013, said the Blue Devils have good team chemistry, good overall team speed and had a great turnout for offseason workouts.

Zilkowski said there are three keys to success this year: staying healthy and injury free, younger players stepping up and learning and being competitive in a challenging league.

Dolgeville will again compete in the six-team Class D East along with Herkimer, Little Falls, Mount Markham, Sheburne-Earlville and Waterville.

The Blue Devils begin their regular season at 1:30 p.m. on Saturday, Sept. 10, by hosting Herkimer.