The former Fort Stanwix Elementary School building, 110 W. Linden St., remains on the market — and will continue to be offered for sale by the Pyramid Brokerage Company ... 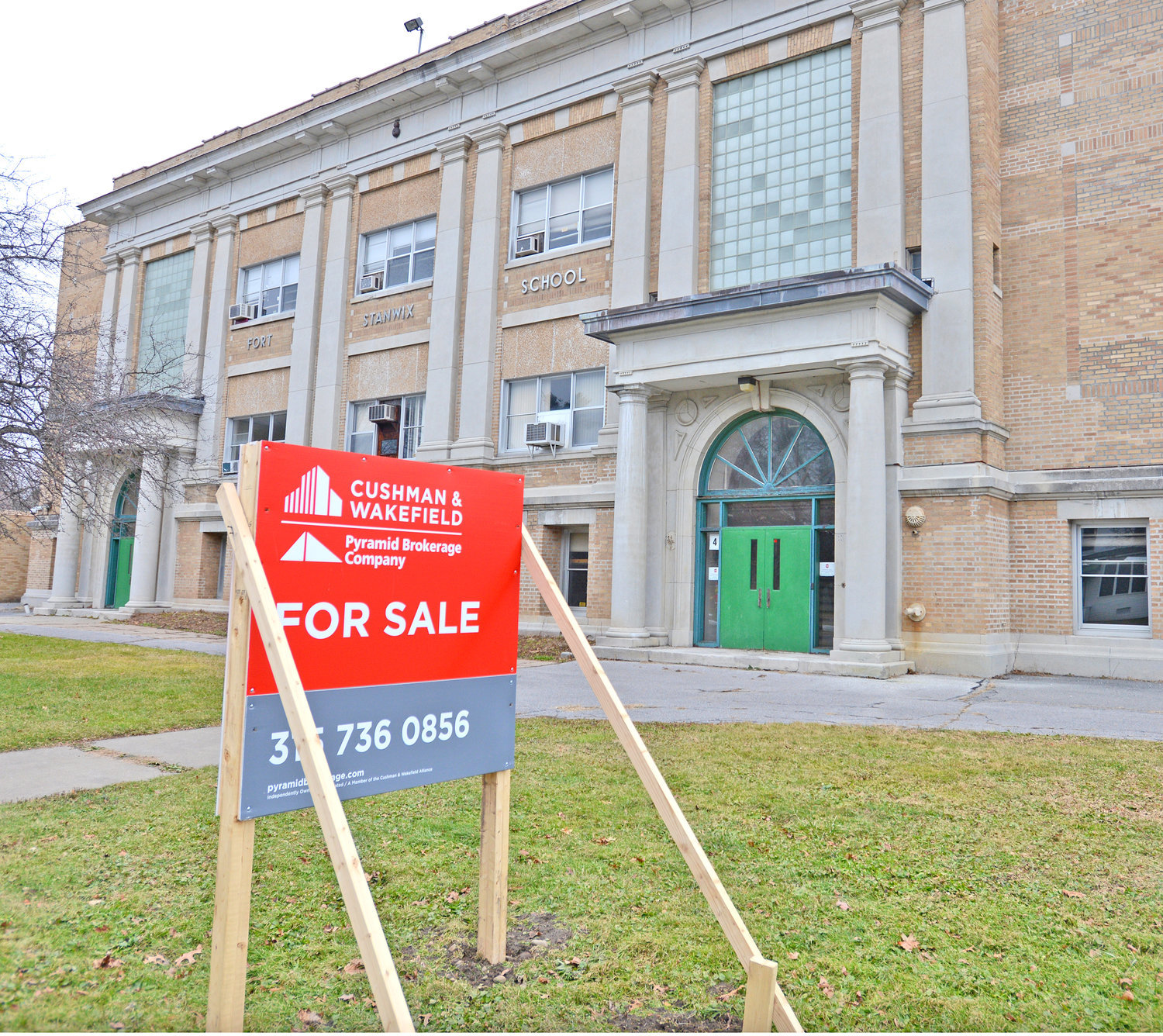 The former Fort Stanwix Elementary School, at 110 W. Linden St., in Rome, sits empty with a “for sale” sign in front in this Sentinel file photo. Efforts to sell the parcel continue, and the Rome City School District’s board of education has approved a resolution to extend a contract with the Pyramid Brokerage Company to help sell the property.
(Sentinel photo by John Clifford)
Posted Wednesday, June 29, 2022 11:00 am
Cara Dolan Berry
Staff writer
email

ROME  — The former Fort Stanwix Elementary School building, 110 W. Linden St., remains on the market — and will continue to be offered for sale by the Pyramid Brokerage Company, following an extension of an agreement between the Rome City School District and the real estate firm.

The district had entered into an exclusive agreement with Pyramid Brokerage Company to help the district market and sell the former long-time elementary school back in November 2019.

While a proposed buyer — who eyed the parcel for a senior citizen-focused apartment complex — was found early on in the process, that purchase agreement fell through and the board of education subsequently approved an extension of that agreement through June 2022.

Although a second purchase offer was made, that too, officials said, appears not to have resulted in the closing of a sale, and the board, at its most recent meeting on Thursday, June 23, approved a resolution to extend the Pyramid agreement again, through January 31, 2023.

During discussion of the motion to extend, board Vice President Tanya Davis shared that she planned to vote against the additional extension.

“I hold the same position as when I first joined the board,” said Davis, who wanted to see more community input into the disposition of that property.

“It is my greatest fear that it becomes a blighted property,” said Davis. “In my entire time on the Board, we have not been successful in selling this property.”

The members approved the extension, 8-1 with Davis in opposition.