The Center, a local organization dedicated to assisting and resettling refugees, has been on the forefront of aiding displaced Ukrainians since the start of Russia’s invasion of Ukraine. 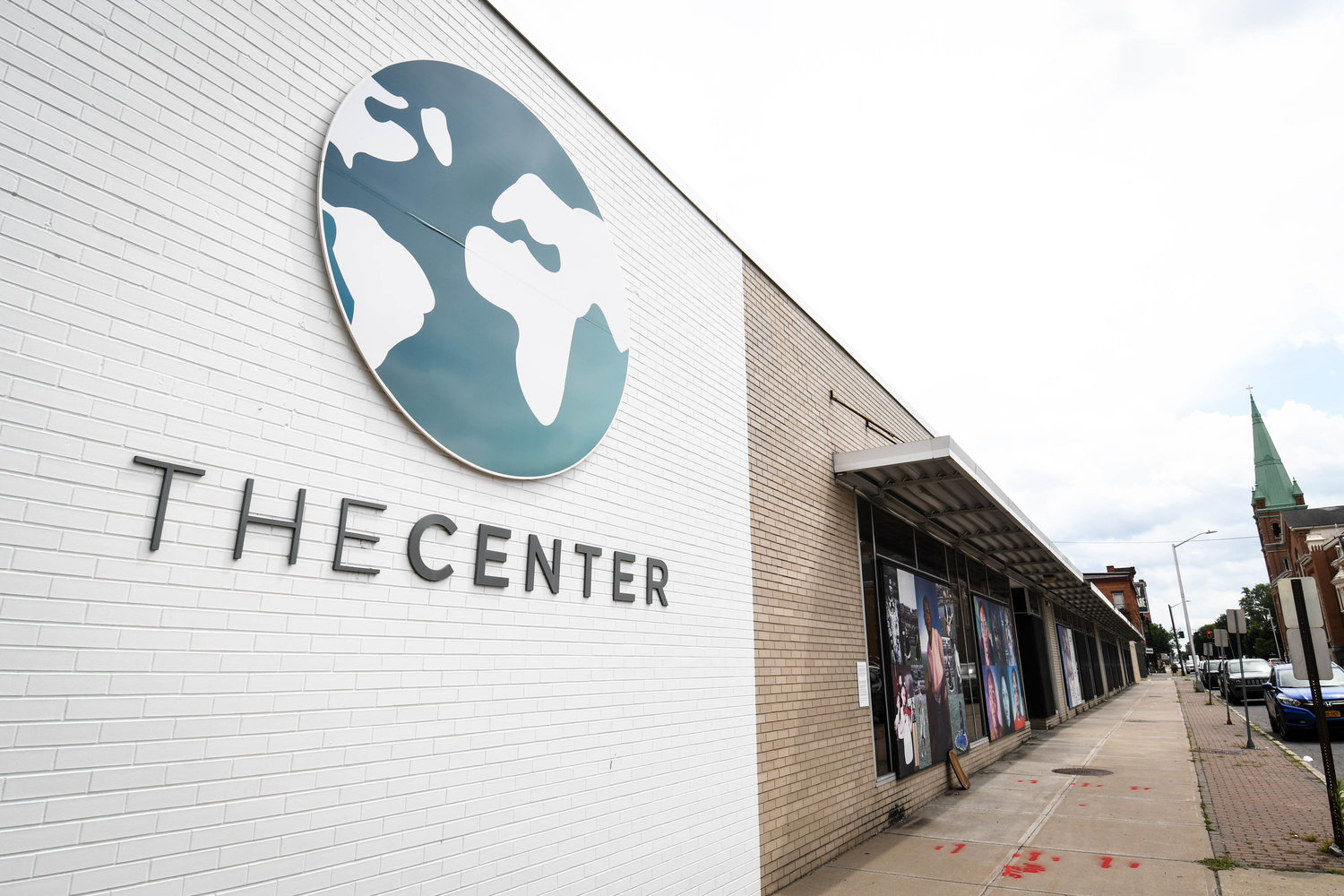 The Center, located at 201 Bleecker St. in Utica, is one of the 17 refugee centers across New York State that has received funding to continue assisting displaced Ukrainians.
(Sentinel photo by Alex Cooper)
Posted Wednesday, November 30, 2022 9:30 am
Thomas Caputo
Staff writer
email

UTICA — The Center, a local organization dedicated to assisting and resettling refugees, has been on the forefront of aiding displaced Ukrainians since the start of Russia’s invasion of Ukraine.

According to the United Nations High Commissioner for Refugees, almost 8 million Ukrainians have fled their country since the attack began in February, of those around 75,000 have come to the United States. The Center has helped settle more than 100 Ukrainians who have sought new lives in the Mohawk Valley, and officials expect more displaced Ukrainians to come to the area as the Russian onslaught continues.

“We have been doing Ukrainian resettlement for decades, so before any of this happened, we’ve been resettling Ukrainian families,” said Shelly Callahan, executive director of The Center. “Since the conflict started, we have been receiving families and we have been providing case management services, all sorts of services that we provide to our new arrivals.”

In addition to aiding displaced Ukrainians, The Center also assists refugees from other countries who are also coming to the Mohawk Valley.

The Center, previously known as the Mohawk Valley Resource Center for Refugees, was established in 1979 and began to assist Vietnamese refugees in the area. Throughout the years, the organization has assisted with the resettlement of refugees from former Soviet Union countries, Bosnian refugees during the Bosnian war and refugees from South, Southeast and Western Asia, Northeast Africa and the Horn of Africa. The Center has helped more than 16,500 refugees in total since the organization began in 1979.

The funding, provided by the U.S. Department of Health and Human Services’ Office of Refugee Resettlement, will be utilized for continuing support services for Uniting for Ukraine, a U.S. Citizenship and Immigration Services program which allows Ukrainian citizens to stay in the United States in a two-year period of parole. Support services include employment assistance, case management, skills training, English as a second language, as well as housing and food assistance.

The Center relies and operates on such funding to be able to help refugees.

“We are proud to continue to welcome those who have been forced to flee their homeland by the ongoing and unjust violent attack by Russia,” Hochul said. “As the home to the largest Ukrainian population in the United States, New York will remain unwavering in our support of the people of Ukraine. This federal funding is crucial to enabling refugee services providers to properly assist Ukrainian families as they adjust to a new life here in New York state.”

The Center has also been put in the national spotlight as MSNBC recently reported a story on the organization’s efforts to help displaced Ukrainians and how the city of Utica has been welcoming them. MSNBC’s Morning Joe show provided the nation with a glimpse of how Utica has stepped up to assist Ukrainians and highlighted the difficulties Ukrainian refugees currently face with the ability to legally find employment.

“The worst part is that we would love to work but, unfortunately, we don’t have permission in the United States,” a Ukrainian refugee from Utica said during the MSNBC Morning Joe show.

While Ukrainian refugees are staying in the United States on either a humanitarian parole status or a temporary protected status, both statuses do not allow refugees to seek legal employment in the country.

Officials with The Center are hopeful to set a precedent in how refugee services can be provided in communities across the country and to also bring attention to the barriers that refugees face in this country like employment eligibility for current Ukrainian refugees.

“We are unique, we are a preferred agency with regard to how we provide resettlement services, case management services, how we work with our community,” Callahan said. “I think there’s a lot of things that we do here and programs that we have built here that are unique to us and also that we’re very, very proud of and many times serve as a model for other communities and agencies.”