Dino Zone reopens at the MOST

Travel back in time to the age of the dinosaurs as the Museum of Science & Technology in Syracuse reopens its famous life-sized dinosaur exhibit, now with some new updates and improvements.

Dino Zone reopens at the MOST 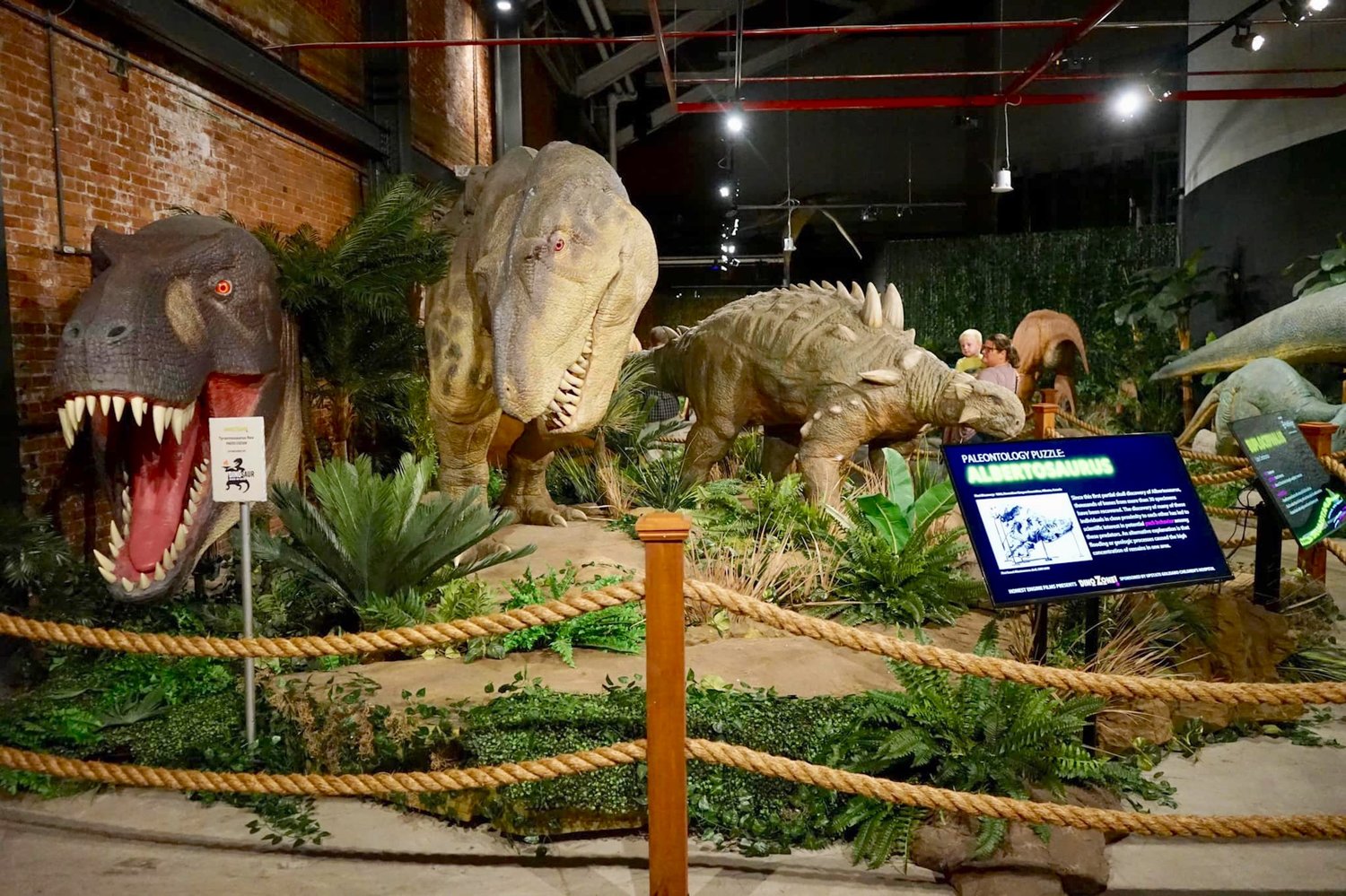 The renovated Dino Zone exhibit is open at MOST.
(Courtesy of Museum of Science & Technology, Syracuse) 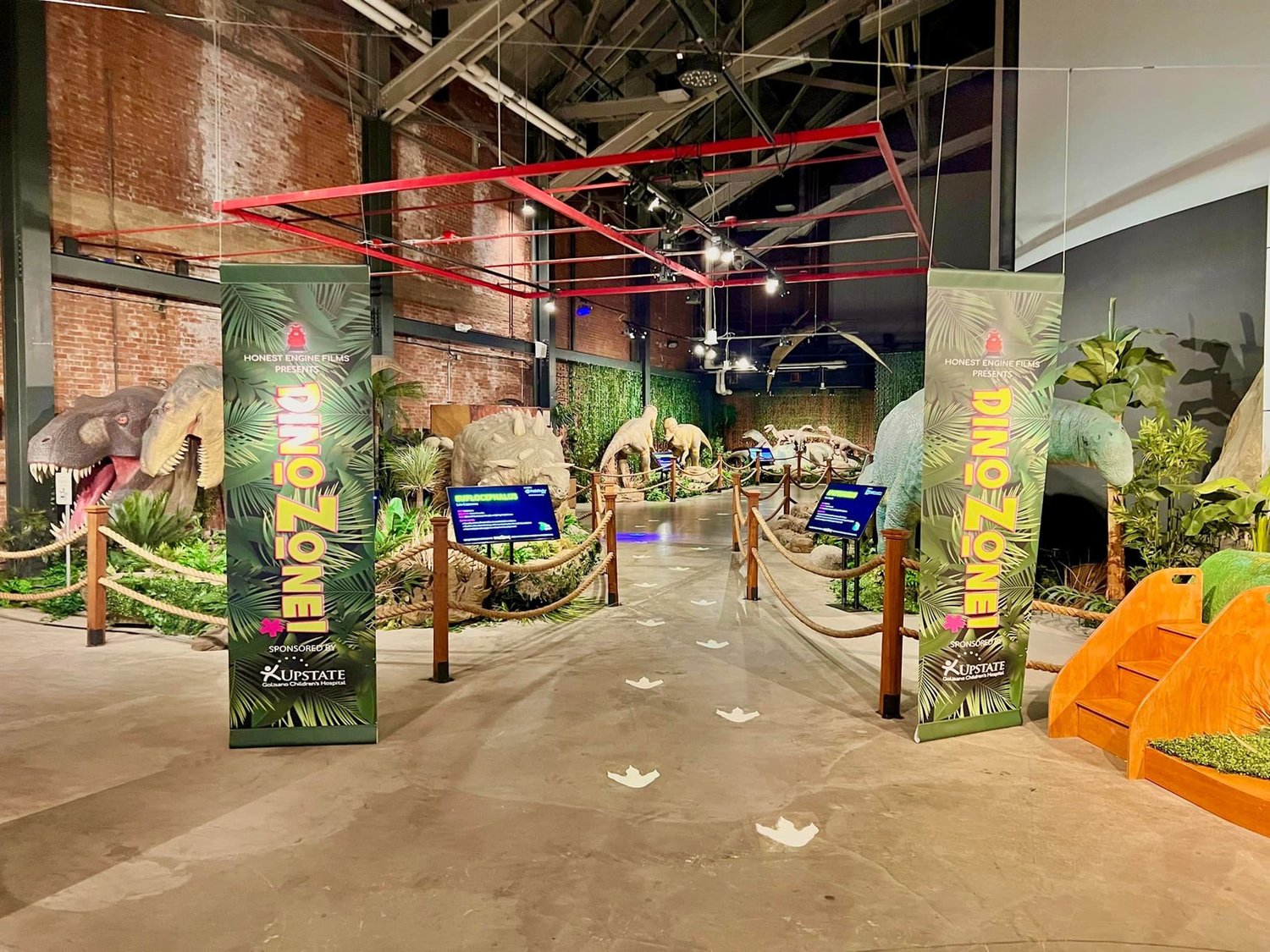 SYRACUSE — Travel back in time to the age of the dinosaurs as the Museum of Science & Technology in Syracuse reopens its famous life-sized dinosaur exhibit, now with some new updates and improvements.

The renovated Dino Zone exhibit held its reopening on Aug. 12 at the MOST on South Franklin Street. The exhibit — hailed as the only permanent life-sized dinosaur exhibit in Central New York — is sponsored by Upstate Golisano Children’s Hospital, with Honest Engine Films, among others.

With moving, lifelike dinosaurs created in collaboration with paleontologists, you can learn what life was like on Earth more than 65 million years ago. From Maiasaura to Albertosaurus, visitors will experience an immersive journey through the Cretaceous era with an interactive Safari Hunt that dives into the vegetation and wildlife of our geologic past. The upgraded exhibit will include updates with new scientific discoveries, scenery changes, and overall exhibit enhancements.

Over the past 30 years, the museum has exhibited the Dinomania program seven times, becoming the most popular exhibit at the MOST. The dinosaurs became a permanent installation in the summer of 2019, now called Dino Zone. After several years of public use, the exhibit now requires much-needed enhancements to its experience, officials said.

The exhibit opening kicked off a month’s worth of dinosaur activities, including a brand-new triceratops climbing statue on the MOST’s lawn. Visitors are free to climb the statue as a permanent fixture, funded in part by the Downtown Committee of Syracuse with grant support from the Syracuse Parks Conservancy, in partnership with the Central New York Community Foundation.

Also new at the exhibit will be a daily Story Time featuring “Triceratops Stomp” by Karen Patkau, which encourages a child’s scientific spirit through stories and hands-on sensory play. The story time takes place at 11 a.m. and is free with museum admission.

There is a new “Dinosaurs of Antarctica” documentary, sponsored by Amazon, that will be playing in the National Grid ExploraDome on a daily basis. The documentary will explore the lifespan of Antarctica, including the dinosaurs and amphibians that lived on the land hundreds of millions of years ago.

Visitors will be able to make their own dinosaur masks at the MOST’s arts and crafts area throughout the rest of August.

On Sept. 2, the MOST will host Dollar Dino Fridays, where children ages 2 to 11 can get in and experience all the exhibit has to offer for only $1 admission. Children under 2 are free. For more information, go to most.org.