The Mohawk Valley DiamondDawgs swept a Wednesday doubleheader against the visiting Jamestown Tarp Skunks, winning 4-0 and then 11-1. 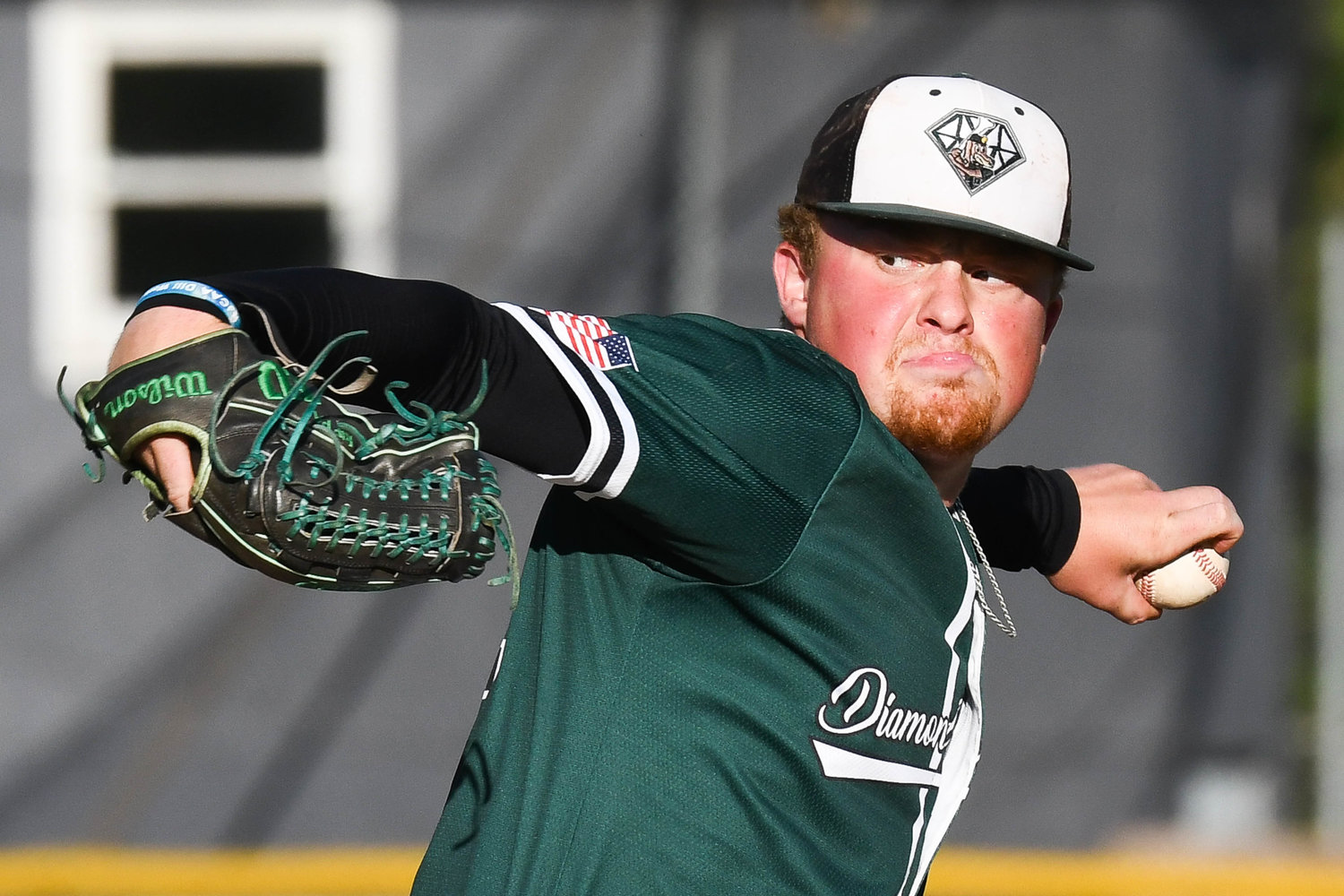 Mohawk Valley DiamondDawgs pitcher Ethan Patch delivers during the the first game of a doubleheader against Jamestown on Wednesday at home in Little Falls. Patch — who plays for the Herkimer College baseball team — threw the final two innings of the game to earn a save in a 4-0 win. The Dawgs also won the second game, 11-1.
(Sentinel photo by Alex Cooper) 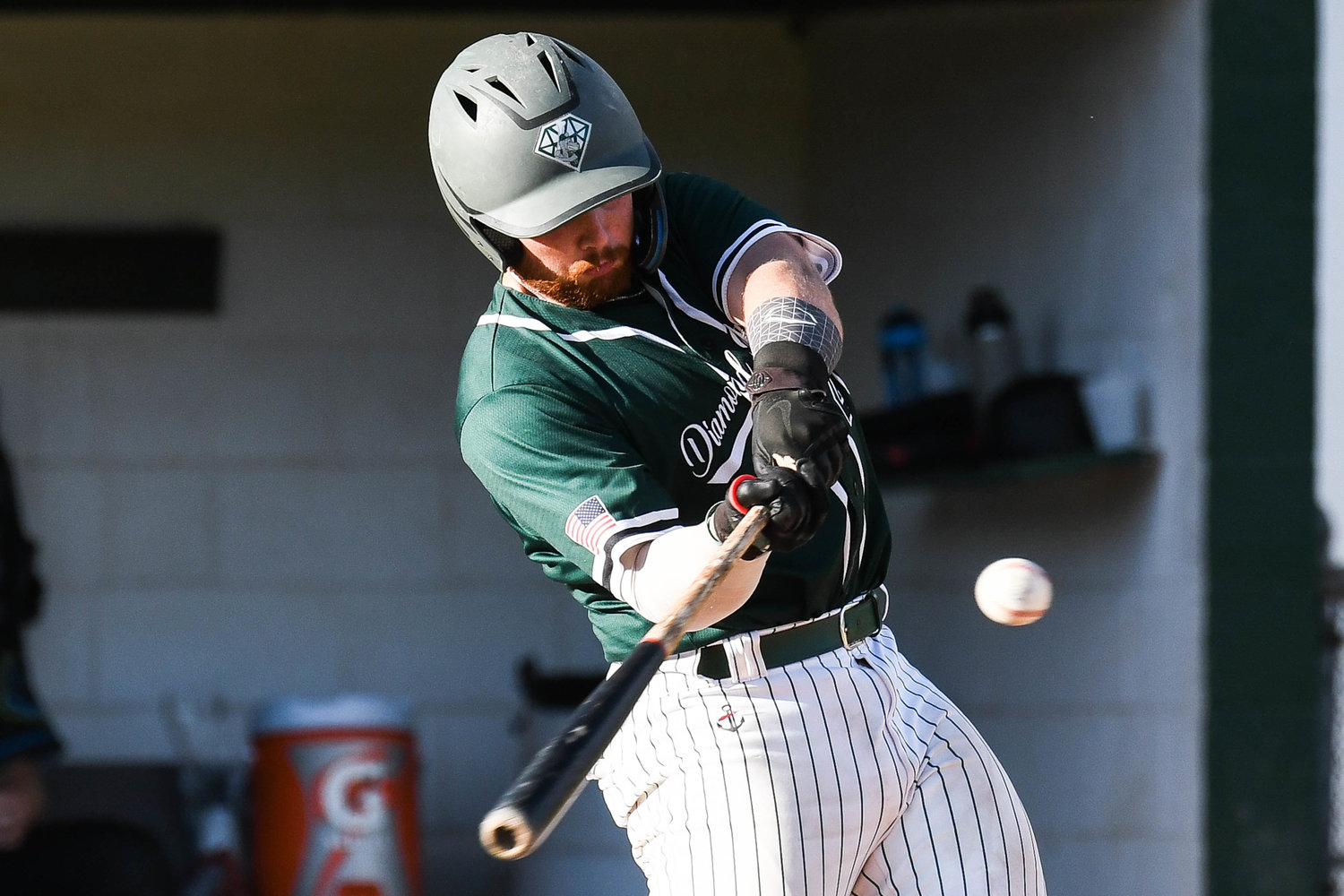 Marshall Awtry of the Mohawk Valley DiamondDawgs swings at a pitch during the the first game of a doubleheader against Jamestown on Wednesday at home. The Dawgs swept the two games, winning 4-0 and 11-1.
(Sentinel photos by Alex Cooper) 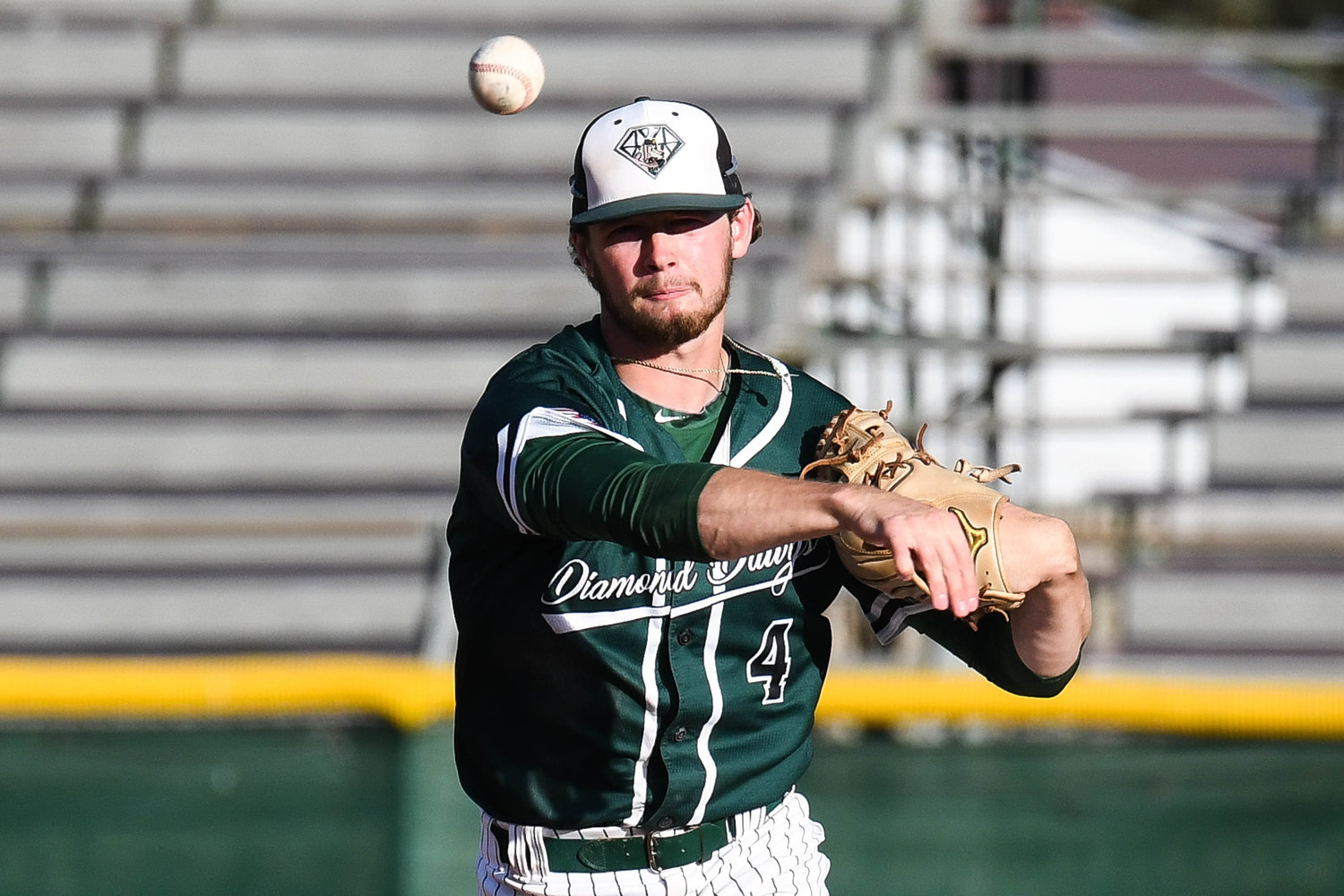 DiamondDawgs player Zach Brush throws to first base during the the first game of a doubleheader against Jamestown on Wednesday.
(Sentinel photo by Alex Cooper)
Previous Next
Posted Thursday, July 7, 2022 9:40 pm

LITTLE FALLS — The Mohawk Valley DiamondDawgs swept a Wednesday doubleheader against the visiting Jamestown Tarp Skunks, winning 4-0 and then 11-1.

The first game was never in doubt. After a sacrifice fly, Alfredo Delgado smacked a three-run home run to left field to give Mohawk Valley a 4-0 lead after an inning.

MV pitchers Darin Horn and Ethan Patch handled it from there. Horn got the win, while Patch picked up the save. Ian Korn took the loss for Jamestown.

Game two was scoreless until the bottom of the third, when Ethan Valdez scored on a Jamestown error. Garrett Musey hit the team’s second three-run homer of the day for another 4-0 lead. A walk with the bases loaded pushed the lead to five runs.

The hosts grew the lead to six on a two-run double by Delgado. After another run, Pete Durocher brought two more runs home on a double to left field. Brady Fureno drove in one last run to finish off the game, thanks to the 10-run rule.

Hayden Duke picked up 10-strikeout win. Bryce Jackson got the loss for Jamestown.

The win pushed Mohawk Valley’s record to 13-14. The loss snapped Jamestown’s three-game win streak and dropped the team to 15-12.

The DiamondDawgs were back at Veteran’s Memorial Park on Thursday when they hosted the Boonville Baseball Club. Results were not available at press time.