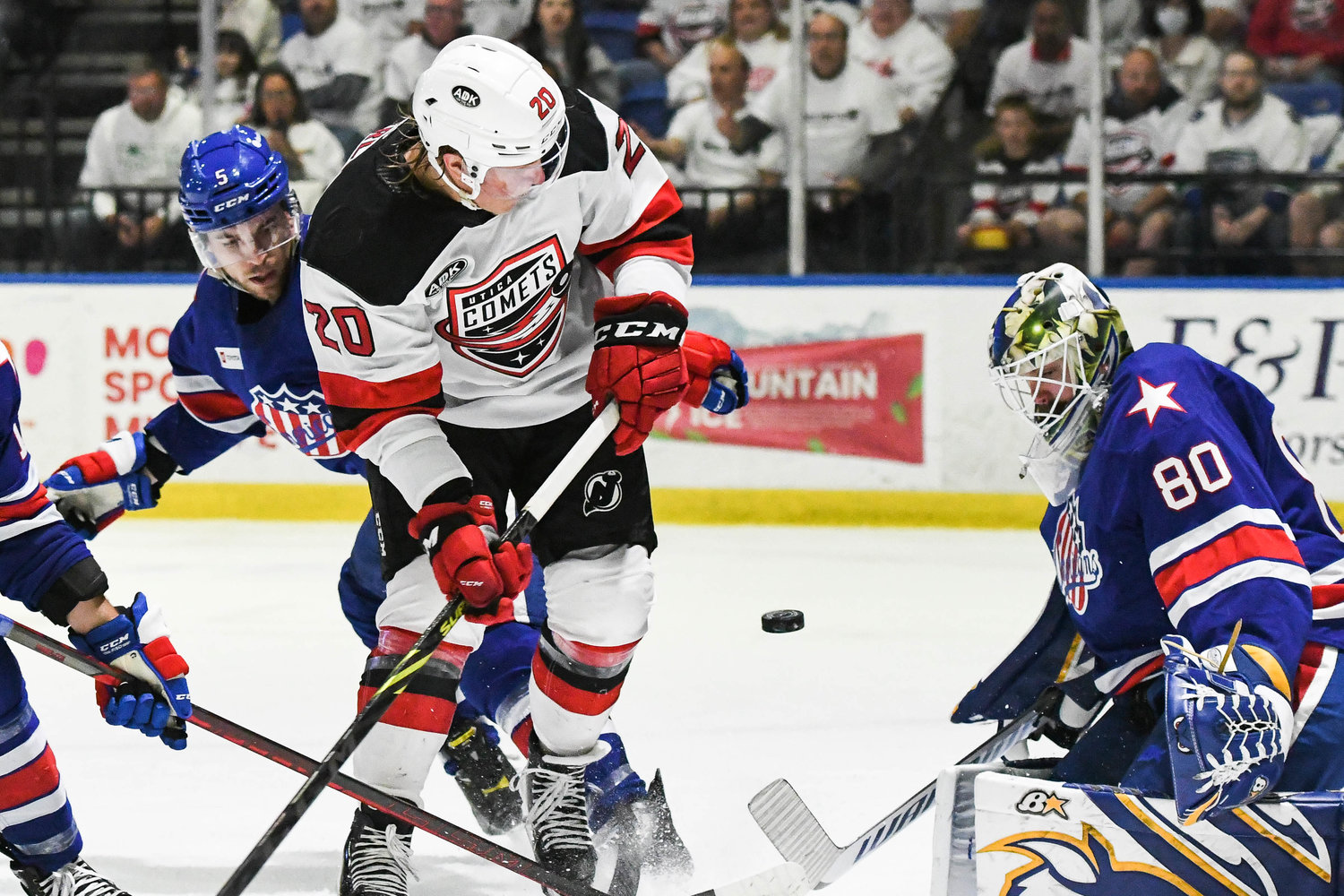 The New Jersey Devils have re-signed restricted free agent forward Fabian Zetterlund to a one-year, two-way contract. Zetterlund scored 24 goals and collected 28 assists for the Utica Comets last year. He also made his NHL debut with the Devils, scoring three goals and five assists in 14 games.

Zetterlund, who turns 23 later this month, made his NHL debut on Nov. 18, 2021 at Florida. The right-handed shot earned his first career NHL point on April 9 at Dallas and his first NHL goal three days later at Arizona. He was one of eight players who made their NHL debut with the Devils last season.

Born on Aug. 25, 1999, the native of Karlstad, Sweden was New Jersey’s third selection, 63rd overall, in the third round of the 2017 NHL Draft. Zetterlund spent parts of four seasons with Farjestads BK Karlstad of the Swedish Hockey League and earned 11 career points — five goals and six assists — in 56 games from 2015-16 to 2018-19. He represented his home country in international play at the International Ice Hockey Federation’s under-18 World Junior Championship in 2016-17 and under-20 WJC in 2017-18.