With Phase II of the Mohawk River Trail nearing the end of construction, city officials are looking to Phase III and beyond as development continues. 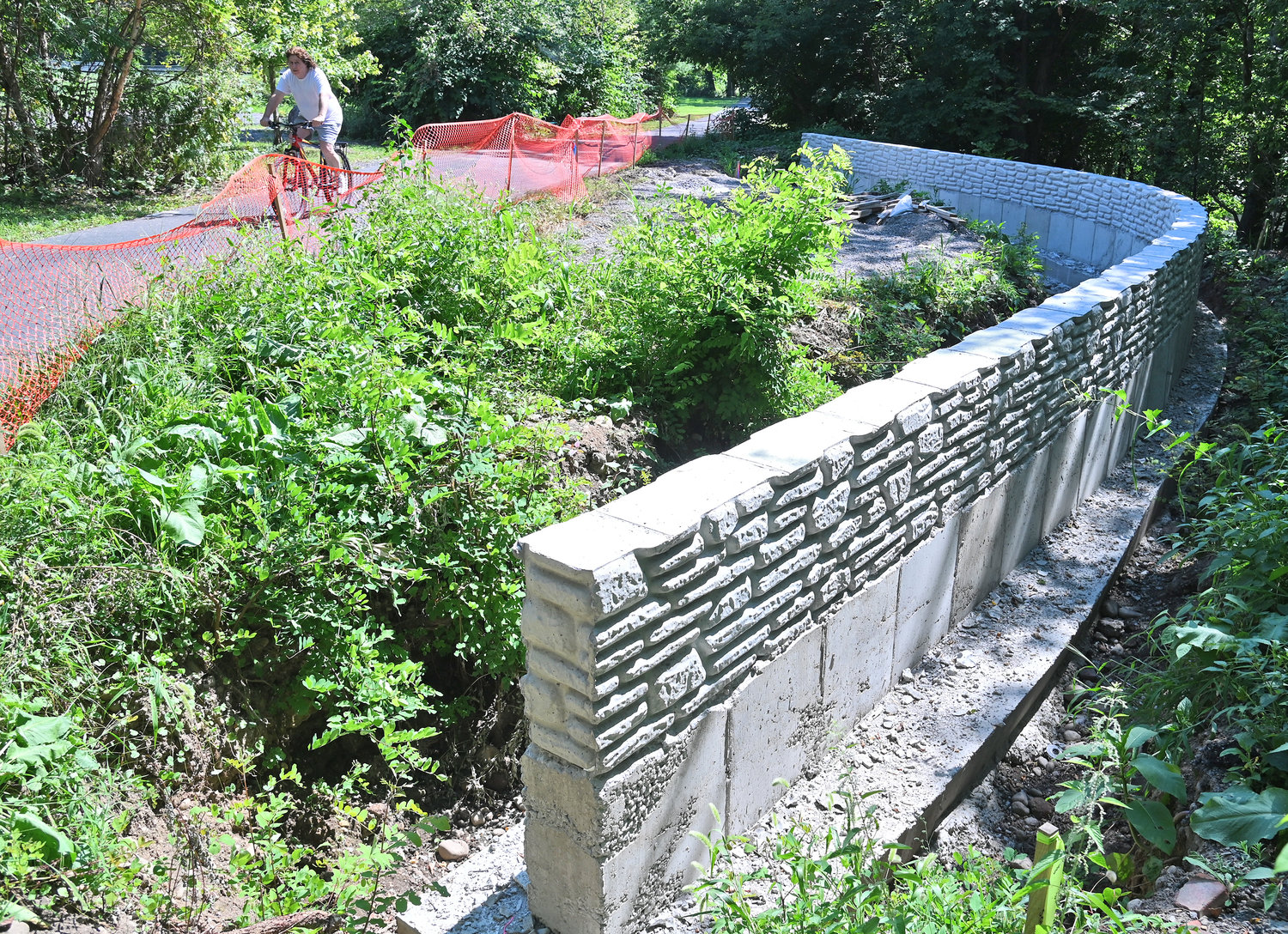 ROME — With Phase II of the Mohawk River Trail nearing the end of construction, city officials are looking to Phase III and beyond as development continues.

In June, the city was awarded more than $3.5 million in 2021 Transportation Alternative Program (TAP) funding through the Federal Highway Administration, administered by the state Department of Transportation, that is earmarked for extending the trail system.

Monies will fund completion of one of the last legs of the Mohawk River Trail to the Rome Fish Hatchery and Golf Course Road, which is Phase III of the project. It will allow Rome to construct 2.5 additional miles on the multi-use, recreational trail connecting to the existing Black River Trail.

Right now, Phase II of the project is under construction, which will extend the trail from East Chestnut Street to Wright Settlement Road. Once the second phase is complete, it will allow pedestrians and bikers to travel on the Greenway and Erie Canalway system, all the way to Delta Dam.

Deputy Director of Community and Economic Development Matthew Andrews said Phase I of the Mohawk River Trail was completed last year, which included improvements to the former on-road section at Culverton Avenue. When finished, it included a separated multi-use pathway for bicyclists and pedestrians, which now offers cyclists the opportunity to be separated from the road, he said.

Phase I “allowed us to move into additional enhancements” for the trail, “like ADA (Americans with Disabilities Act) accommodations and respite areas along the trail,” said Andrews. “Late last year, a project was awarded for the first of three planned overlook areas along Phase I of the trail.”

The first overlook area is located at Kost Field on the river’s edge, which is expected to be completed by fall.

“That area includes a larger respite area than the previous bench pad, which was part of the original design” of the trail, Andrews explained. “And a wall is included to keep people from encroaching too far onto the river bank. Some of the trees in between the river and the overlook have been cut back and trimmed, so people can get a better look at the river. It’s a more heavily-used section of the trail, so that’s why we looked at that first.”

The features of the knee wall at Kost Field are meant to mimic structures at Fort Stanwix National Monument so that the Mohawk River Trail contains integral public facility components of the city’s notable historical sites.

“It made a lot of sense to move in the direction of a contact-sensitive design of some of the features that are interconnected between our park sites and the Greenway of the Mohawk River Trail,” said Andrews. “That’s so the user facets” between city markers “are seamless. Visitors are encouraged to visit the Greenway, and then our design solutions include signage and site features cohesive to the character of the area.”

Under development right now are wayside exhibits to be installed within Phase I of the trail, through Phase II. The signage will include information about the history and heritage of the particular location, along with the flora, fauna and geological features in and around the Mohawk River basin.

“Some graphic panels and written information is being developed through our consultant —2K Design — from Clifton Park that the city hired about two years ago,” Andrews said. “We’re branding the trail as a ‘Path to Discovery,’ and we’re trying to make it engaging for everyone. The trail really does connect a number of destinations and iconic places in Rome. We’re connecting our parks, recreational trails, districts, services and neighborhoods in a thoughtful and interesting way.”

Wayside exhibits are expected to start going up on the trail in 2023.

Local crews also continue fabricating and installing distance markers on Phase II of the trail in case someone has a medical emergency — to pinpoint their location — and for those interested in tracking their mileage.

“This fall, Phase II should be substantially completed,” Andrews added. “Right now the off-road segments are 70% constructed, with the embankment work and drainage structures in place. The contractor is hoping to install an asphalt binder layer in the next few weeks for the off-road segments of the trail, and hopefully next month, they’ll be able to tackle work along Black River Boulevard. That work includes a separated path from the boulevard setback, as far as the right-of-way would allow, so users are not right up against traffic.”

Despite some issues with the supply of construction materials, “The project is still looking for substantial completion by the end of the season — people should be able to get on before the snow flies,” he said.

Looking ahead, Phase III will be constructed using the $3.5 million TAP award that will bring the trail up to the Golf Course Road extension. As part of the project, the existing Black River Towpath, which is currently a hard-pack and stone surface, will be resurfaced and regraded to a stone dust top.

Andrews said a snowmobile bridge over a section of creek near Rome Fish Hatchery will be replaced.

“We’re working closely with the state Department of Environmental Conservation” to incorporate a design “that will leverage their fish hatchery site into a personal place of interest, with options of routing” the trail “in and around their site,” Andrews said. “Planning and design is on-going through 2023, and it will most likely be a 2024 construction project.”

Looking beyond Phase III, Andrews said the city will work with state partners to make a final connection of the Mohawk River Trail to Delta Lake State Park.