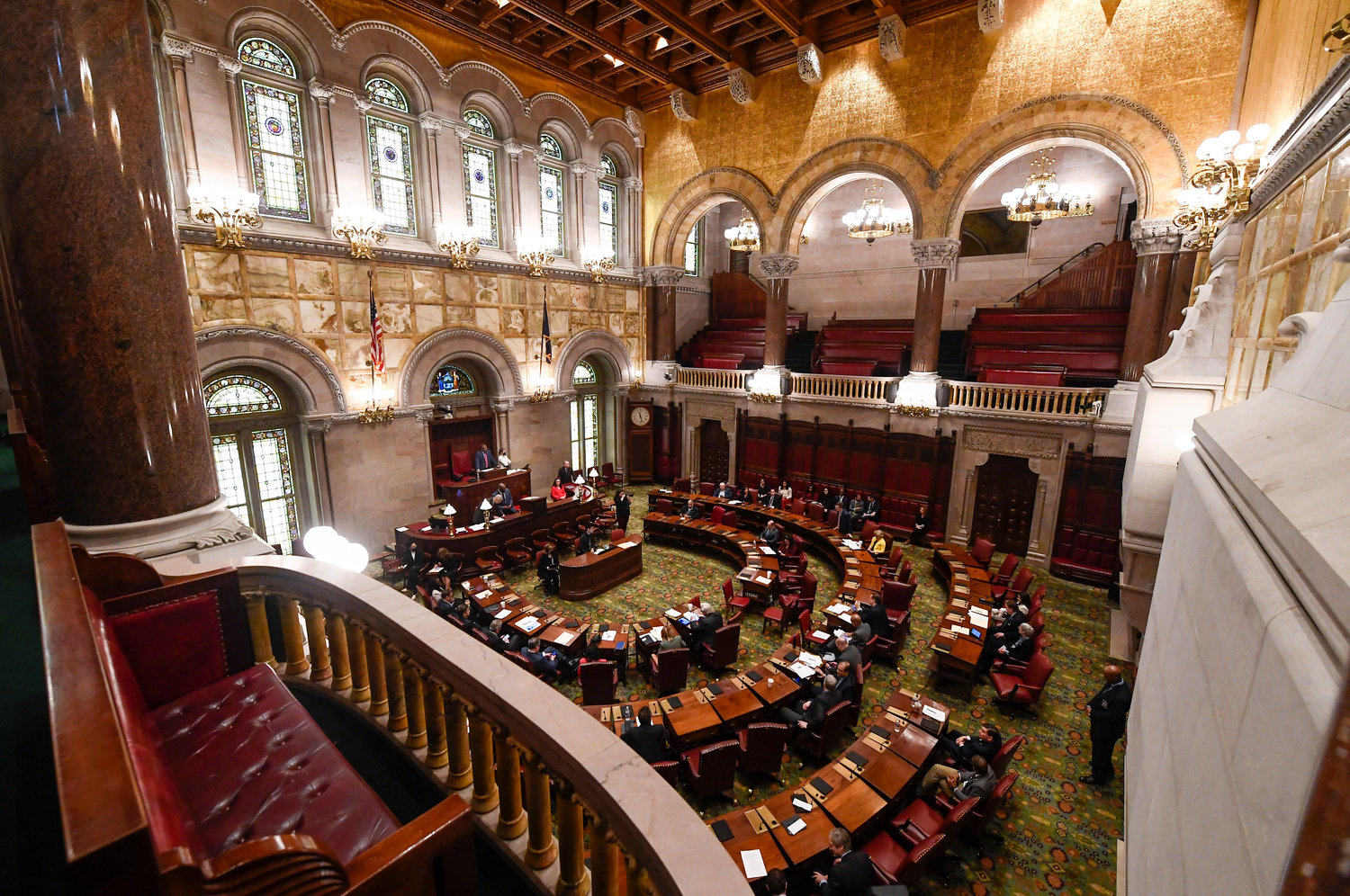 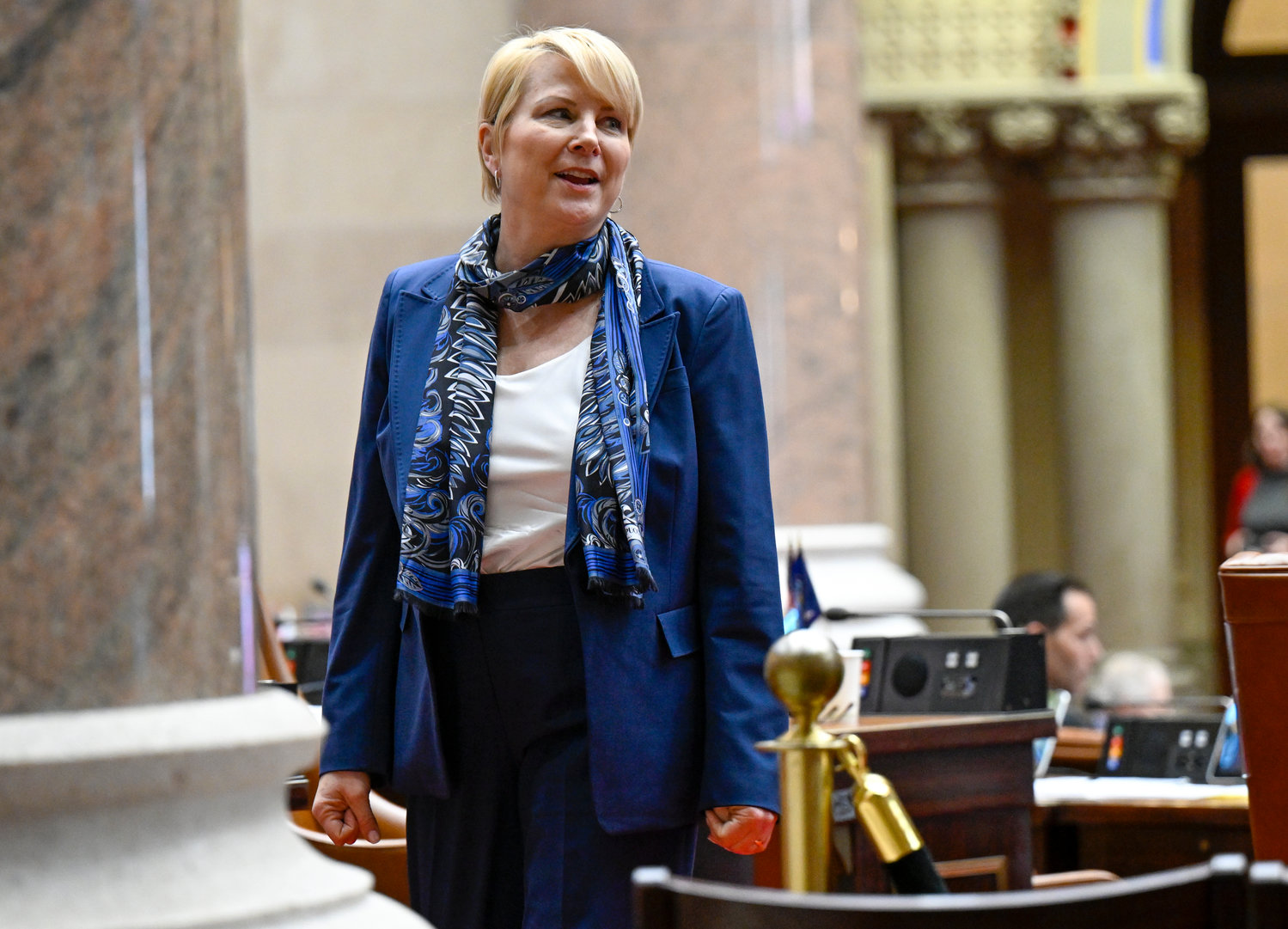 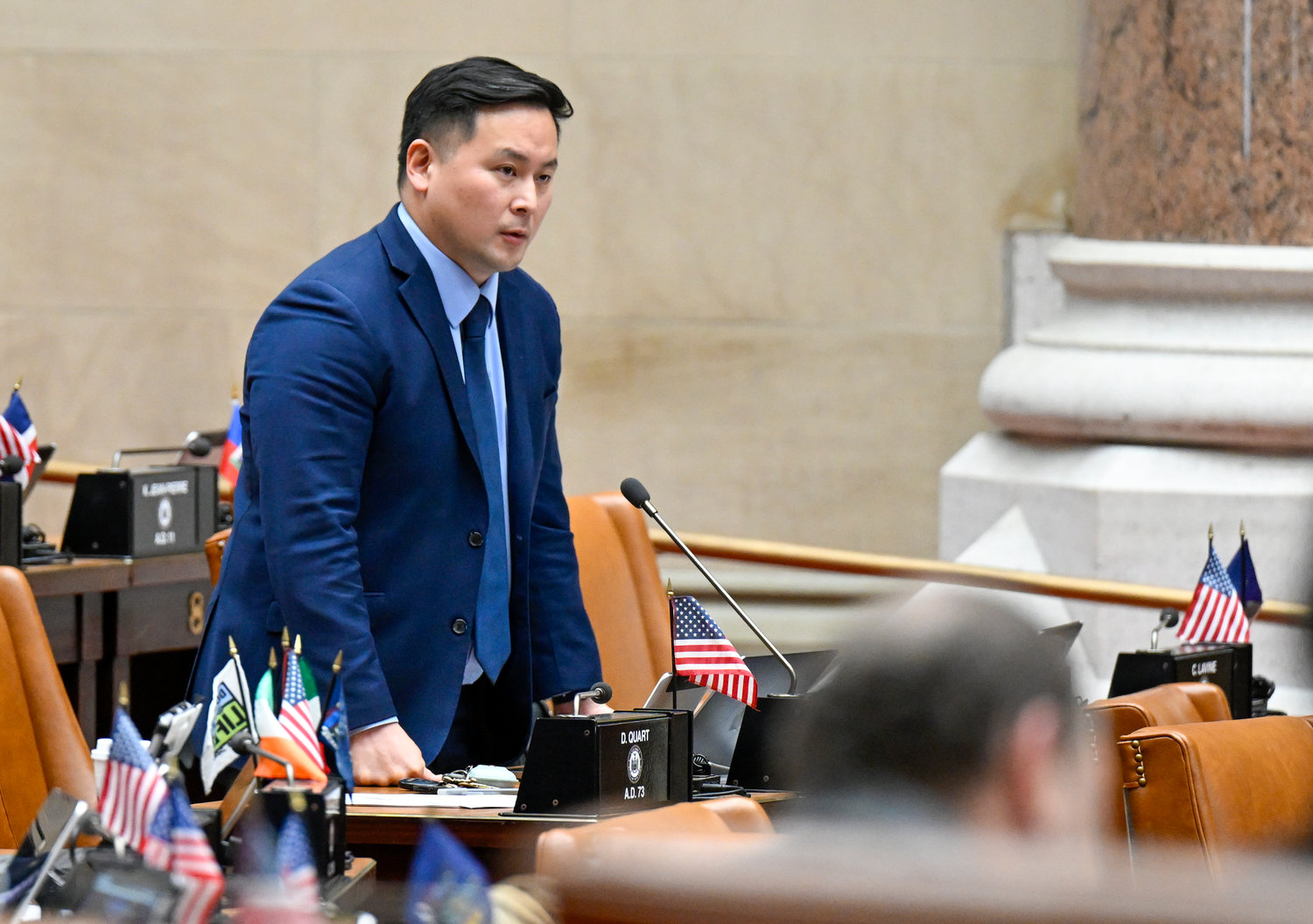 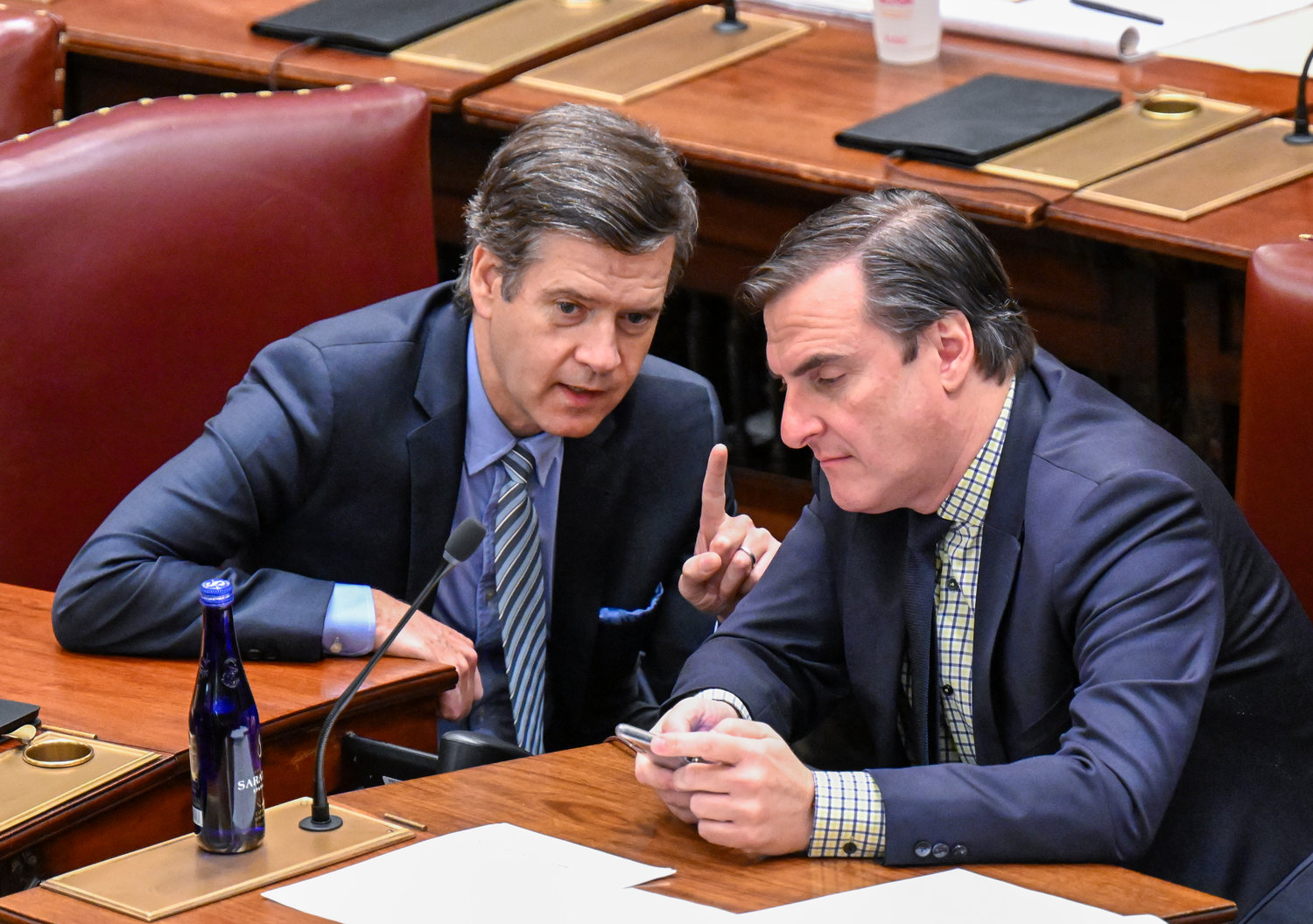 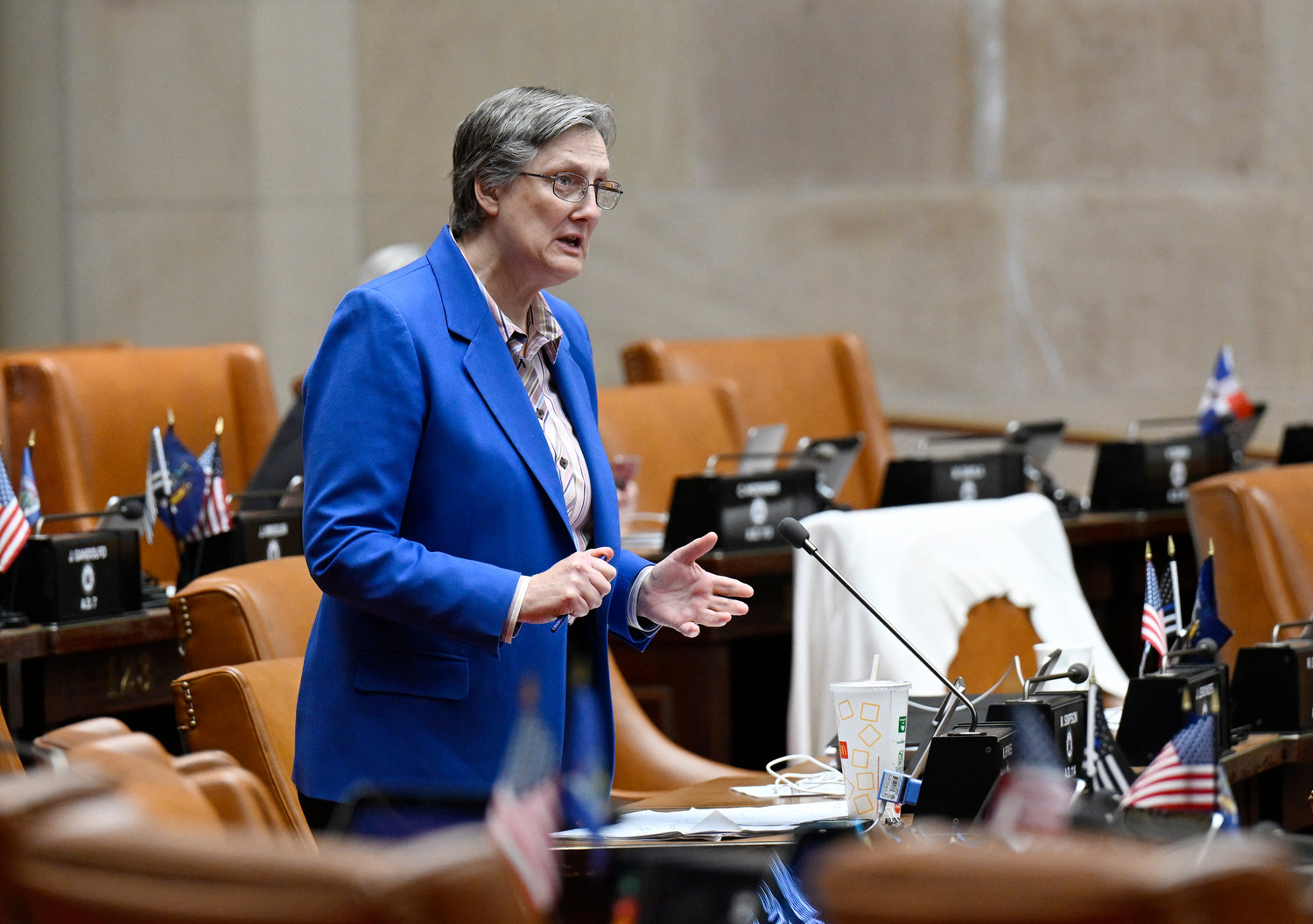 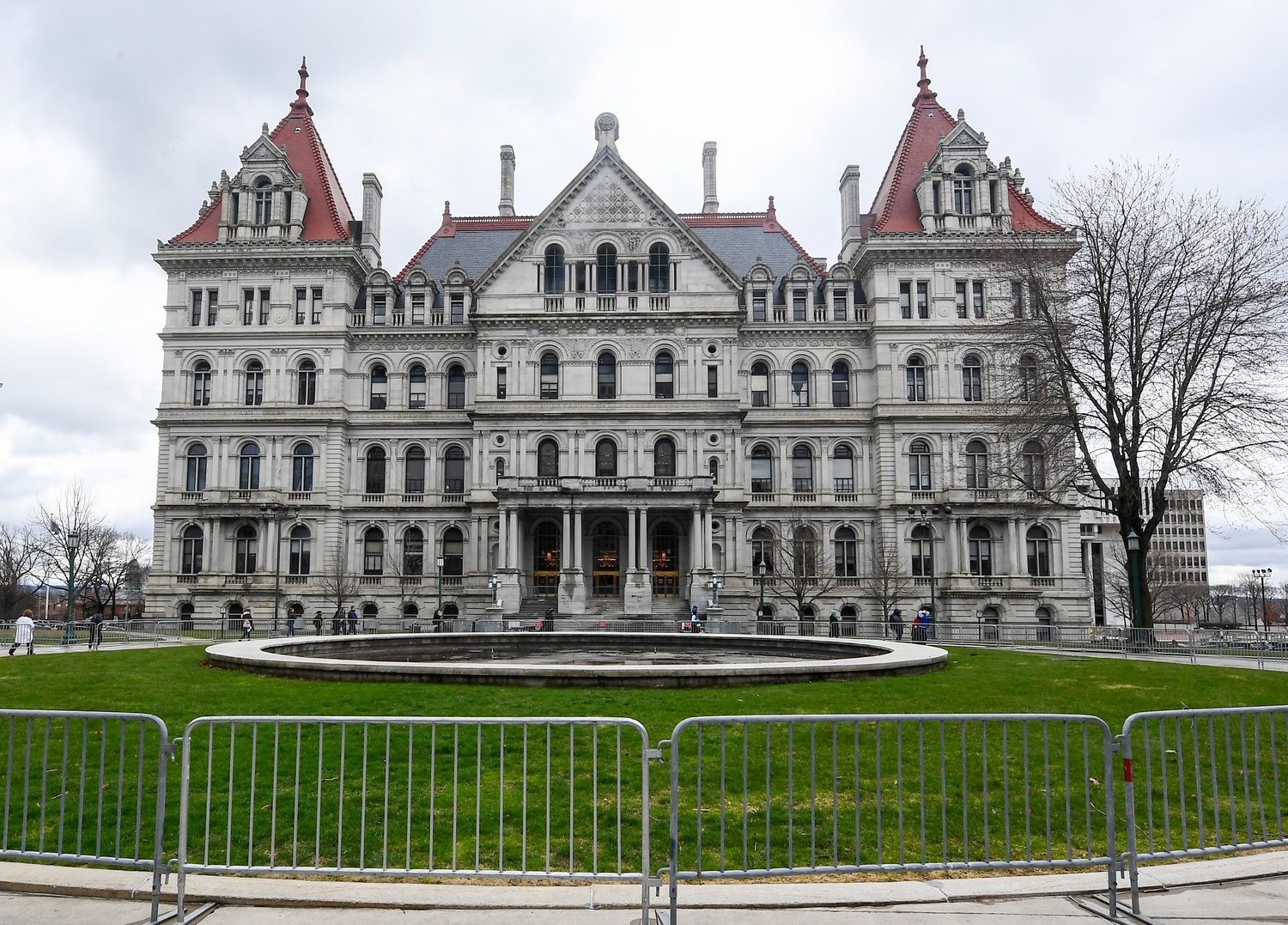 View of the the New York state Capitol, Friday, April 8, 2022, in Albany, N.Y. New York‚Äôs legislature is working to polish off a state budget that commits billions of dollars to social programs and bolsters health care workers, and also tinkers with rules governing when criminal defendants can be jailed before a trial. (AP Photo/Hans Pennink)
AP 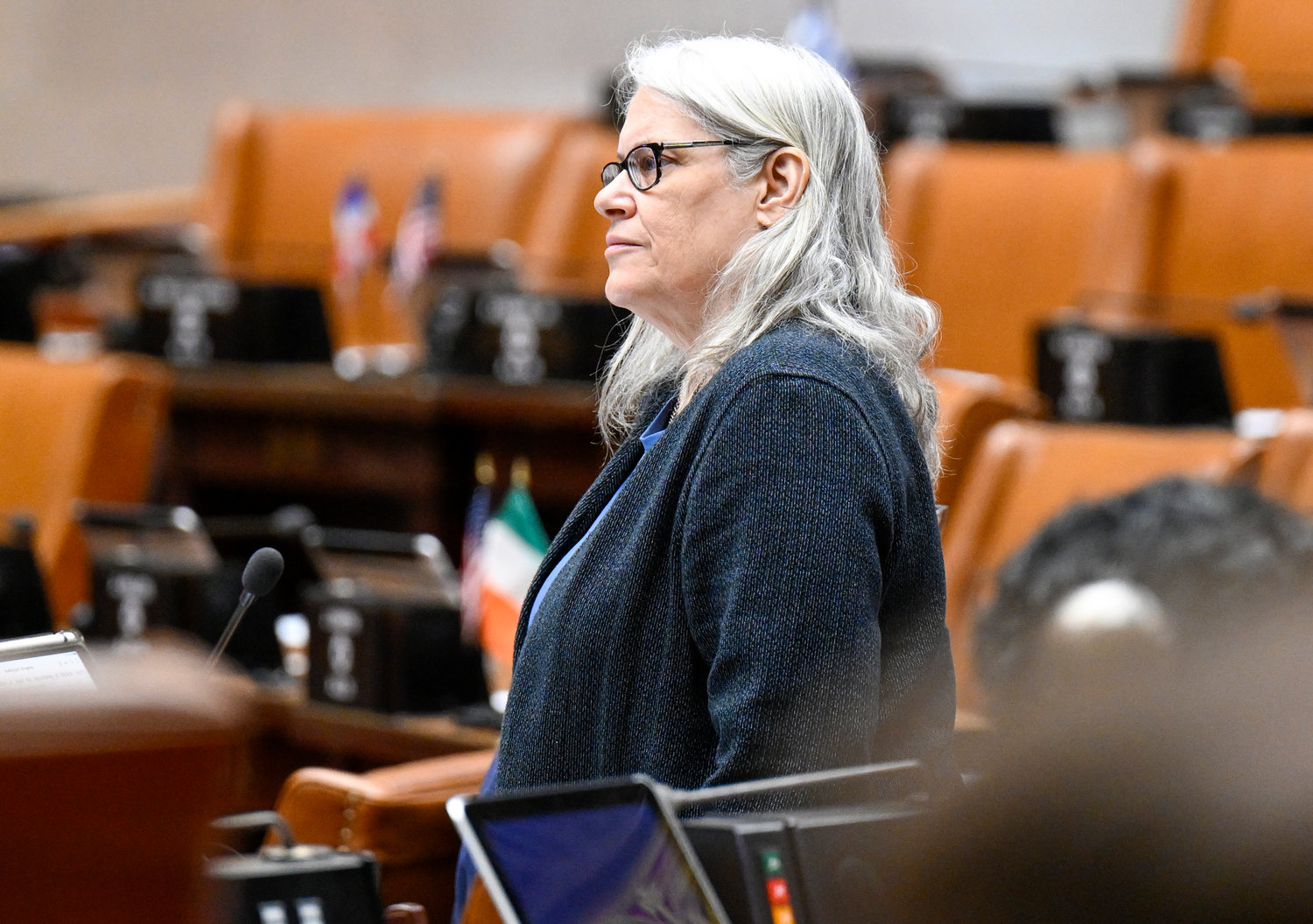 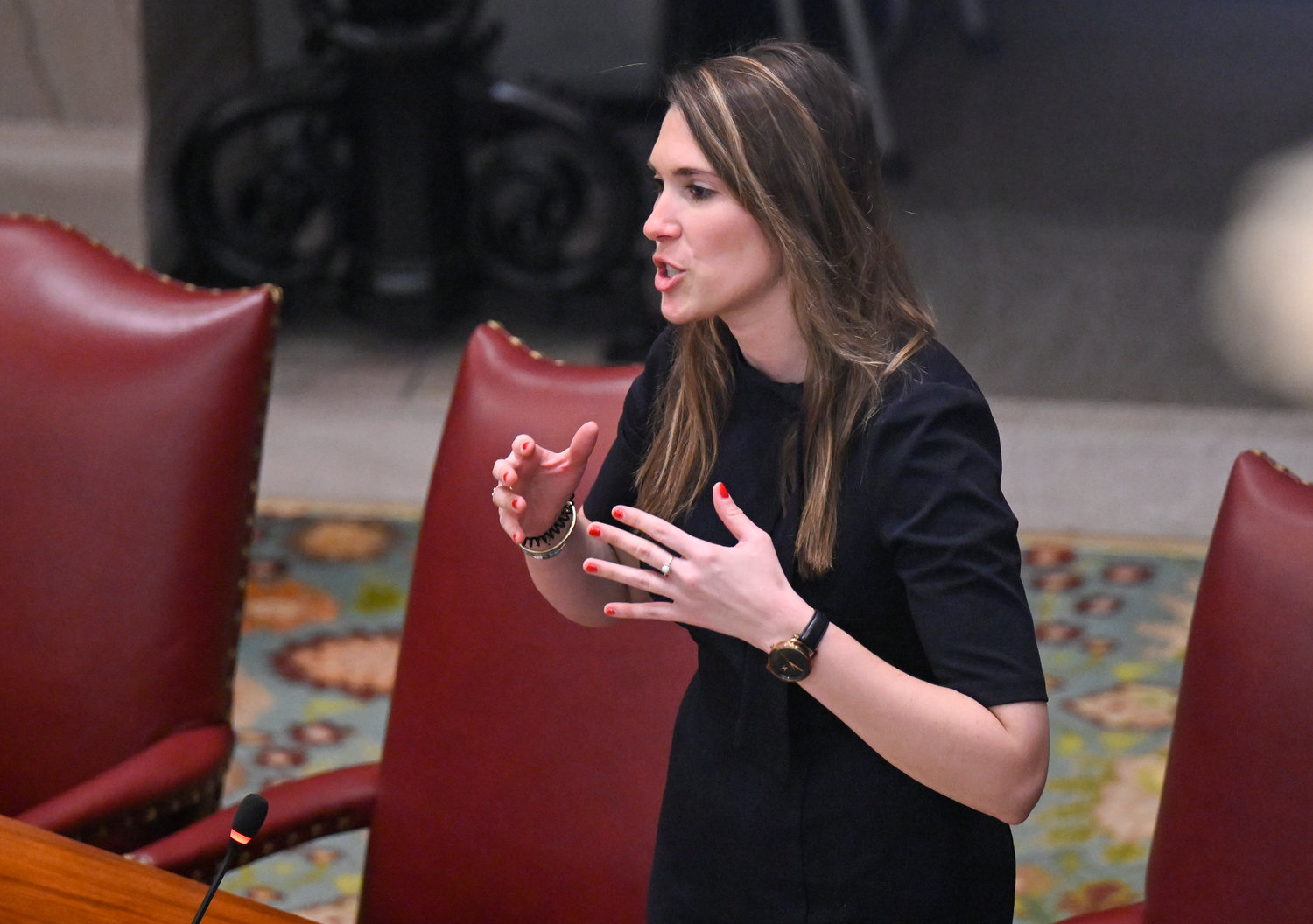 The Senate and Assembly began taking votes Thursday and Friday on parts of the one-year spending plan, which contains a cornucopia of policy initiatives, including pay bumps for health care workers and suspending the state’s gas tax through December because of high fuel prices.

Lawmakers awaited details Friday on one of the most contentious parts of the budget being negotiated behind the scenes: changes to the state’s bail law and Kendra’s Law, which allows authorities to order psychiatric treatment for people with serious mental illness.

Gov. Kathy Hochul said she doesn’t want to undo a landmark 2019 bail law that did away with pretrial incarceration for people accused of most nonviolent offenses. But she faces pressure from centrist Democrats and Republicans who want legislative action in response to a rise in violent crime during the COVID-19 pandemic.

Hochul gave a rough outline to the bail deal Thursday, saying that it would give judges more power to jail people who were repeatedly ticketed for minor offenses like petty theft or turnstile jumping.

Criminal justice advocates are worried a crackdown on repeat low-level offenses could lead to more poor and minority New Yorkers being held behind bars while awaiting trial.

“Bail-setting in gun cases has actually increased in the last year, and the same is true for so-called ‘repeat offenders,’” Scott Levy, managing director of policy at The Bronx Defenders, said in a statement.

“Judges already have broad discretion to set bail in most cases where a person is rearrested.”

Advocates also awaited details on a possible extension and expansion of Kendra’s Law, which gives the state the power to order mental health treatment for people perceived to be a threat to themselves or others. Hochul said Thursday the law would be expanded in the budget, but didn’t offer specifics.

New York passed that law on a trial basis in 1999, when 32-year-old Kendra Webdale was pushed in front of a subway train by a man living with untreated schizophrenia.

The law is set to expire June 30 unless legislators grant yet another extension.