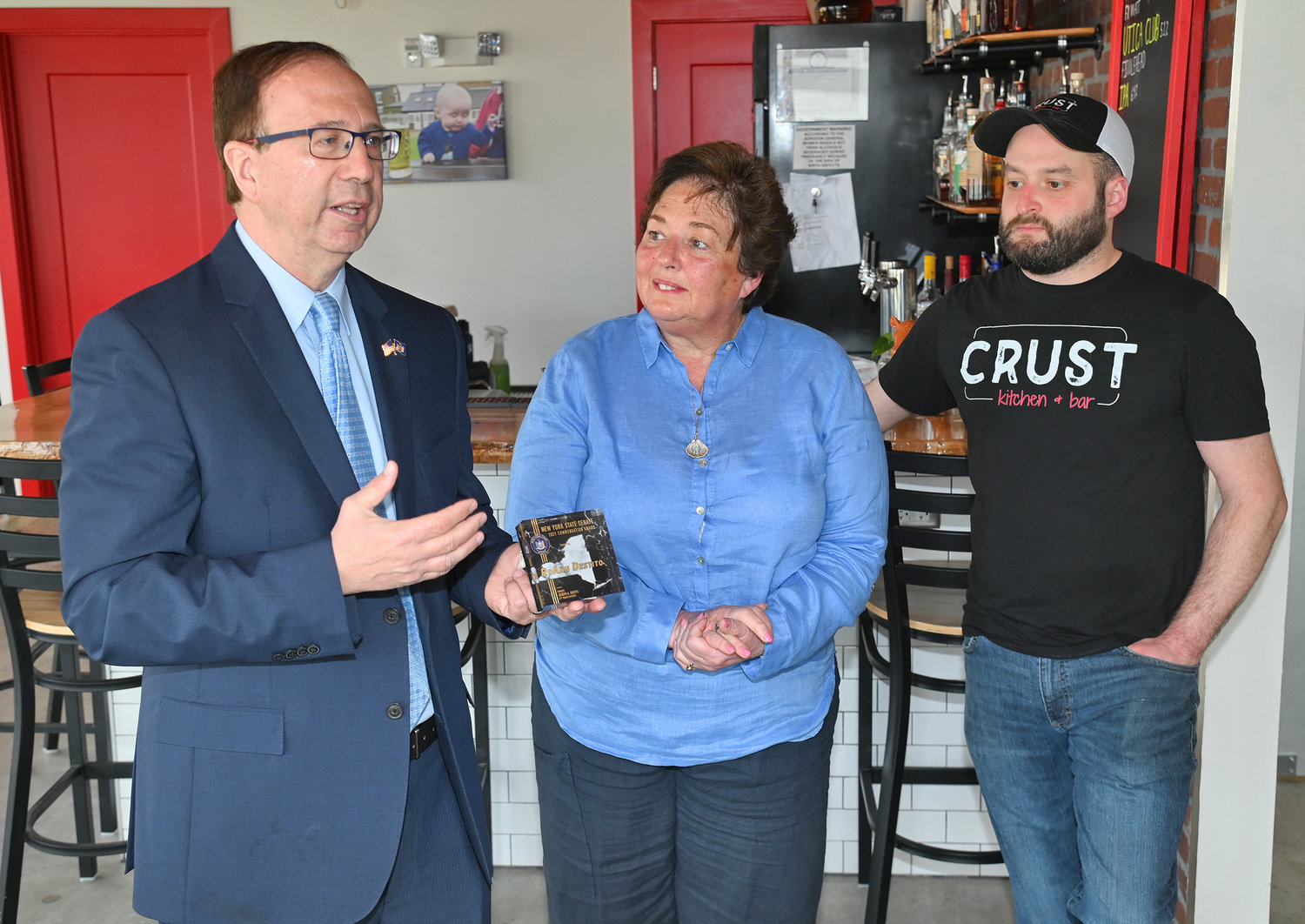 HONORED — State Sen. Joseph A. Griffo, R-47, Rome, presents a New York State Senate Commendation to RoAnn Destito, center, while her son, Christopher Destito, looks on. The commendation, presented in a ceremony at the Crust Kitchen and Bar, 86 Hangar Road West, honors the former assemblywoman and Office of General Services commissioner for her longtime career in public service.
(Sentinel photo by John Clifford) 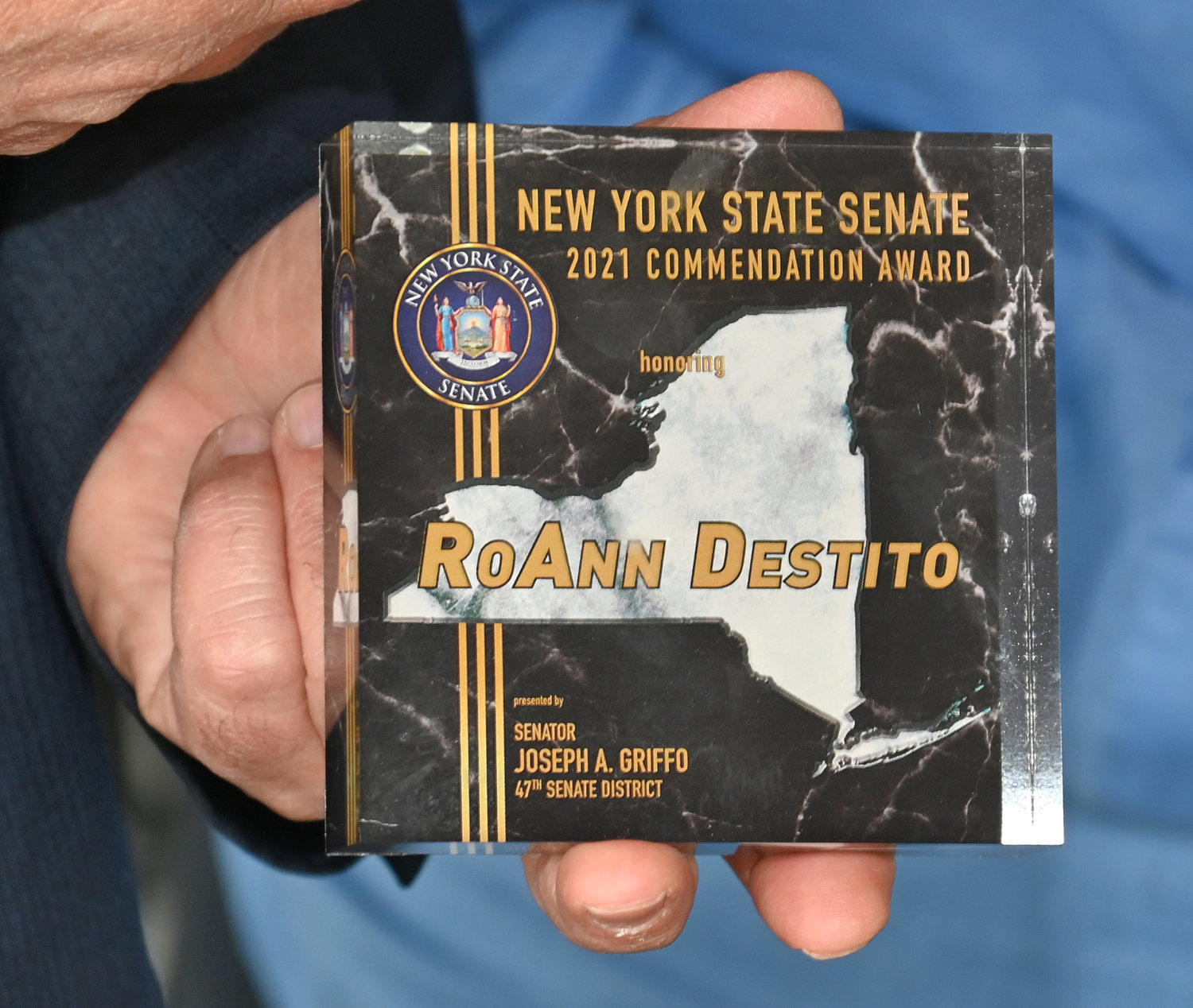 The award given to RoAnn Destito by Joe Griffo
(Sentinel photo by John Clifford)
Previous Next
Posted Thursday, April 28, 2022 9:30 am

ROME — RoAnn Destito, a former area assemblyperson and commissioner of the New York State Office of General Services, was awarded a New York State Senate Commendation by Sen. Joseph A. Griffo, R-47, Rome, during a ceremony on Monday at the Crust restaurant, 86 Hangar Road West on the Griffiss Business and Technology Park.

“The award recognizes exceptional people who have made a lasting contribution to their community,” said an announcement by Griffo.

Destito served as OGS commissioner from May 2011 until her retirement in 2021, becoming the first woman to be appointed to head that office in state history.

During her tenure as commissioner, Destito oversaw renovations to the state Capitol in Albany as well as other state buildings; the reopening of the Empire State Plaza’s ice rink and adding businesses and restaurants to the plaza; creation of the Division of Service-Disabled Veterans’ Business Development; and building a new expo center at the State Fairgrounds in Syracuse.

“I am pleased to recognize RoAnn and to present her with a New York State Senate Commendation,” Griffo said.

“RoAnn has been a hardworking and dedicated public servant and fierce advocate for the region,” the Rome Republican added. “Throughout her time in state government, and now in retirement, RoAnn has demonstrated remarkable
leadership and shown a strong commitment to improving her community, the Mohawk Valley and New York State,” Griffo said.