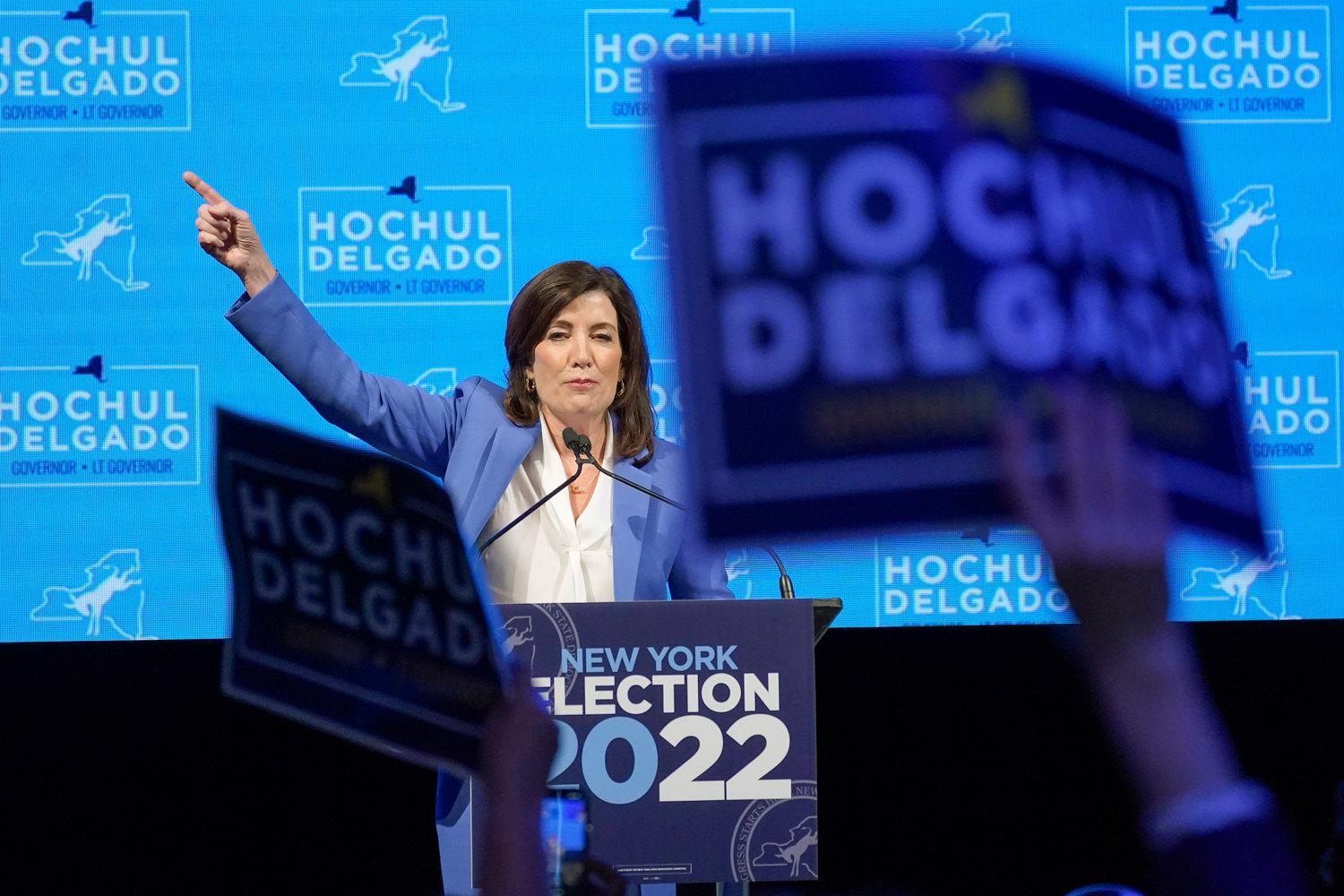 She defeated Republican congressman Lee Zeldin, an ally of Donald Trump who ran a campaign focused on rising violent crime. Hochul had been expected to win but Zeldin made the race competitive in the final weeks.

Hochul sought to portray herself as a defender of abortion rights and Zeldin as too “extreme and dangerous” because of his ties to Trump and his vote against certifying the 2020 election results.