The second production of the Rome Community Theater 2022-23 season opens Friday, Dec. 2, with the Neil Simon comedy “Laughter on the 23rd Floor.” 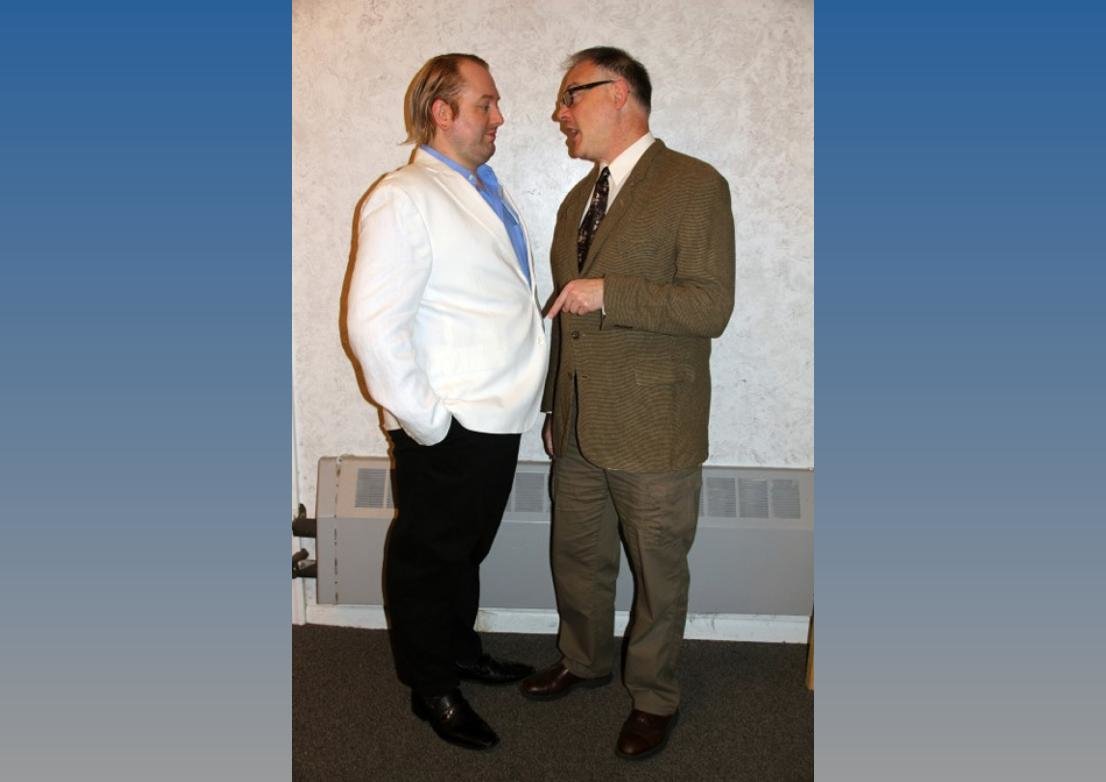 Starring in Rome Community Theater’s Laughter on the 23rd floor are Tim Huey as Milt, and Tom Capozzella as Val.
(Photo submitted)
Posted Wednesday, November 30, 2022 11:40 am

ROME — The second production of the Rome Community Theater 2022-23 season opens Friday, Dec. 2, with the Neil Simon comedy “Laughter on the 23rd Floor.”

Performances continue Saturday and Sunday and again the following weekend, Dec. 9-11. Curtain time is 7:30 p.m. on Fridays and Saturdays, with a 2:30 p.m. matinee on both Sundays. The playhouse is located at 8911 Turin Road.

“Laughter on the 23rd Floor” is one of Simon’s autobiographical Broadway hits. It opened in 1993. Over the years, several revivals and a movie version have followed. Some notable actors who have played roles in this comedy include Nathan Lane, Ron Orbach, Richard Benjamin and Gene Wilder.

The show focuses on the star and writers of an NBC TV comedy-variety show inspired by Neil Simon’s own early career experience as a junior writer for Your Show of Shows and Caesar’s Hour.

The storyline also has been seen as a poke in the nose to the 1950s network television executives who forced Sid Caesar to dumb down his product and eventually leave the airwaves even though the TV comic garnered numerous Emmy awards and high audience ratings.

The show contains adult language and is presented by arrangement with Concord Theatricals on behalf of Samuel French, Inc.

The production is under the direction of Eileen Tiller-Clanton. Maria Rich is the producer. Corrie Aldrich is the stage manager. The stage set was designed and constructed by John Frank and David Clanton. Mike Sharp handles lighting and sound. Kirstin Flynn Walker is in charge of costumes. Ann Tabrizi and Nancy Novak are responsible for the stage properties.

Rome Community Theater season ticket holders are reminded to use their Tom, Dick and Harry ticket for admission to “Laughter on the 23rd Floor.” Tickets are available to the public, priced at $15. General seating tickets will be available at the door for each performance beginning one hour before curtain time. Tickets are also available online from the RCT website www.romecommunitytheater.org.