Lauren Cupp hit the pin with her second shot on the final hole of the Rome City Women’s Amateur Golf Championship Monday then tapped in a putt to claim her ninth title. 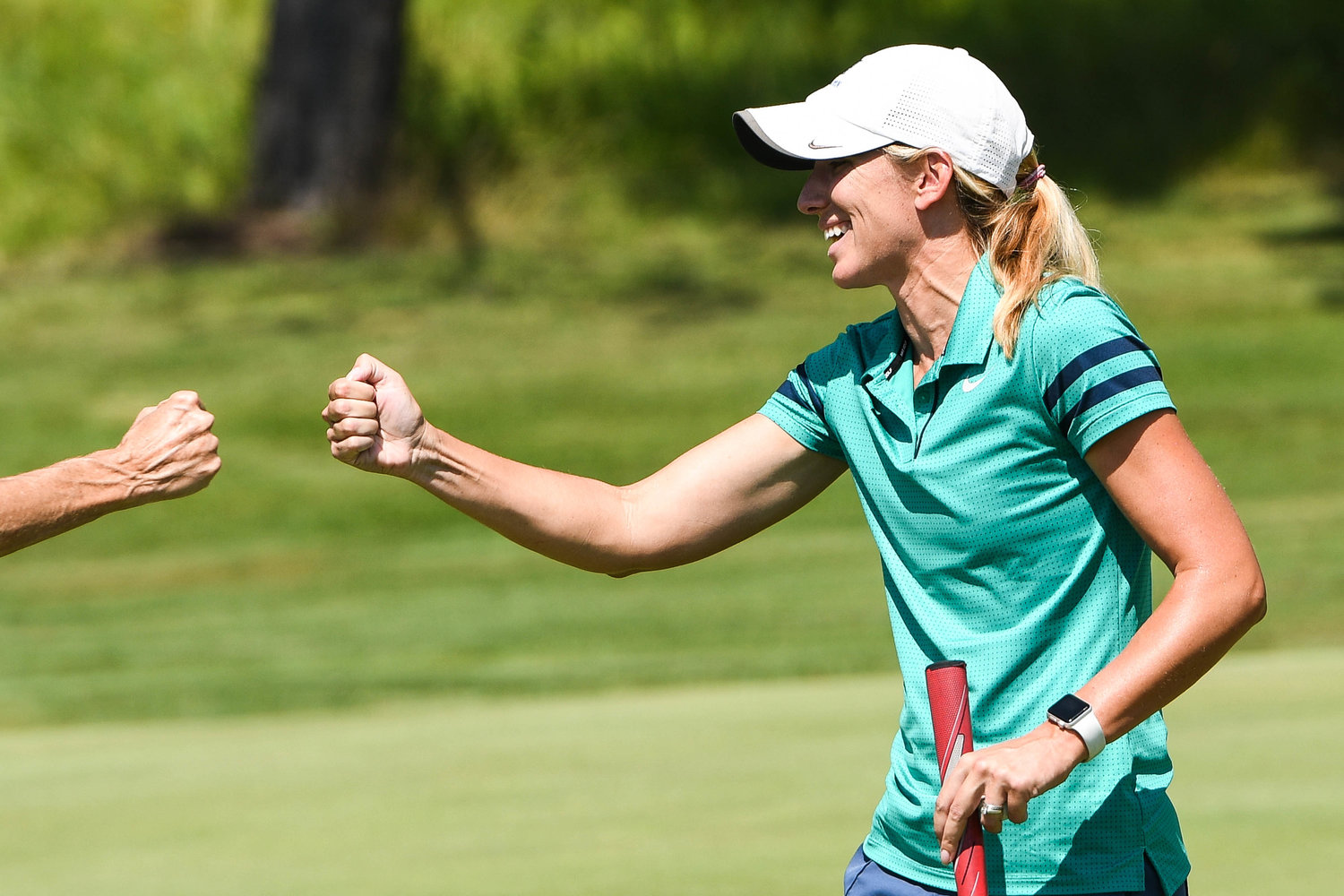 Lauren Cupp celebrates after completing the Rome City Women’s Amateur Golf Championship on Monday at Rome Country Club. Cupp shot a 69, a women’s course record, to lead the field of 16 golfers. It was her ninth title.
(Sentinel photo by Alex Cooper) 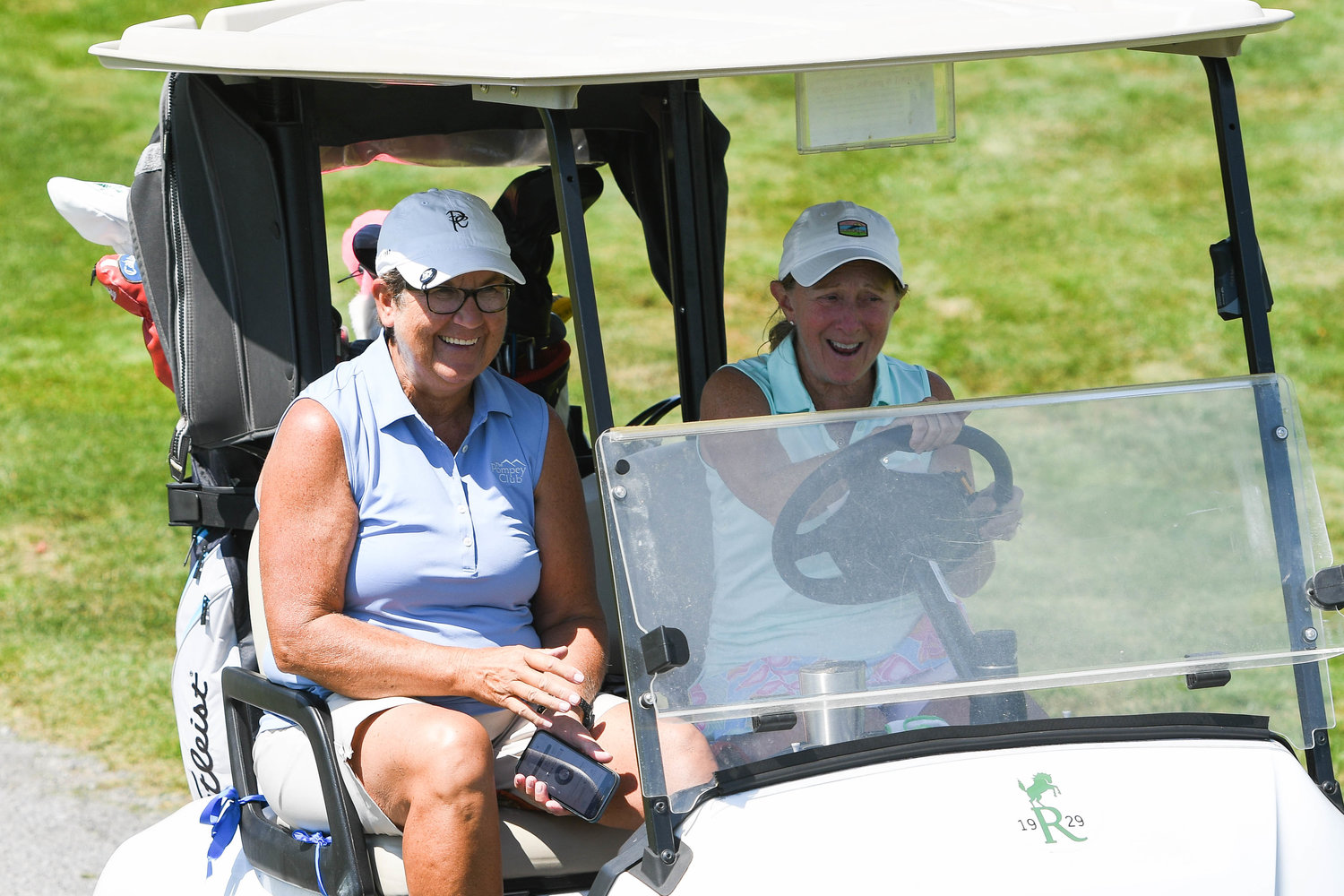 Jo Benoit, left, and Pam Meehan smile while heading to their next shots in the Rome City Women’s Amateur Golf Championship on Monday at Rome Country Club.
(Sentinel photo by Alex Cooper) 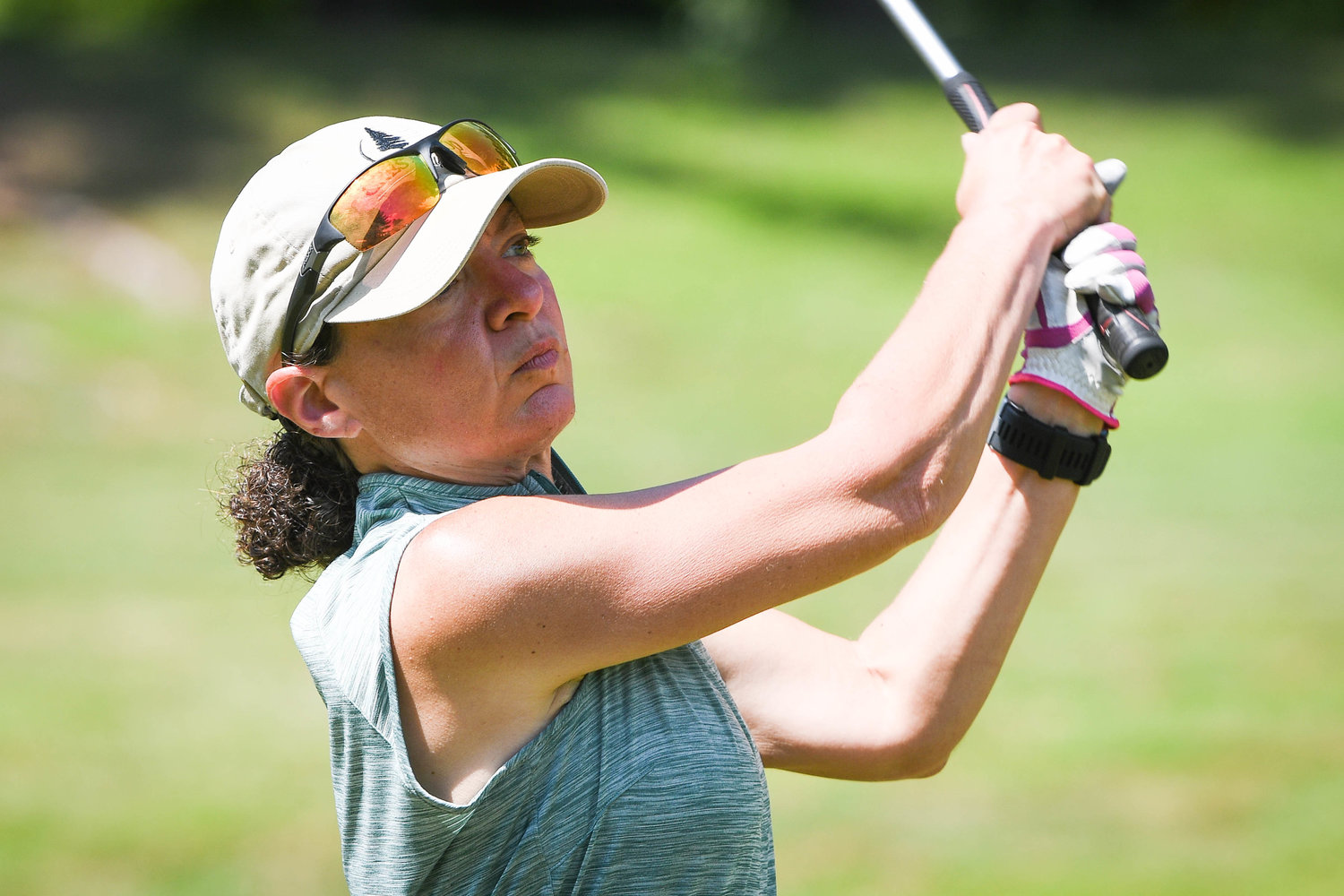 ROME — Lauren Cupp hit the pin with her second shot on the final hole of the Rome City Women’s Amateur Golf Championship Monday then tapped in a putt to claim her ninth title. Her score of 69 was a women’s record at Rome Country Club.

The 53rd city championship had 16 competitors on a day when temperatures were in the high 70s and conditions were breezy.

“A sluggish start today,” Cupp said of her round. “I bogeyed the first two holes.”

Her group started on the first hole while others spread out around the course for a shotgun start. Cupp was four over par after six holes. “I knew I had to try to make a move on the par-5 coming up.” And she did, eagling seven and following it up with a birdie and another eagle. “The putter was a little slower to start,” she said.

After a three on hole 17 she said she knew she had it in her. “That was a pretty fun, exciting finish.”

And now Cupp turns her sights to a 10th title, a milestone she said that “would be pretty special.”

Patty Schaefer, who tied Teresa Cleland for second with an 81, has played the event about a half dozen times. The New Hartford resident is a club member at Yahnundasis in New Hartford.

“I thought that was great, a great round for me. Course was in nice shape,” Schaefer said after the round.

Starting the day, “I thought if I shot mid-80s I’d be very happy.” She did better than her goal, even with a seven on hole 11, she noted. “I was driving the ball and I was putting well. That made me happy because I’ve struggled all year with putting.”

Schaefer said she’ll definitely be back for next year’s event. “I love it.”

“We had a field of really great golfers,” said Cupp, who is also the event coordinator.

“We’d love to grow the event a little by promoting it a little earlier.”

Here are the scores for the tournament: